Day Eighteen: Four out of Five

We splurged and spent the extra $20 so we could have a private jeep for our last safari. This allowed us to  dictate our early pickup time... 6 am for maximum animal viewing opportunities, and when to stop and when to go during the day.

In Nakuru, the National Park is more wooded and lush than the Mara. There's is a large lake and a series of wetlands accentuated by the fact that there has been unprecedented flooding (it seems to follow us!). 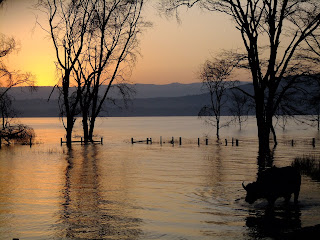 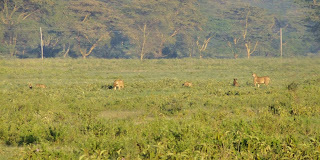 Within minutes of driving through the park, we spotted two lionesses and four cubs hovering over a recent kill. These lions are notable because they are a rare form of tree-climbing lions. Sadly, as hard as we searched that day, we did not see any lions or leopards in the trees. 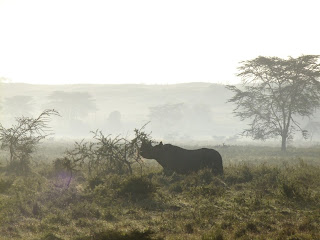 In the same field of view, a rare black rhino grazed on bushes and small trees, which he did by tearing it to the ground. We had just achieved our fourth out of five 'Big Five.' 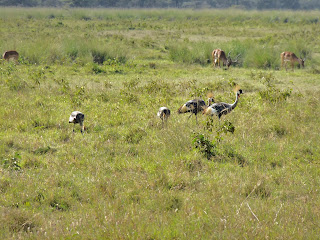 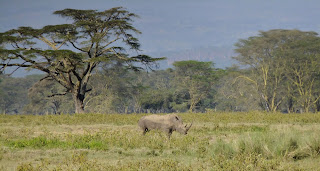 We loved the beauty and tranquillity the park offered after the crowds of the Masai Mara, but being right next to a city meant that the 180 sq km park was fenced in, giving it a less wild feel.

Now we have just one more day left in Kenya before moving on to Uganda.
Posted by Craig & Erin at 10:22 PM