April 1st: The Trip Takes a Turn That's Out of This World

We had an eventful week since our last post! After our time with the orcas we hopped on a plane for the first time in a while. Sadly it was not the only one. After 4 connections and a 3 hour shuttle ride we arrived (a little weary) in the middle of a desert! The shuttle trip from Albuquerque gave us some time to talk with other travel bloggers who had been selected for this once in a lifetime opportunity; we definitely felt like the newbies in the bunch. Some of them have been on the road for the better part of a decade, and others have been to every country (except South Sudan).

We were in the desert not for the stunning scenery but for a sneak peak of the upcoming Virgin Galactic suborbital flights, which is to say going into space!!! (just barely)

Erin was less excited than Craig but any worries were washed away as we were taken through what the experience would entail (not to mention that we were saving a combined $500,000). Our craft, with 2 crew and 6 passengers was to be attached to the mother ship until 52,000 ft. Then we separate and fly up to 100km above the earth, just past the Karman line and technically into space. We would only experience weightlessness for roughly 6 minutes but that certainly seemed long enough to fulfil a life goal for Craig. 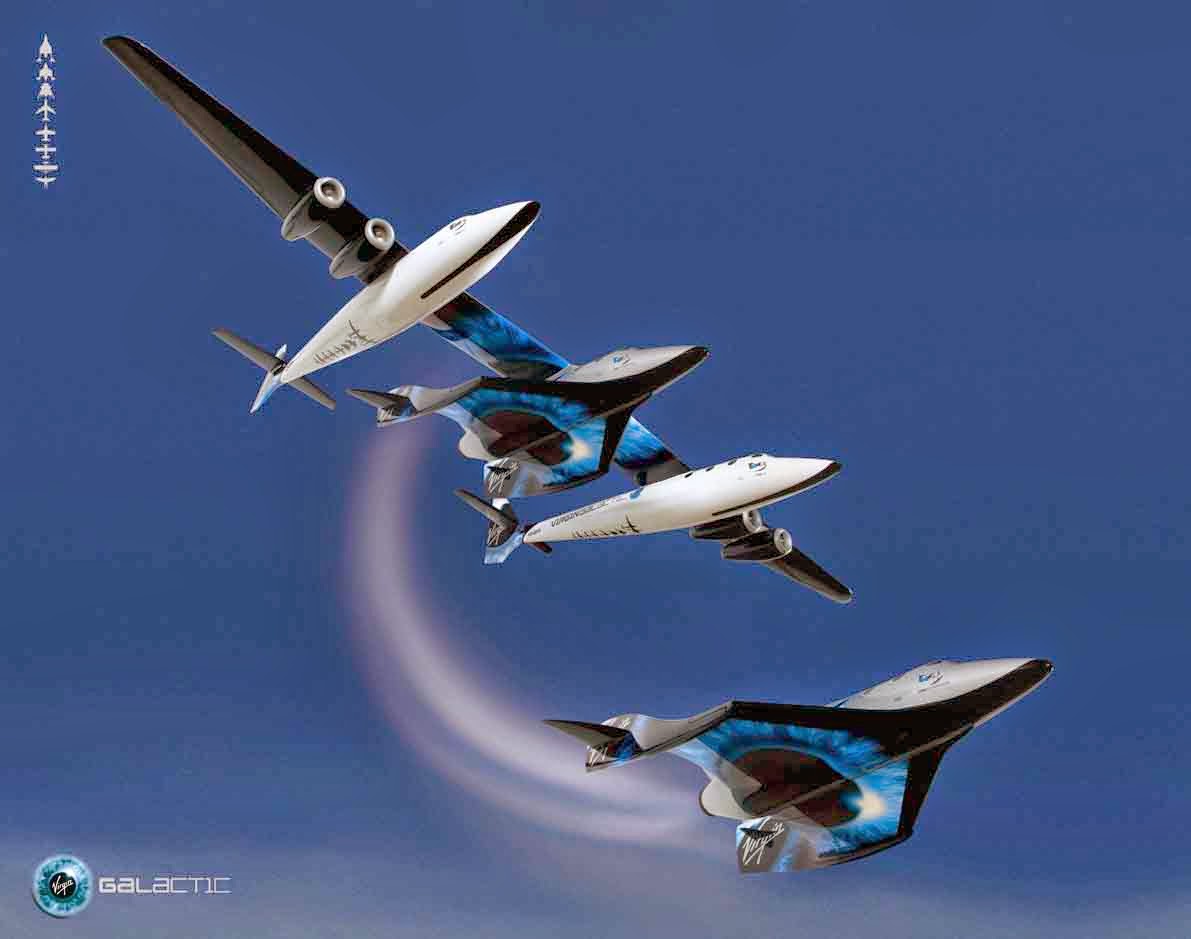 The next day bright and early we were squeezing into our jump suits and boarding the surreal spacecraft for what would most likely be the most surreal moment of our lives. The craft was full of nervous excitement. As we would all have to write about the experience later we possibly spent too much time in our heads trying to remember exact feelings and think of a cool way to describe the indescribable. After the detachment neither of us could tell you much of what happened with any of the other passengers; our faces were firmly glued to one of the three small circular windows.

As the earth began to curve beneath us and the weight was being lifted off of our shoulders quite literally, it took a moment to relax as the feeling was like reaching the top of a rollercoaster. When the drop never arrived and the fasten seatbelt light was turned off it was the most magical moment of our lives. Weight is something humans were never supposed to experience.

As we weren't allowed items with us for the flight (imagine 6 carry-on bags and their contents floating around) we have limited pictures and video that we are saving for our video which we hope to have up tomorrow. We aren't quite sure what we will do with the rest of our trip but the next stop has some HUGE shoes to fill!

Thanks, everyone, for the laughs. Happy April Fool's!
Posted by Craig & Erin at 9:08 PM