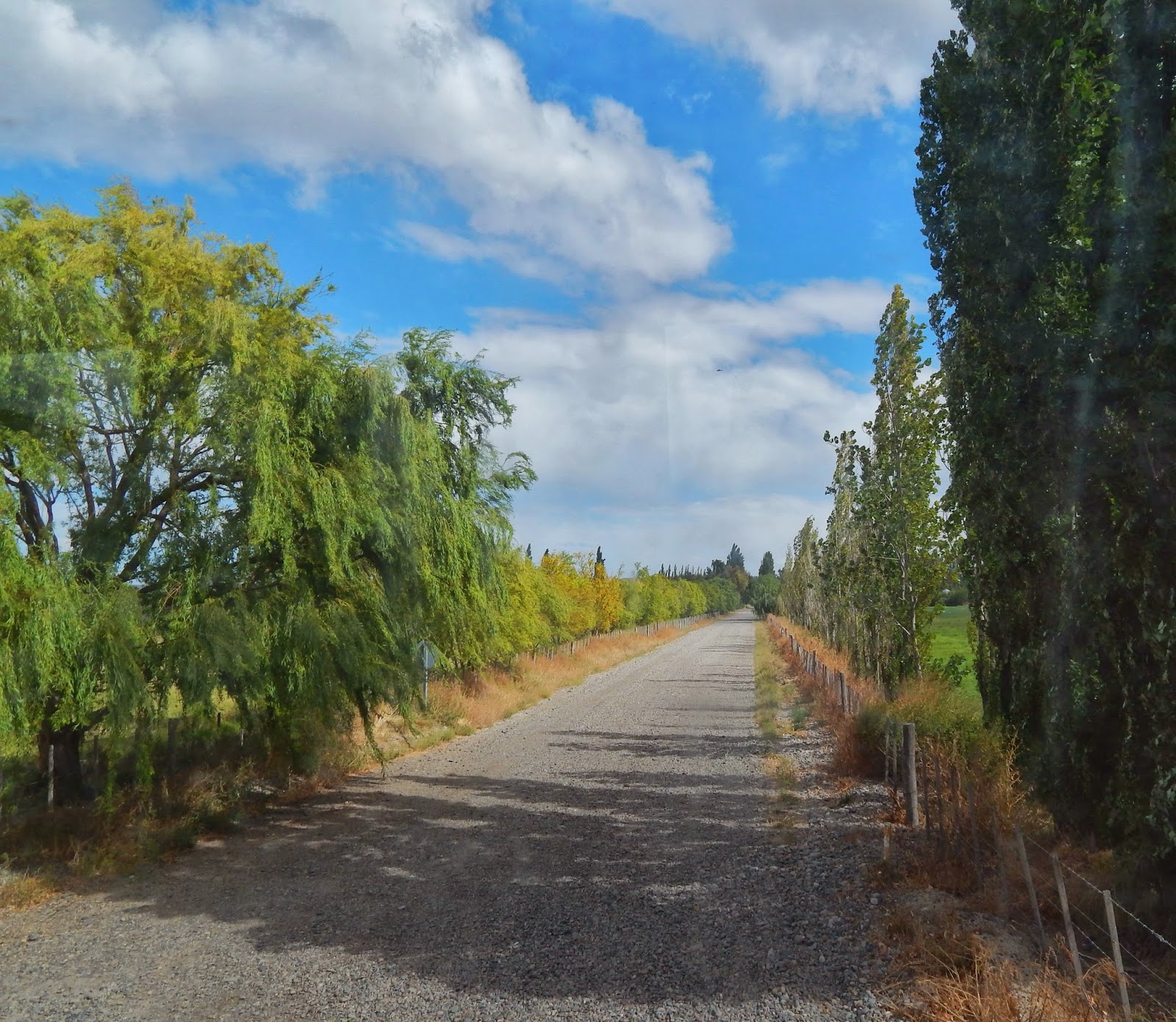 We took the first couple of days in Trelew to recover from our long journey. Erin was suffering from the cold that had been circling the ship, and we had lots of planning ahead to work out. We looked at our time and budget and unfortunately had to cut Salta from our future plans. On the bright side, we booked our flights to Easter Island, then realized we would be there the day after Easter. 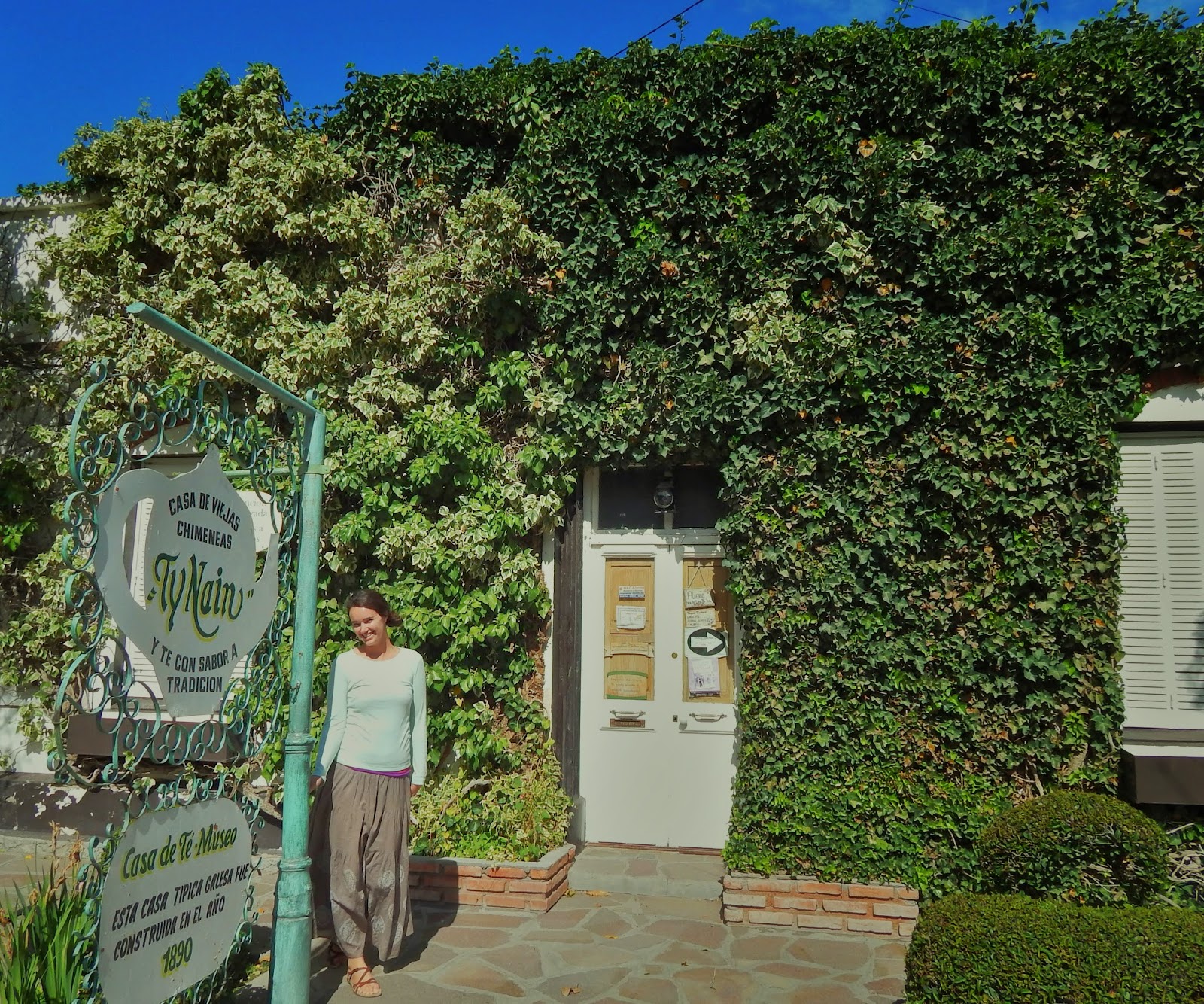 We knew there wouldn't be much in Trelew, but it was still a disappointment. Staying in a hotel meant not having a kitchen, so we were forced to go out once a day to eat in a restaurant. The rest of the time we tried to get buy on fruit and nuts and resorted to our good ol' El Chalten salad: canned lentils with tomato, pepper, and avocado. 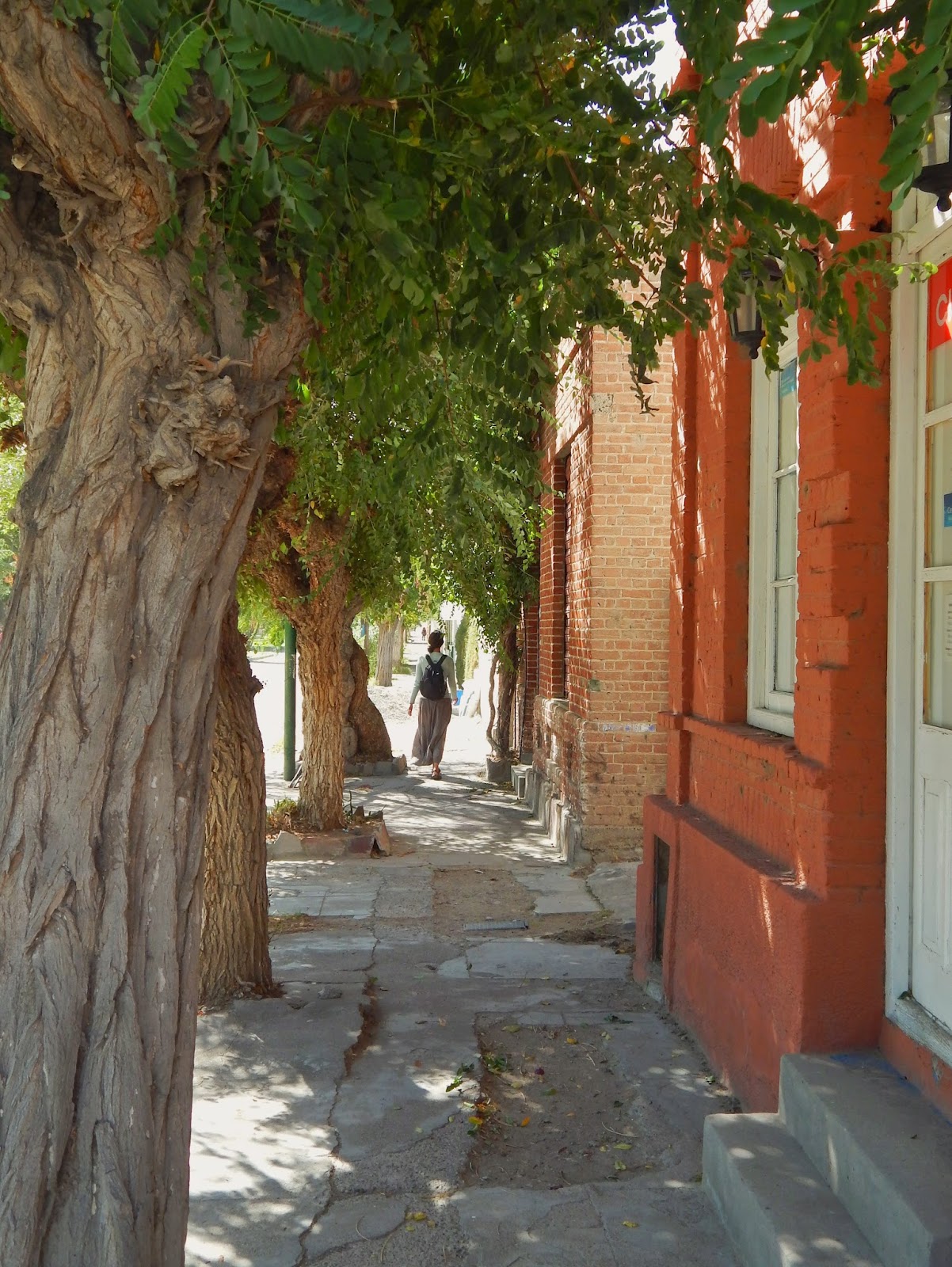 We were in Trelew to visit it and the surrounding townships founded by Welsh settlers hoping for a cultural experience that reflected Erin's heritage. So we opted to forgo the organized tour and venture out on our own to the nearby towns of Dolovan and Gaiman, both small Welsh villages.

The public bus took us along a windy road through some Alberta-inspired badlands, the land surprising us with its lack of fertility. A rusted sign showcased a red dragon welcoming us to Welsh country. We passed through Gaiman and continued on to Dolavon, supposedly less touristy and more "authentic' than its neighbour counterpart. We got off at the one bus stop and our eyes were caught immediately by the dinosaur playground and atmospheric water wheels. 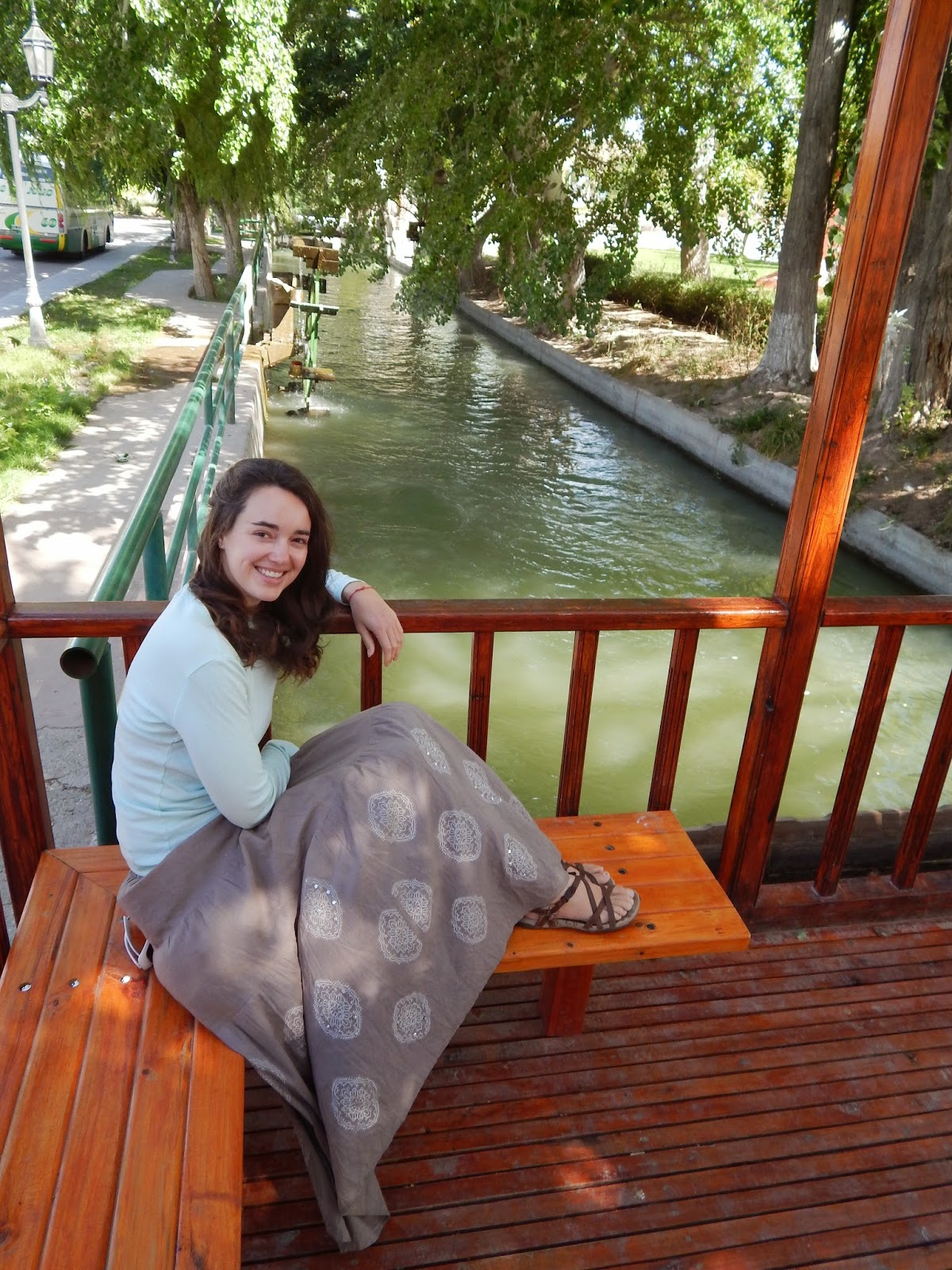 We strolled along the creek for a bit, enjoying the beautiful day, but quickly were reminded by our growling stomachs that it was time for our daily meal. Every store we saw seemed closed (either closed up or just on an early siesta). We eventually settled for a bag of chips from a convience store, and waited an hour for the bus to pick us up again. 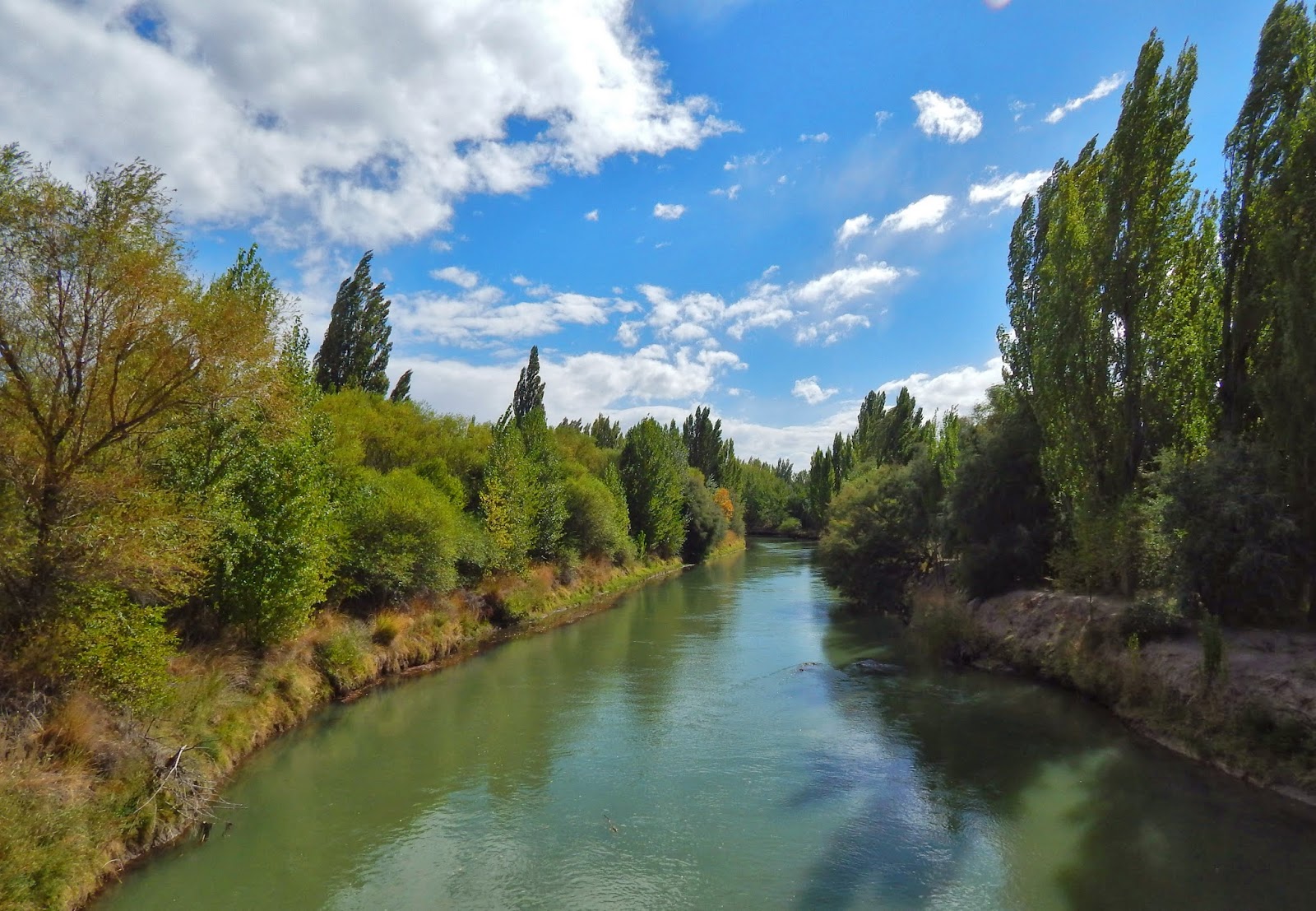 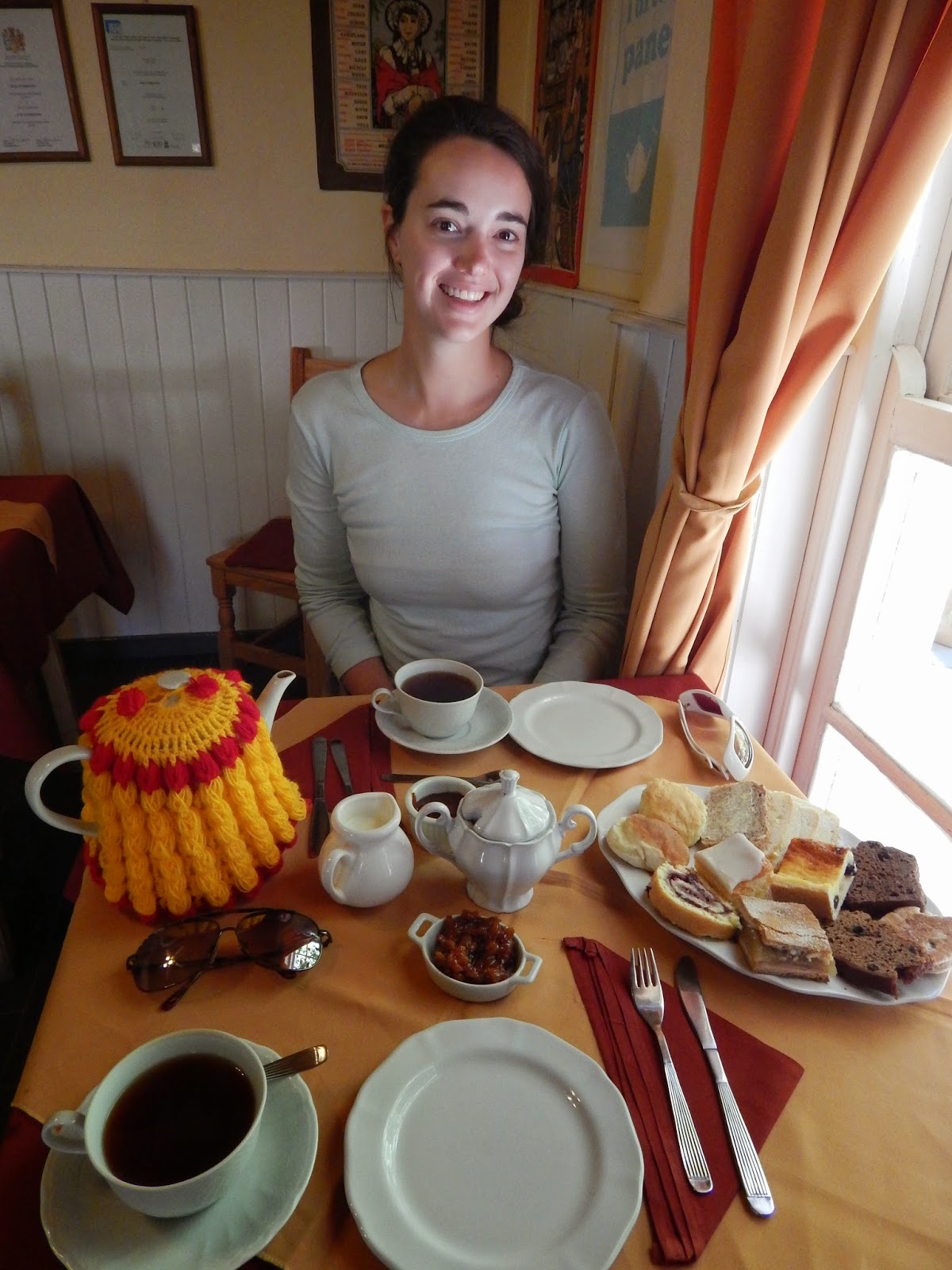 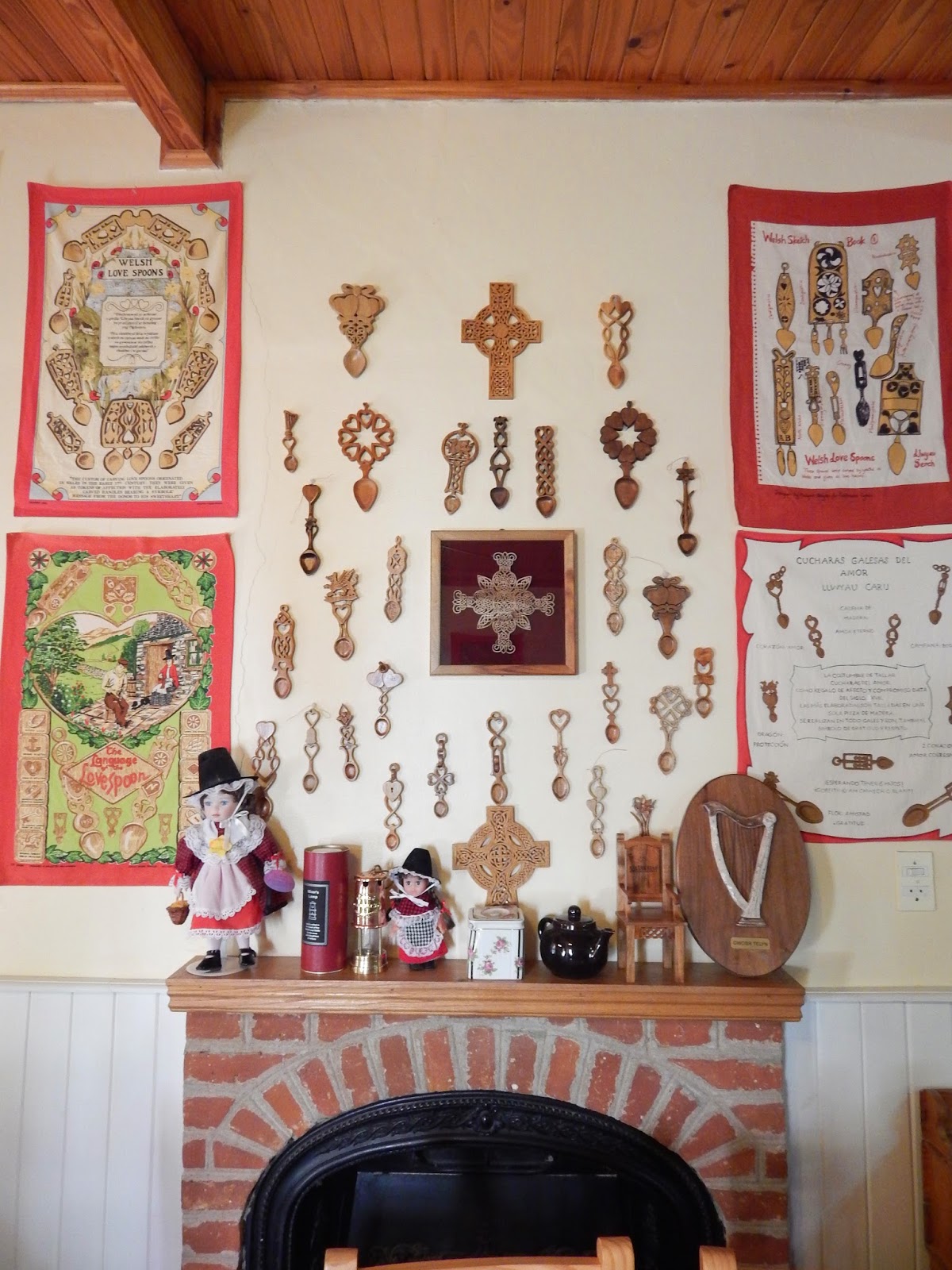 It was a similar story in Gaiman. We'd read to avoid the teahouses with tour buses outside if we wanted to keep to ourselves, but at this point, we were hoping we'd see a bus so we'd know that was a place we should go to! Most teahouses were also closed up tightly til 4pm, but we finally found one cute little cottage that would serve us. It was just what we were looking for as a Trelew experience: authentic Welsh tea complete with wall hangings and love spoons. The downside: it was Welsh tea and only Welsh tea. Erin would have to make do with only tea and a few nibbles at the icing on the many cakes put in front of Craig.

Although a long day filled by little, we enjoyed the walk in the sunshine and the welcoming teahouse. We found a restaurant back in Trelew and packed up our things, ready to be on the road again tomorrow. 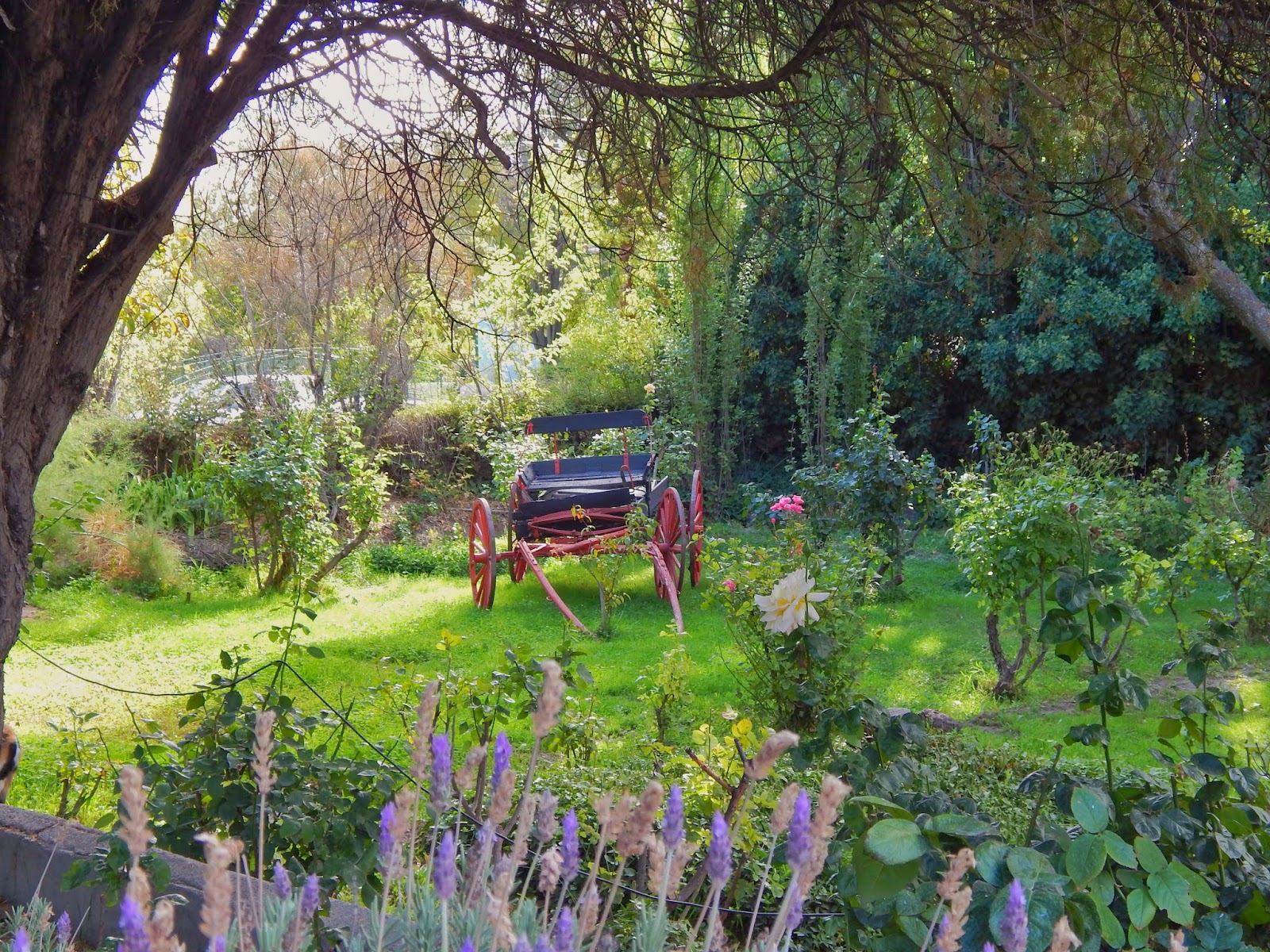