We awoke on Day Five to smiling faces at the breakfast table. Everyone on the ship was very friendly and welcoming, and we'd probably met about half of the passengers thus far. Friendships were forming and we were really enjoying the mix of conversations and joking around with Kristen and John. 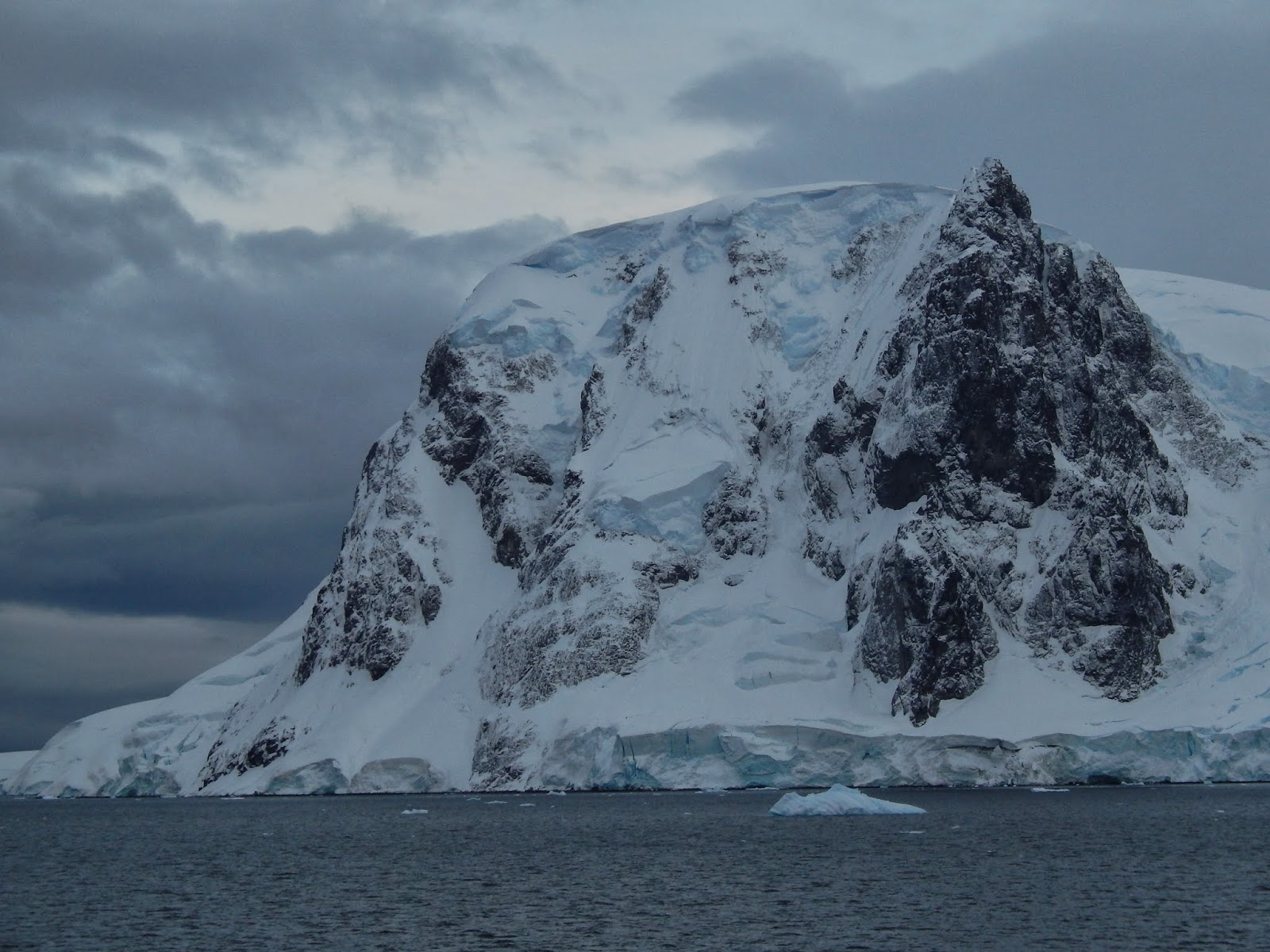 We dressed our warmest and stepped clumsily into the zodiacs, holding on for dear life. To yesterday's calm and magical ride, today's was thrilling, our driver weaving in and around icebergs, changing direction at the last moment. It would have been more fun if there wasn't the understanding that if we fell in, without rescue, we'd be dead in minutes. 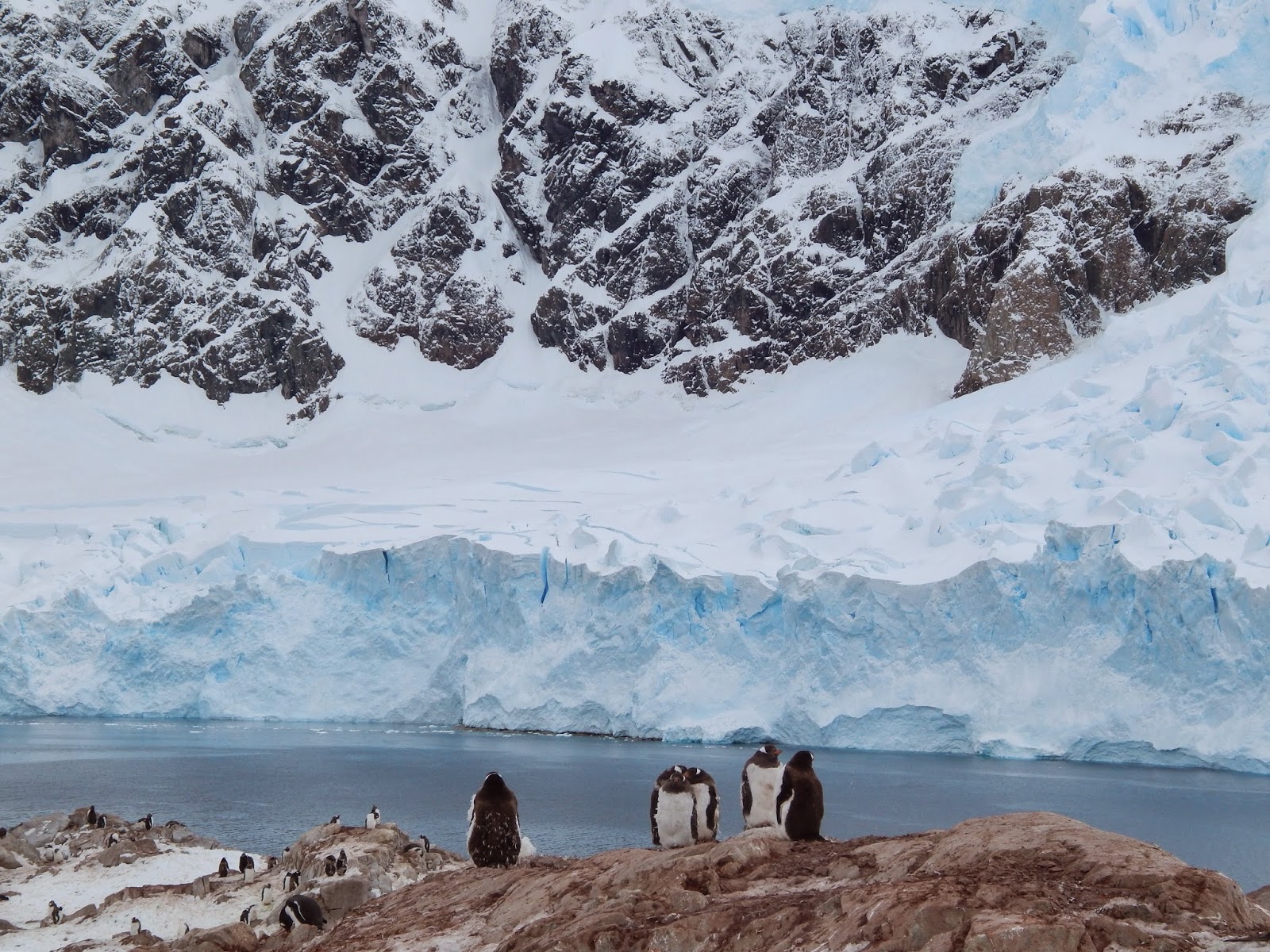 We stepped ashore in Neko Harbour, for our second continental landing, where there was another gentoo colony. These rivaled the previous day's in their high pitched squeals and curiosity. We sidestepped around them on the shore to make our way up the ridge to a viewpoint overlooking a glacier and out at the bay.

The harbor had been used in the past for whaling ships because it had calm waters for cutting up the whales and fresh water from the glacier for drinking. We waited, hoping a chunk of the glacier would come crashing down, but left disappointed. 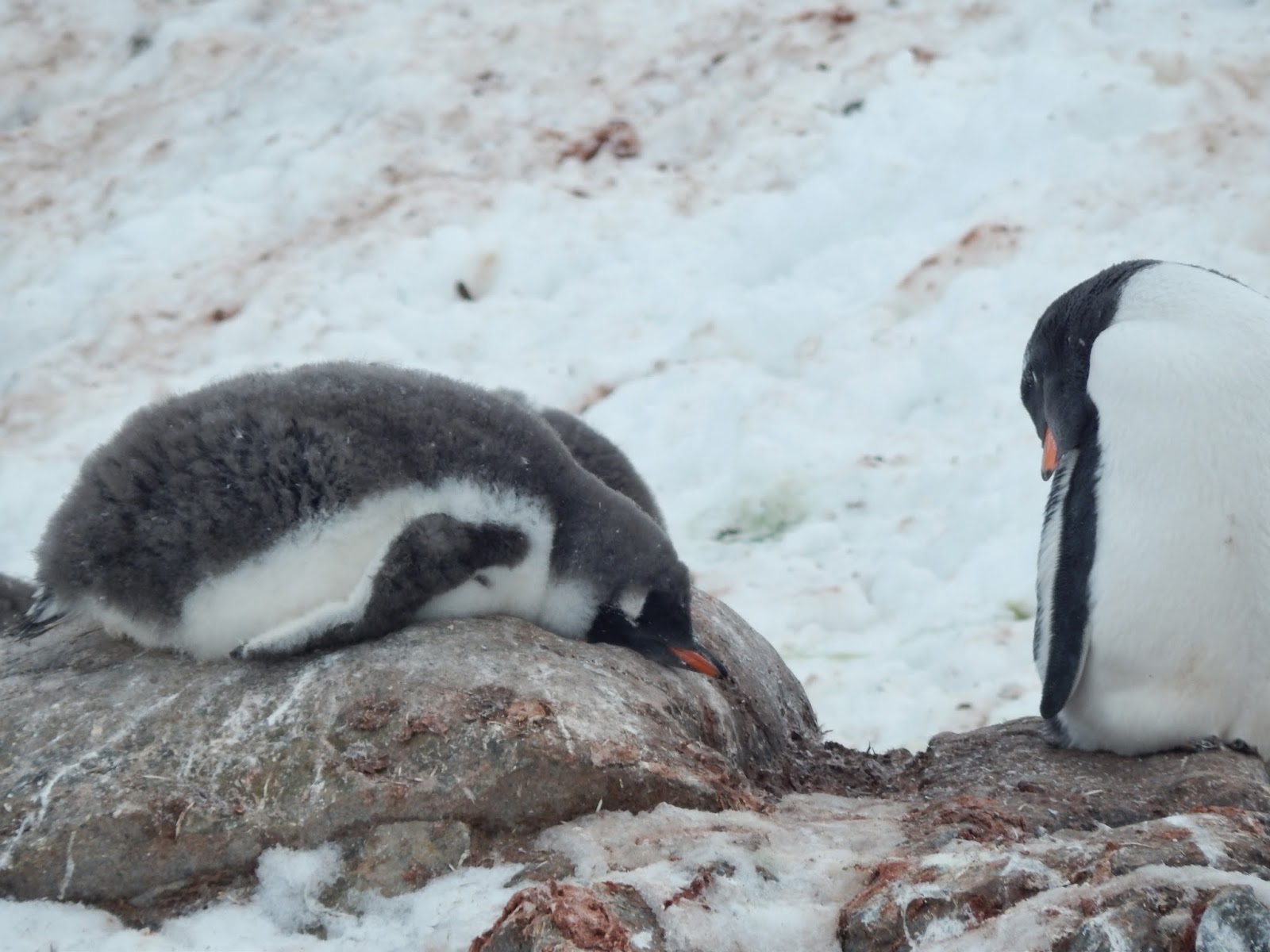 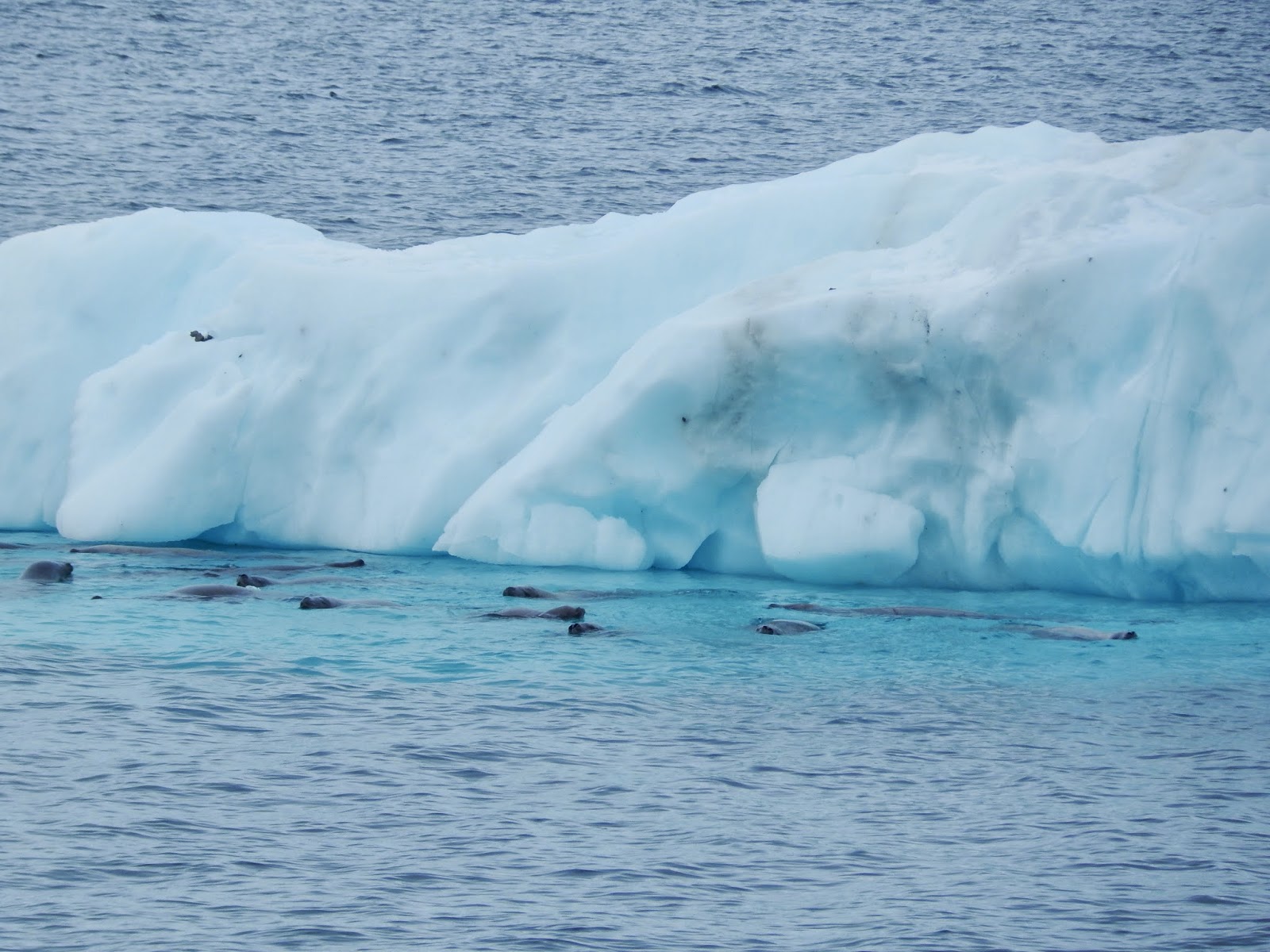 During our descent Erin spotted a leopard seal in the water. We watched it swim around an iceberg, amazed that the nearby penguins did not seem worried. As more heads started to appear we realized it wasn't alone. Six smaller Crabeater seals surfaced at once in the clear, blue water around the berg; our pace quickened and Craig to quickly ask if we could take a zodiac out to see them up close. With Beatte and Tom, we swung ourselves into the tiny boat and zipped over to the iceberg.


We were fascinated with the seals twisting underwater and popping their heads above to give us a curious look. The massive maw of the leopard seal inspired the most awe. When she swam below our boat we got a good sense of how large the leopard seal was; females are typically larger growing up to 4 meters in length. 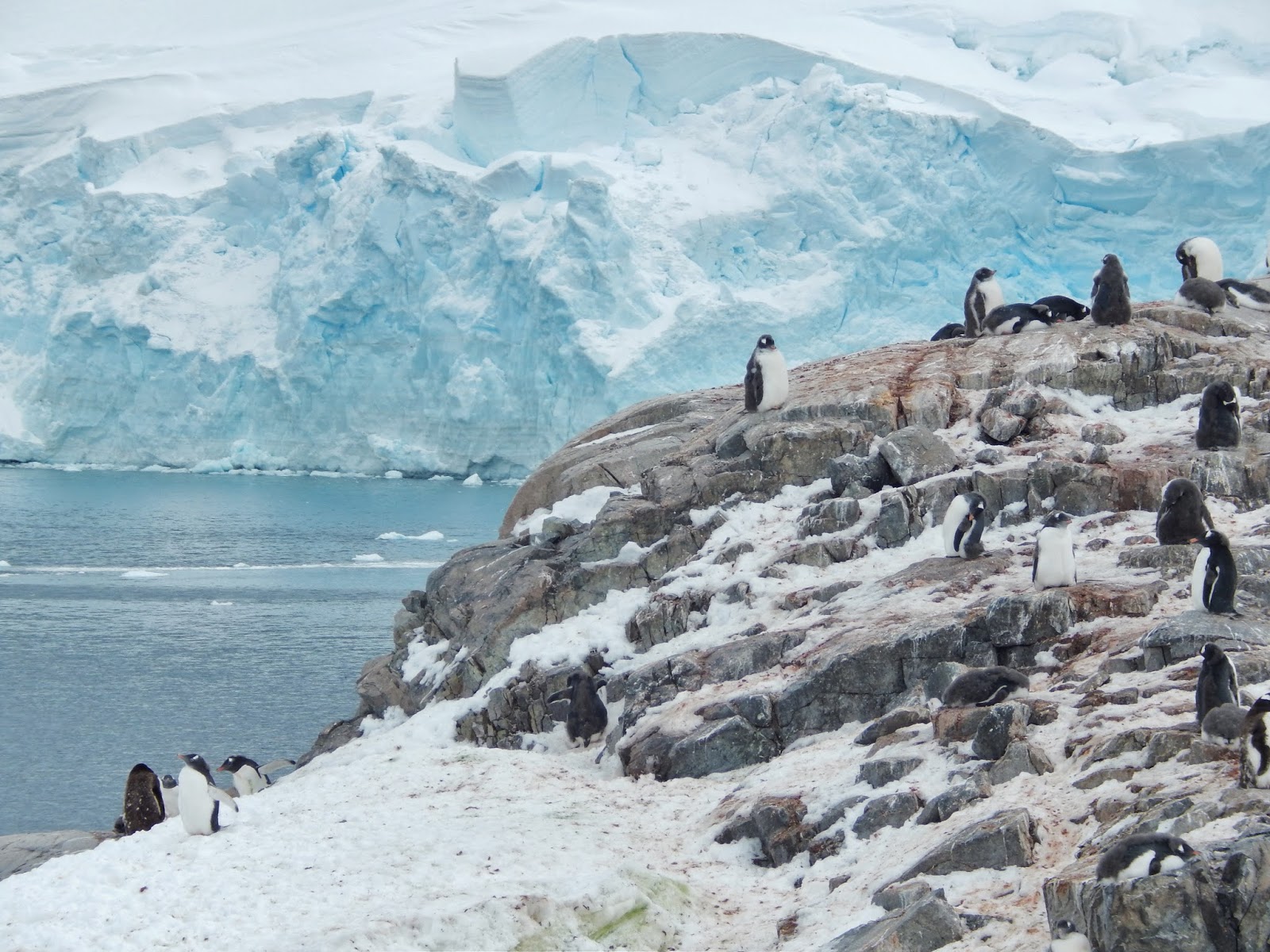 After we'd gotten our fill, we were dropped back on shore where we walked along the beach to the gentoo colony for some more quality penguin time. 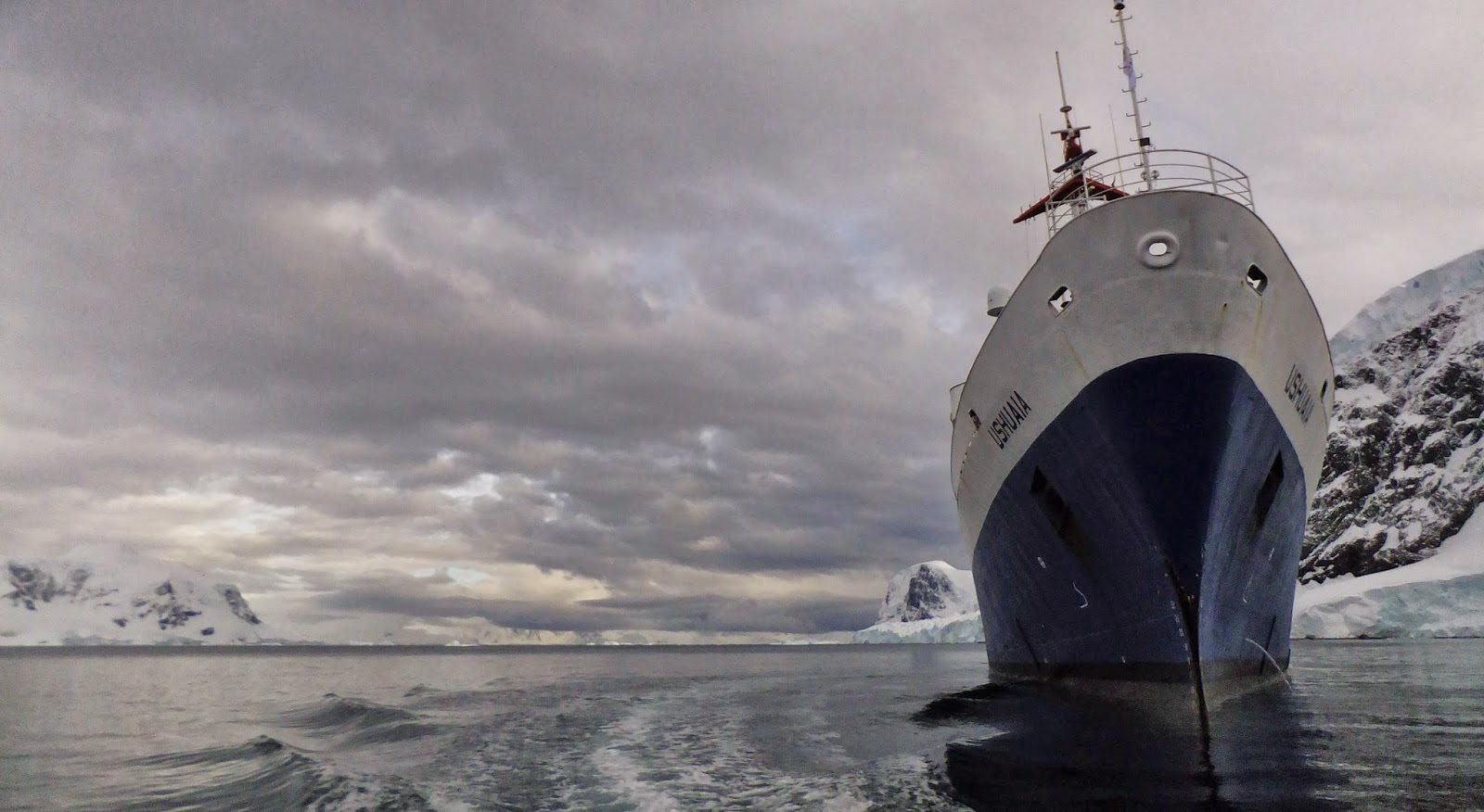