Day 229: Stepping onto the Seventh Continent

We were up before 6 am on Day Four like two kids on Christmas morning. Up on the bridge we watched the sky lighten to a dark slate before we heard the 6 AM announcement to head to the zodiacs. We got geared up in all of our layers with deflated life jackets on top and stomped through the rinsing station to disinfect our boots so we didn't introduce new bacteria to the continent. Our zodiac was launched and we were propelled into another world. 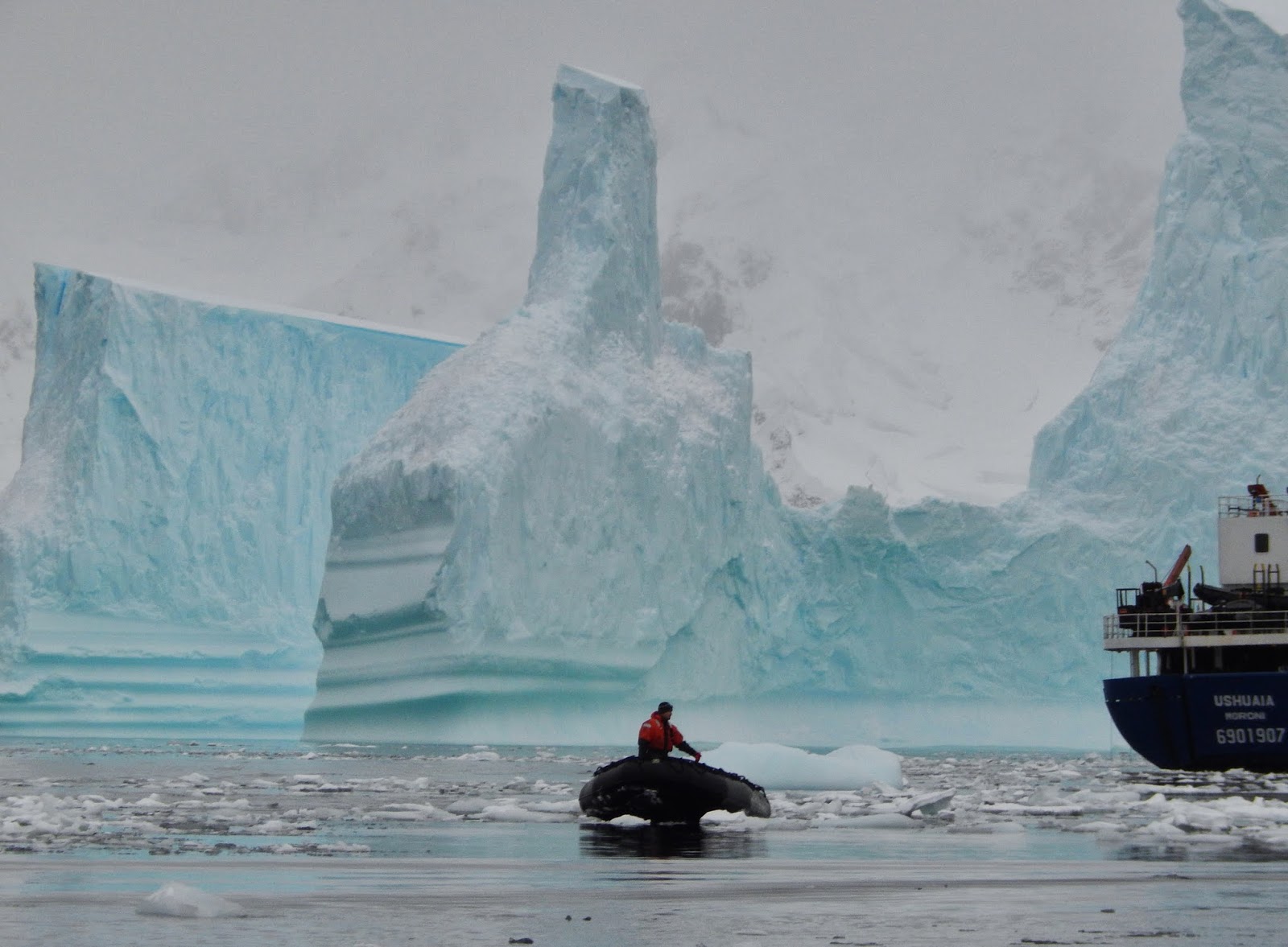 Zipping past icebergs and across a mirrored bay, our eyes were pulled in every direction by breathtaking, otherworldly views. Our heads wound around taking in the full panorama of towering snow-capped mountains and their perfect reflections. The sky built of layers of cloud, blended into the peaks, their summits indistinguishable, while in other spots deep greys provided a dramatic contrast. Approaching the shore it appeared as if we were entering the polar bear enclosure at the zoo complete with fake looking rocks. There was no question about our first landing: we were stepping directly onto continental land, not ice or even snow. The thought of, "I'm standing on Antarctica" was at the forefront of our minds, Erin first, then Craig, quickly followed by a high-five. 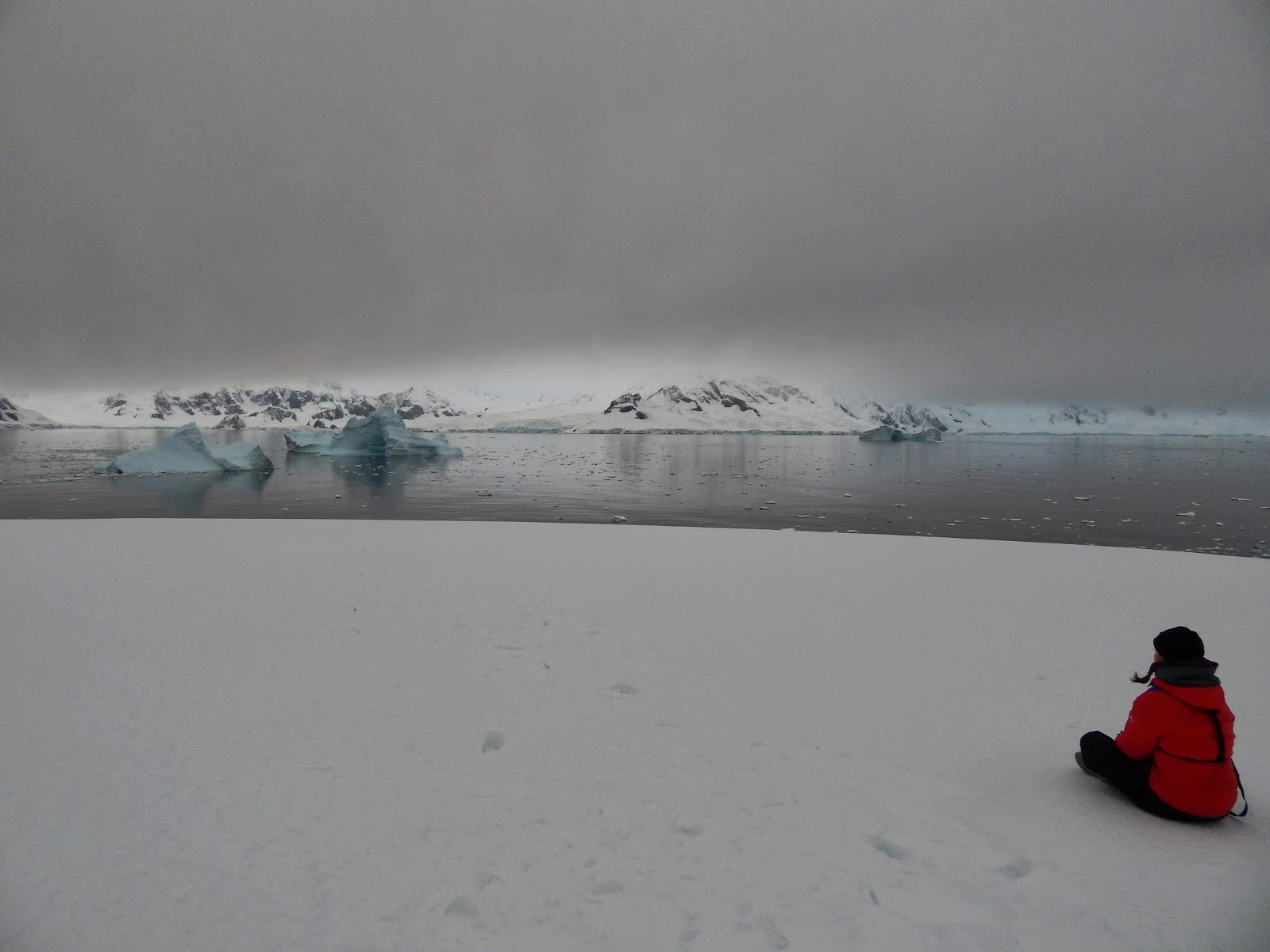 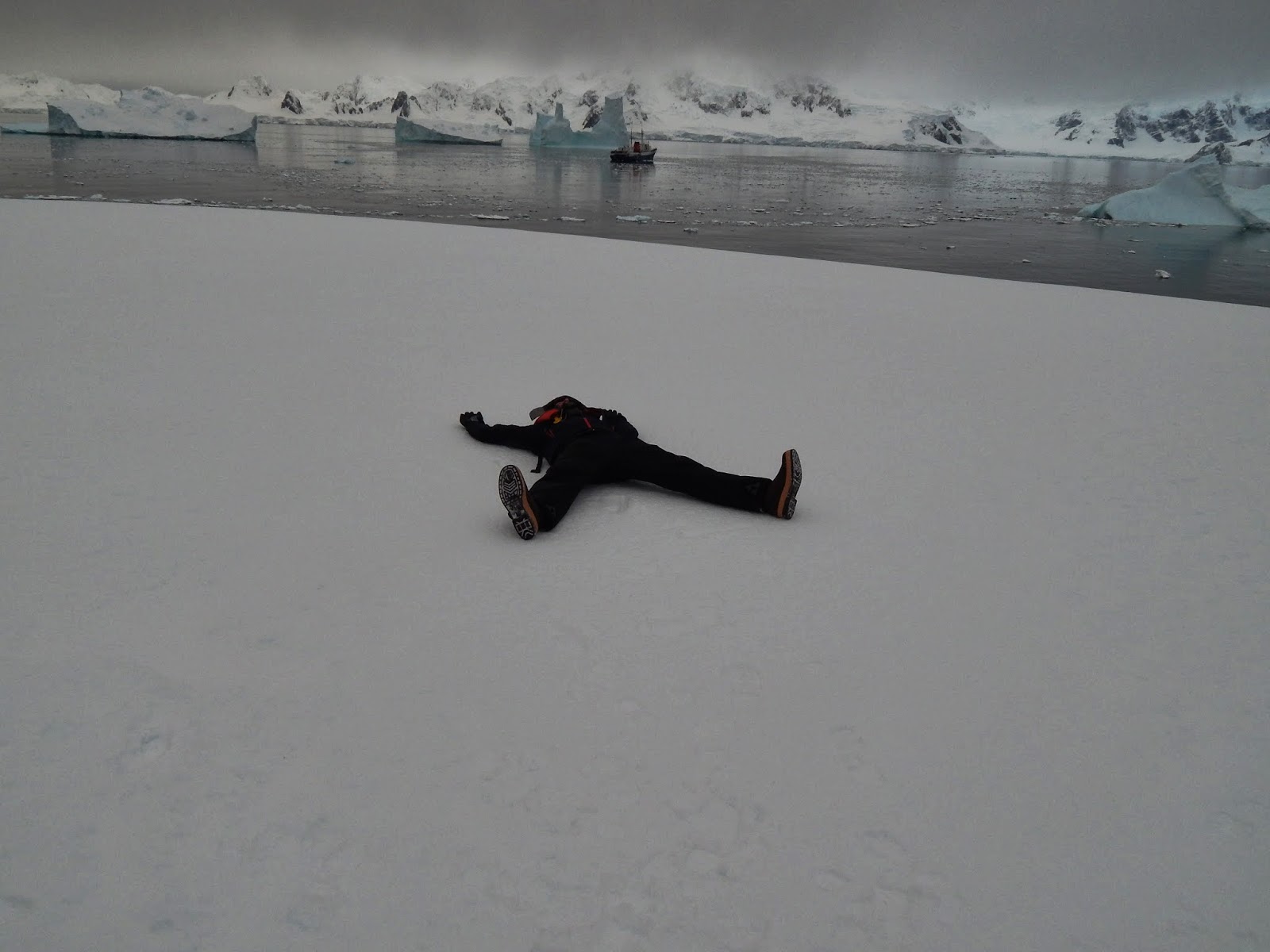 After a short briefing we waddled single-file up a hill to an ice dome, then spread out to take it all in. Our ship provided perspective for the size of the mountains and icebergs; other than us, it was the only spot of colour in view. Everything was white, grey, and glacial blue. There was an immediate air of commraderie and celebration as we did cartwheels, made snow angels, tasted Antarctica, and took a group shot. After a half hour, we hiked back down and returned to the ship for breakfast. 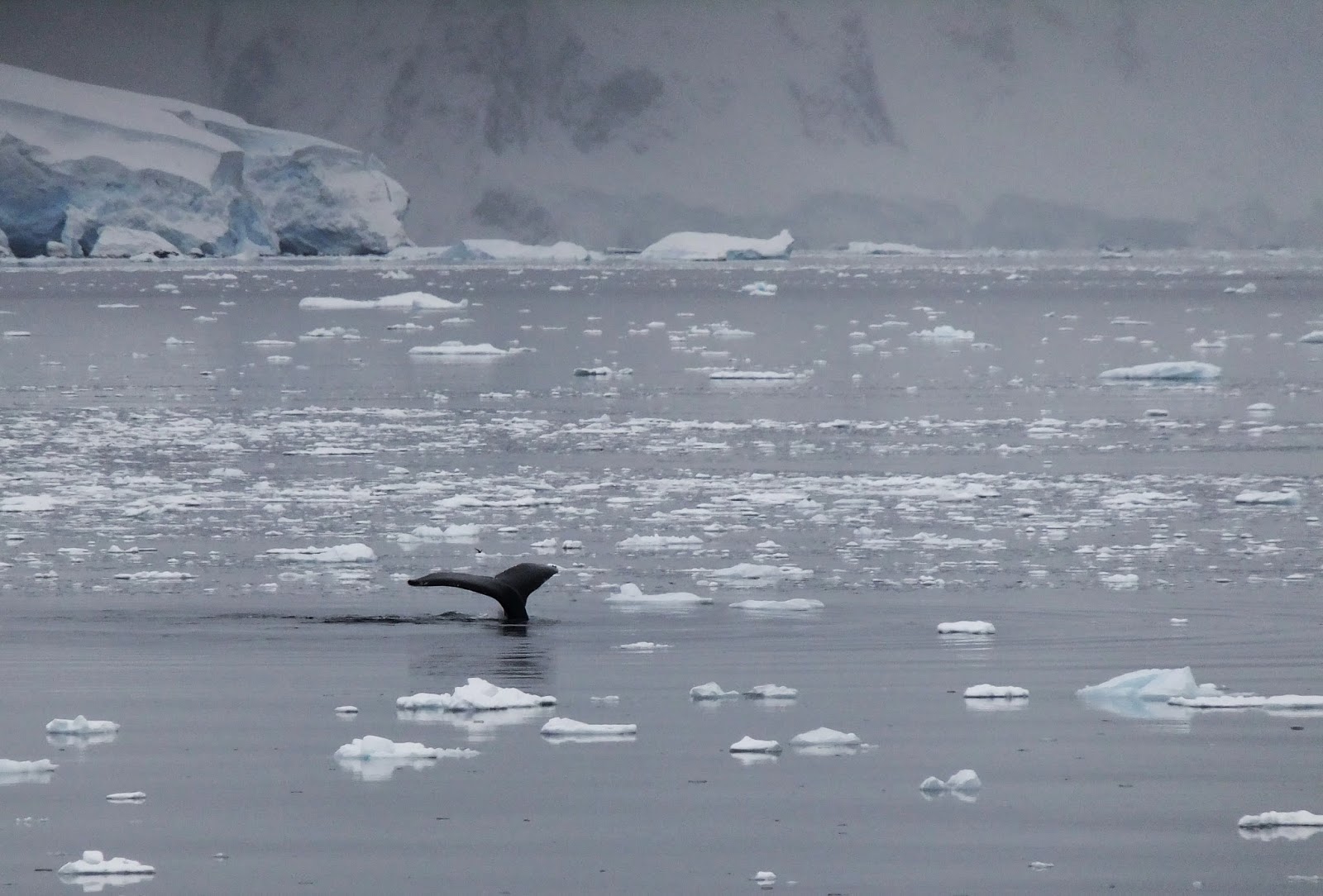 Everyone ate heartily after two days of nausea, and the exciting morning activity. It was the first time we'd eaten without struggling against the ship's rolling and we enjoyed being able to carry things in two hands and be served full mugs of tea. As we ate and warmed up, the ship navigated to a new position. We passed slowly through Wilhelmina Bay and saw many whales, mostly sleeping humpbacks, and beautiful scenery. 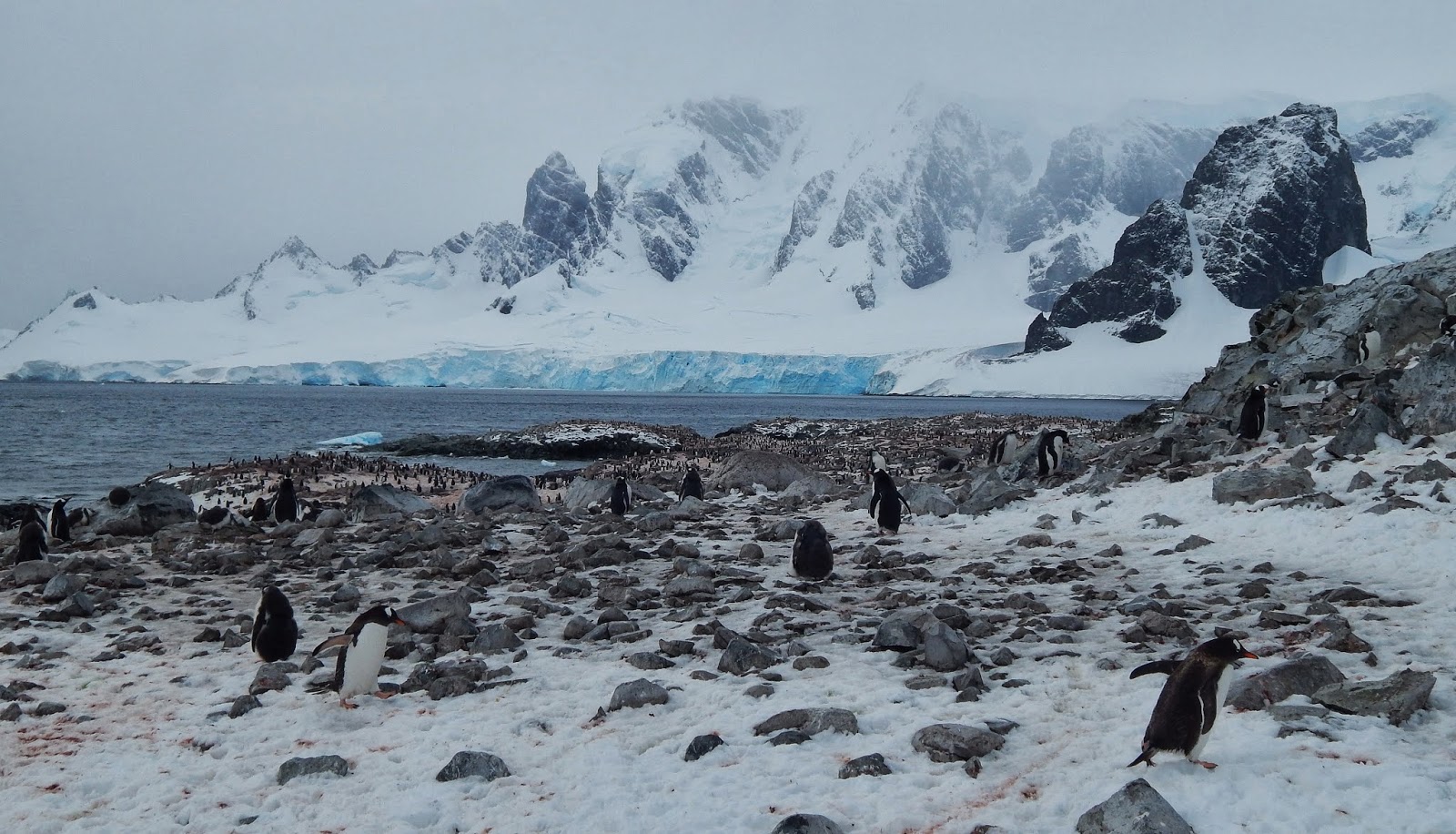 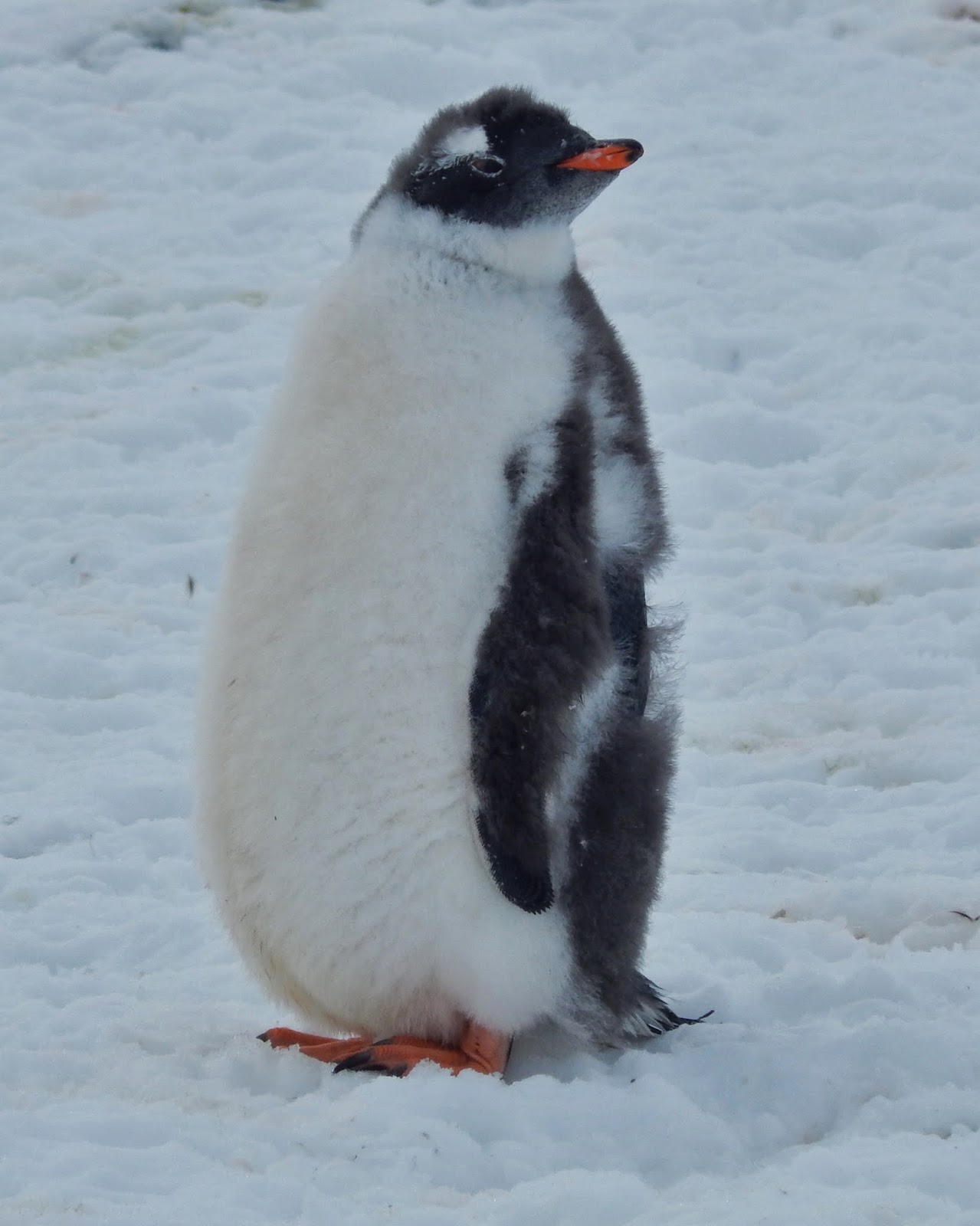 After lunch we suited up again for an island landing at a gentoo penguin colony. Their trilling and squaking could be heard from the zodiacs along with the smell of their krill-filled poo. We landed and attempted to give them adequate distance but they were truly everywhere. And if you thought you were giving them their space then a young one would chase their parents straight towards you hoping for a little regurgitated lunch. Some passengers climbed to a viewpoint halfway up the snowy hill, while we wandered back to the rookery where we enjoyed an hour and a half of their adorableness. The juveniles were molting so they were a full range of stuffed animal fuzziness to the sleek, aerodynamic adult plumage. 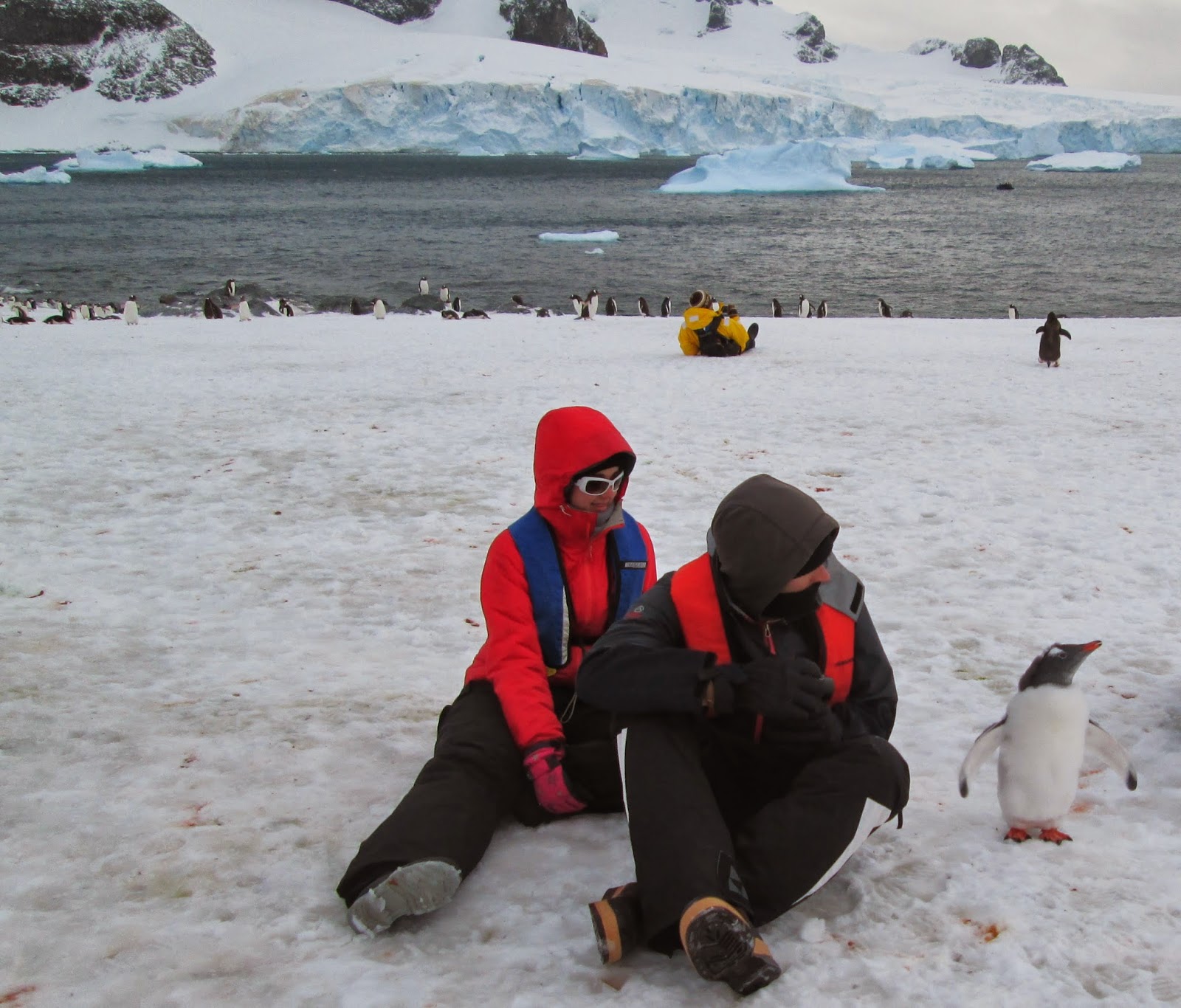 We patiently sat in the snow and waited for them to become habituated to us. The juveniles approached us curiously, first one brave one then a few followers afraid of missing out. They pecked at our clothes and backpack straps and squawked in our faces. Once our toes were thoroughly frozen, we walked back to the boats and hopped in a zodiac for a half hour tour around the area. 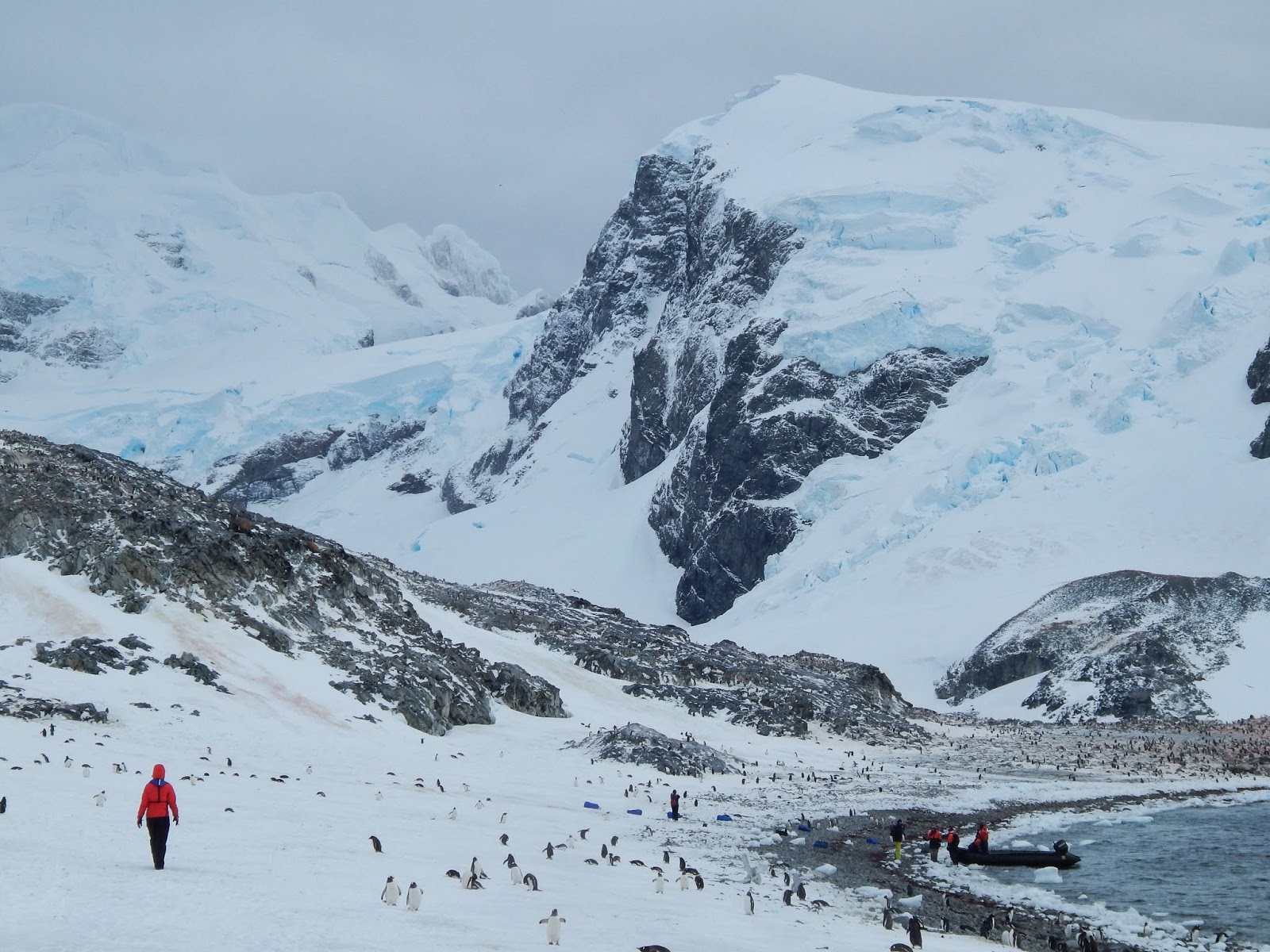 From water's level, we saw leopard seals on icebergs, apparently a rare sight, and gentoo penguins flying through the water. We returned to the boat satisfied, and chilled to the bone.

We were the last zodiac back, even after most of the staff, and being in the bowels of the ship meant there was no hot water for a shower. We changed clothes and tried our best to wash in the sink where for some reason we still had hot water as a way to warm up.

At dinner, there was lots of chatter, pleased faces and excitement for the days ahead. There was also a sense of relief that we had experienced a day with absolutely perfect weather, and seen so many animals already. We went straight to bed after dinner, exhausted from our very full first day, and enjoyed our first night of decent sleep now that we'd hit protected waters. 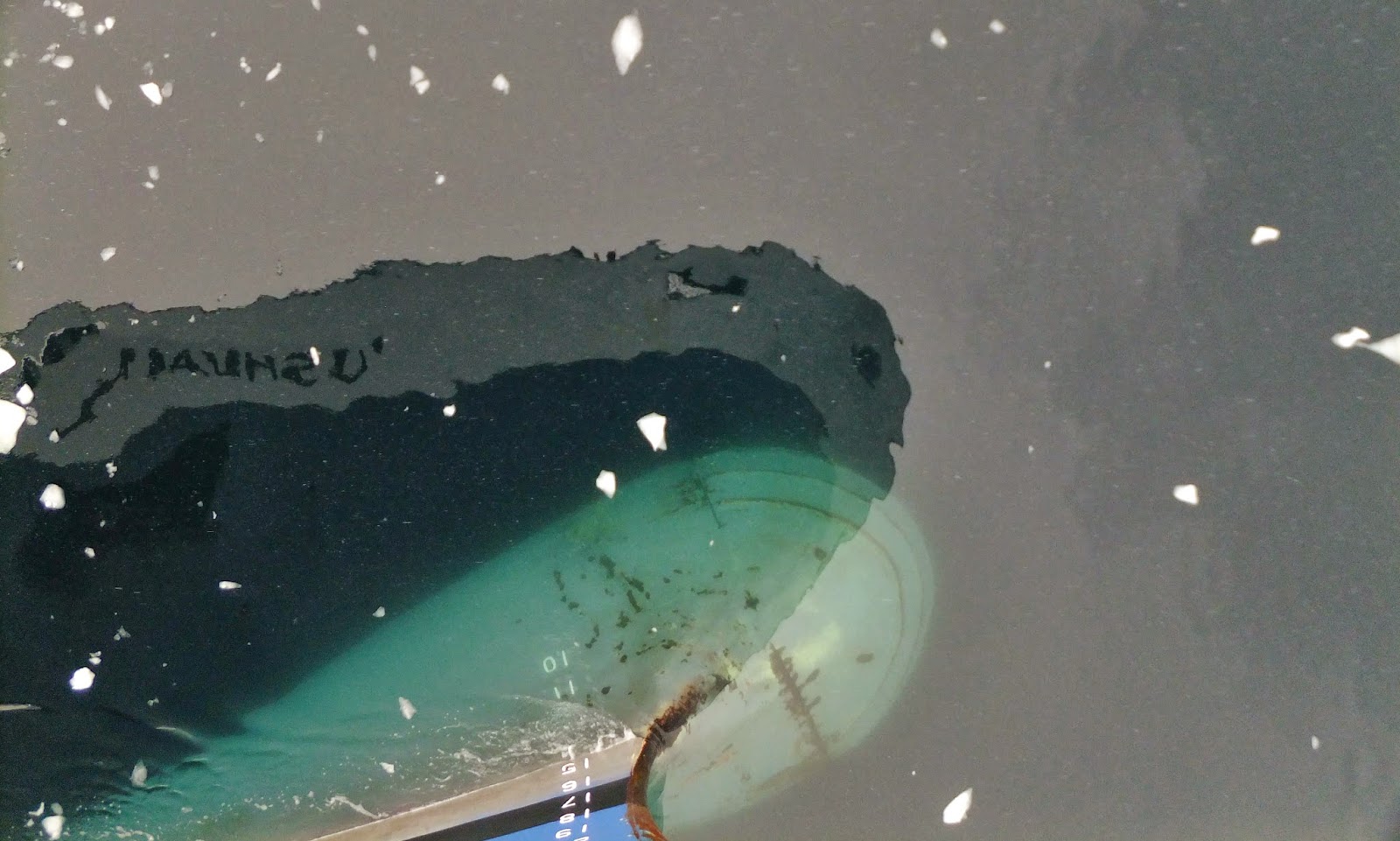