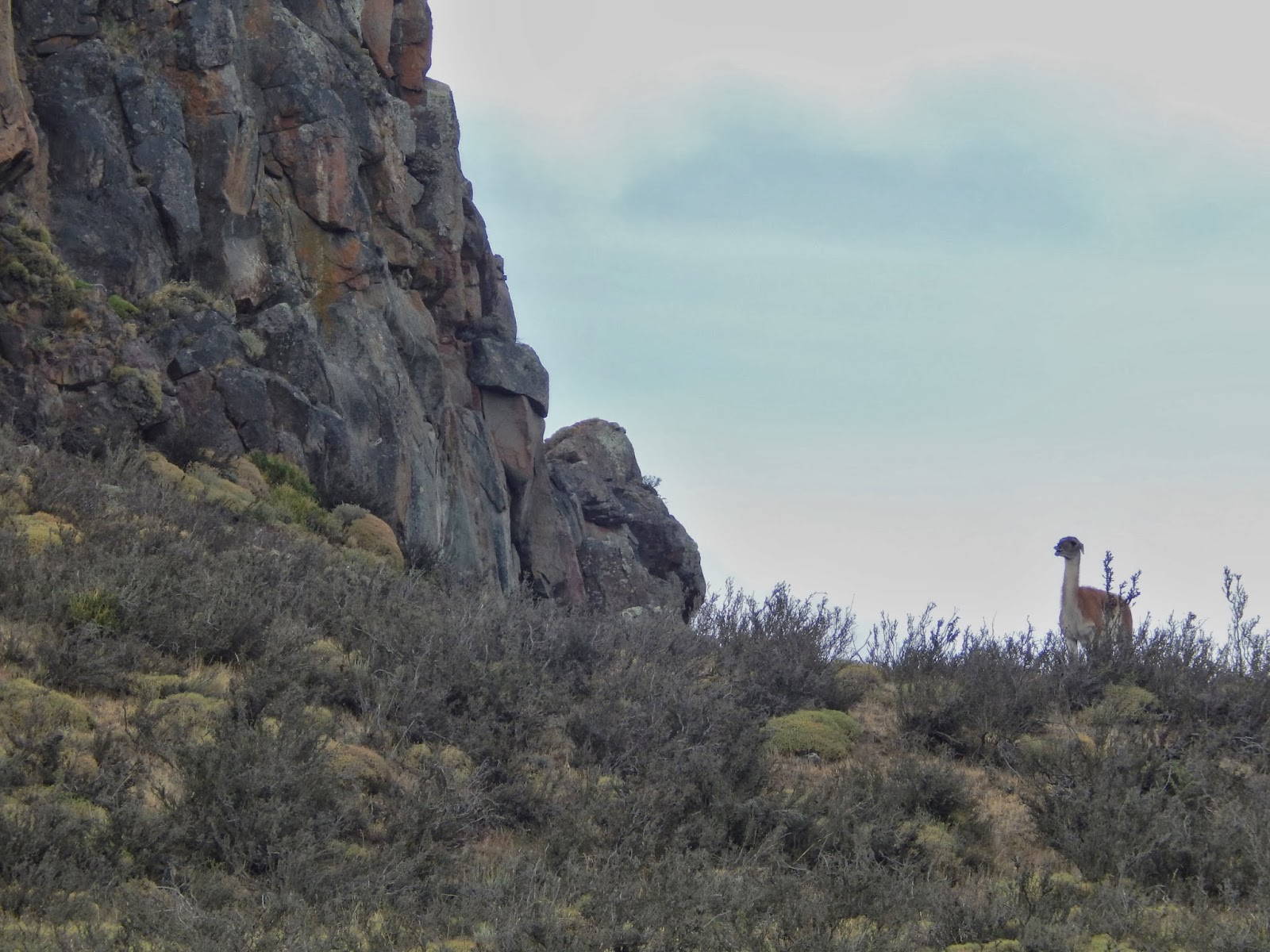 Beginning a trek in Torres del Paine (pronounced "Pie-(Horse sound)" National Park starts with a bus ride. Although many companies offer service to the park, they all leave at the exact same moment, meaning the first day of your trek is a little short on time. The two main treks in "Torres" are the "W" (because the trail map looks like a W) and the circuit, also called the "O," which is the W but goes all the way around.


We opted for a third, and as far as we knew, undiscovered option, what we came to name "The Bookends". Our route took us up the two outside trails of the W. Craig's sister, as well as many travellers we met, exclaimed that these were their favourite parts of the W trail. There was another group, however. who said that Valle Frances, the middle part, was their favourite section because they, unlike most, had experienced good weather for that portion of the hike. Regardless, we chose what was best for us, and interested us the most. The competitive/comparative atmosphere in the backpacking community around the Torres made it difficult to present our plan without feeling the need to defend it. Our recommendation is to try to avoid this as much as possible, and do what's best for you.

We had chosen to do the Western Bookend first to Glacier Grey. This entailed taking a catamaran following the bus; the boat trip provided us with amazing views up Valle Frances and the just generally unnaturally iridescent blue waters of the lake. Once we had disembarked, it was straight into hiking mode as it was already 1 pm and we had 11km in front of us carrying fully laden packs. 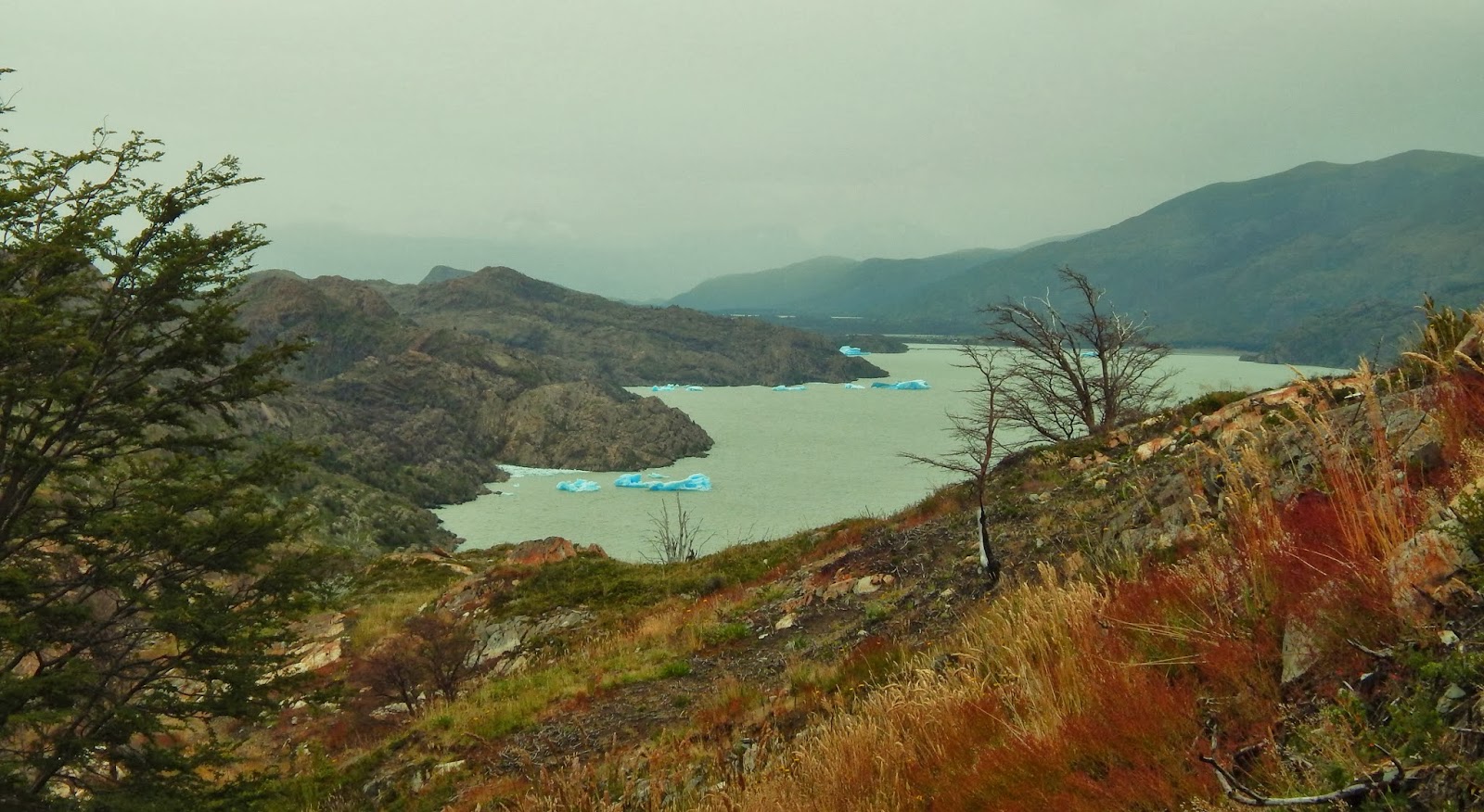 We reached the first landmark on our map, "Duck Lake" and there were no ducks in sight, but we were happy that it appeared as if we were 1/3 of the way there. After another hour of hiking we reached a sign which mistakenly told us that we had only hiked 1km in that hour. This was very disheartening, though thankfully it was "all" downhill from there. We hiked up and down, catching glimpses of the glacier and icebergs along the way, and had magical moments in fields of purple and white flowers. These times provided the necessary inspiration to keep forging onwards. 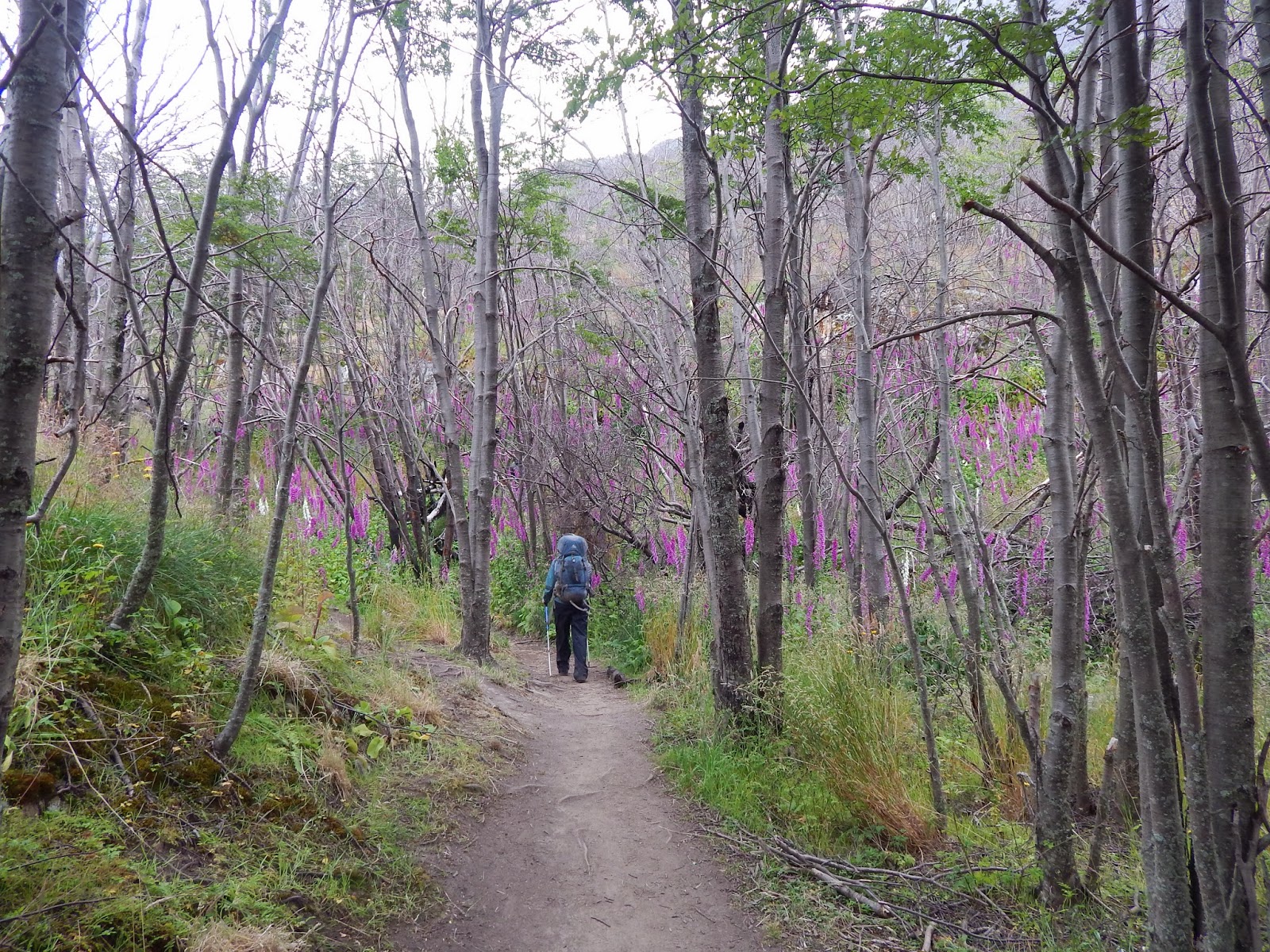 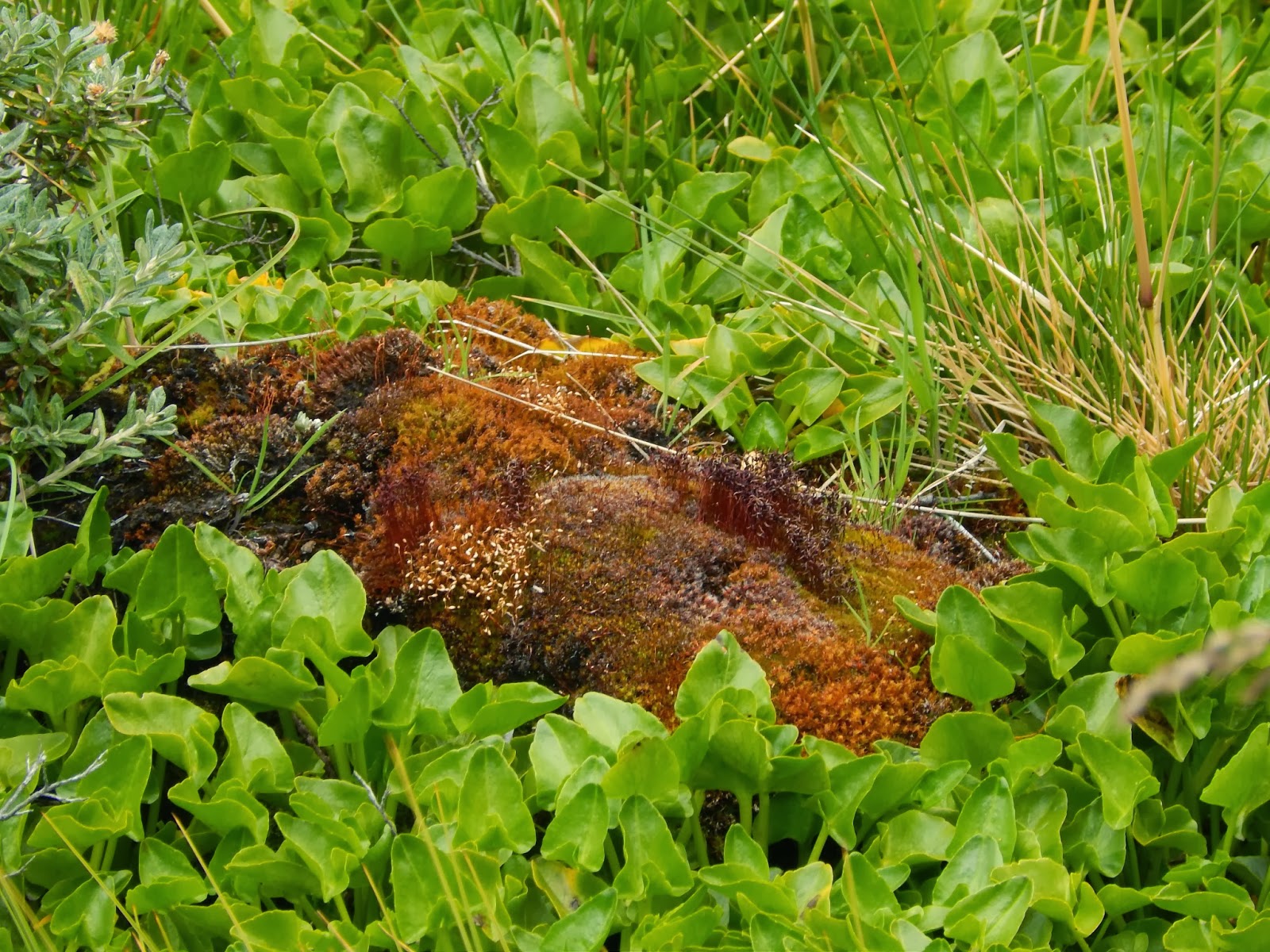 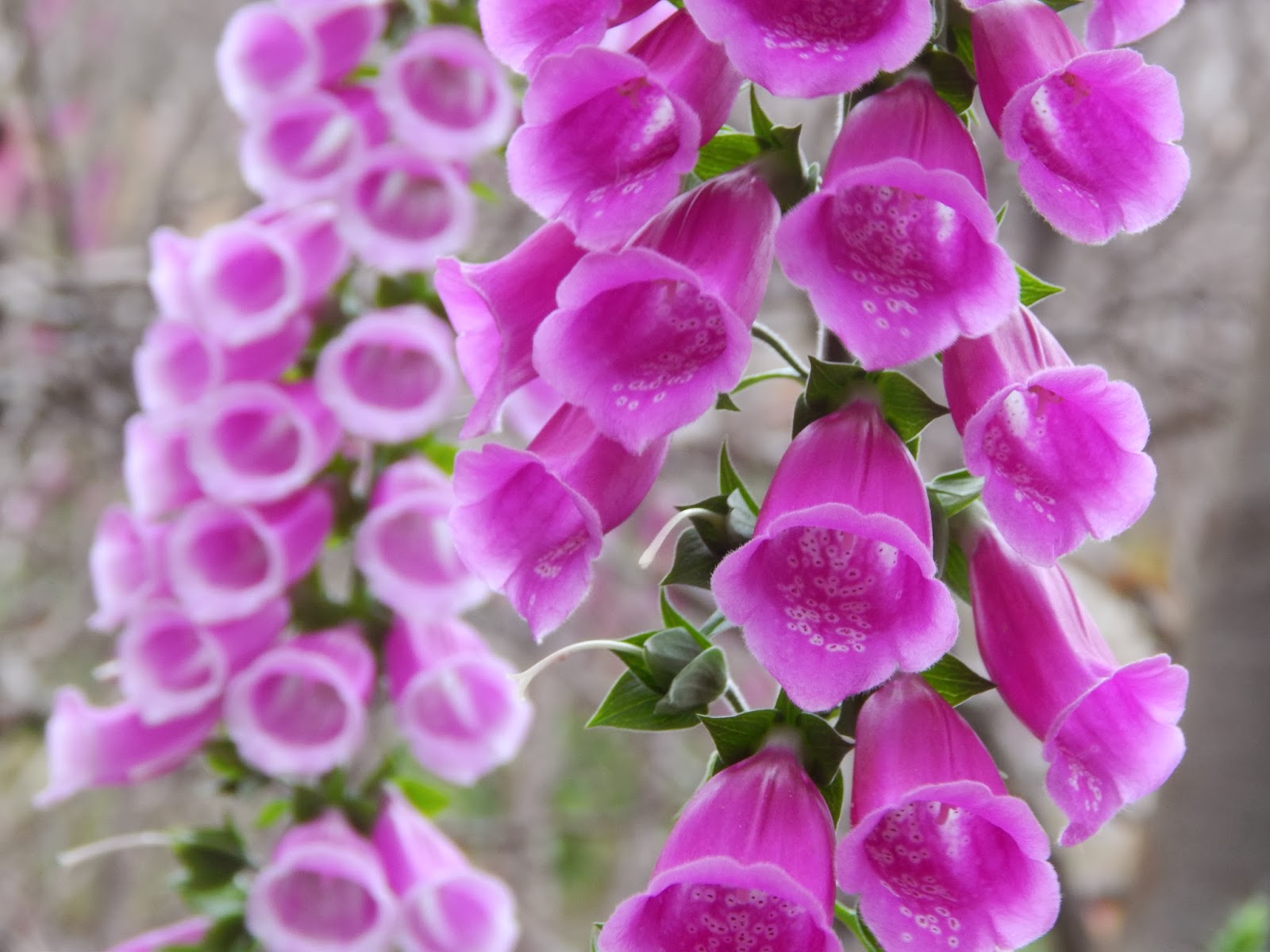 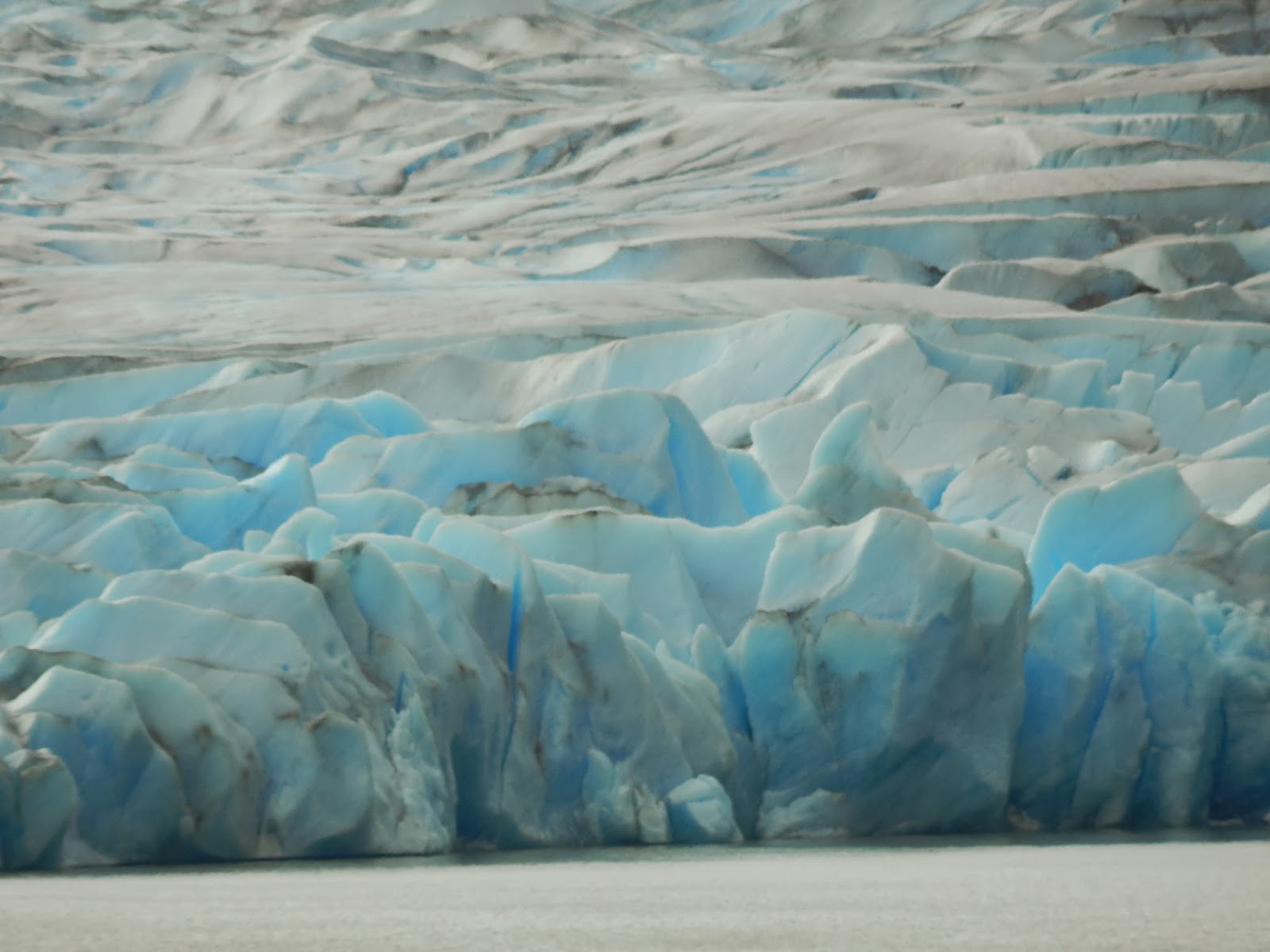 The rain set in and we continued to pass and be passed by many hikers, those day hiking to Glacier Grey and back, and those who would be camping alongside us. We were excited when we saw icebergs in the water (a first for Erin), and the glacier itself, but the mountain in behind was hidden from view because of the cloud cover. We pulled into the campsite at 5pm and were disappointed to discover that "reserving" a campsite ahead of time was relatively insignificant. The man in charge just waved his hand at the open field and told us to set up wherever we wanted. We quickly chose a spot under a tree in the crowded area so as to be slightly sheltered from the rain which had been off and on all day. Having twice practiced setting up our rental tent in a park in Puerto Natales, we were settled in quickly. 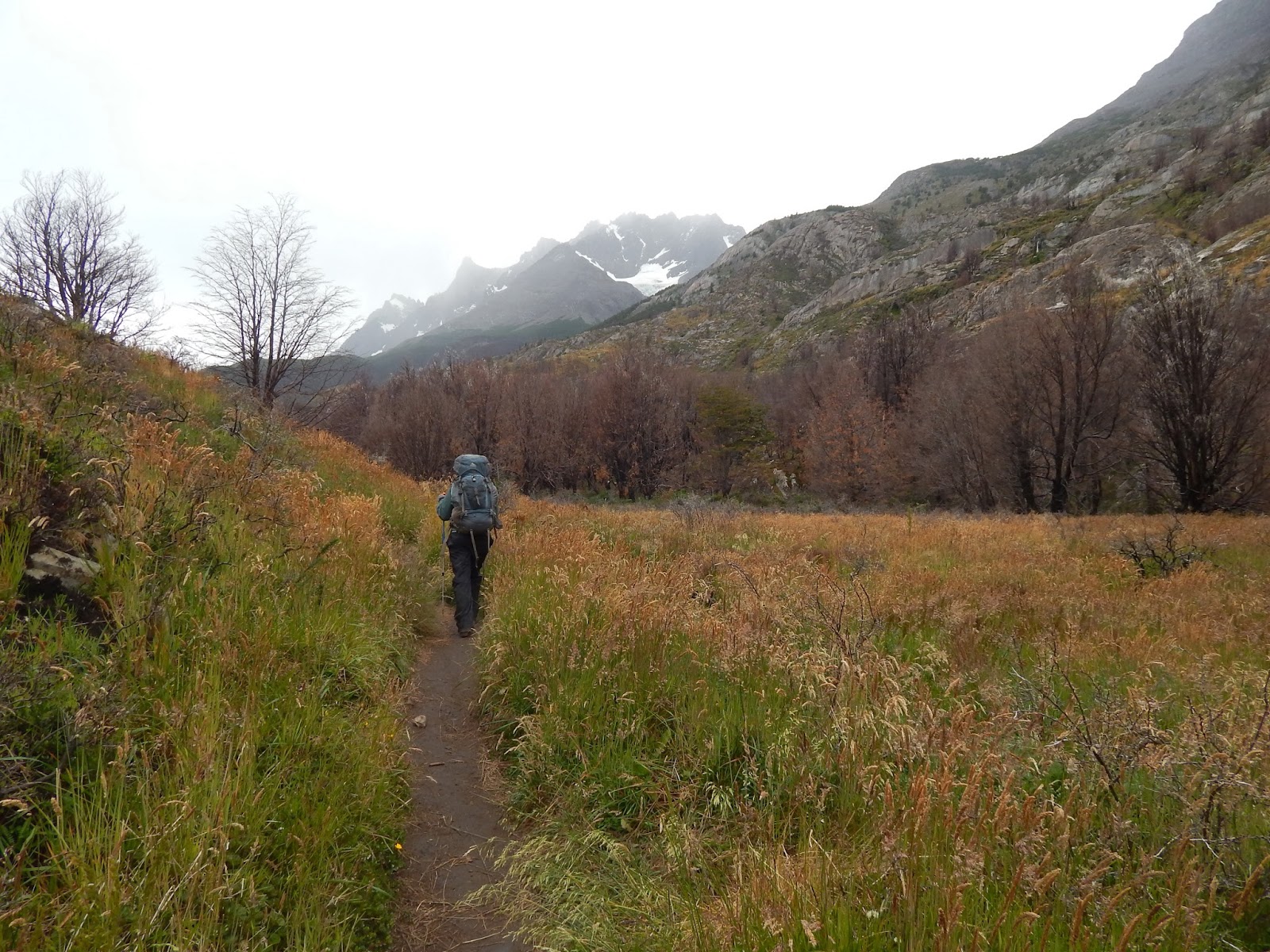 For dinner we enjoyed a dehydrated meal we had been carrying for nearly 8 months, along with some tomato soup. Being hesitant to leave our devices behind at the hostel in Puerto Natales, we carried them with us, meaning that after dinner we tried to shut out the obnoxious noise of our neighbouring campers yelling back and forth and watch a re-run or two. We know this isn't the traditional definition of 'roughing it' but we also needed to distract ourselves from our cramped sleeping situation: a two person tent is not meant for two tall folks to share with their packs!
Posted by Craig & Erin at 9:40 AM