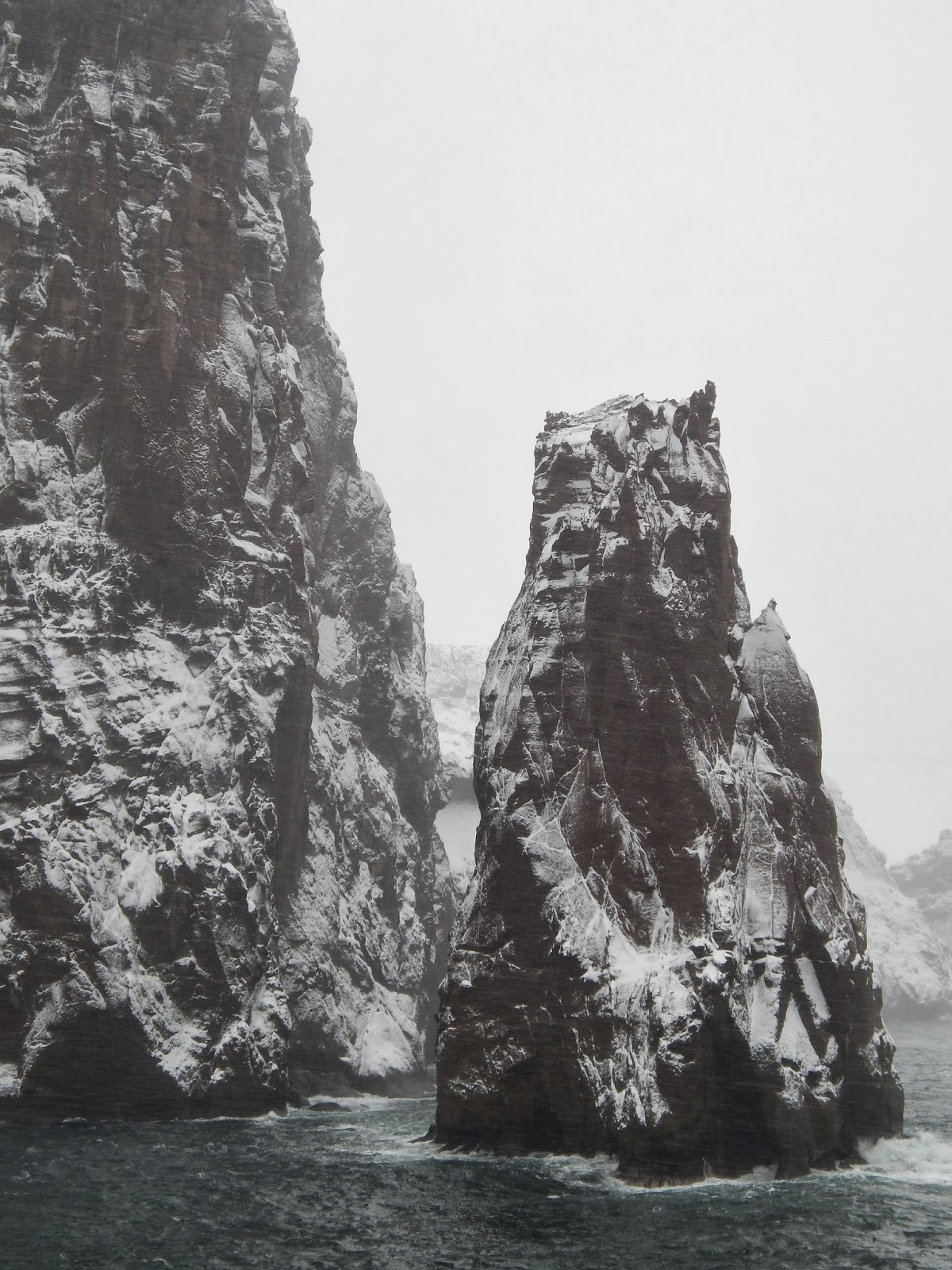 For our last landing day, we awoke to strong winds and heavy snow. It would seem that our good weather had run out. The plan for the morning was to navigate the narrow entrance into Deception Island through Neptune's Bellows, a bay that was created after the walls of a volcano collapsed. We were all nervously excited for this landing because we would have the opportunity to swim in the slightly heated polar water on a beach made of volcanic rocks. 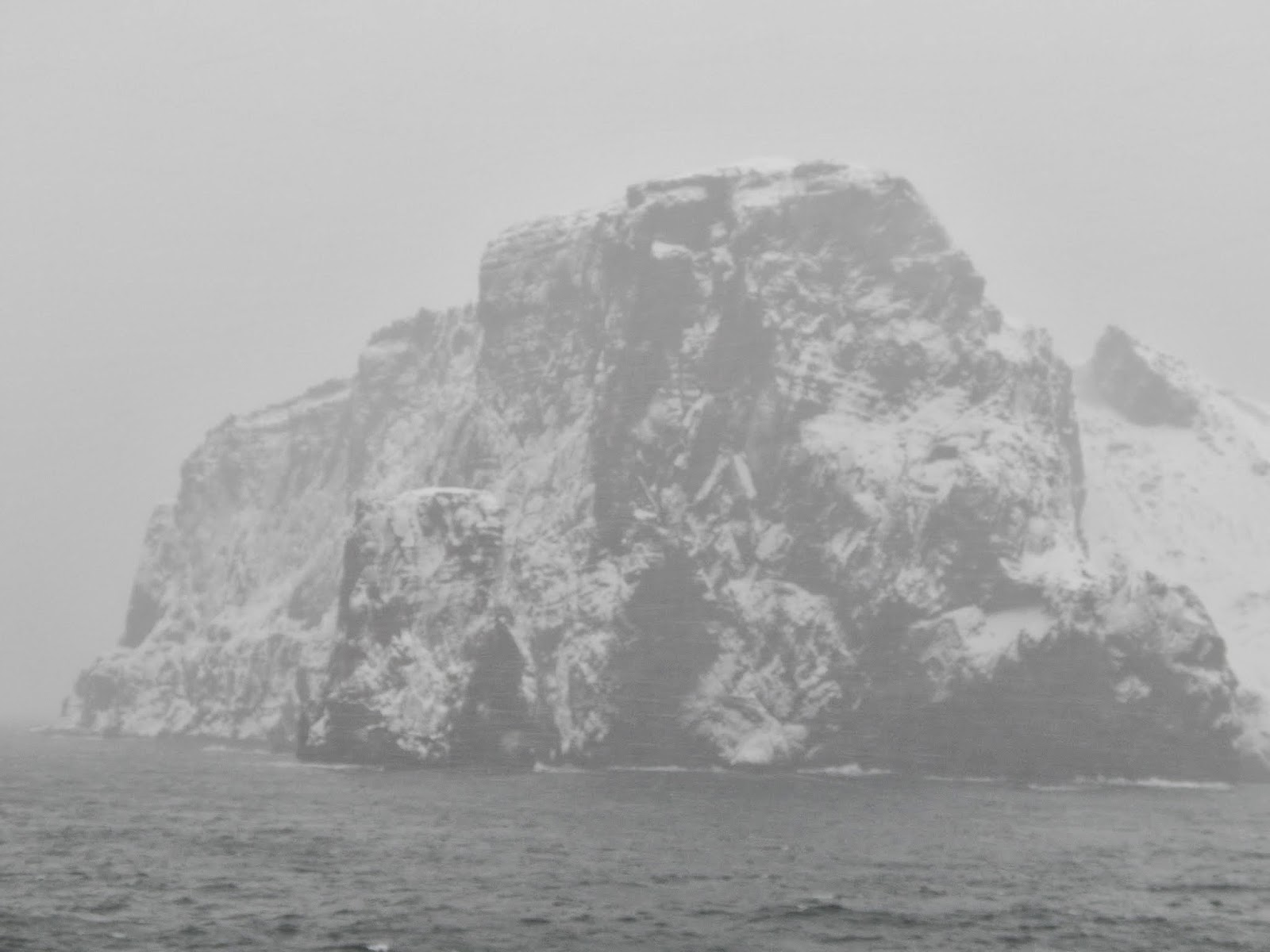 The blustery wind; however, proved too strong for our ship to anchor, so we watched as the captain squeezed our way back through the channel. As a consolation, the staff gave us a group quiz with two bottles of wine as the sparkling prize. With our usual dinner-mates: Kristen, John, Peter and Mady, we felt we had an unbeatable team! We dubbed our name Bikini Blizzard after our failed Plan A for the morning. We tried our best at the paper/pencil test and felt confident about our answers going into lunch.

When the results were announced, we were told we lost by .25 points from a semantic error to a team who boasted a member who had been to Antarctica three times. To keep our chins up, we celebrated our two morning losses by shedding down to our 'swimmers' on the back deck. 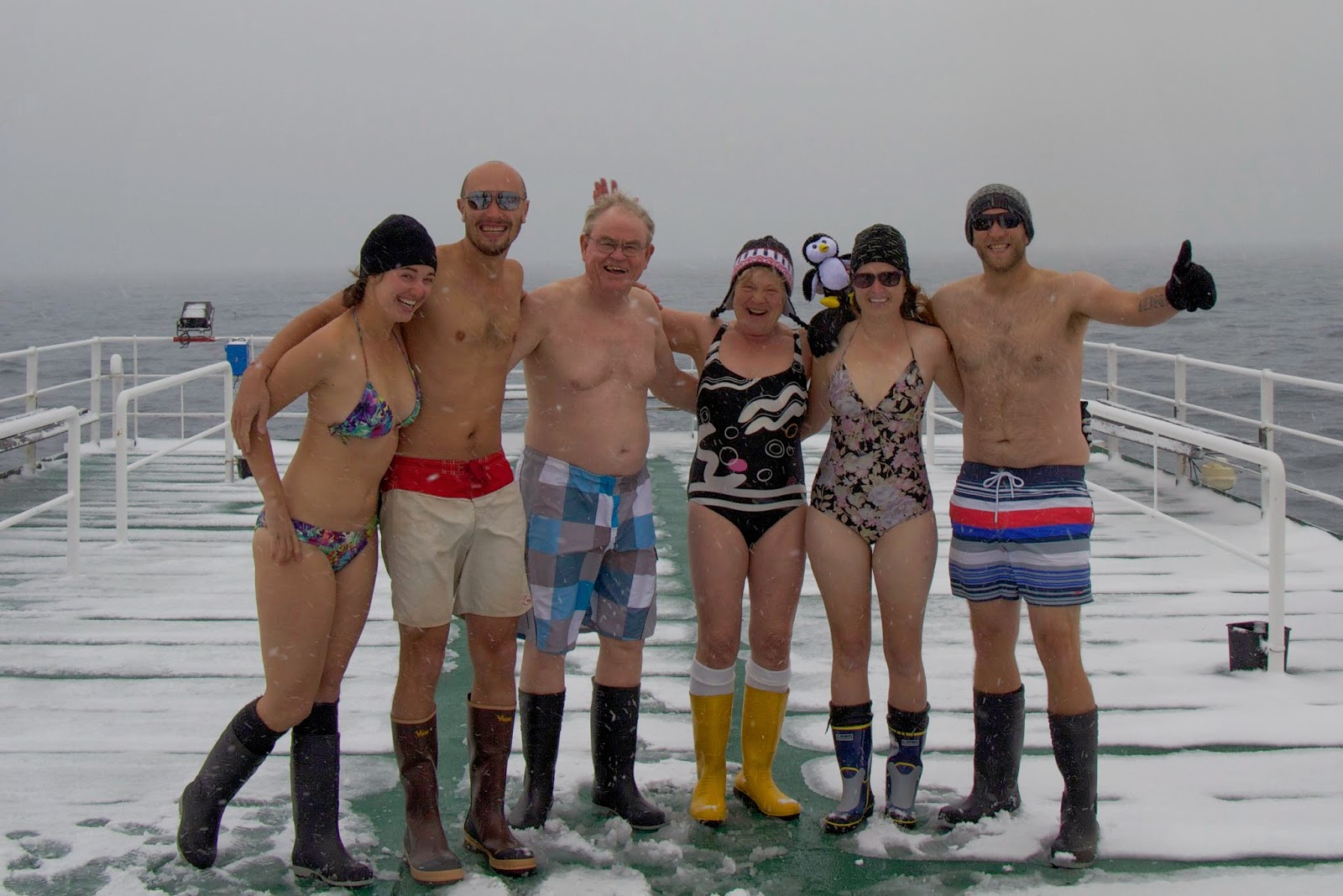 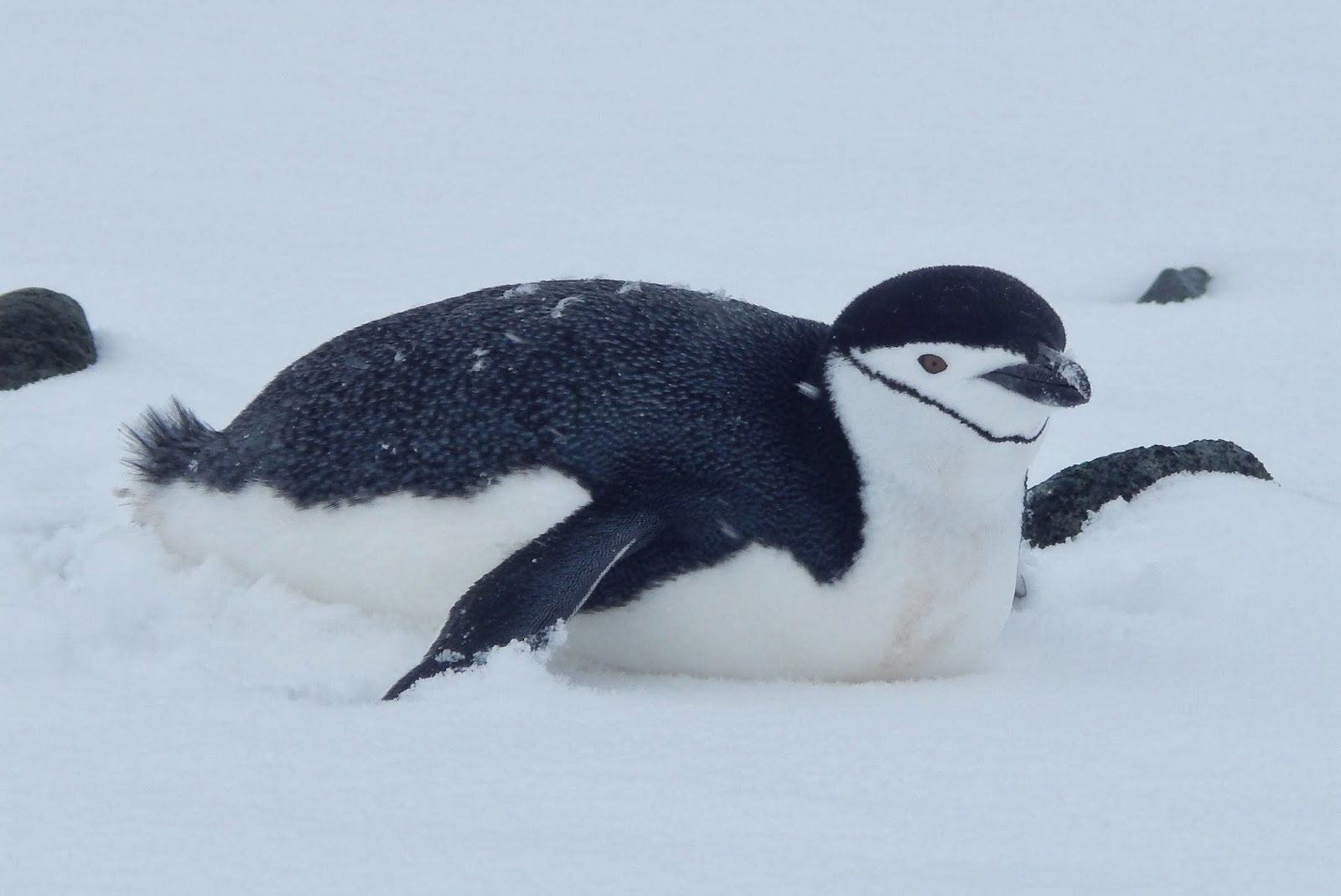 After a few more failed attempts at finding a landing spot, we cruised into Half Moon Bay and were immediately sheltered from the wind. We donned our marshmallow layers one last time to see a colony of chinstrap penguins, and more gentoos play in the freshly falling snow. More entertaining than the adelies, but less curious than the gentoos, the chinstraps hopped about, slid on their bellies, all the while reminding us of failed facial hair innovations of the '90s. 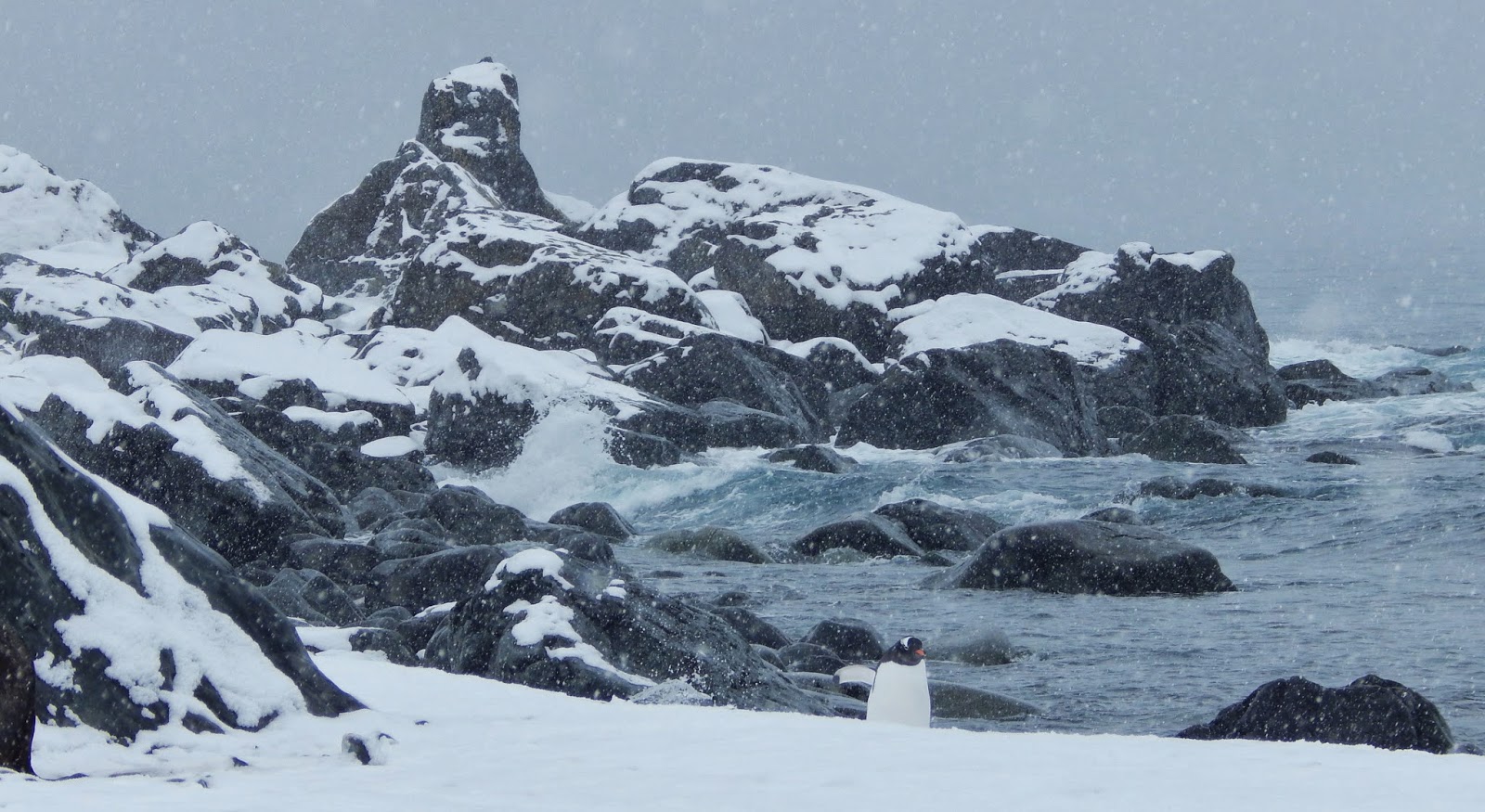 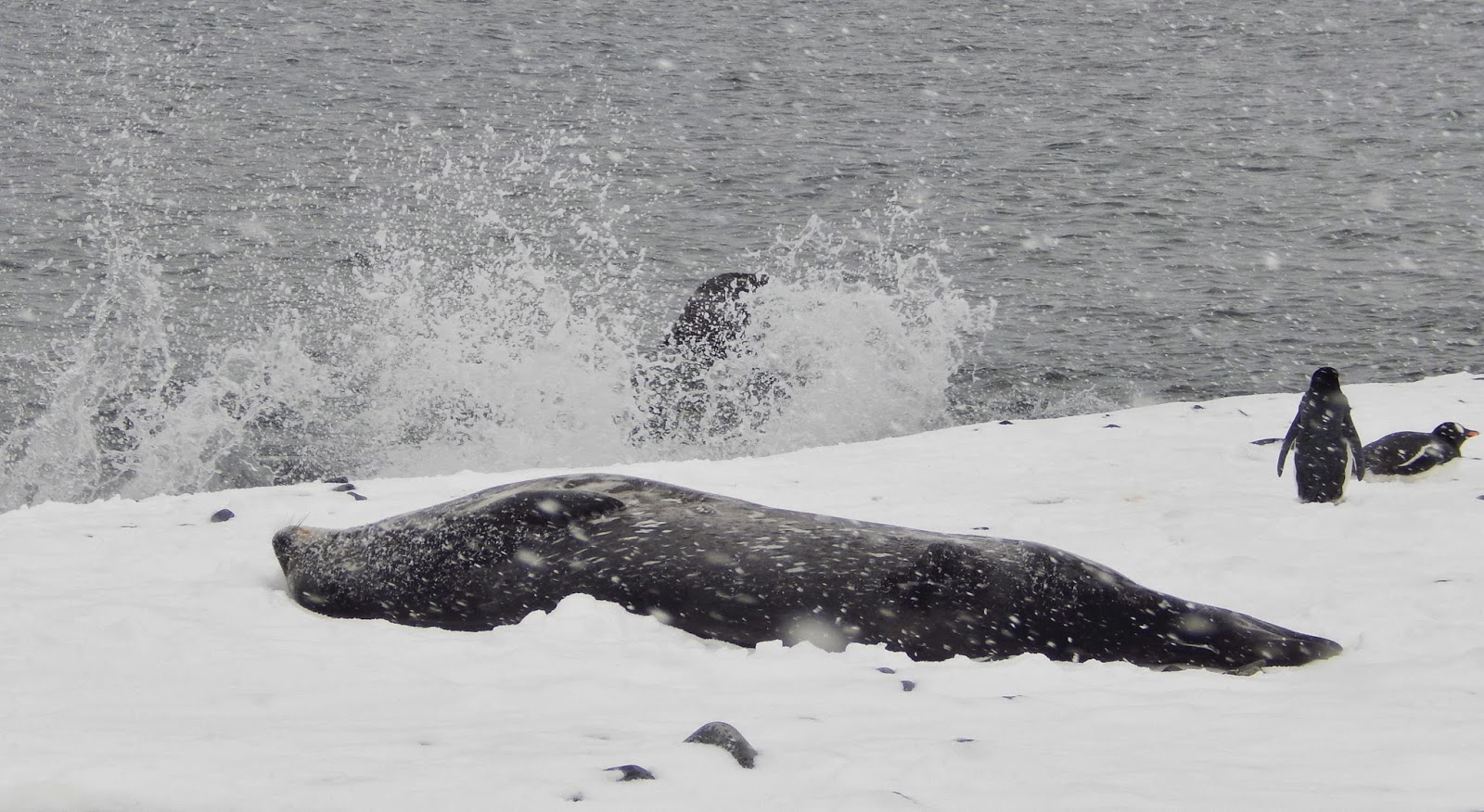 We kept one eye over our shoulders on the aggressive fur seals (actually sea lions, remember) who barked, hissed, and fought each other. We were able to see a few weddle seals more clearly, with their cat-like faces and whiskers but they disappointingly stayed sedentary. They didn't even seen to mind when two gentoos checked them out. A humanesque scratch of the chest and brief lift of the head were all they could muster. 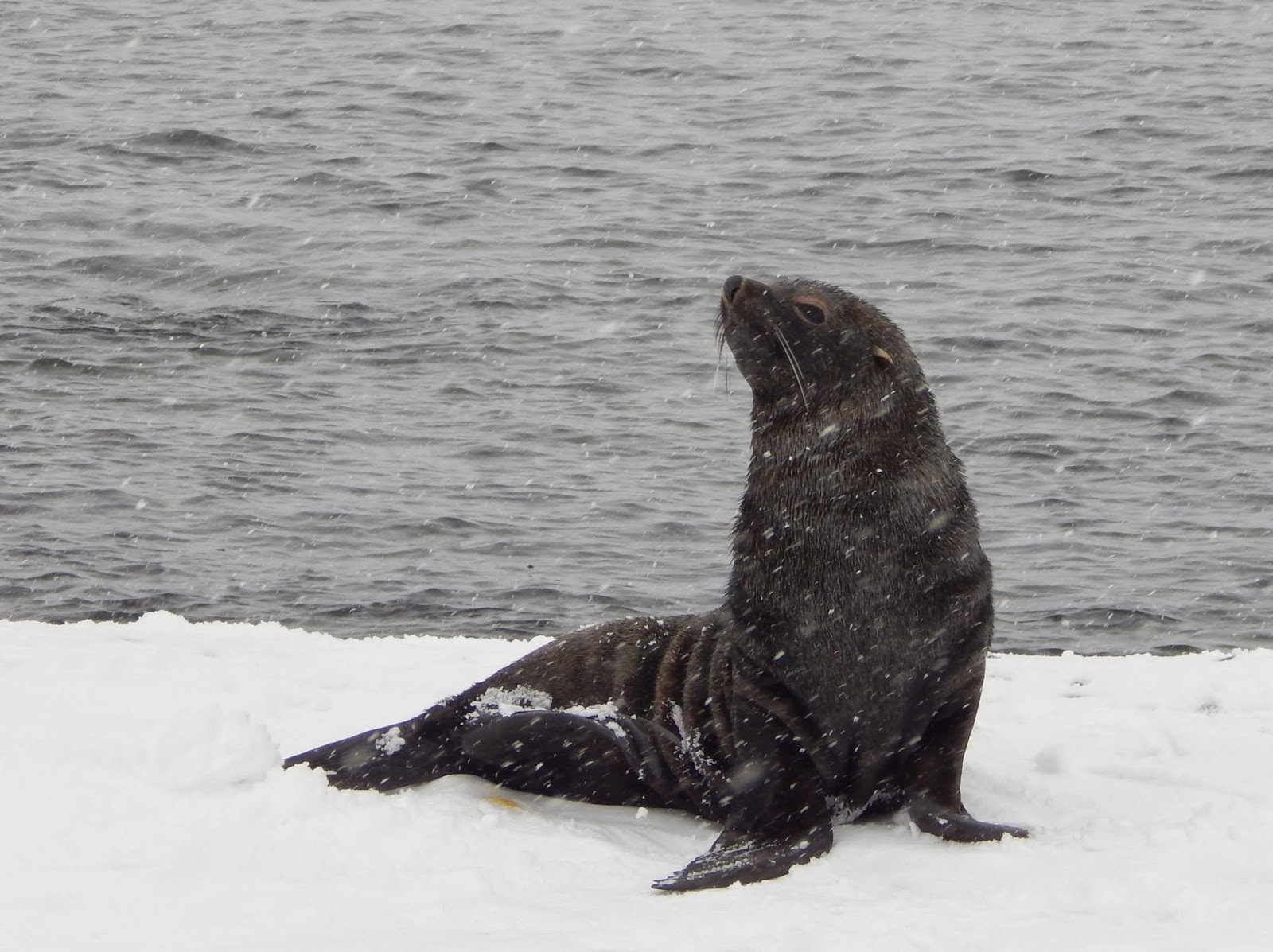 We had an hour or so to relax before our warning that we were entering the Drake Passage once again. A collective groan was audible as people hurried to secure their belongings. We were both not feeling great before we even entered the Drake, so we had soon skipped dinner and had a new appreciation for what those with sea sickness go through. The night was spent with constant reminders of how little we'd done to prepare our room, as items pitched off of our desk and rolled around on the floor.