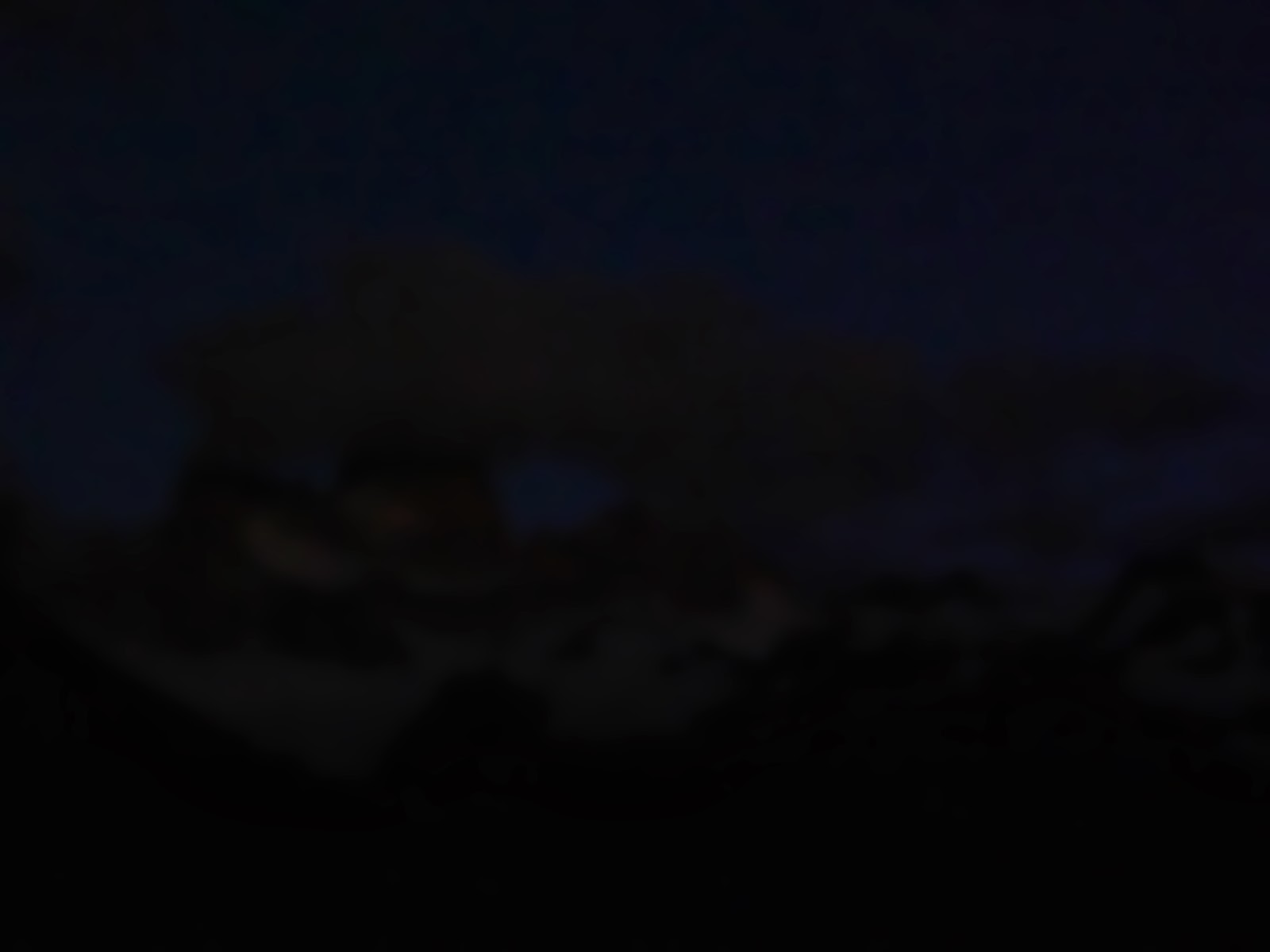 With waking up for sunrise being the bee's knees over in nearby Torres del Paine, we were surprised that the same eagerness did not exist for Fitz Roy. Having hiked 56 km in the last two days, we figured, Why not make it an even 70 before breakfast? We were on the trail by 4:30am and reached the Mirador just as the mountain was becoming visible in the distance. 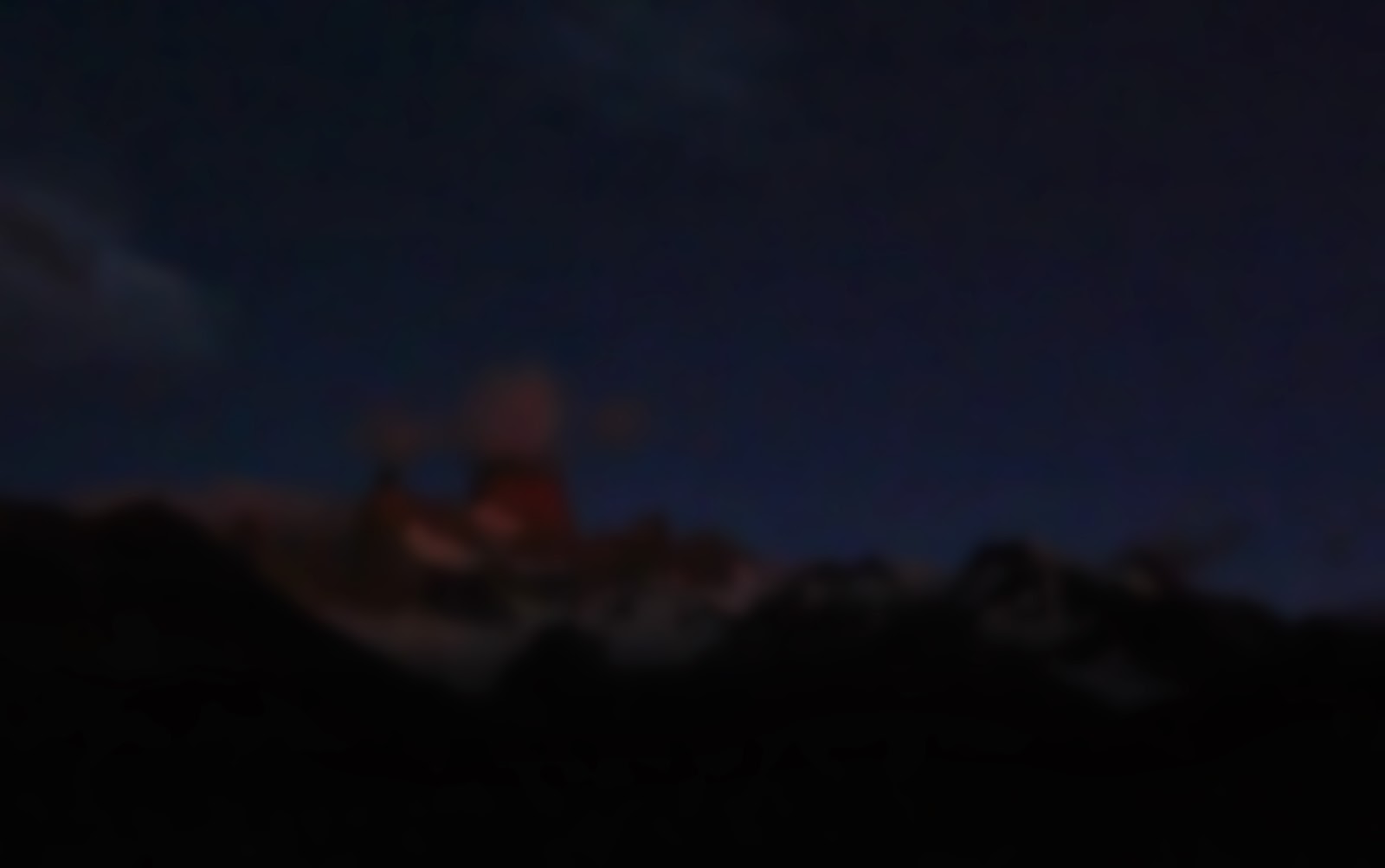 We quickly put on our longjohns and wrapped ourselves up in a sleeping bag, securing the best spot (good view and comfy rock) in case hoards of others were soon to join us. As a second couple approached (the only one, in the end, to join us), the first light could be seen spilling over the horizon. The unimpressive orange glow rarely stole our gaze from Fitz Roy as he became more visible and changed colours in anticipation of the sun's warming light.

It wasn't long, though, 'til that little orange spark on the horizon had ignited the entire eastern sky. 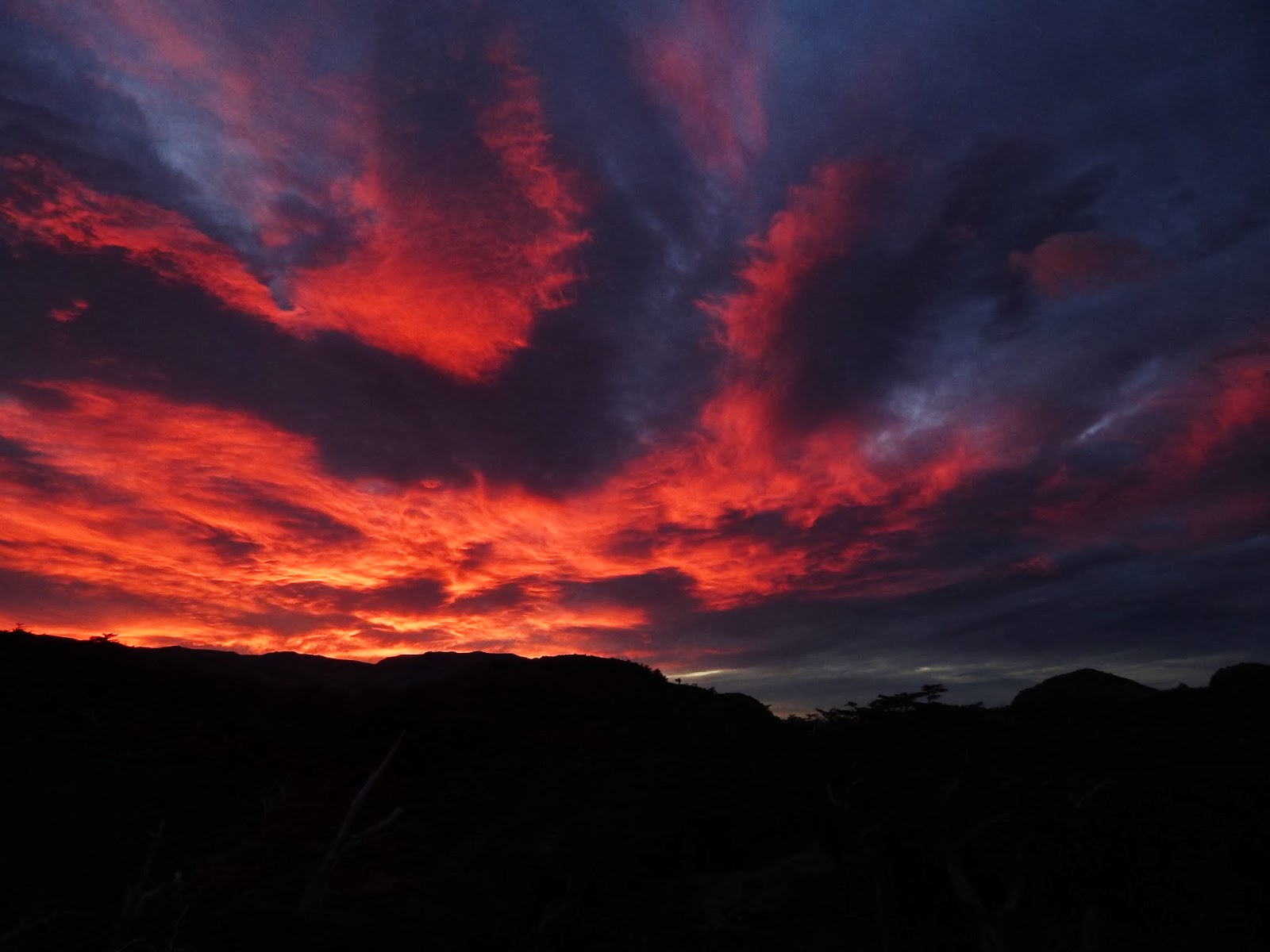 From this point on, our heads were on swivels as we spun often and quickly, not sure which ever-changing beautiful view to focus on. 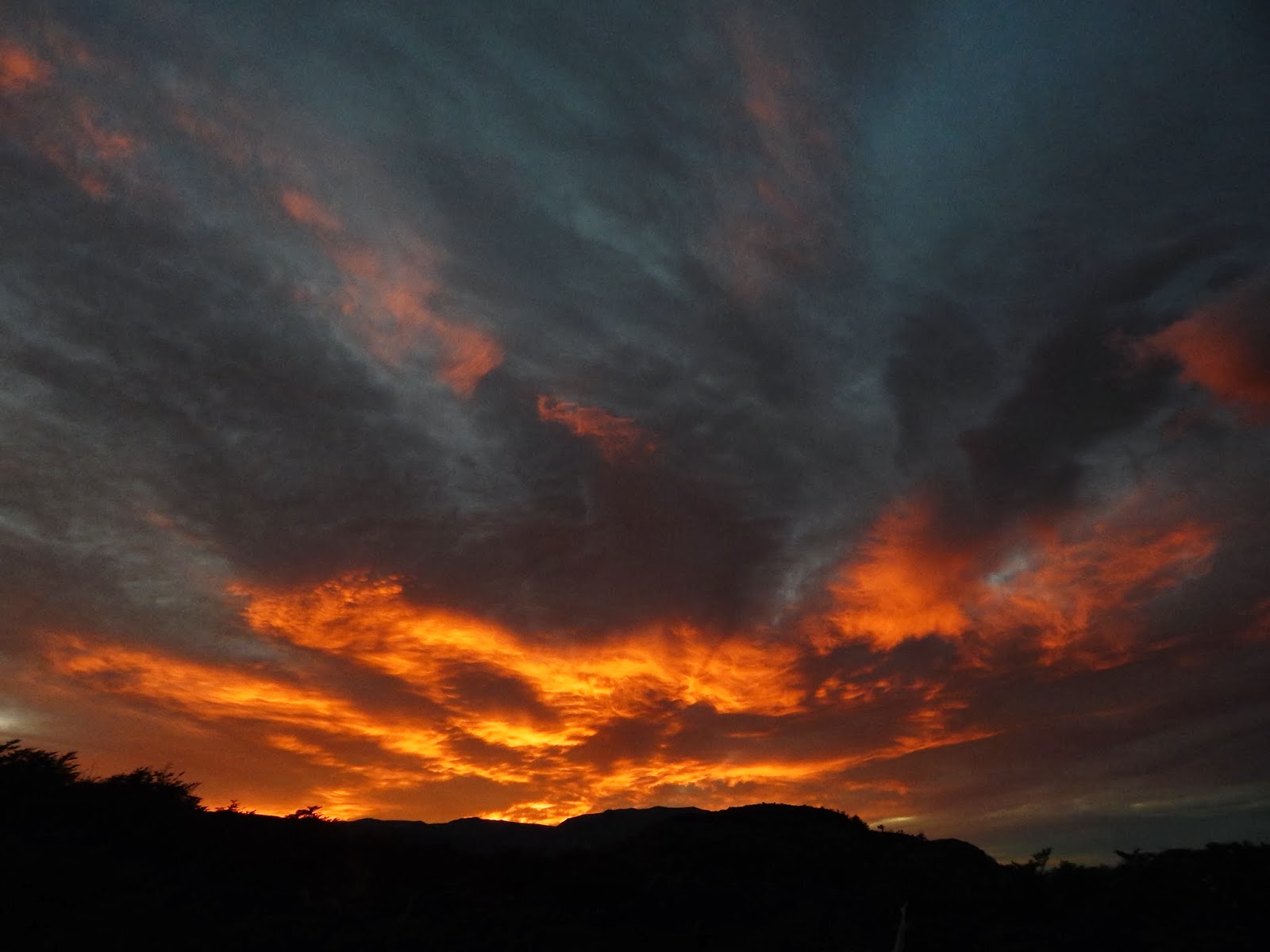 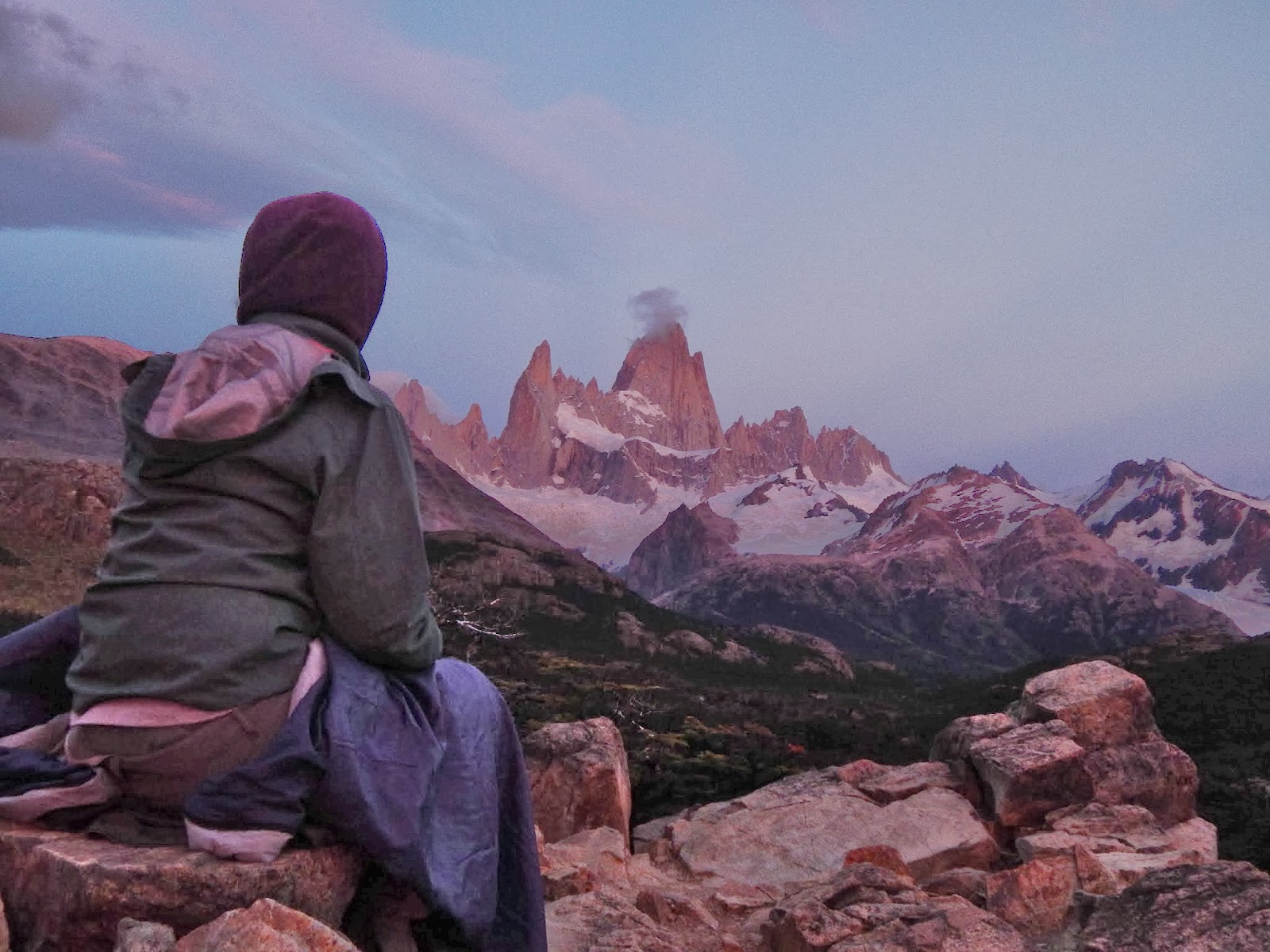 When the sun crested the hill, the sky behind us turned into a yellowish overcast haze and we were able to devote our full attention forward, as the rays of the sun worked their way down the iconic mountain face. 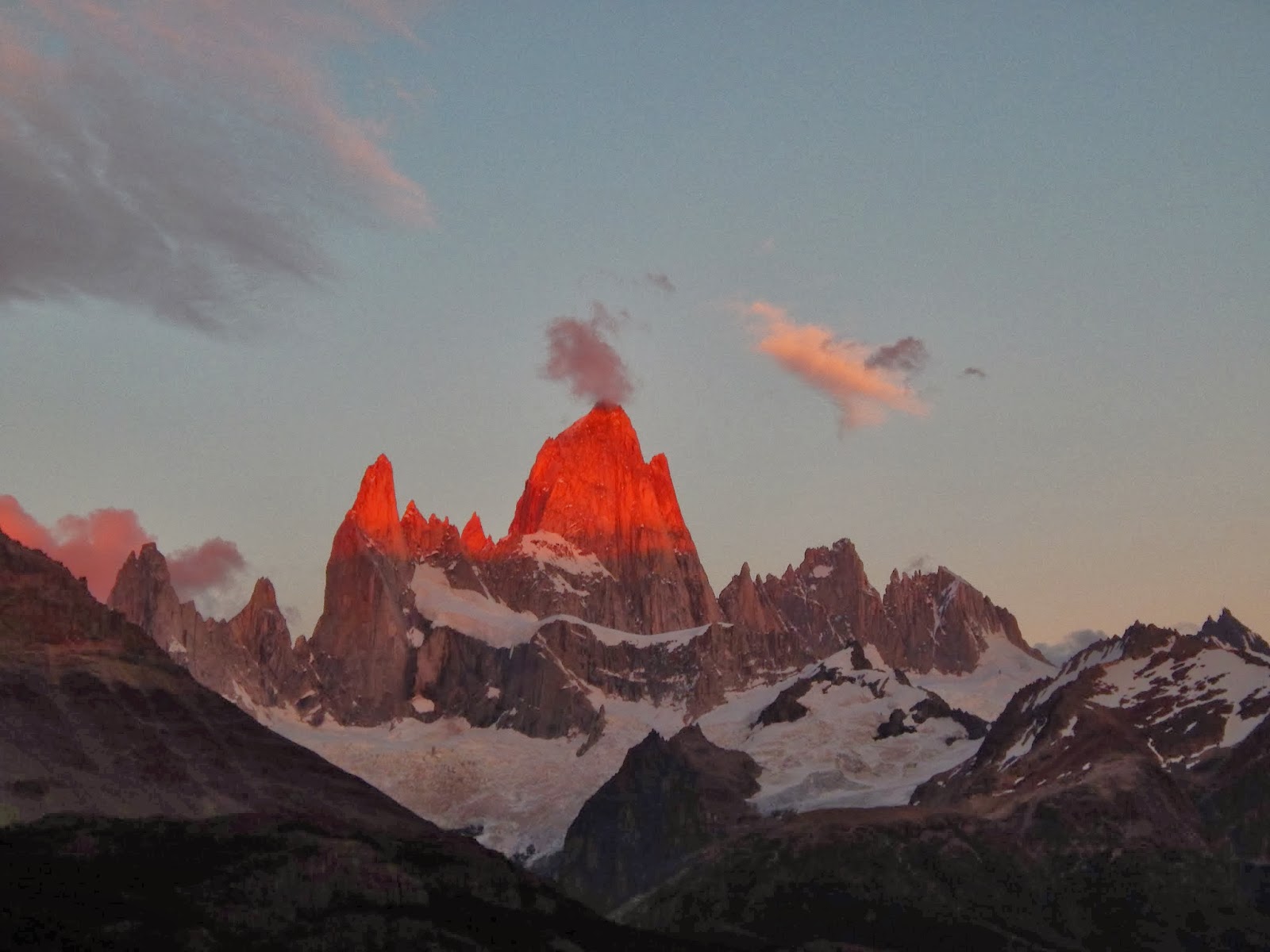 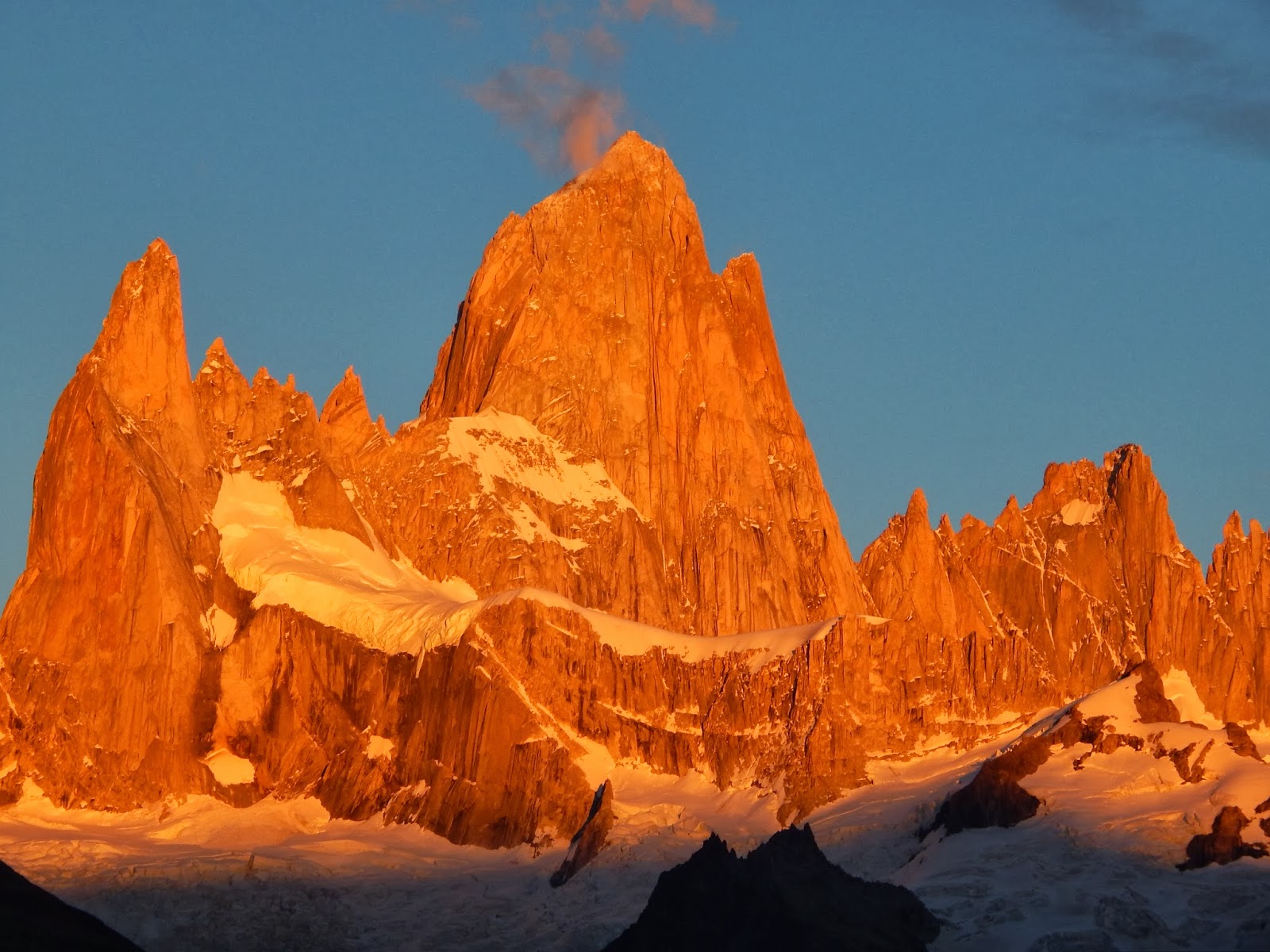 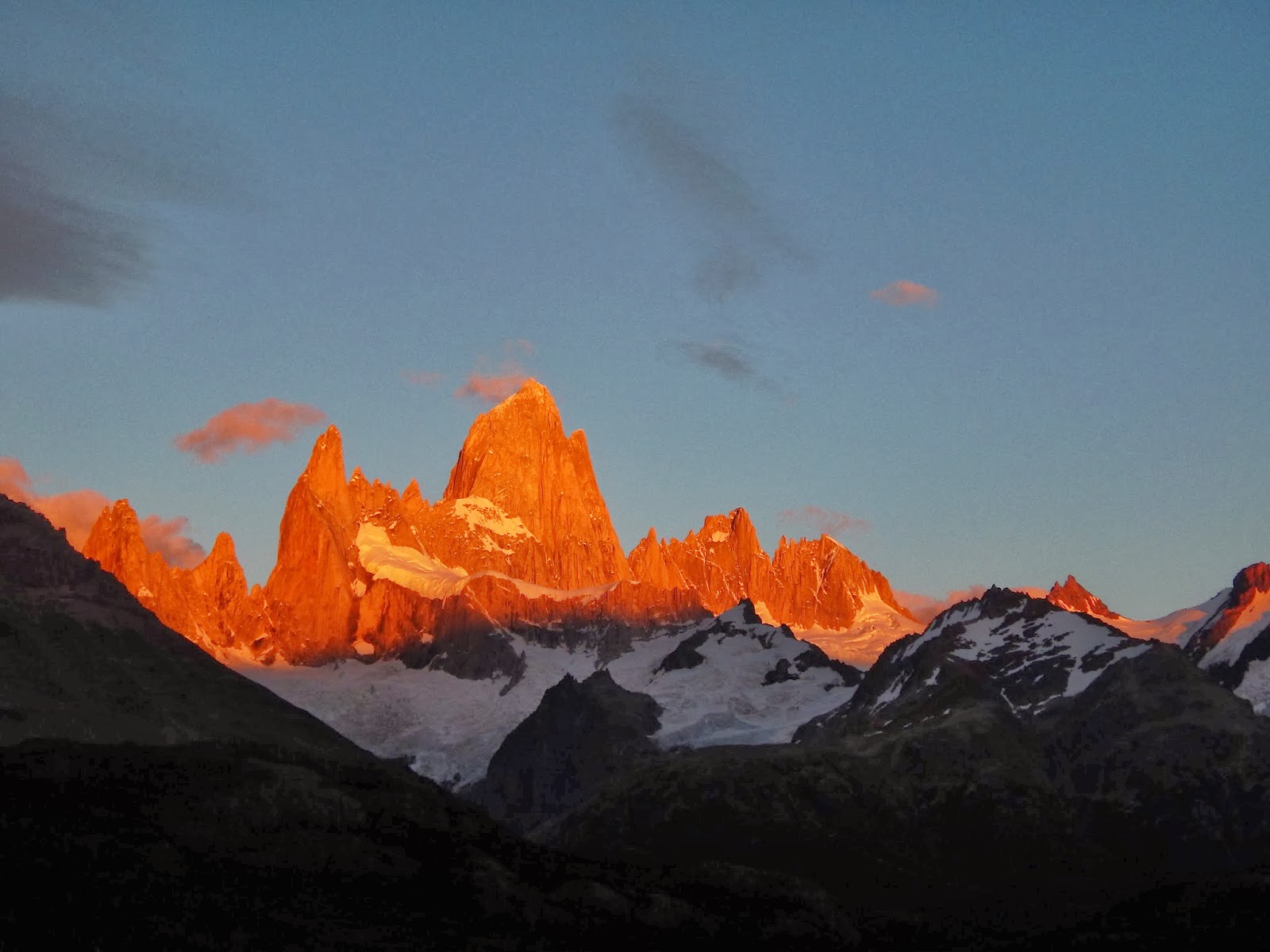 Once the rock wall was completely illuminated, the tip went back into darkness, as the clouds to the east only allowed a thin slit for the light to peek through. This made it easy to pack up and return home to warmth and food. We rested our aching muscles the rest of the day and took in some more of the culinary accomplishments of the small town, the highlight being steaks, each the size of two fists pressed together.
Posted by Craig & Erin at 9:00 PM