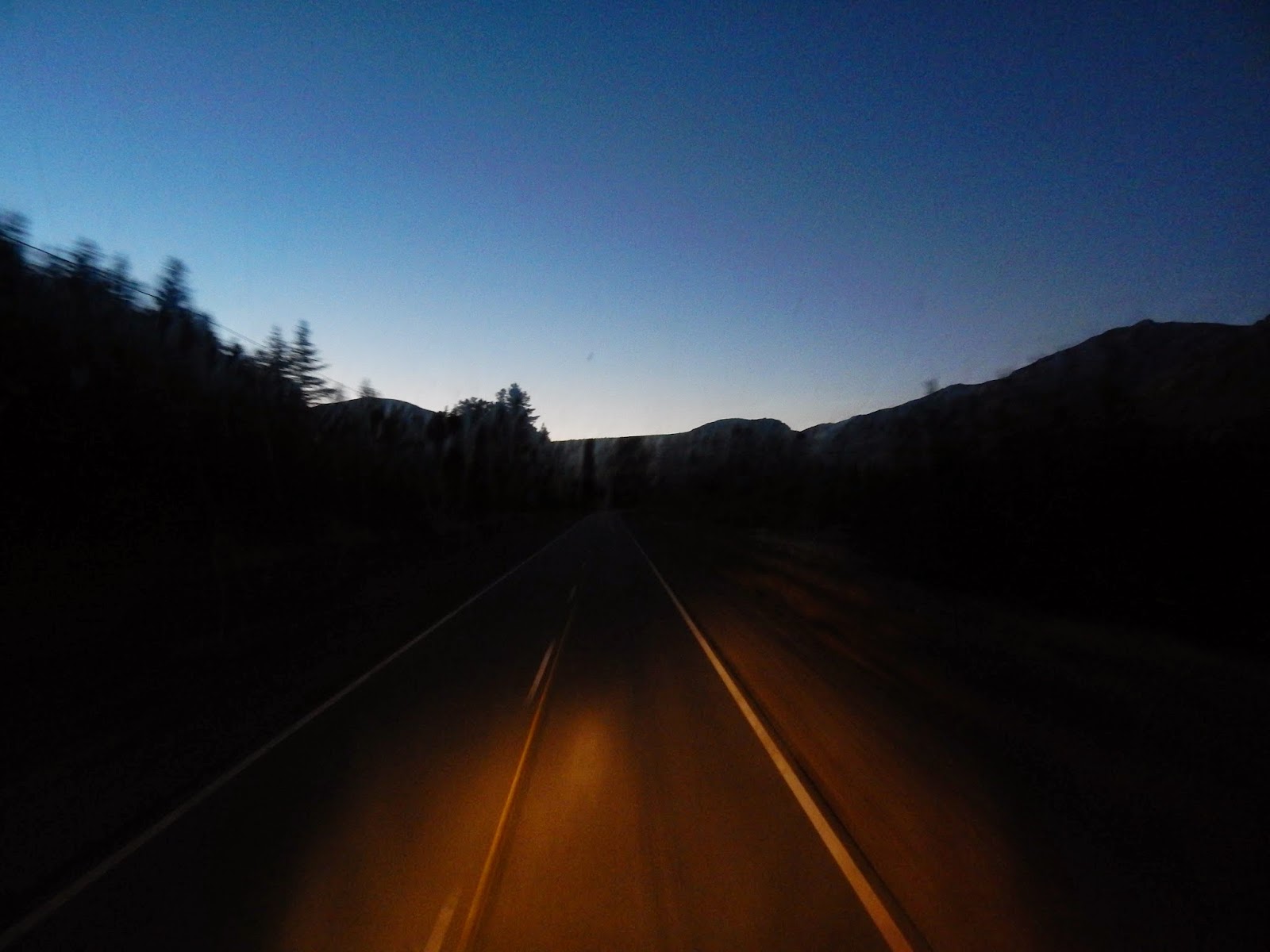 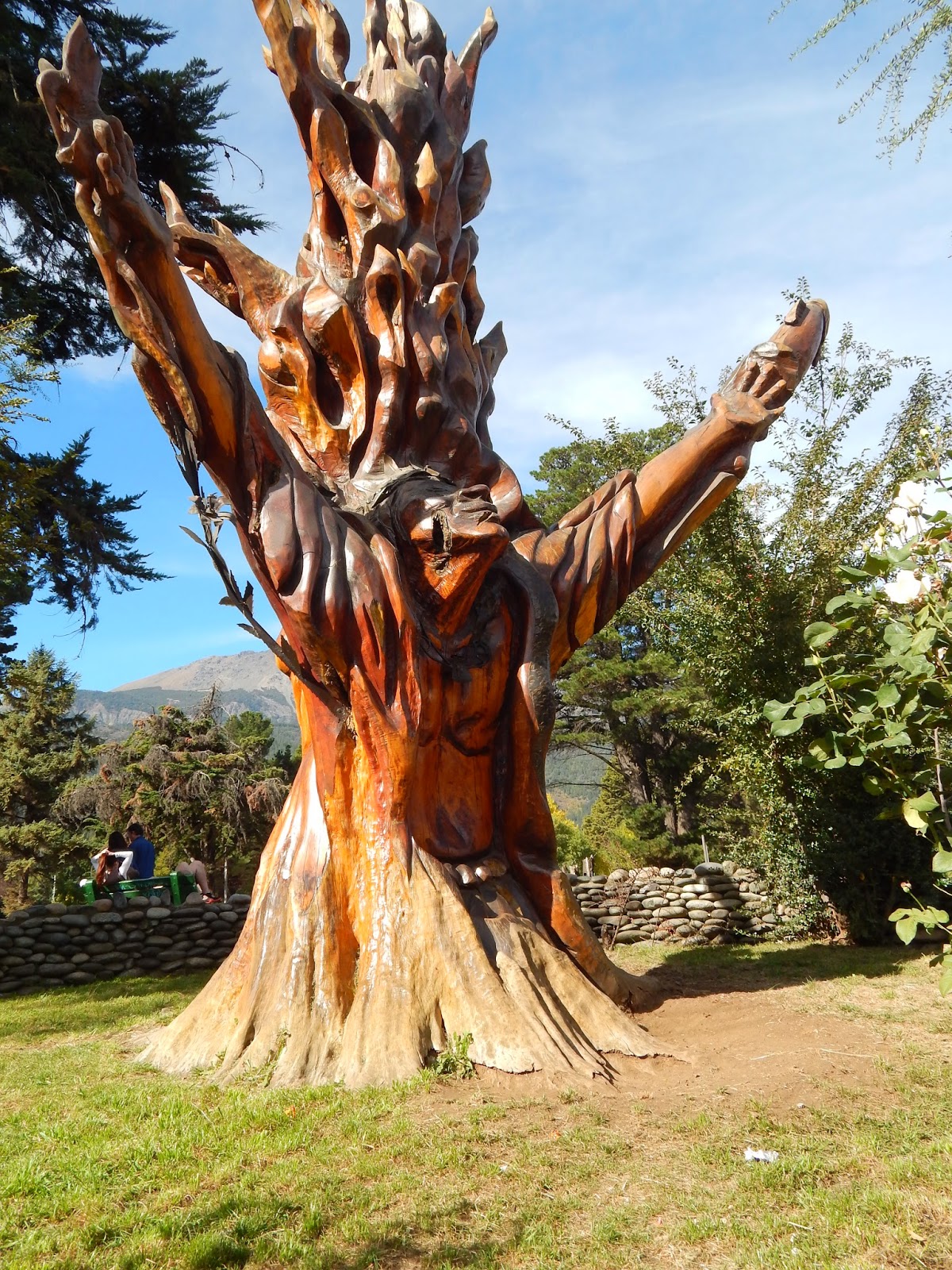 It was another night bus, this time only 12 hours, that took us to El Bolson. We got the front seats again, but it was with a different bus company and there wasn't quite the same amount of room. We awoke to the sun rising and the terrain gradually rising into mountains. We passed through Esquel and reached El Bolson by 9:30 am.

From our first look, the town confirmed our thoughts that it would be just like home. The setting, though less grand than Canmore or Banff, was in a valley between rolling hills with snow-capped peaks just visible in behind. Noted as a hippie town, beautifully carved wooden statues and anti-political paintings adorned the plazzas and artisans were just setting up their stalls for the market. We walked the main strip to our cosy hosel, which boasted a spacious kitchen, and settled into the four-bed dorm that they rent out to couples in the low season. 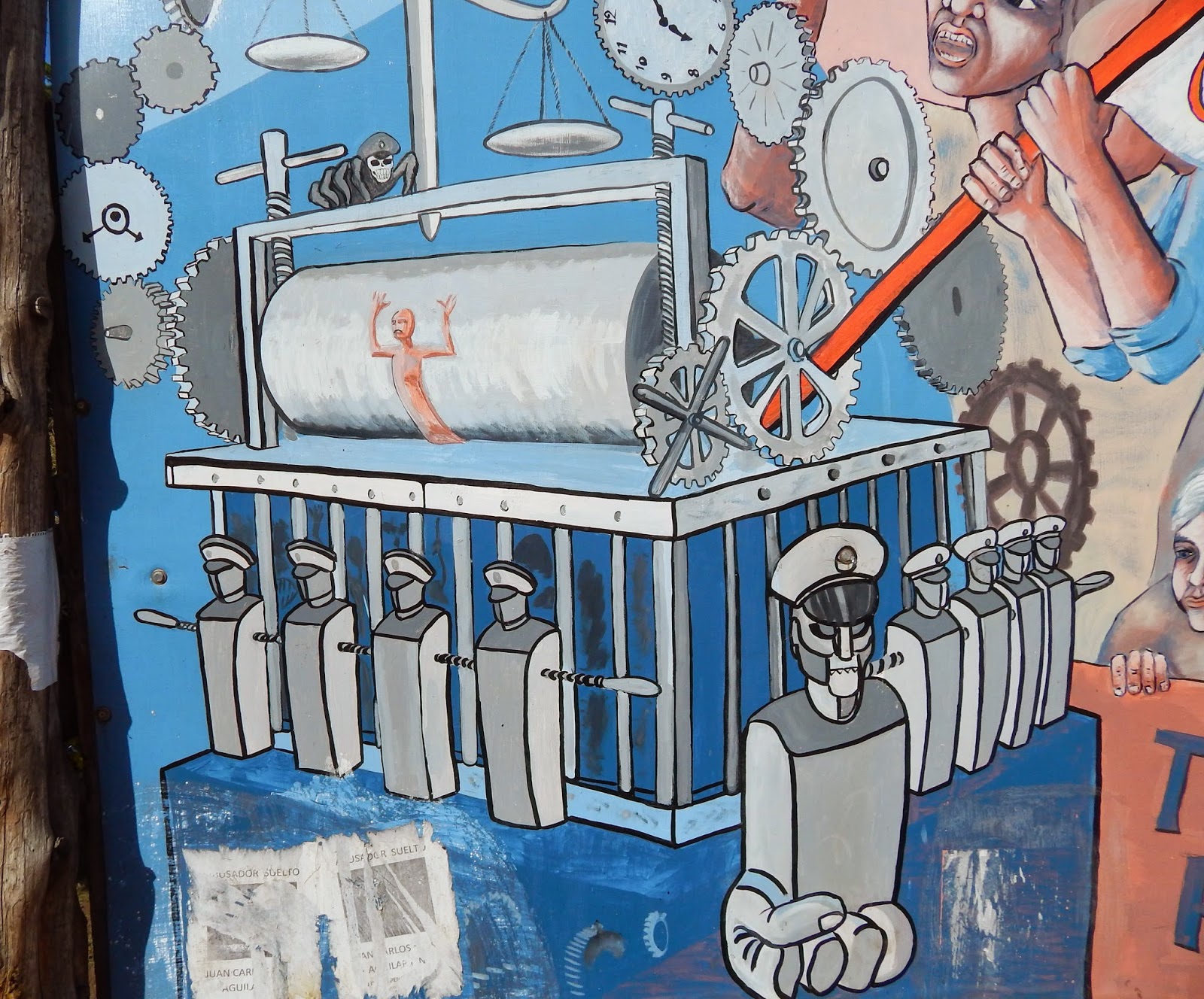 We ate out for lunch, feeling that we deserved a treat after skipping a night's accommodation, and Craig enjoyed what he dubbed 'the best beer of the trip.' We relaxed for the rest of the day and were able to be up early for a day of hiking. 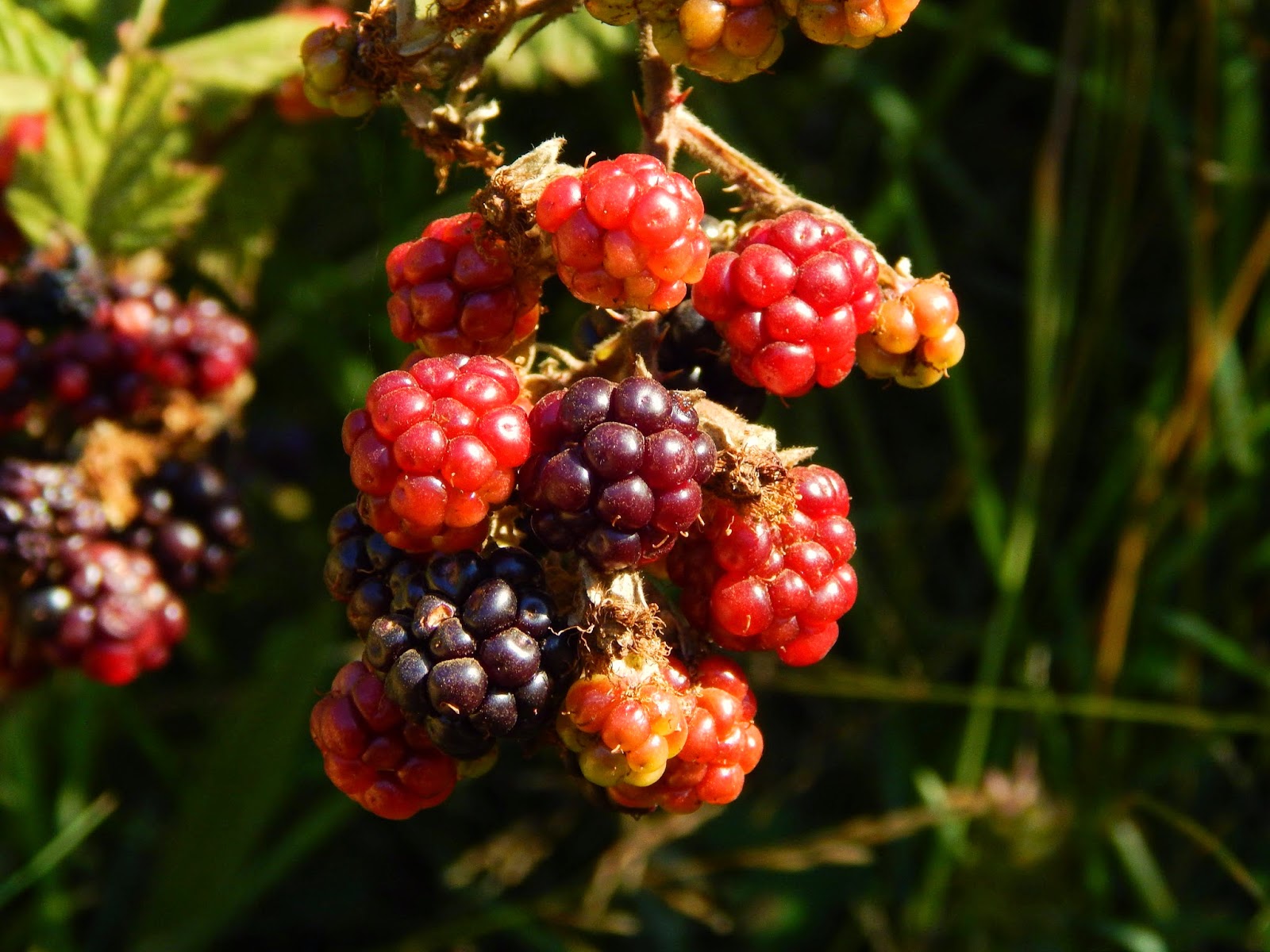 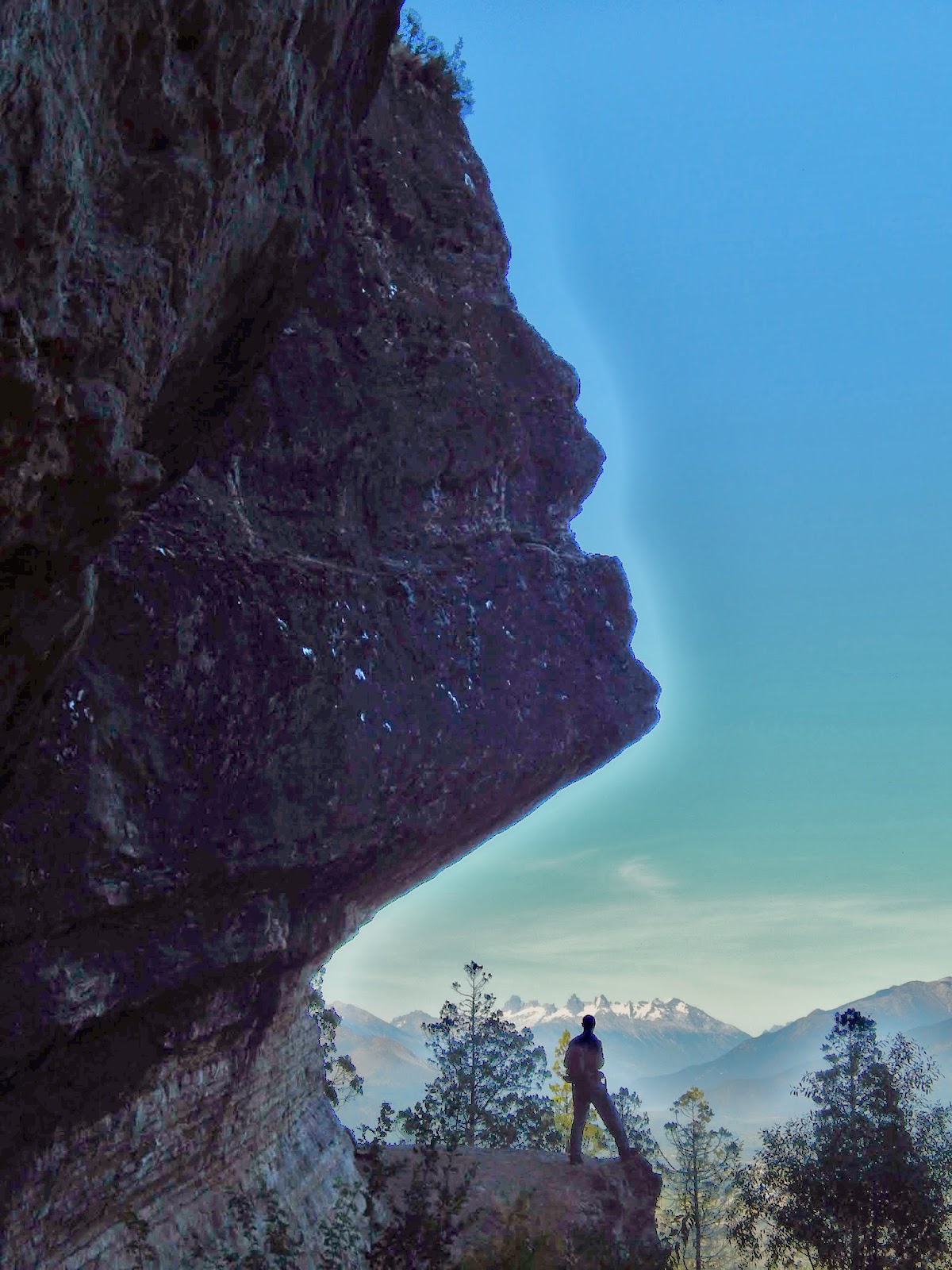 We'd read that it was possible to hike between some of the town's sights, La Cabeza del Indio and Las Cascadas Escondidas with a stop at the Rio Azul lookout on the way. What hadn't been clear was the fact that the "trail" to the lookout and Cabeza was actually a dirt road. This, plus the less-impressive views than we were expecting, lead to some disappointment, but it was brightened by the fact that we rarely saw anyone else. We arrived at the Cabeza and hiked the 'zig-zag trail' that once it neared the end, was carved out of the rockwall. Erin arrived at the platform first and looked back to see Craig standing right under the giant face in the rock. 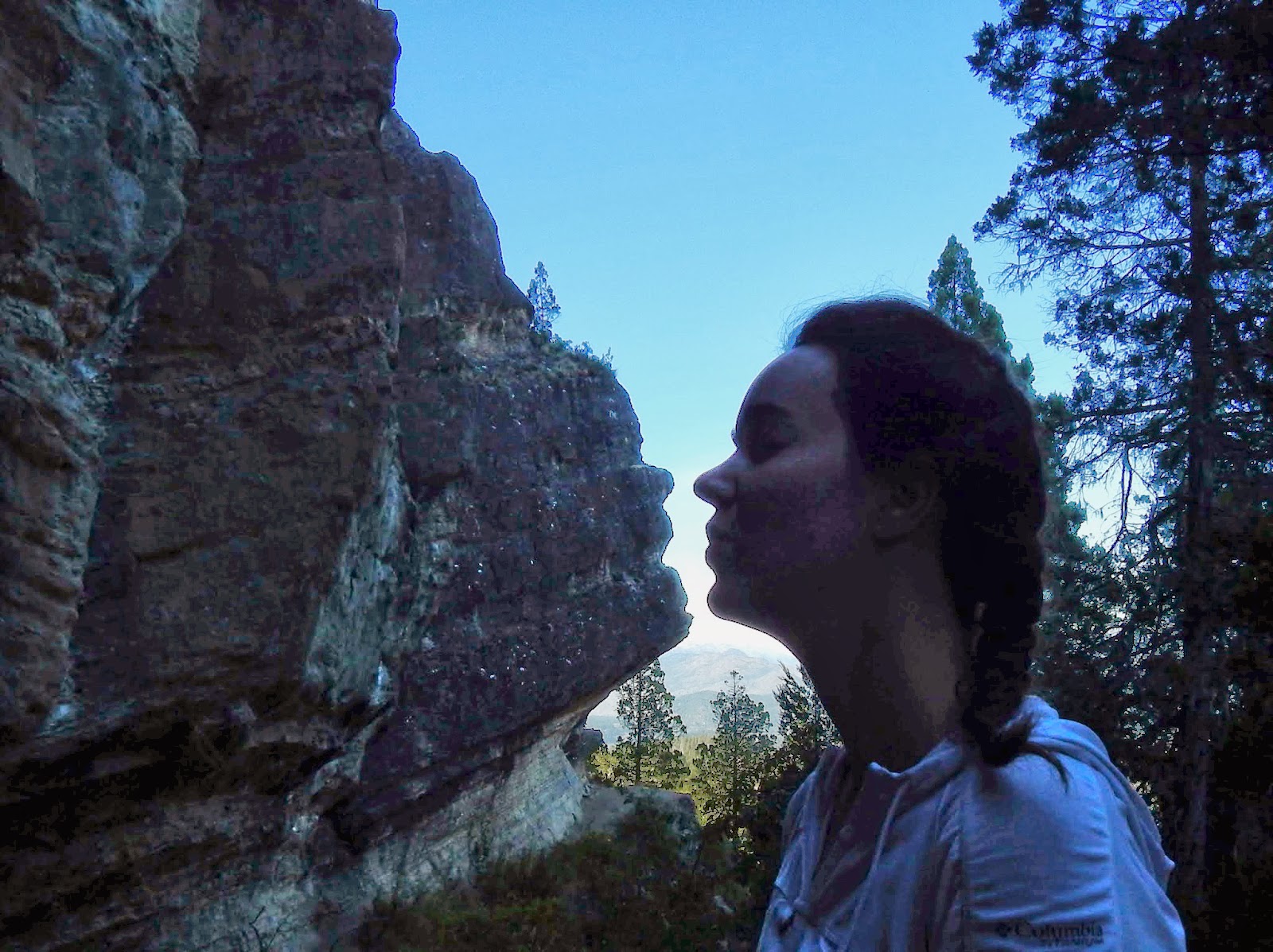 We took a break and a few silly photos, then started back to the turn-off we'd seen for the waterfalls. On the way, Craig spotted a different trail that lead upwards and we went exploring for a better view.

The trail between La Cabeza and Las Cascadas was a dusty path that took us through a forest and down into a meadow. It was nice to be off the road and we were treated to further time away from other hikers. We'd heard the trails were poorly marked, but didn't have trouble spotting the markers; it was just realizing that they are posted at eye-level if you're on a horse. We arrived at the falls feeling pretty hungry and were glad for a nice view for lunch. After eating, we scampered around on the rocks under the two branches of water and cooled off in the spray. Another blog had informed us that there's a shortcut back to town if you follow the Interpretive Trail and take a right at the unmarked path between signposts 6 and 7. We practically slid down the steep slope, hopped a barbed wire fence, and arrived in the town cemetery. 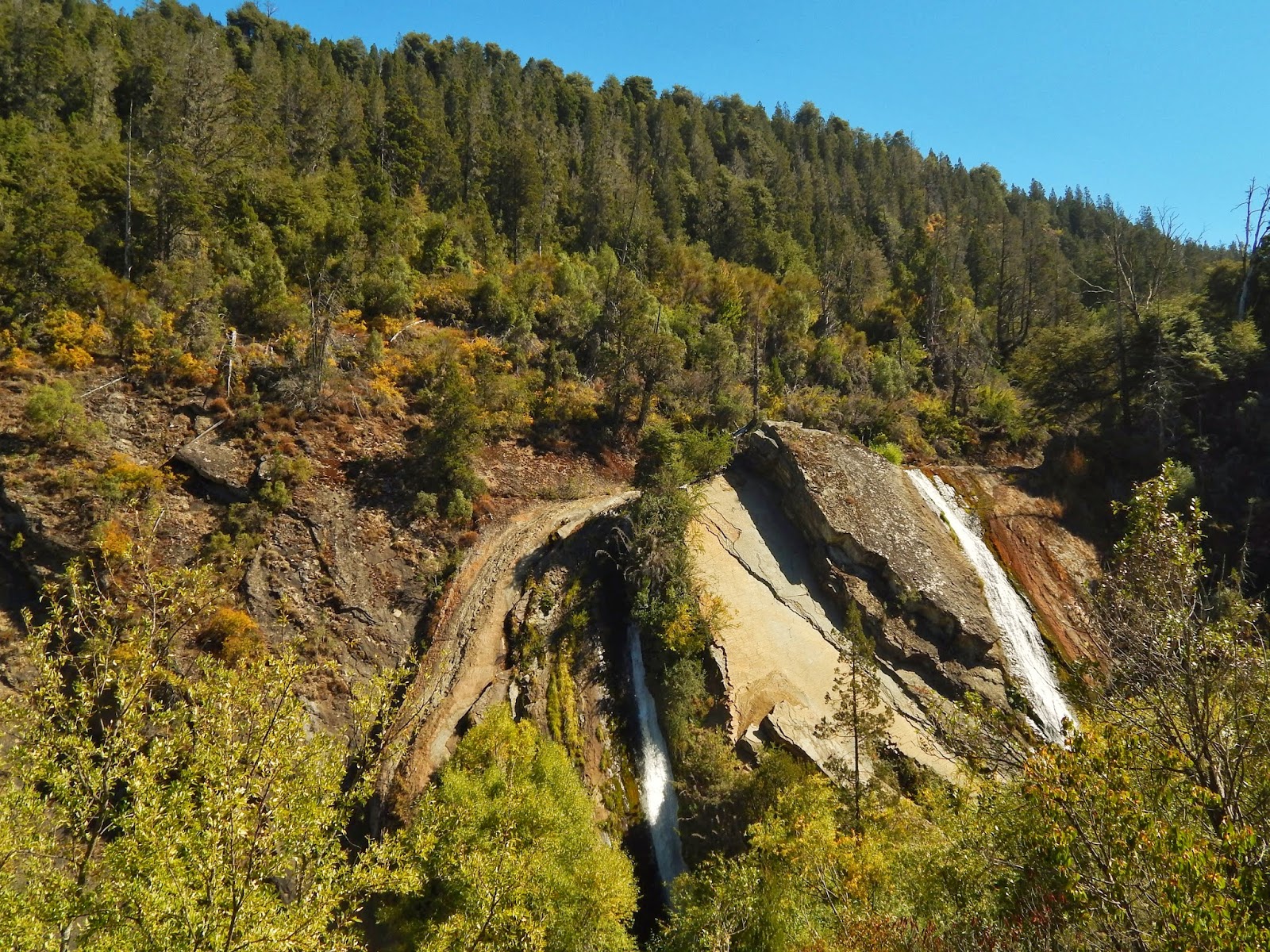 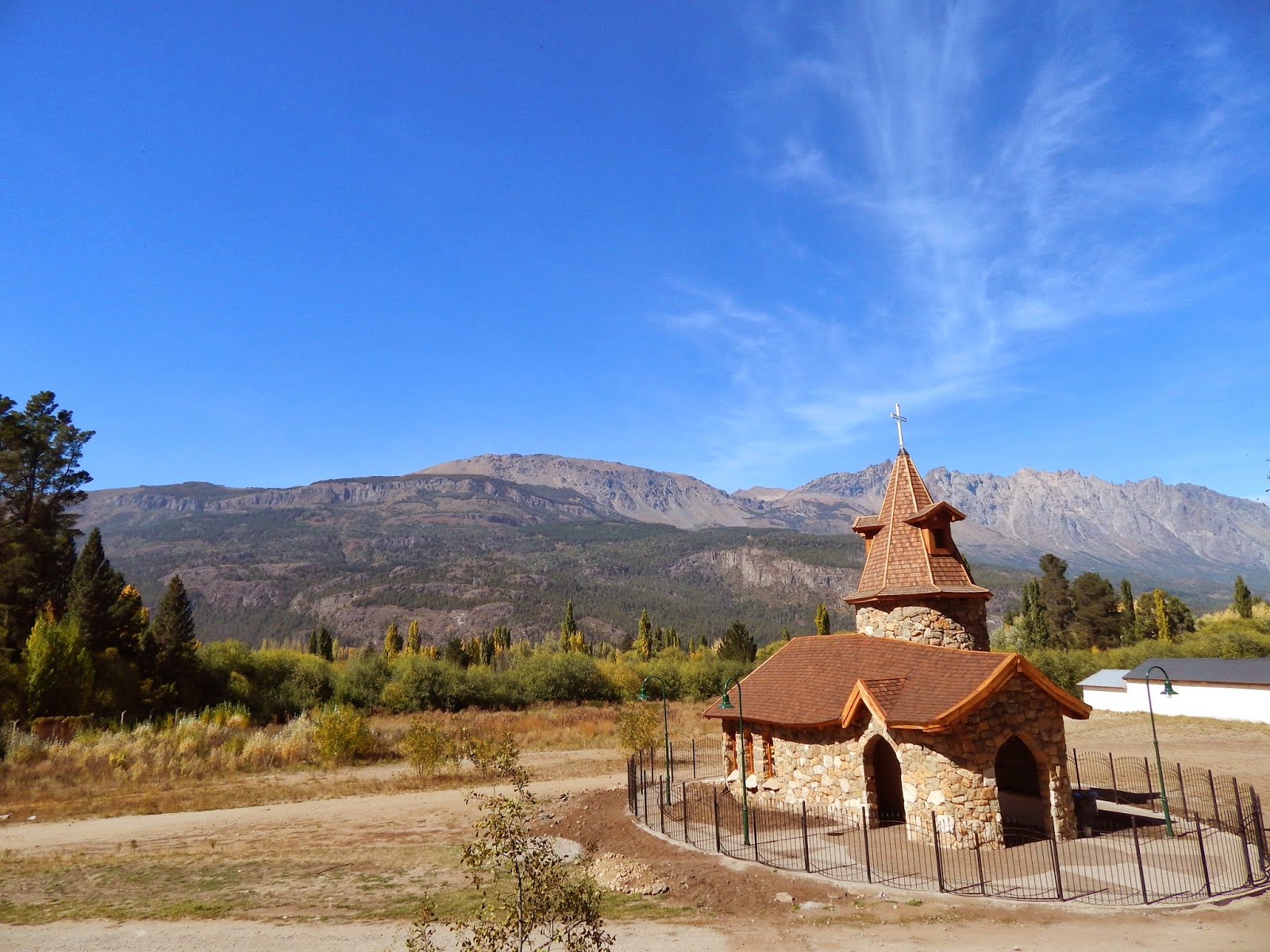 We were clearly more tired than we realized because we didn't notice the strong tire tracks leading away from the cemetary to the left. Instead, we branched right, heading towards the river where we thought we'd find a bridge. Many barking dogs did nothing to deter us from our plan, but in hindsight, maybe were an indication that we were walking down a dirt road less travelled. With a little doubling-back, we were on the right road again. We emerged at the highway and marched the rest of the way back to town with tired legs and trucks roaring past. We hoped that our next hike would get us into the wilderness a bit more so we could enjoy El Bolson's scenery. 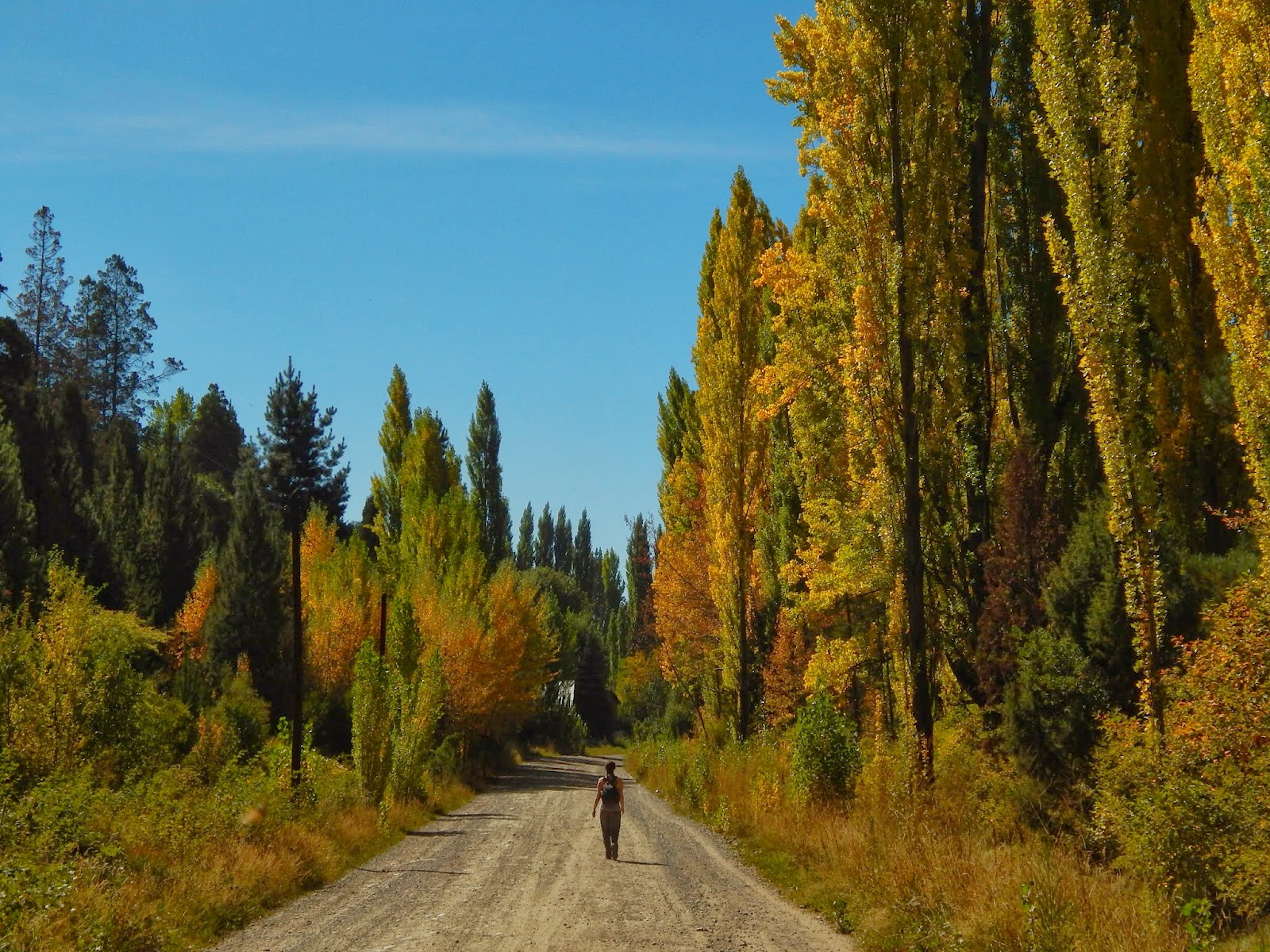