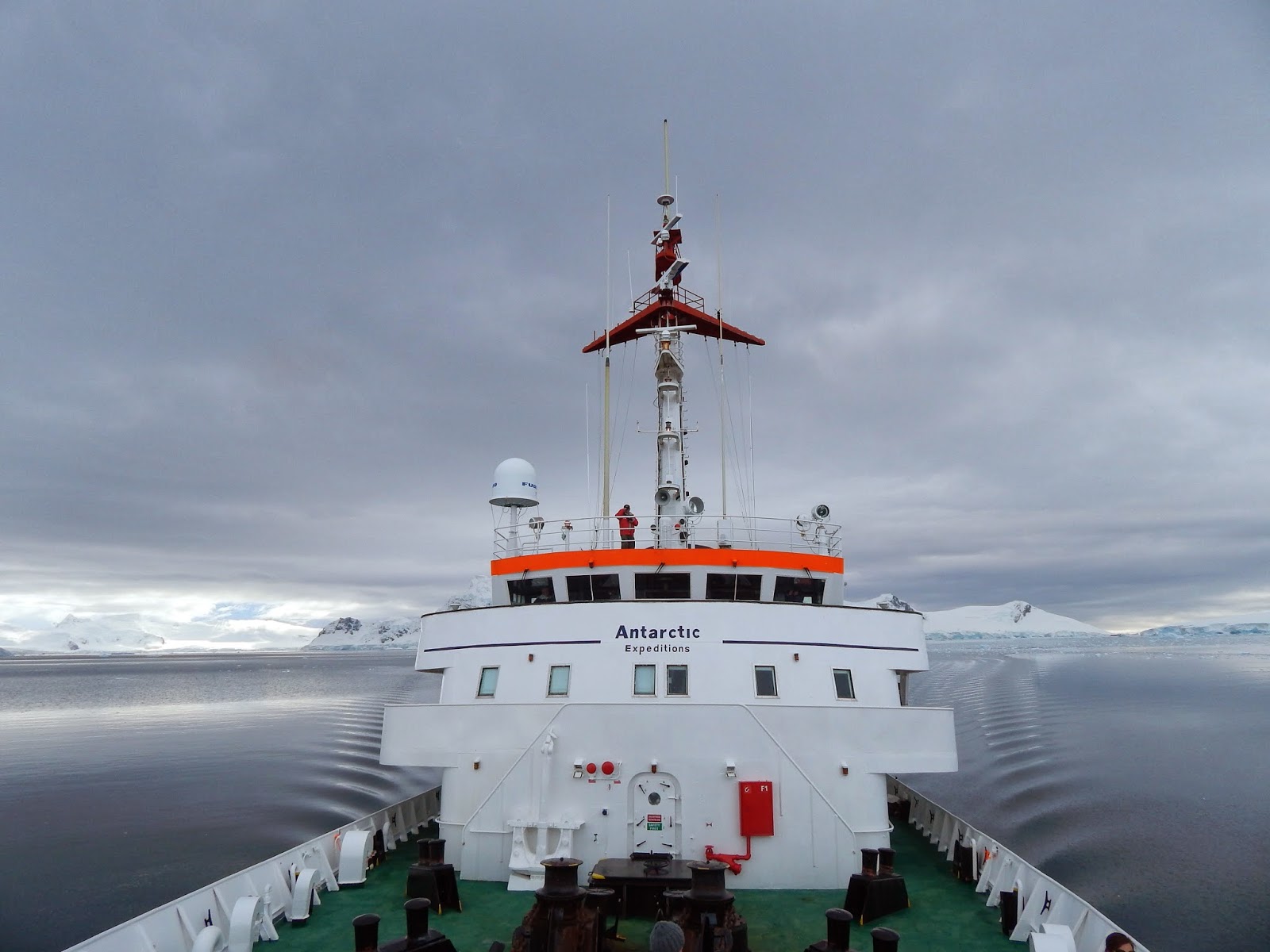 After lunch we arrived in Paradise Bay and split up into two groups. Our group, the "Penguins" would first visit the Brown Research Station while the other group took a zodiac cruise through a nearby cove.

Brown is an Argentinian station that was first established in 1960 (?) but was closed for 20 years after it burnt down in 1984. Supposedly, the station's doctor had just been told that they could not find anyone to replace him so he would be spending another winter on Antarctica, away from his family in constant darkness. A few days, later he was seen wandering around with fuel canisters before the station burned to the ground. 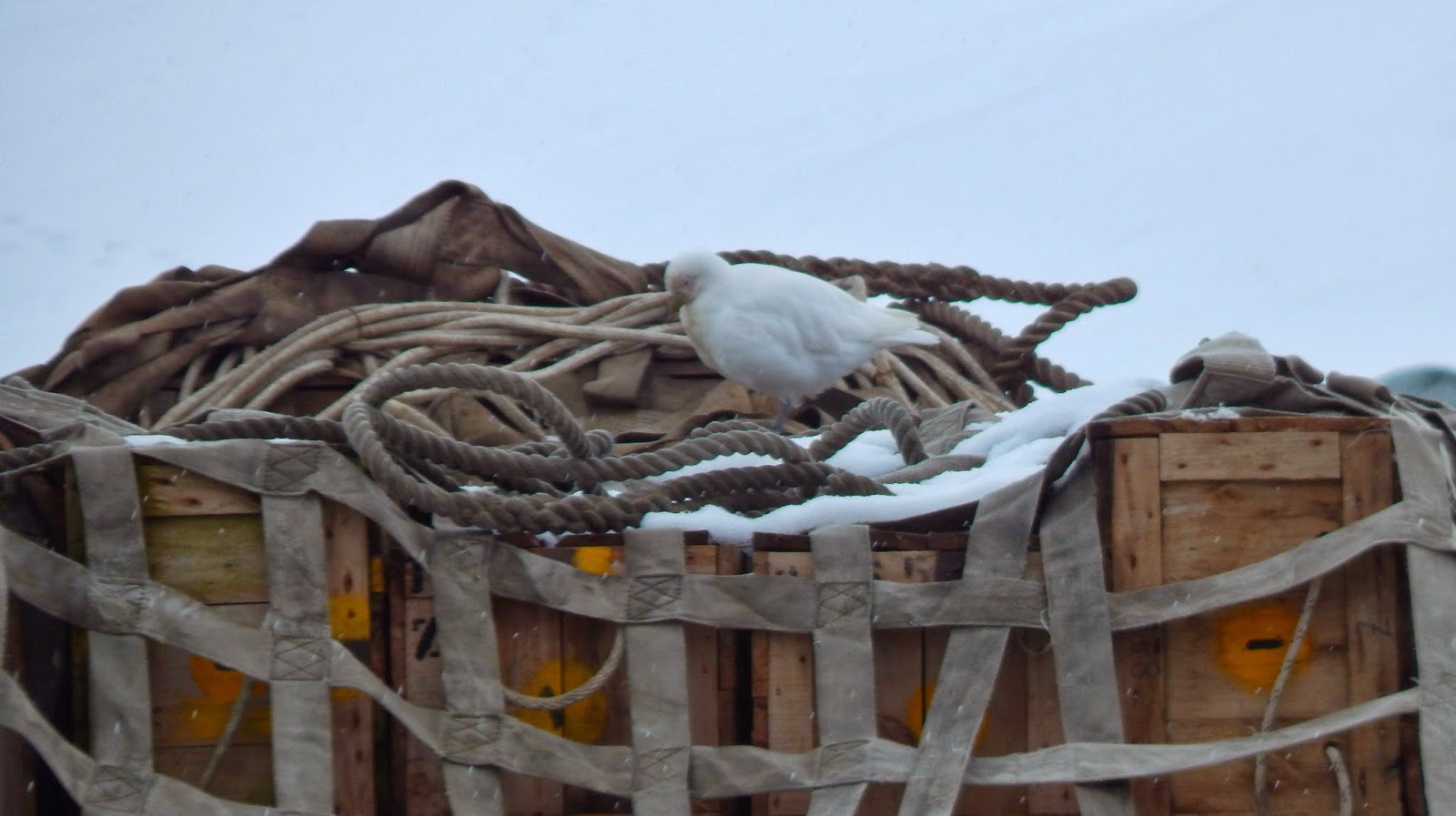 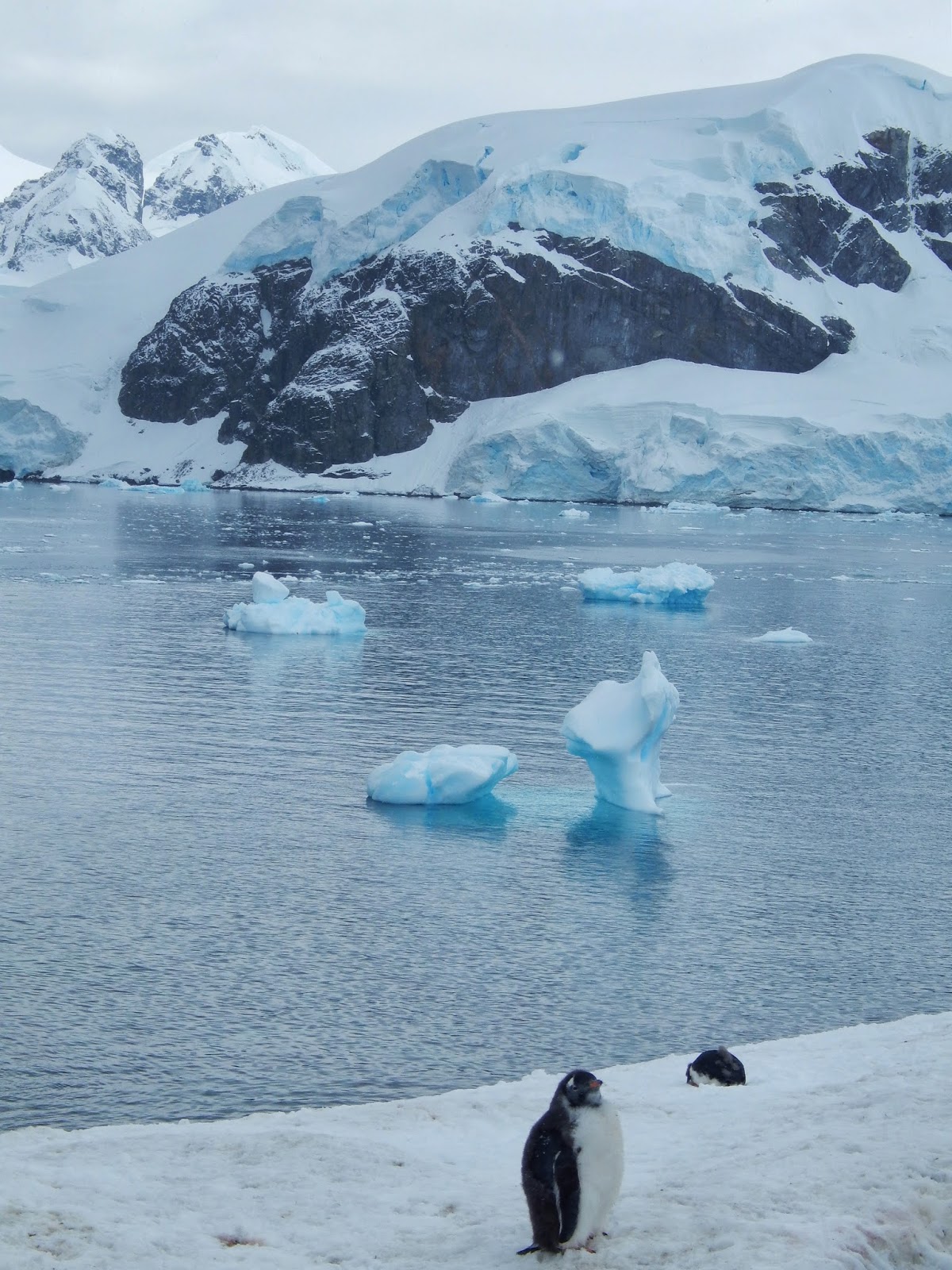 Now the station is only open in the summer and as such we arrived just as the 8 person crew were packing up the last of their things and waiting to be taken back to Ushuaia. The station was very small and as the staff were busy, we were not given any insight into the work that they do.

Gentoo penguins had overrun the station and we once again had to weave our way through them to make our way up to a view point. We sat and watched as the nearby glacier calved off. After Perito Moreno, Craig had become quite adept at noticing the signs of an imminent collapse. Sadly, even though he had the camera trained on the glacier, he would get too absorbed watching and calling out to Erin to remember to record anything.


After an hour and a half of idle glacier watching and the placid panorama of Paradise Bay, it was our turn to go for a zodiac ride. 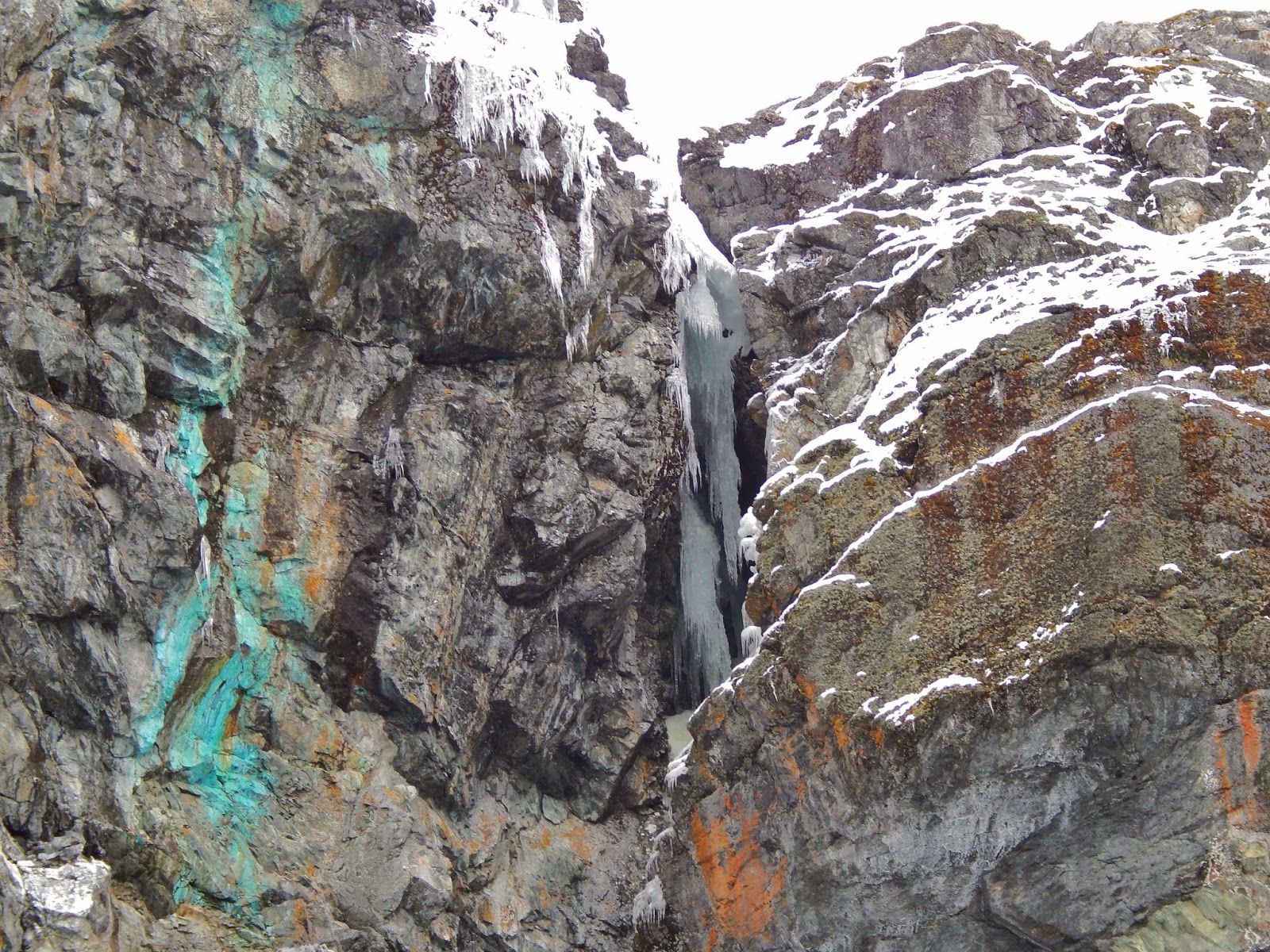 We rounded the corner of the peninsula on which Brown was located, and passing beneath the cliff we had be standing on a few minutes earlier. We observed some nesting cormorants and the various lichen and minerals in the rock face that created quite the colourful array.

As we continued, the sea ice grew more dense. In front of us, in the calm water, it looked as though it could have been one continuous patchwork quilt of ice but as we advanced it would bump against the boat and roll apart into millions of small pieces ranging from golf ball to pool table-sized chunks. We were told that in another week, the whole cove might be frozen over and impassable. 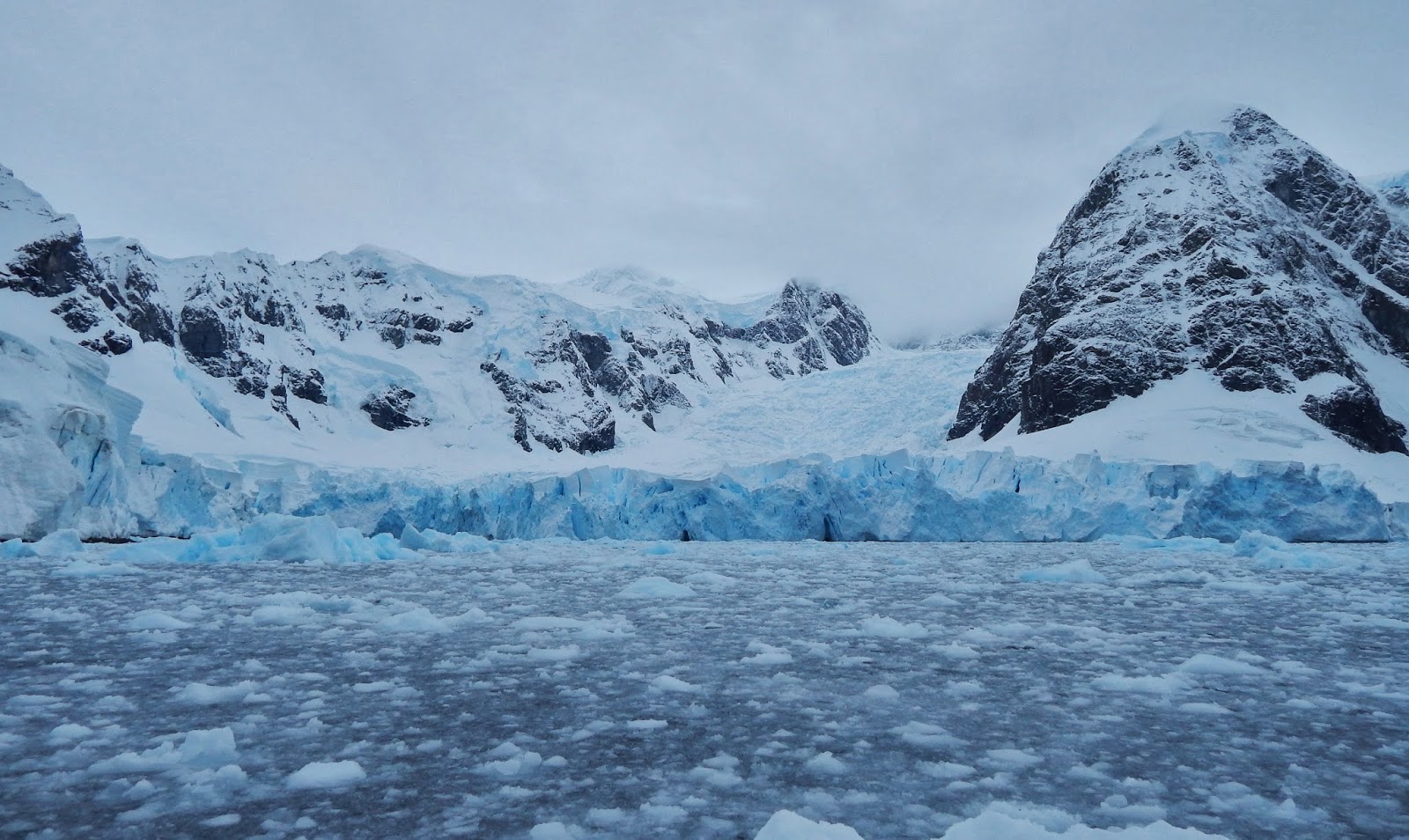 Before us stood another impressive glacier; this one had receded 500 m in the last 10 years, according to our veteran zodiac pilot. Thus, the sea ice was mixed with glacial ice as well as large, gnarled icebergs. We never got tired of peering over the edge of the boat at the fluorescent blue depths of the submerged portions of an iceberg. 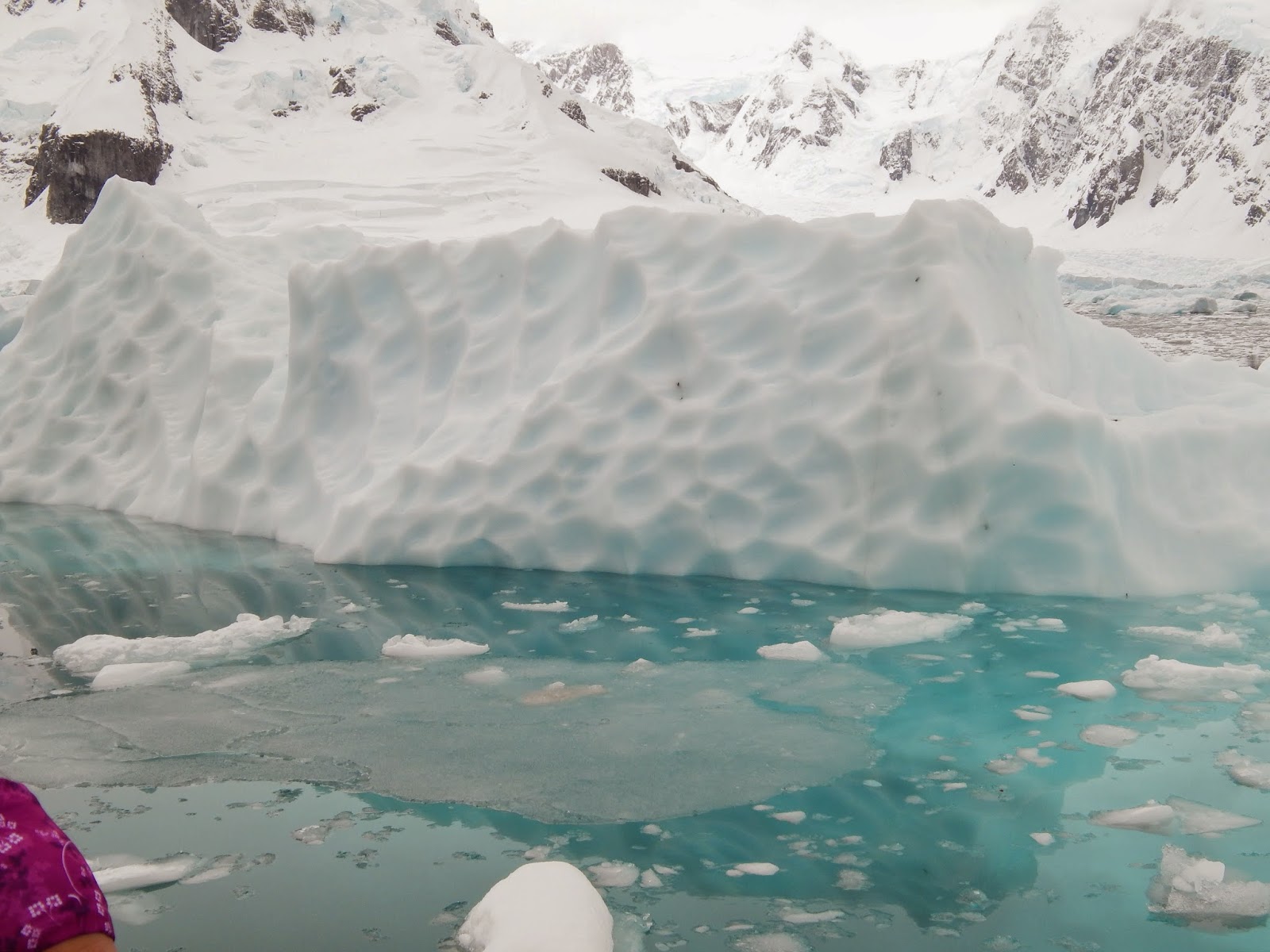 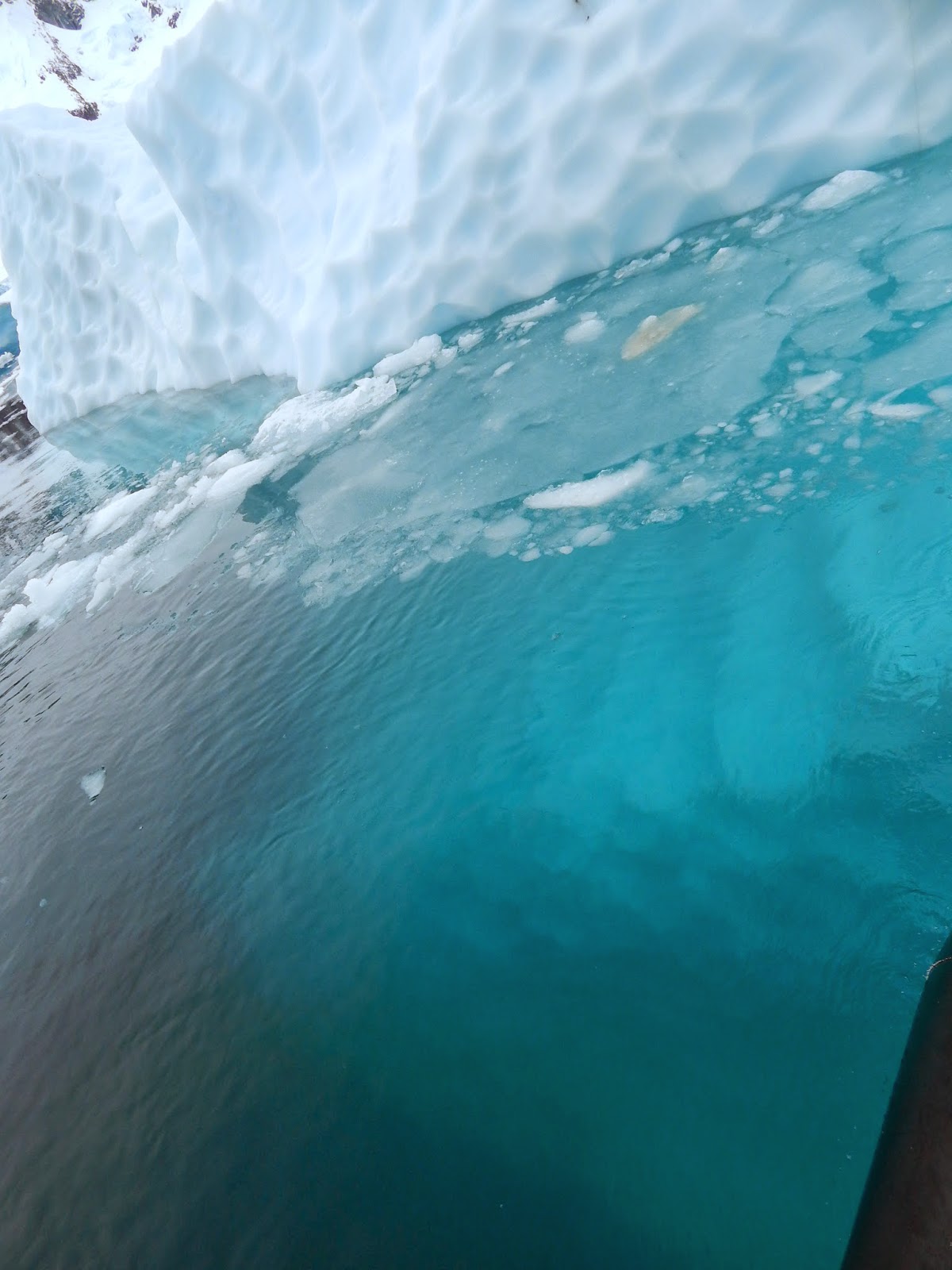 We were on the hunt for black ice, pure glacial ice, where the pressure of the glacier had forced out all of the bubbles and impurities (we would need it for our scotch later). Sea ice on the other hand was full of bubbles and had an expected salty taste to it (we each tasted the two in turn).

While navigating a maze of icebergs, our zodiac turned down a dead-end. Rather than turn around, we simply pushed one of the icebergs blocking our path out of the way. In the process, our expedition staff member, Kata, collected heaps of fresh snow from the top of the ice. We all set about making an arsenal of snow balls to attack one of the other zodiacs. 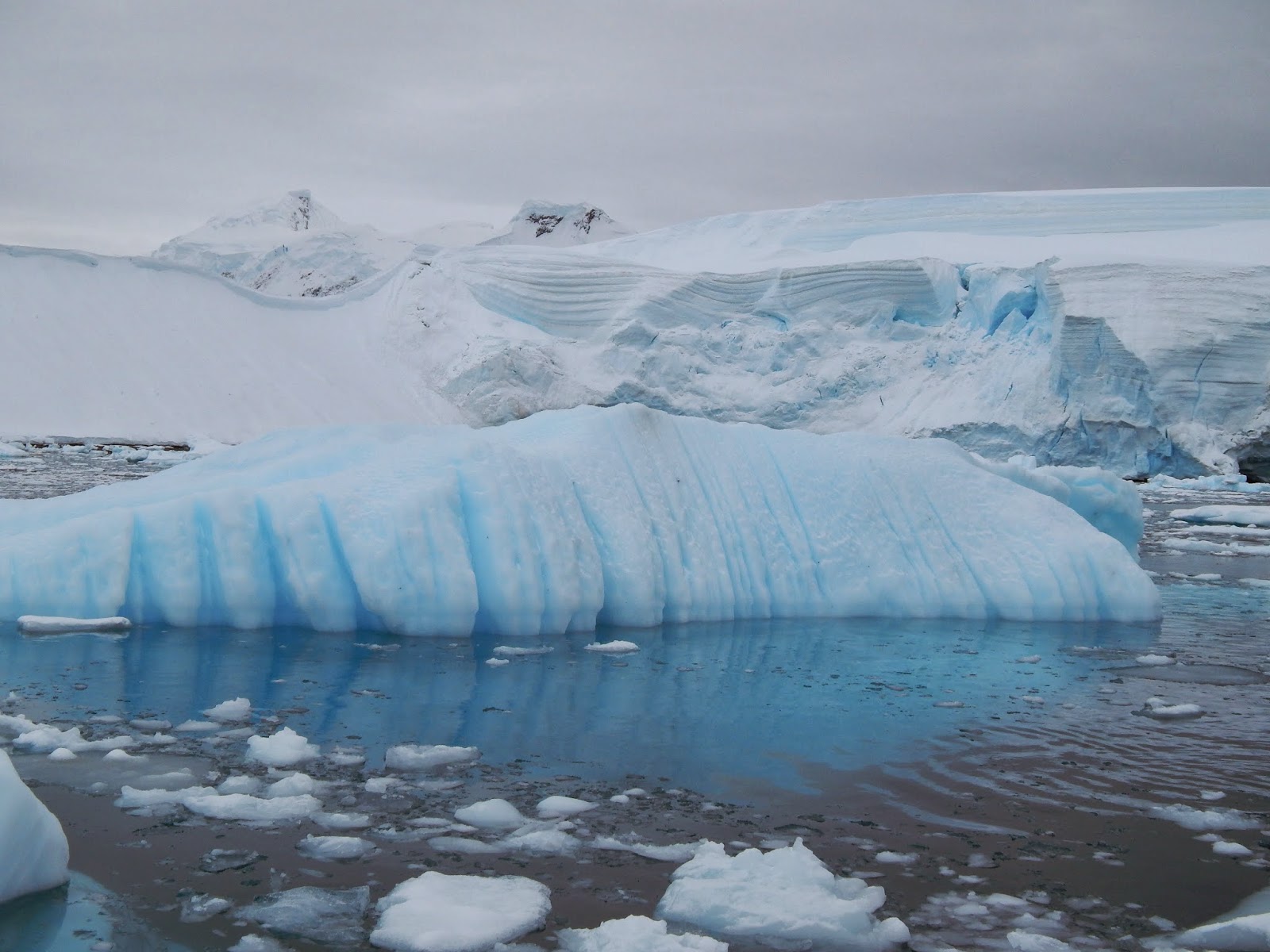 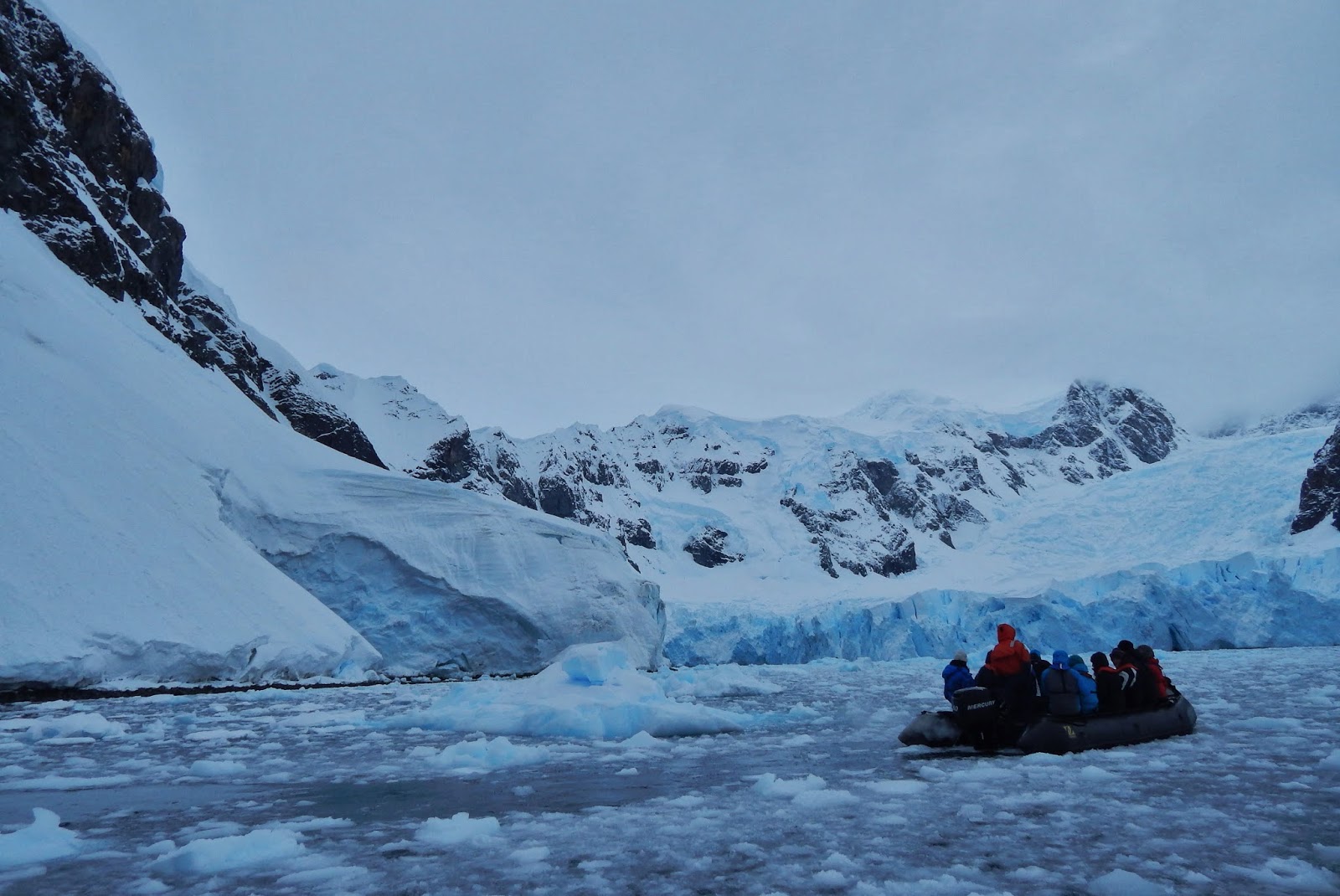 Having the boat with the most powerful engine meant we beat the other zodiac cruises back to the ship. Erin was optimistic that we'd still have hot water and was devastated when it ran cold. She felt that she was probably the only person on the whole ship who hadn't had a shower yet. Thankfully, Kristen and John let her use theirs, which still had hot water (they have a second floor porthole cabin).

We got dressed up a bit because Angie and Keith had decided to use the unique setting as a beautiful backdrop for their wedding! The weather stayed good enough that they could get married at the front of the boat. The captain read the vows in Spanish and the Expedition Leader, Sebastian, tried his best to translate the heavy legal text to English. After the service, we all lined up and created an archway for them to walk under and cheered them through their first dance. Dinner was served as usual in the dining room, then we partied past midnight, holding down the dance floor as best we could. It was truly a unique wedding that we were so honoured to be a part of! 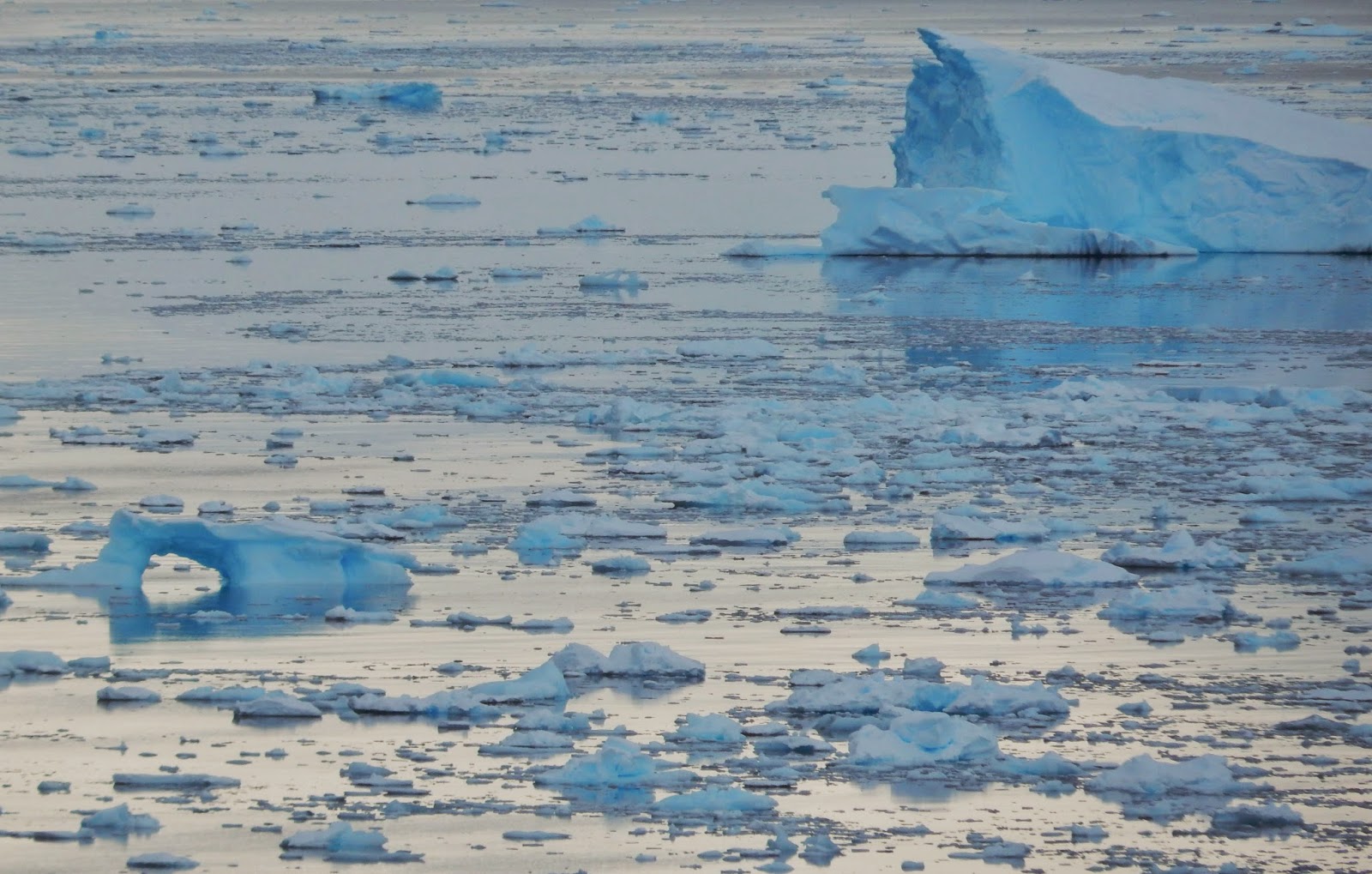