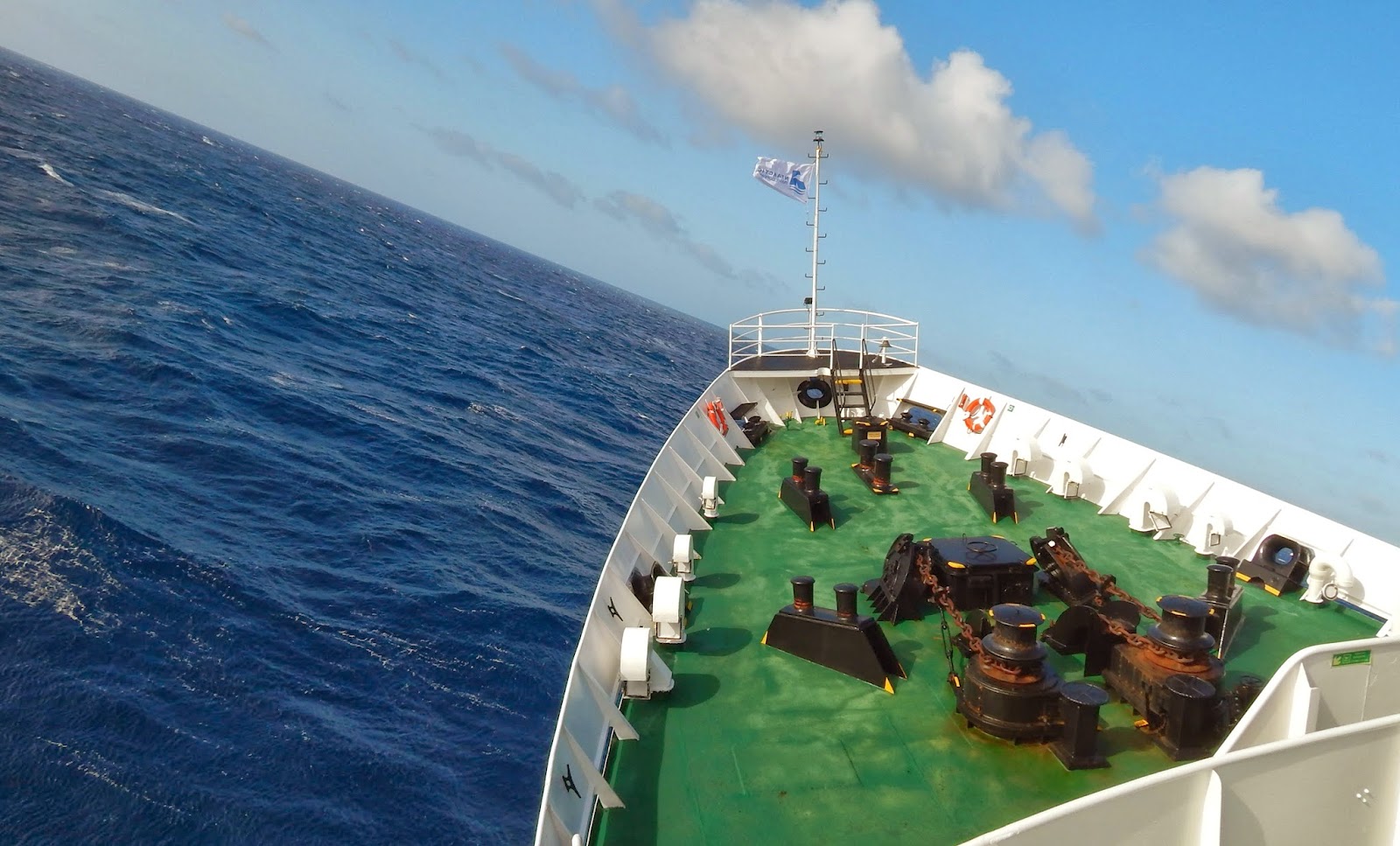 Having been gently rocked to sleep by the calm waters of the Beagle Channel, we were awoken rudely by the violent tossing of the Drake Passage. We quickly took another Dramamine to fight against the nausea as we got up for breakfast. With the ship swaying as much as 45° to either side we would first have to succeed in keeping our breakfast on our plates before we had to worry about keeping it down. 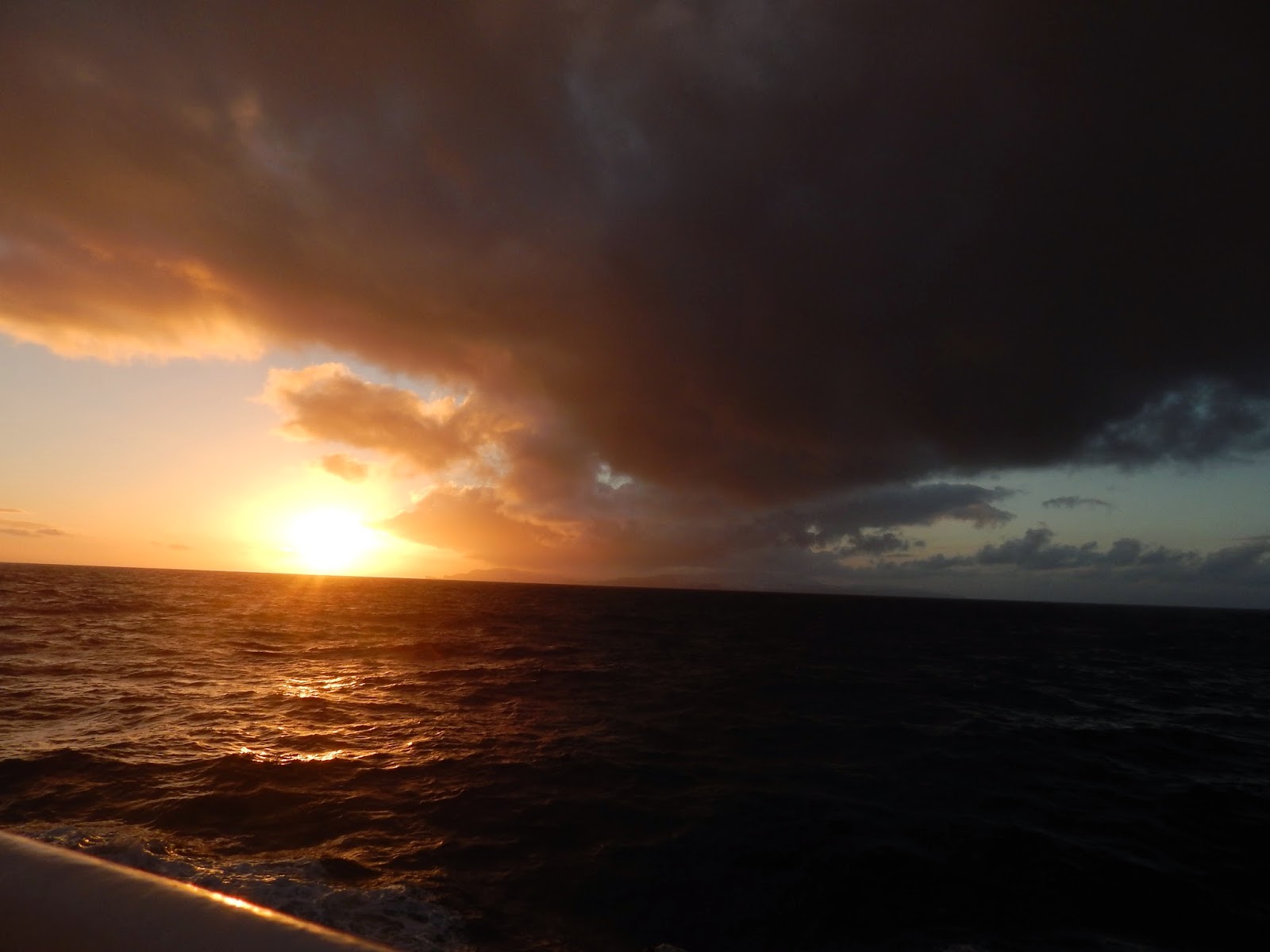 While we descended the stairs to return to our room, a wave struck the boat causing us to lose our balance. Craig was able to use his elbow to steady himself on the ceiling/opposing wall, but Erin had no such option. Her grip slid from the railing and she began to fall down the stairs. She slammed into Craig, her wrist caught between the railing and a pillar. Thankfully Craig's elbow was able to support them both preventing a head first tumble down the stairwell, and as Erin gingerly untangled her wrist we were relieved that it did not appear broken. A quick look from the ship's doctor confirmed that Erin would be fine but she had bruised the muscle.

We spent the rest of the day trying to keep our eyes on the horizon. Eating, walking and playing cards remained difficult. In the afternoon, we were allowed to go out on the back deck when the waves 'calmed' for a bit. We have video proof of just how wavy the captain considers calm water to be. This wasn't reassuring for the days ahead. 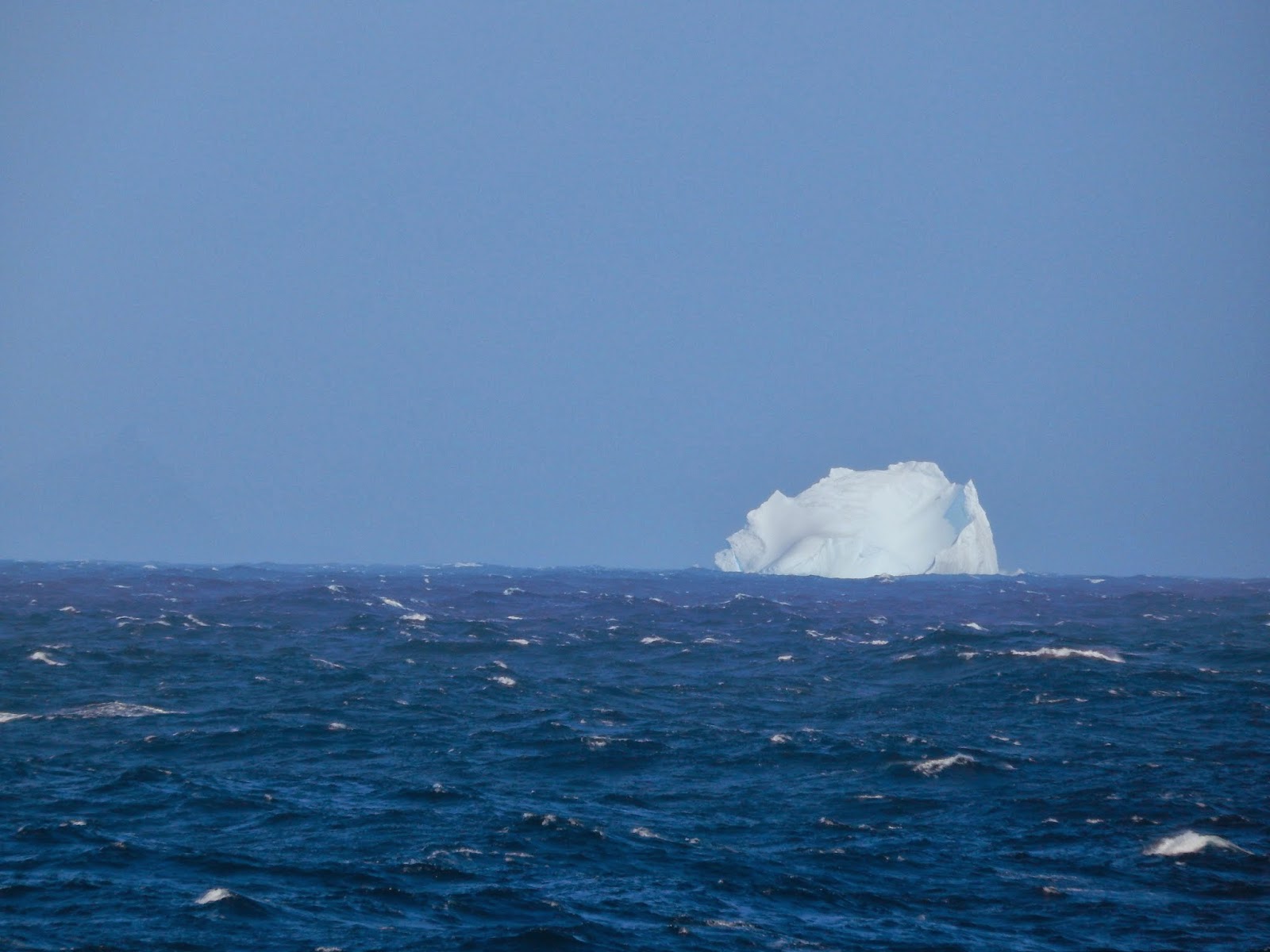 The second full day of crossing the Drake had us becoming more comfortable predicting the rolling ship and spending more time outside keeping our eyes peeled for whales and land. When the first iceberg was spotted in the mist on the horizon it caused quite a stir among those in the lounge area capable of lifting their heads. It wasn't long afterwards that the Shetland Islands came into view. Wildlife for the day included a Fin Whale in front of the boat, Albatrosses and Giant Petrels circling the ship, and surprisingly, while land was still not in sight, a penguin that swam right under us.

Once sheltered by the islands, the sea calmed and we enjoyed a dinner followed by a brief birthday celebration for Craig. It was only a short reprieve though, as we soon entered another strait with rougher waters, crossing overnight on our way to the continent.