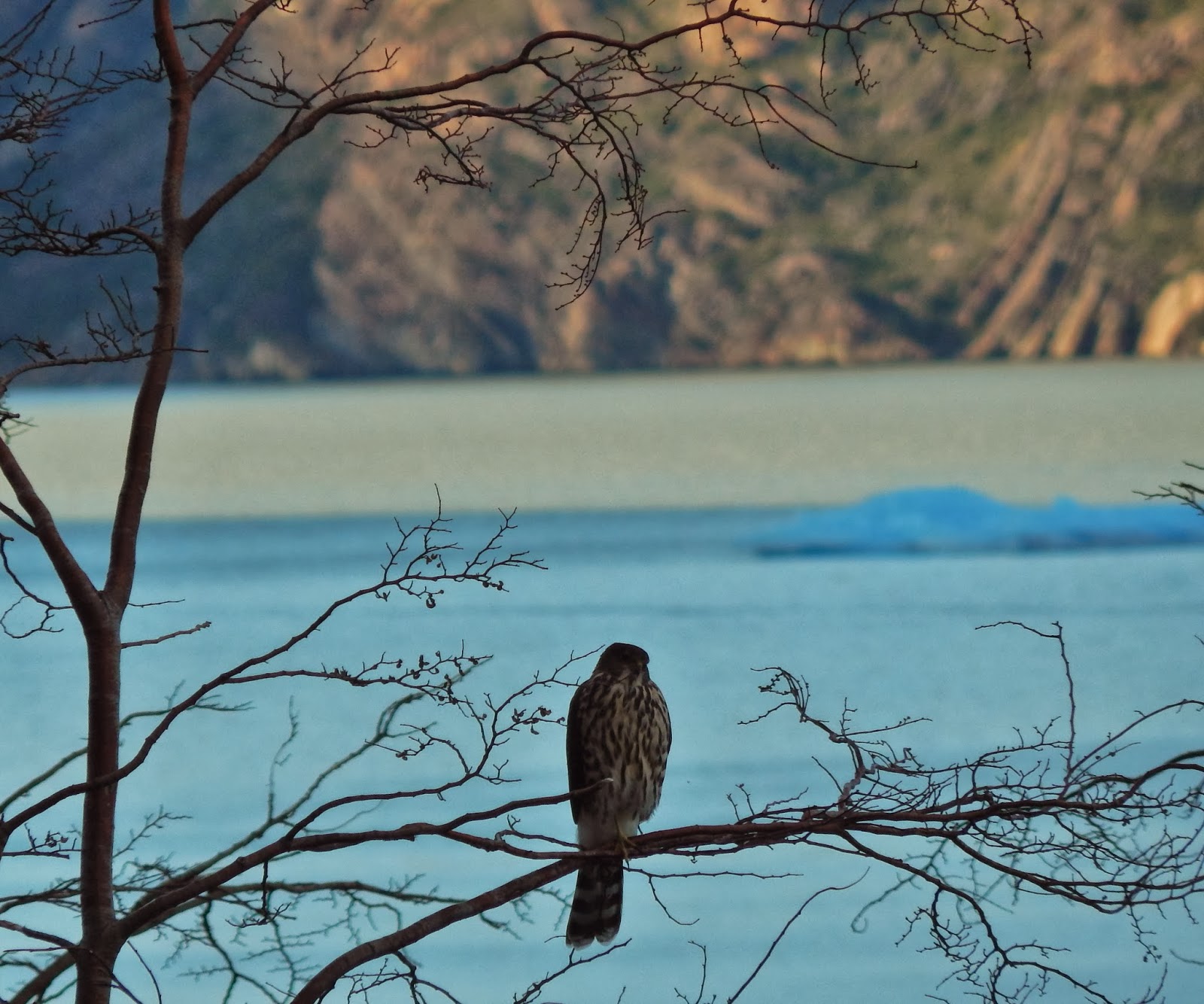 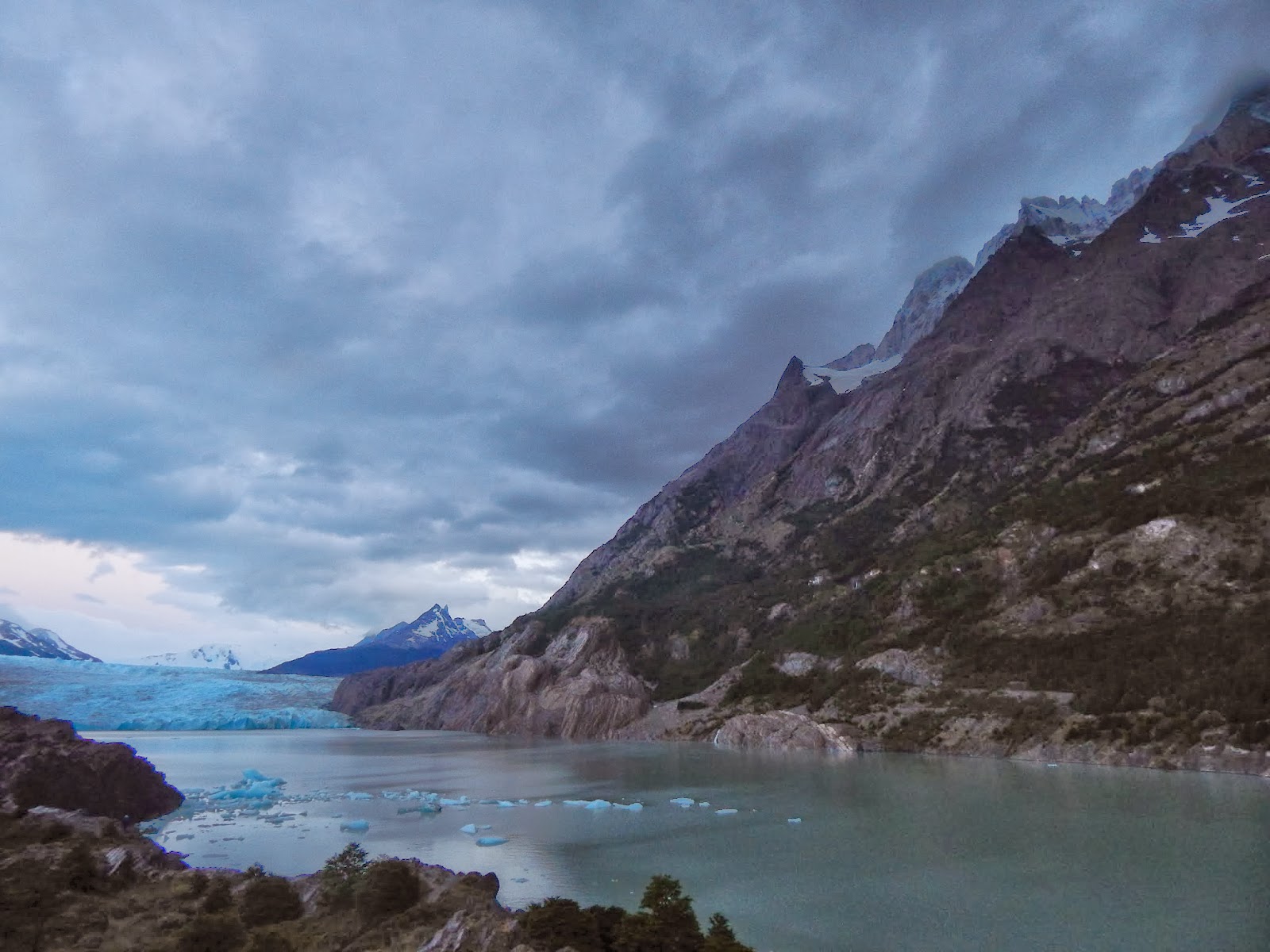 At first light, we were up and off to get a closer view of the glacier. The Mirador allowed us to get a better sense of its scale, which was quite impressive. The sky was clearer and we could see the mountain in behind it. Our whole hike the second day ended up affording us amazing views of the craggy peaks on the Eastern side of the trail. In the morning, a light, etherel mist gently clung to them, adding an air of mysticism. 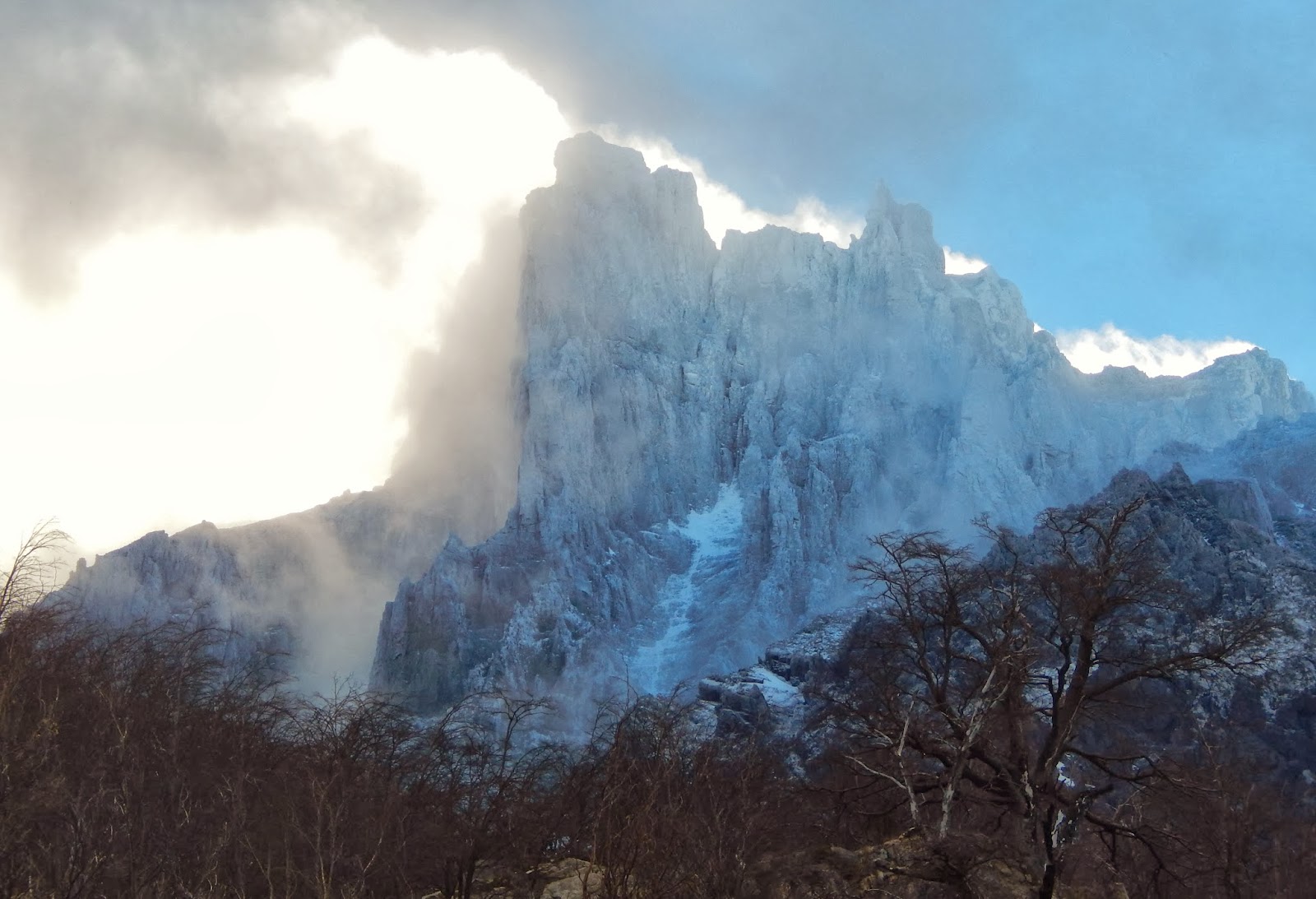 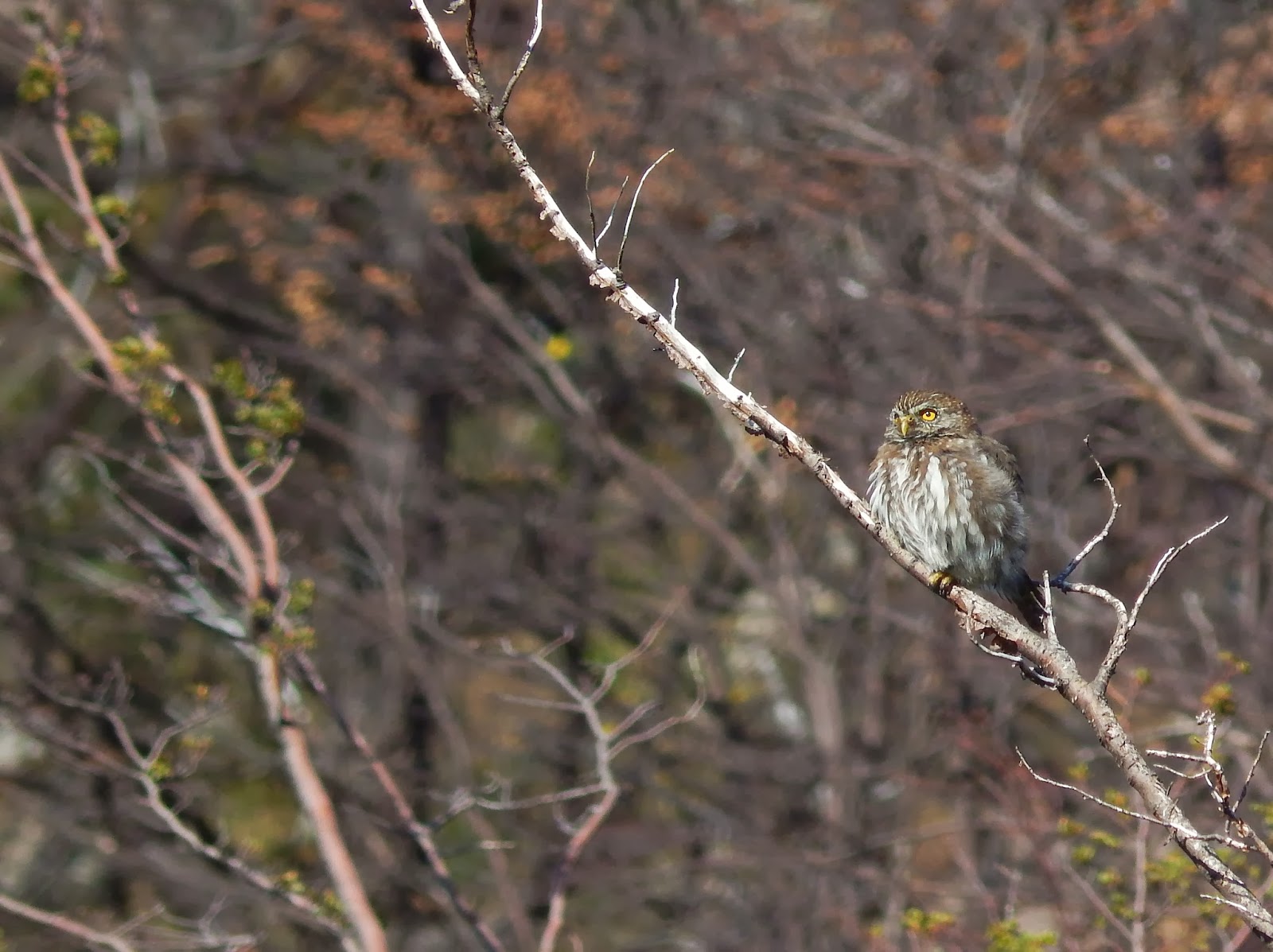 Although more tired and weary, we made much better time on the return trip to the catamaran. Our favourite part was the first hour of the hike, when hardly anyone else was on the trail. With nearly each step, a flock of little birds would take flight around us, and we spotted a large hare, an Austral parakeet, an owl, and a pair of Magellanic woodpeckers. The further the sun rose, the louder the trail got, as day hikers joined the queue coming from the opposite direction we were headed, and people called back and forth to each other. As beautiful as the scenery was, it became difficult to feel apart of the nature. 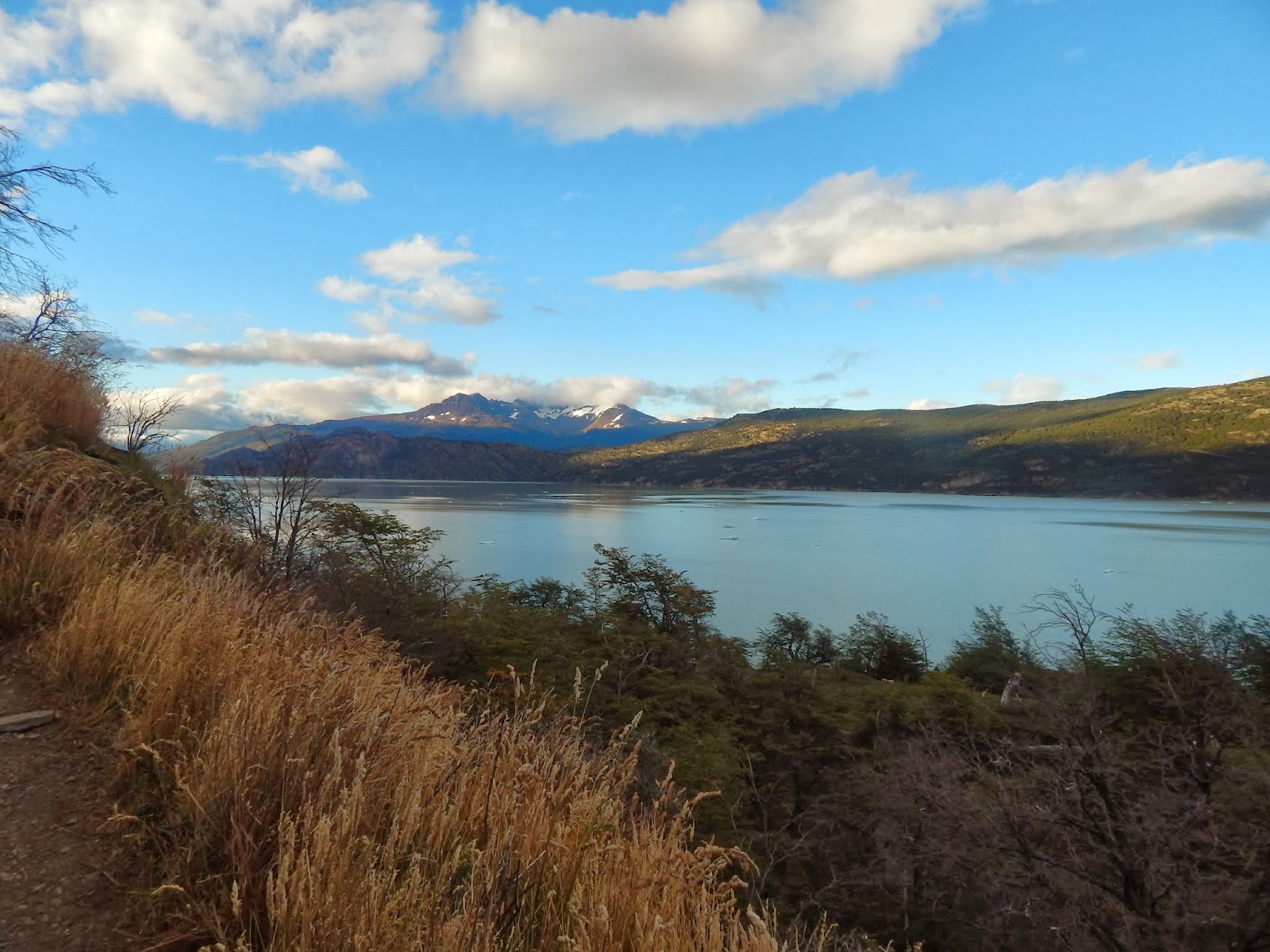 The return boat trip was smoother because the wind had died down and the sun was shining brightly, but surprisingly the views had been better on the blustery, rainy day before. Now, clouds obscured the surrounding peaks and the Valle Frances. What that truly meant was that we'd won out in not doing the full W, as that would have been our day hiking in the valley. One point for the Bookends! Having lost our bus tickets, (Craig and the wind's fault), we negociated our way onto a bus to get us to the trailhead at the other end of the W. 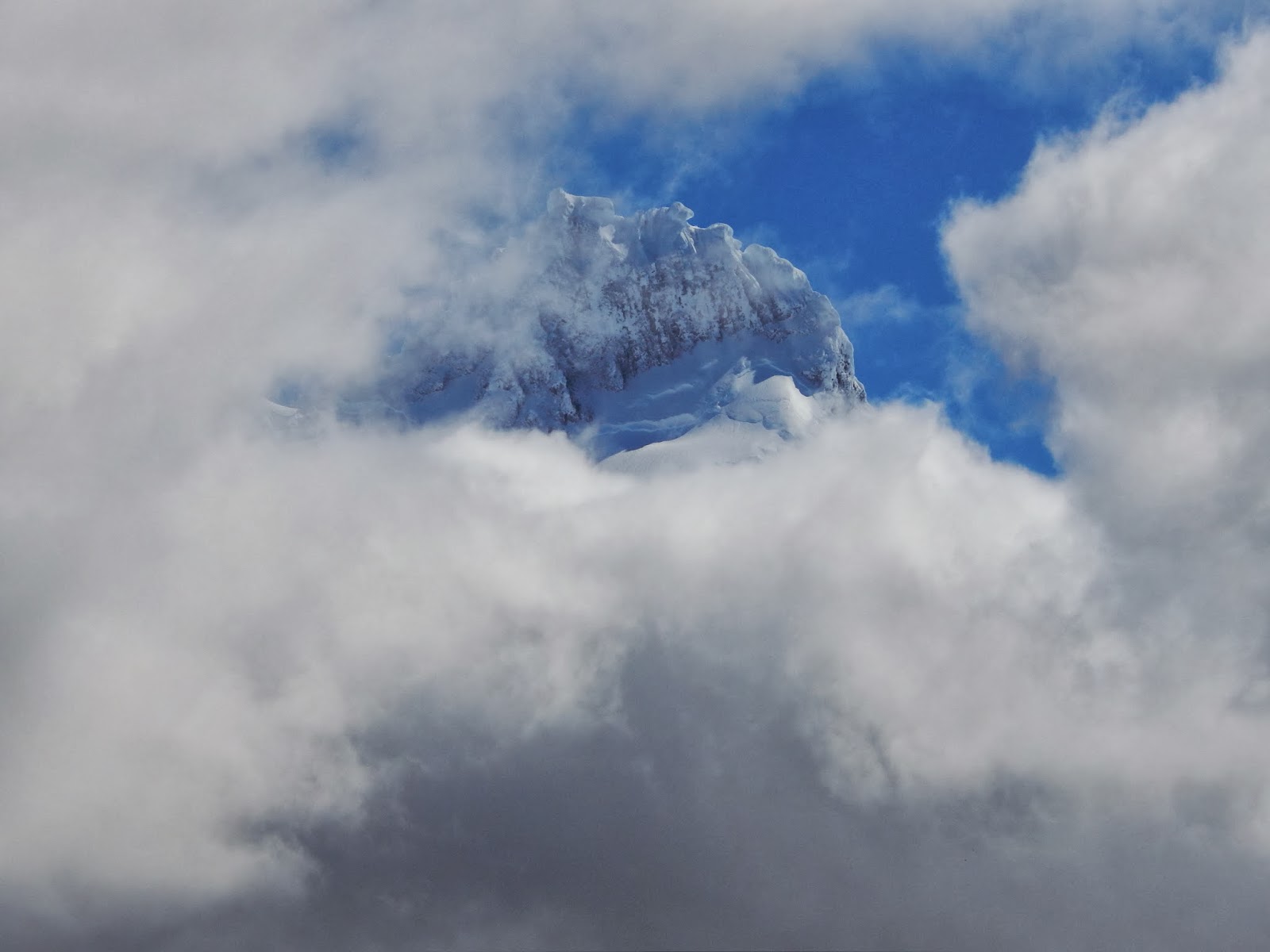 The second part of our day's trek began with a bang. Craig had mistakenly bought 'con gas' instead of 'sin gas' water, and with the vigurous walking we were doing, the build-up in pressure was too much for the sports bottle-esque lid. With a loud pop, the lid snapped open, propelling the plastic cover off it and into Erin's arm, spaying her with water. Erin had the chance to savour the funny moment for days thanks to the bruise on her tricep. 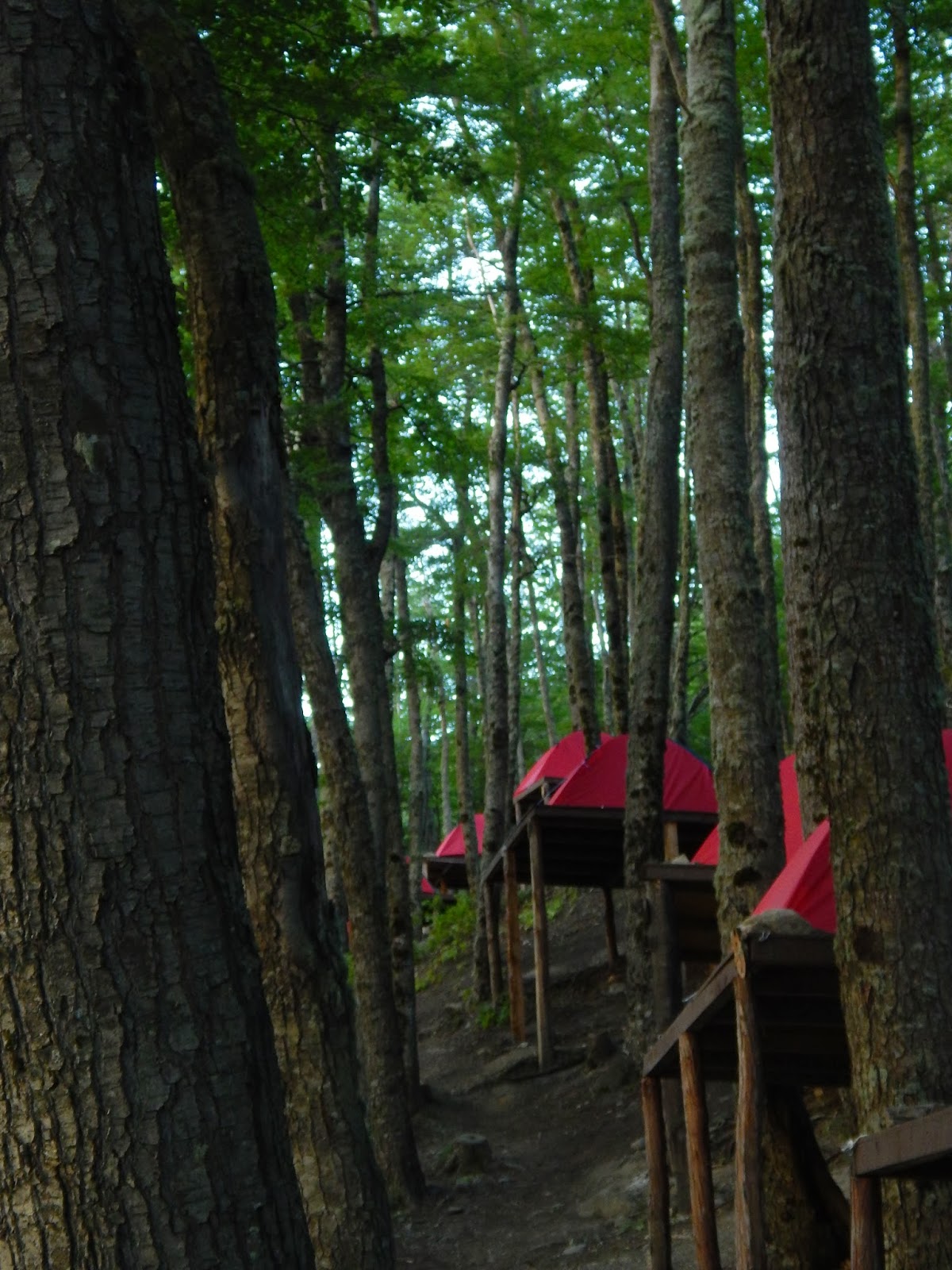 Under the hottest sun we had experienced in our limited time in Chile, we started our second hike of the day to make it to Campimento Chileno, 2+ hours away. The trail rose and rose and rose before starting its steep descent to the camp, which was on the banks of the winding river. Our first look at Chileno showed a camp overflowing with tents and a large sign reading "Campsite Full." The nearby campsite was closed for maintenance, so anyone wanting to hike up to the Torres now had to stay here. After our experience arriving at Lago Grey, we nervously approached reception. Thankfully, a reservation at Chileno actually means something, and we were shown to a spacious platform with views of the surrounding mountains. The atmosphere was a little lighter at Chileno, with many hikers finishing their trek (some 10 days long) with the Torres. Everyone chatted excitedly about waking up at 4 the next morning for sunrise. We went to bed when there was still light in the Patagonian sky, hopeful that by putting our packs in the tent's vestibule, we'd have a bit more sleeping space. 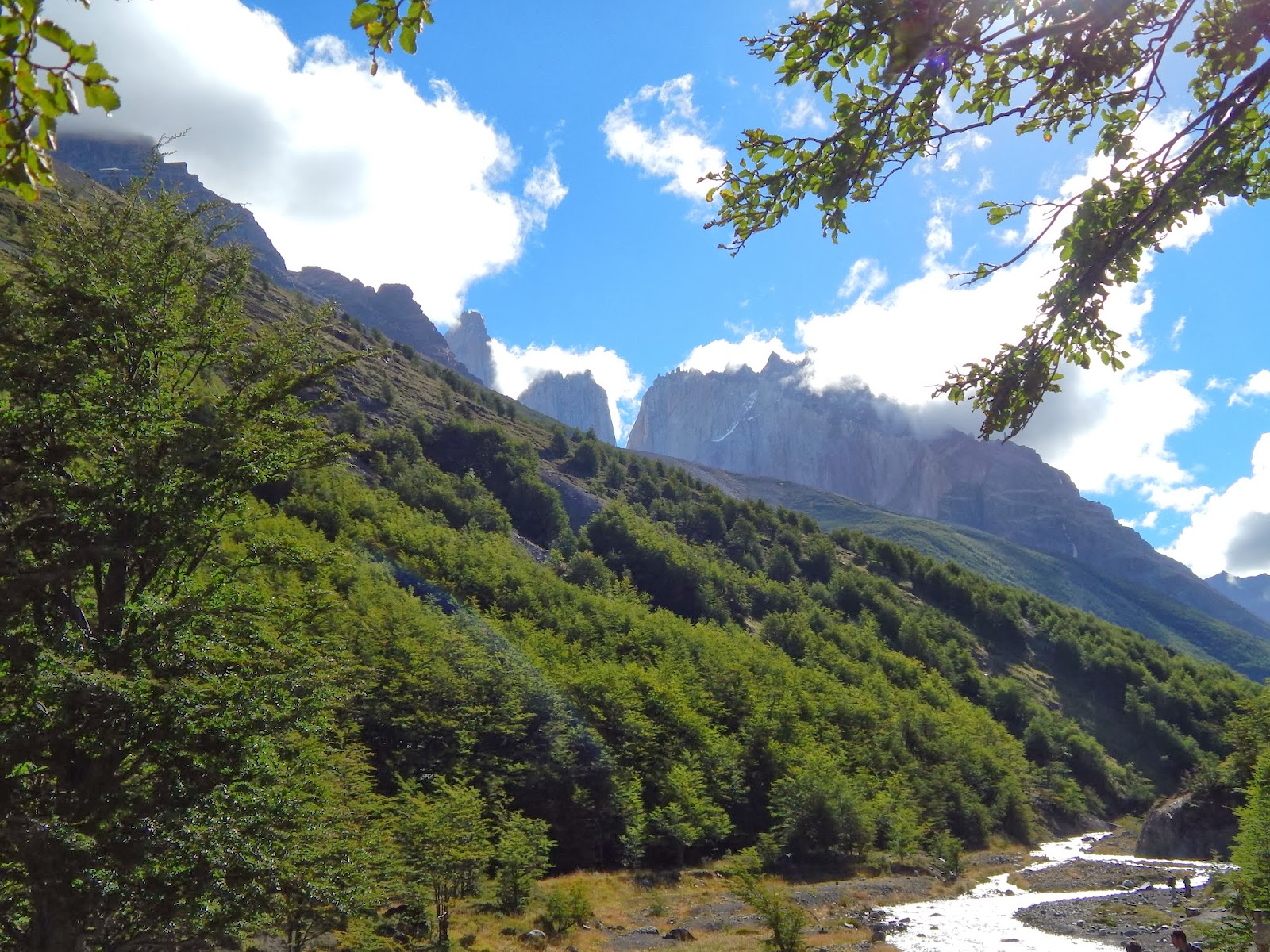