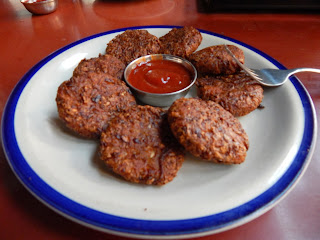 Nepal is a beautiful country with so much to offer travellers. We thoroughly enjoyed the diversity of activities, roaming from cultural cities, to sky-scraping mountains, to the heart of the Asian jungle. People were incredibly friendly, and mild-mannered, for the most part, though not incredibly considerate of how their actions might affect others (mainly in terms of the normal volume in which they speak to each other, even at the early hours of pre-dawn in a teahouse with paper-thin walls). We'd been warned repeatedly to be careful of sanitation, particularly when it came to food. We had zero issues, instead enjoying a plethora of restaurants offering local and international cuisine. 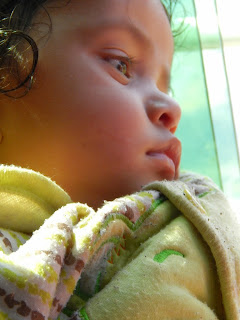 Having also been cautioned against going to a "politically unstable" country, during election time, nonetheless, we were pleased that the election went off with relatively no incidents (to be clear, yes, the strike did affect people, including us, but in all fairness, we knew it was going to happen on that date, so people were prepared). Instead, we tried to embrace the feeling that we were witnessing an important moment in the country's history first-hand. As the second democratic election Nepal has ever had, we hope that it brings further stability to the country, and leads to an improvement in basic quality of life for the future generation. We will certainly be searching for an organization that supports education for children, as we once again saw many children out begging instead of in school.
Posted by Craig & Erin at 2:53 AM