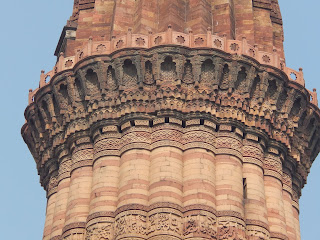 People kept warning us what a culture shock India was going to be... and they were right! We stepped off the plane into the massive and efficient Delhi airport with travelators, sparkling clean bathrooms, and customs agents ready and waiting for us. When picking up our baggage, we realized that the ramp leading up from the baggage transfer area in the depths of the airport basement would stop and start so that the bags were distributed evenly on the baggage claim belt with no luggage sitting on top of another piece.

We were welcomed by Craig's brother's good friend, Sankalp, and his wife Amandra, who took us into the near-empty streets for a calm ride to a nearby mall for a late dinner. Sitting in a cute pub restaurant with americana movie posters and fifties advertisements plastered on the walls while we ate pasta and drank iced tea, it felt like we were back at home. Stepping from the "undeveloped world" to the "developing world," as Sankalp called it, had its surprises (people actually followed traffic lights!).

It was wonderful to feel like we were in a home and part of a family again, and Sankalp, Amandra, and their family did an excellent job making us feel taken care of. Delicious homecooked food and an airport pick-up were a few of the comforts we'd been missing these past four months. We discovered, pleasingly, that a few of our Nepalese phrases transferred over into Hindi, and we gained a few more over dinner. 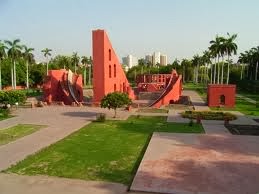 Other than that, our time in Delhi was spent visiting a few of the sights, such as the Jantar Mantar, that we unfortunately didn't have our camera with us for. Set in a manicured garden were unusually shaped buildings resembling an Escherian skatepark that were actually used to track the movement of celestial bodies. Next, it was on to an atmospheric step well right smack dab in the middle of a residential area. (Photo courtesy of the Internet). 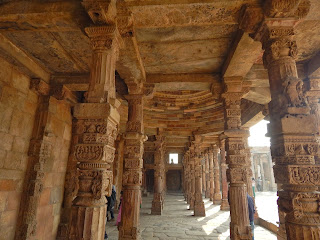 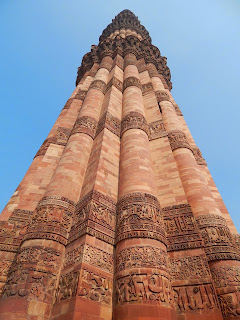 A highlight from the city was the Qutb Minar. It is a 73 m high intricatly carved tower built in 1193. We marvelled at the detail in the design, down to the differently shaped columns and balconies at each level. Set beside the minar was a mosque competing in beauty with its marble screen. Carved pillars held the buildings aloft, and accented the archways. A simple pole in the courtyard presented an interesting feat of engineering, as scientists have not been able to determine how people at the time stopped the iron pole from rusting. We were far from alone, with many school tours giving the children the run of the place. 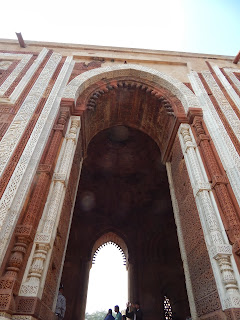 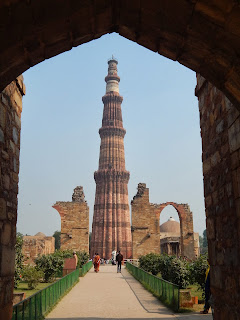 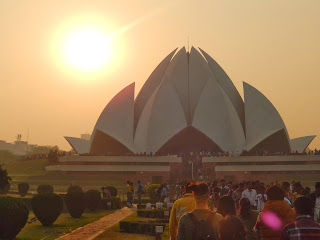 Our last big attraction was the Lotus Temple, an exquisitely symmetrical Baha'i temple welcome to people of all religions and faith. We queued up to enter the temple, which is meant to be a place of silent reflection and meditation (it mainly was, except for a few kids, and the jerk behind us who made a PHONE CALL from the inside of the temple...), but we did our best to achieve a much needed state of relaxation after the congested Delhi traffic. 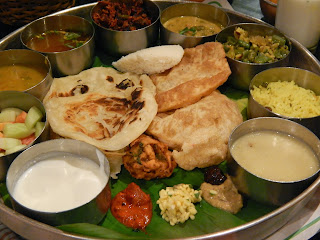 We realize that our time in India is just beginning, and was certainly cushioned by the help of our two new friends, but overall we were surprised by the lack of hasseling and agression that we'd been warned about by mutliple travellers. We guess that four months in the world's poorest countries has habituated us to the normal shock westerners feel upon arriving. We'll see how we fare once we hit India independently tomorrow!