We started our day early with the sun not yet reaching into the valley depths to warm our cold extremities. The hike started by descending to the river rather than climbing, which we knew there would be a lot of that day as we went from Dhunche at ~1960m to Singa Gompa at 3330m.

As we approached the river, we passed through smaller villages and got to see the quieter side of Nepali life. As we have visited many extremely poor countries we noticed many similarities in rural life across our travels.

The valley floor was lush and verdant with large trees and ferns. Once we crossed a bridge over the river, the trail began its ascent, which it would stubbornly insist on for the next two days. 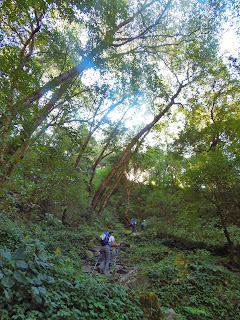 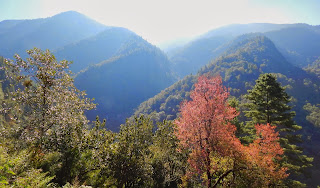 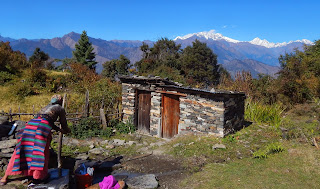 We paused for lunch at a small teahouse located where the trail crests the ridge at 2600m, Thus we were rewarded with not only new expansive views of distant snowy peaks but with our first rest of a notable length.

After lunch, the trail, figuring that we should now be full of energy, presented a path just as steep as before, full of switch backs and large stone steps. To make it easier on our joints we often found ourselves doing switchbacks along the trail itself.

We were disappointed to see that the trail was littered with garbage. Energy bar packages, and cigarette butts were scattered across our path. We guiltily left things behind, as stopping to pick up each item would overflow our packs and put more pressure on our already taxed knees. 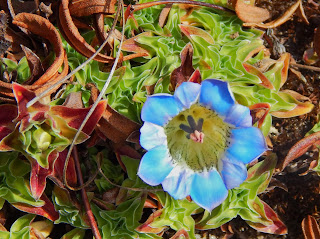 We arrived at Singa Gompa and were pleased to enjoy piping hot showers. We spent the evening crowding around the wood stove learning a few new Nepali words from our guide, Surendra and our porter Niraj. 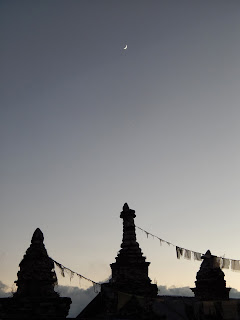 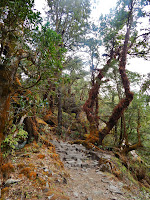 In the morning it was back to the grind but now we had better views as we hiked. We reached Lauribina Yak at 3900m by lunch as the clouds were rolling in to obscure the panoramic views. Now the hot showers were gone (Erin still opted for a hot bucket shower), and they refused to get a fire going to warm up the freezing lodge until more people arrived. To pass the time, we played cribbage, as best we could with gloves on, and coveted seats right in front of the wood burning stove for when they did feel it was busy enough. We had planned to have a rest day here to enjoy the views and acclimatize better but it was so cold and we were feeling great so we decided to continue up the next day. 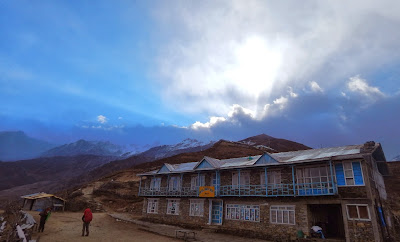