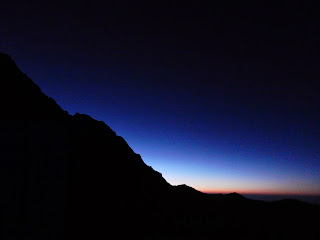 After another freezing night we hiked along the most demoralizing trail as it dropped sharply, then climbed back up, continuing thusly in a viscous cycle of pain as Craig's knee worsened. 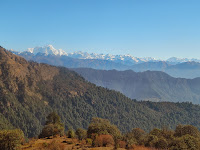 All that being said, when we arrived in Thedipati for lunch Craig was feeling up for continuing as the next day promised a lot of downhill and it seemed wise to try to break it up. As the trail left Thedipati we said goodbye to the pass we had walked through but were granted views of the Himilaya that form the border with China. We spent the night in Magin Goth and even got to charge a few devices allowing us to look at some of our pictures. 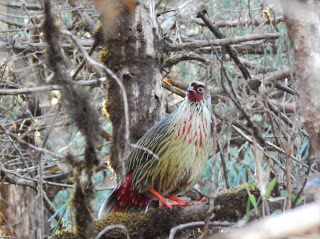 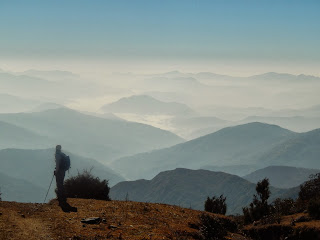 Through some difficult combinations of words and signs and pointing at maps and knees we were able to learn that it might be possible to get picked up in Golphu Banjyang. This would mean hiking only 5 hours further, rather than back to Kathmandu, which would be another 8-9 hours hike (although the car ride would also be 8 hours). Unfortunately the buses were not running as the Maoist party (along with 32 other parties) had called a national strike lasting 10 days ahead of the election. This had effectively halted all transportation, although tourist vehicles were being allowed to travel. However we were unable to find a driver willing to brave the journey to us as there were 'too many Maoists'. We were repeatedly told that hiking was safe though. 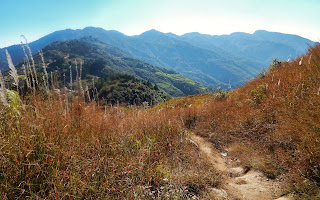 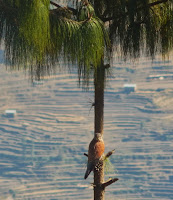 After spending the night in Golphu Bangjyang we gave up on finding transport out and decided to keep hiking. Now on our seventh day of trekking we awoke a little happier than the rest. It was much warmer, so much so that we had actually needed to remove layers of clothing throughout the night, rather than huddle down in our sleeping bags desperately trying to stay warm. Other than the rats racing around in the ceiling above us, all was good.

We hit the trail early with our sights set for Chisopani for lunch, then on to Mulkharka to sleep, an estimated 7 hour day. We were motivated by the warmer weather and the knowledge that we only had three more big climbs to make, and we were out of the high altitude zone (Erin was particularly thrilled with this fact because we discovered the medication was giving her bad stomach cramps and nausea). 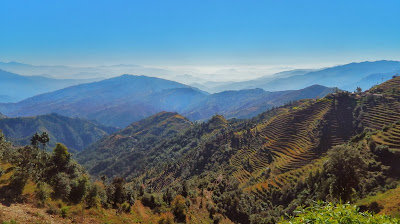 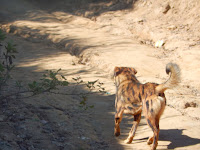 We enjoyed great views of the Himalayas and the pass we'd crossed throughout the day looking back from where we'd come. Looking forward, there were terraced hillsides, increasingly growing villages, and winding dirt roads, some of which provided an easier path for us. The number of other hikers on the trail grew significantly, and we were passed by many heading in the opposite direction, confined to do the trail backwards because transportation out to our trailhead had been canceled due to the strike. 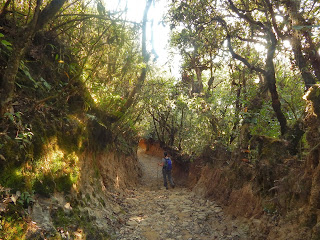 In an effort to motivate herself up the hill to Chisopani, Erin began chanting that Kathmandu was the new Camp Catta... she already had her sights set to finish the trek today. But it would depend on both of our energy levels, and mainly how Craig's knee held up.

Chisopani sat upon a high peak with unobscured views of the Himalayas, so it was a great stopping point. Lunch was slow to prepare, but we enjoyed the first meat we'd had in a week. 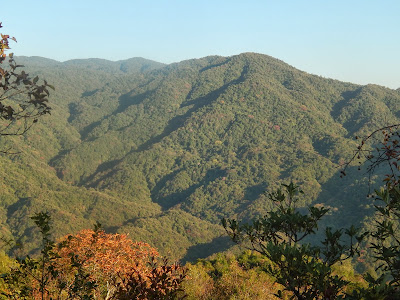 After lunch, it was a bit higher more, through another, much smaller pass. Then the part that would be the deciding factor - the 'down down down' that Surendra and Niraj kept miming. It didn't turn out to be as steep as feared, and the idea of a hot shower, good food, and finishing two days early were enough to motivate us to the finish. 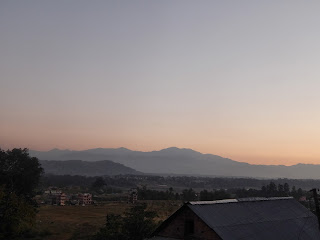 We celebrated with a high five at the bottom, proud that we'd made it through the whole trek, that we'd finished strong, and that we'd beaten the Lonely Planet's pace! We enjoyed a delicious meal at our favourite Kathmandu restaurant, Funky Buddah, where the waiter gave us a huge smile and asked where we'd been for the past week! It was a great end to the trek. 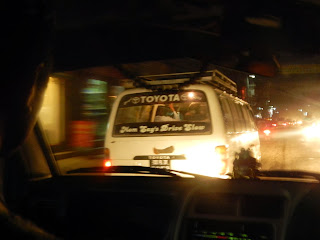