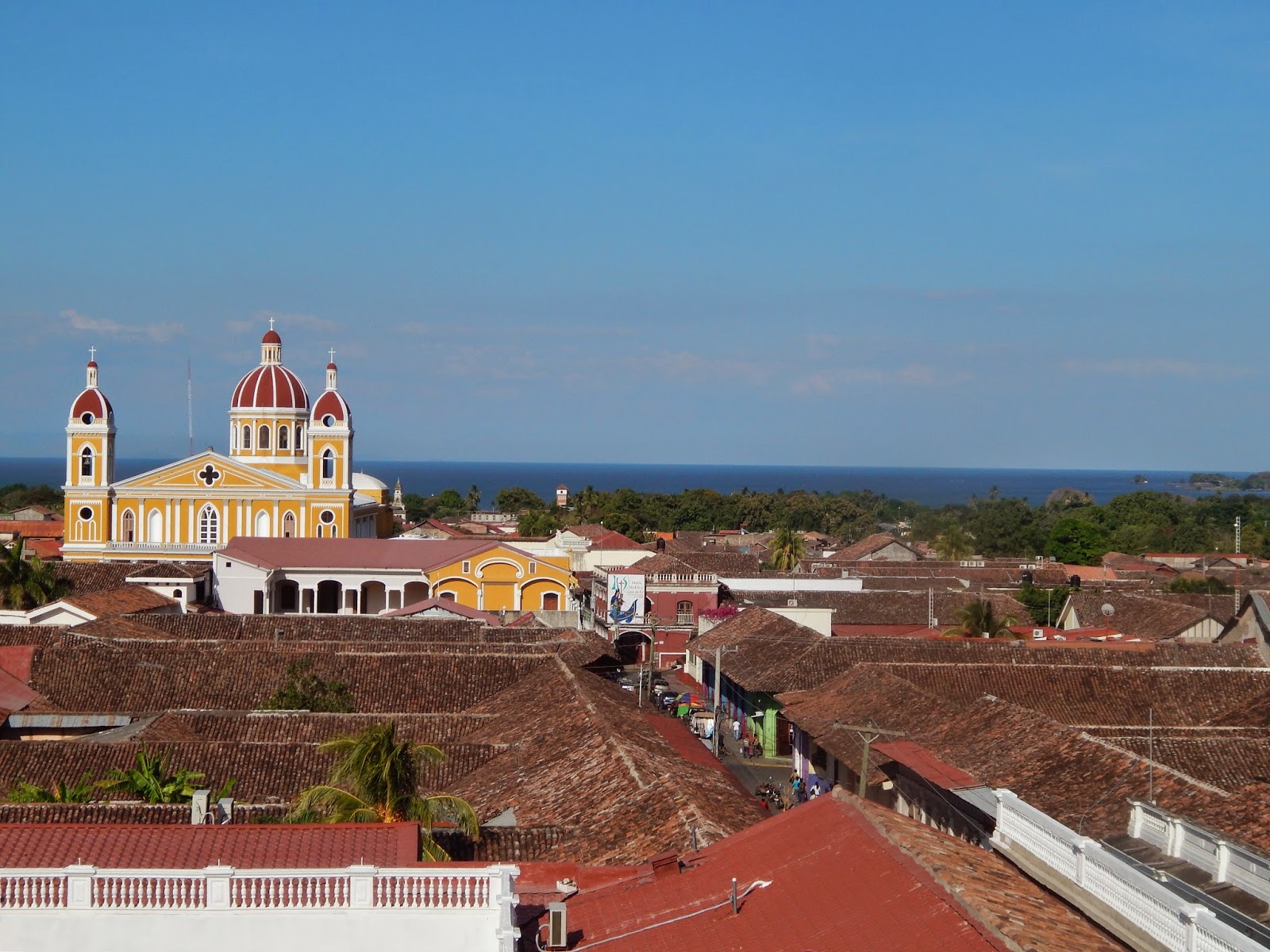 Nicaragua hit us with a wave of heat and humidity. Though still in a Spanish-speaking country, it was clear that we were on a new continent. The outlets were back to normal and the stop signs read "Alto" instead of "Pare." We had a feeling that the vocabulary we'd become comfortable with the past four months might lead us astray. But our status in the travelling hierarchy hadn't changed. Knowing how exhausted we'd be after our long-haul flight, and because it looked to be a reasonable price, we'd booked ourselves an airport transfer through our hostel. Though a luxiourous decision for us, we still knew our place among the travel circuit when our driver led us past all the shiny, logo-adorned vehicles to a rusted-out sedan. The hour-long drive took us through dry brushland and alongside run-down villages. We hadn't seen this kind of poverty since India. 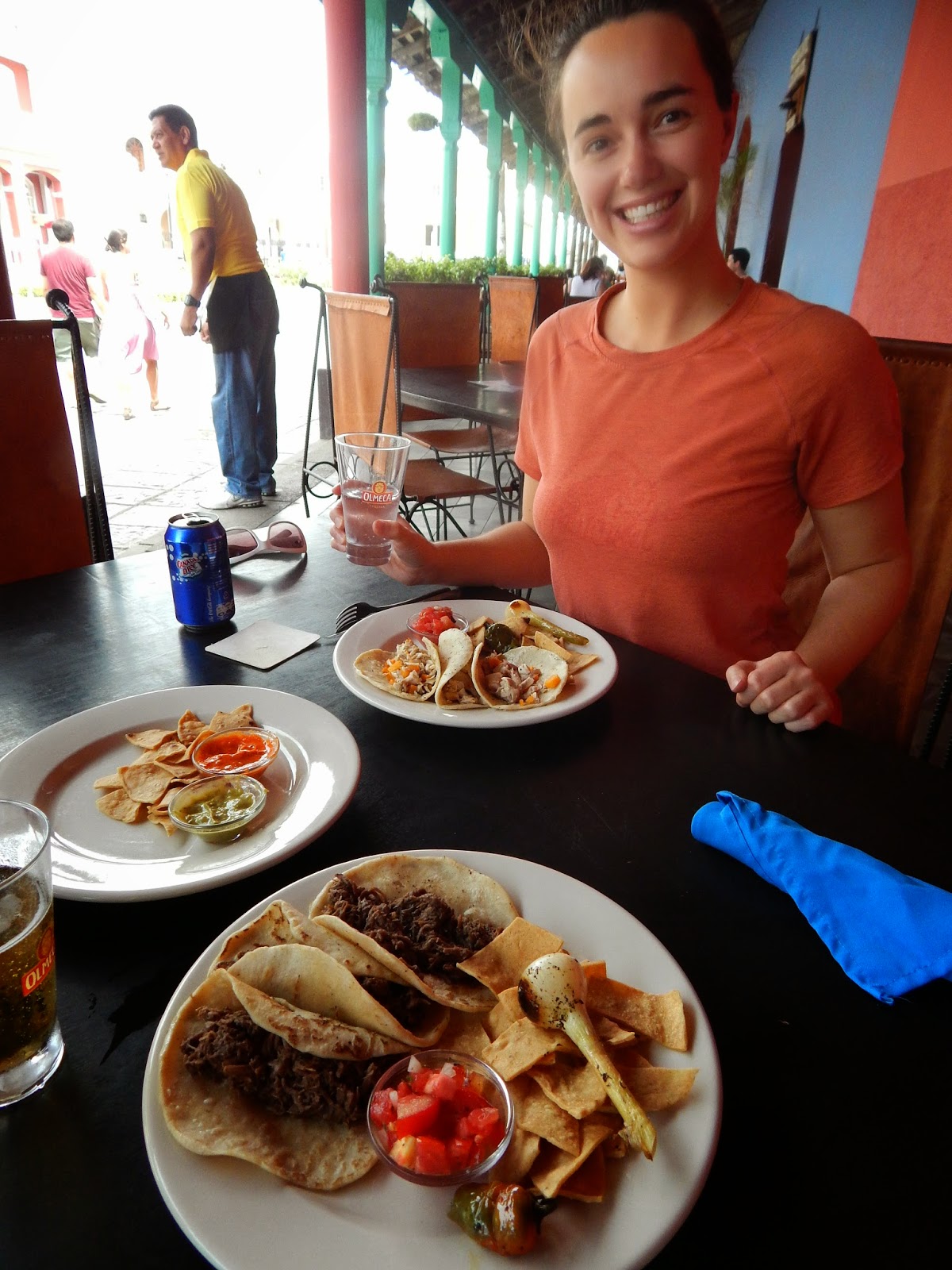 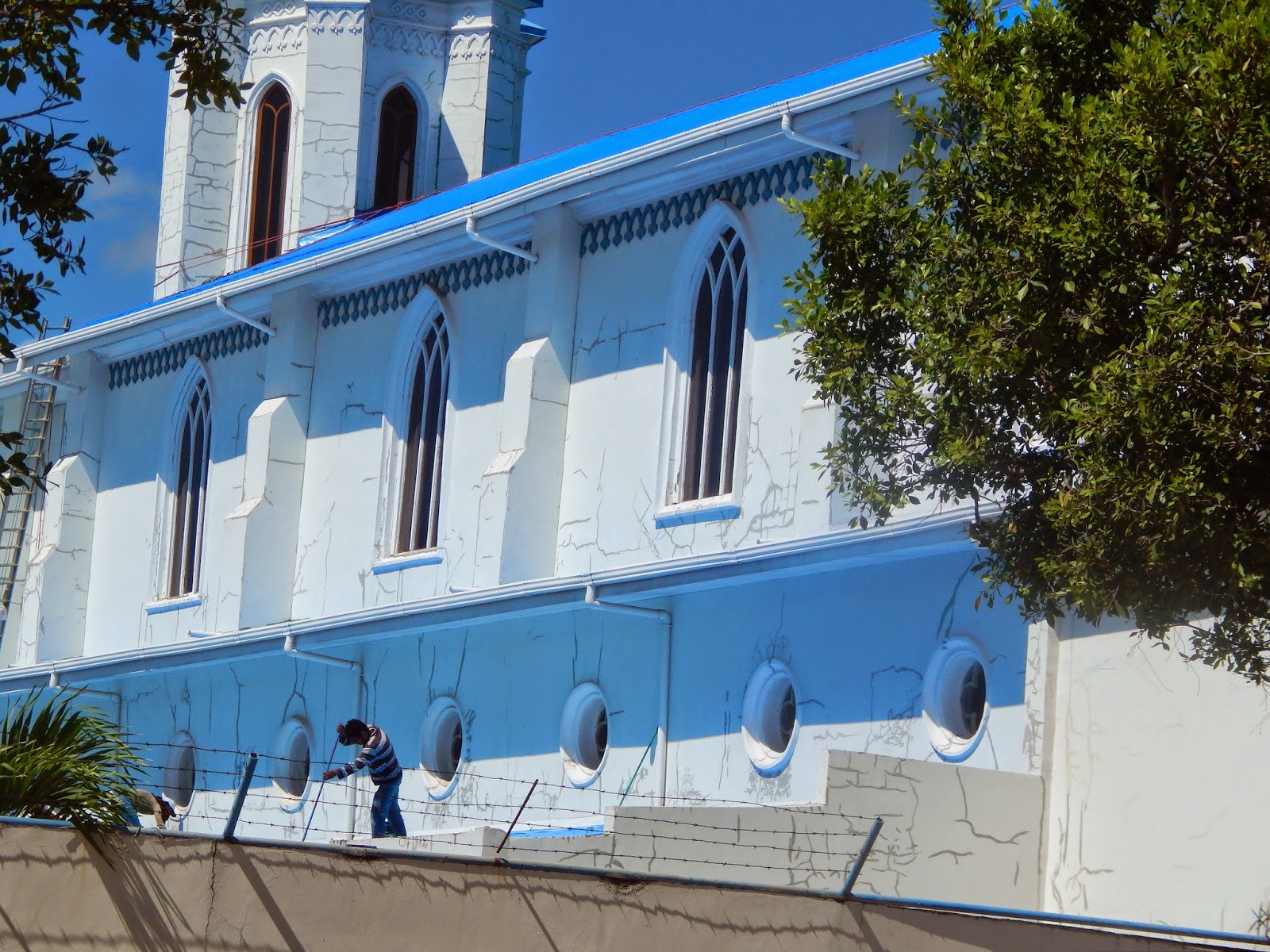 After 27 hours of travel, we dropped our stuff and went right back out to find lunch in order to celebrate Erin exploring her 30th country. Right away, it seemed that we'd enjoy Nica thanks to its ridiculously cheap rum, affection for mojitos, and the plethora of new dips and sauces to garnish our refreshing change of food. When Erin asked if the restaurant had corn or flour tortilla shells the server looked surprised and answered, "Only corn, of course!" 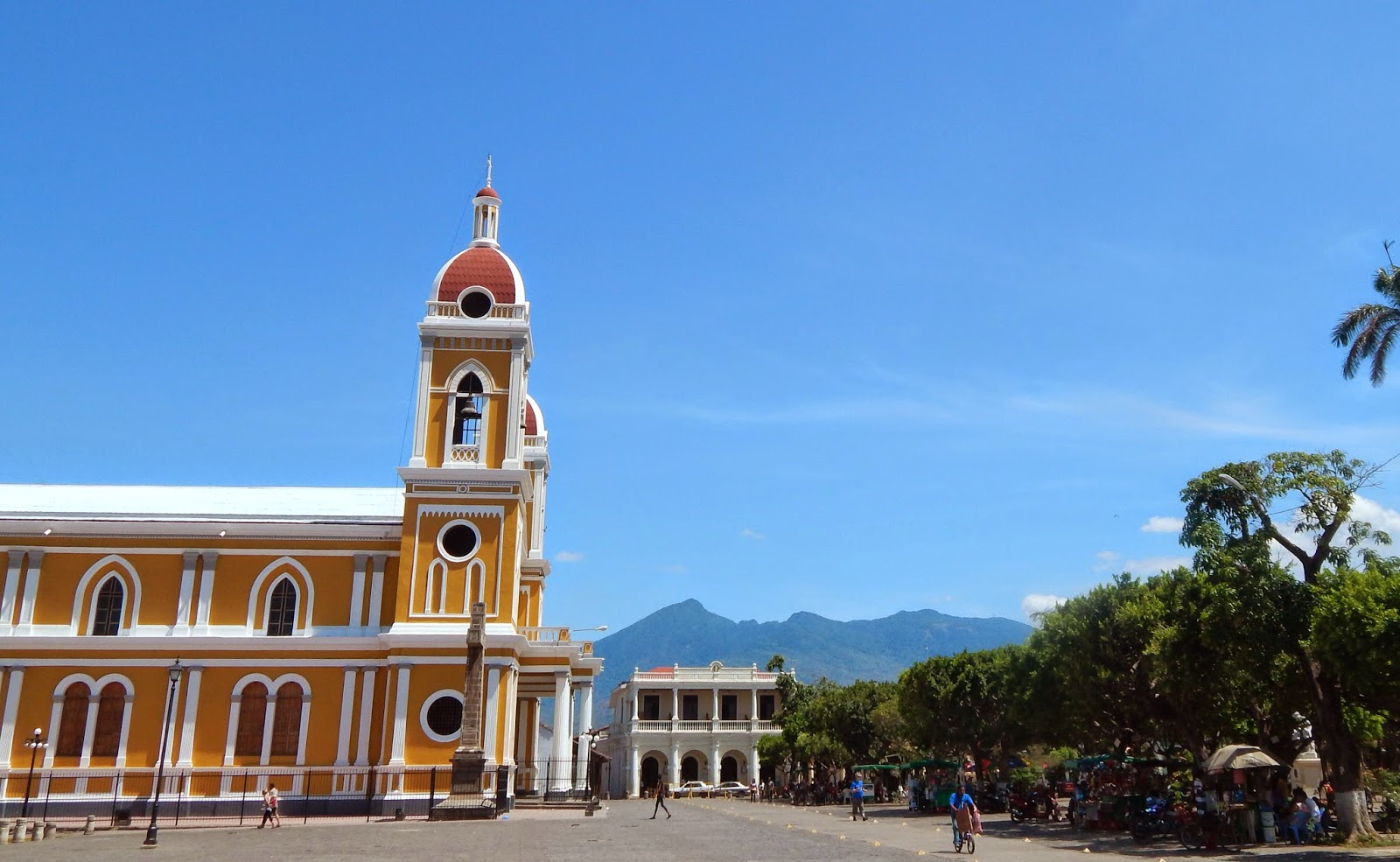 At first impression, Nicaraguans, or at least Granadians, were a gentler, more reserved folk than what we were used to. We greeted everyone on the street as normal, and got some raised eyebrows and an occasional response in return. They clearly weren't as used to Spanish-speaking tourists and were quick to change to English that rivaled our second-language skills. Our habit of starting off in Spanish and switching to English only when necessary began to wane after just a few days. 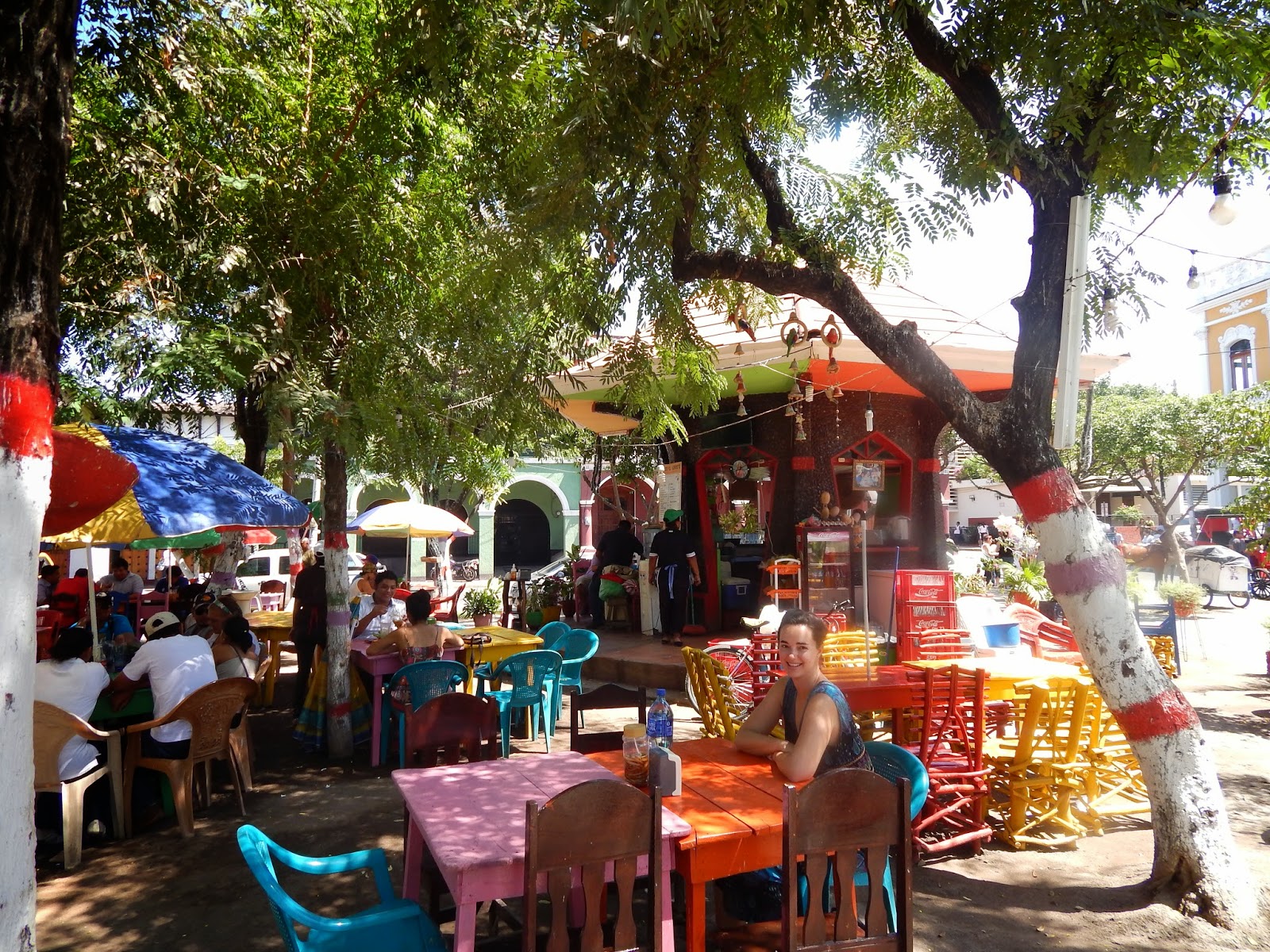 The tourist population was different more than just in their language skills. The long-term travellers were gone and replaced with vacationners or those on month-long Central American trips who generally didn't need to competitively compare experiences. Everyone was friendly in a relaxed, "I'm on holiday" sort of mood. It was a crowd we felt comfortable with: adventurous enough to choose Nicaragua, but relaxed enough to just be happy with themselves and the experiences of others. 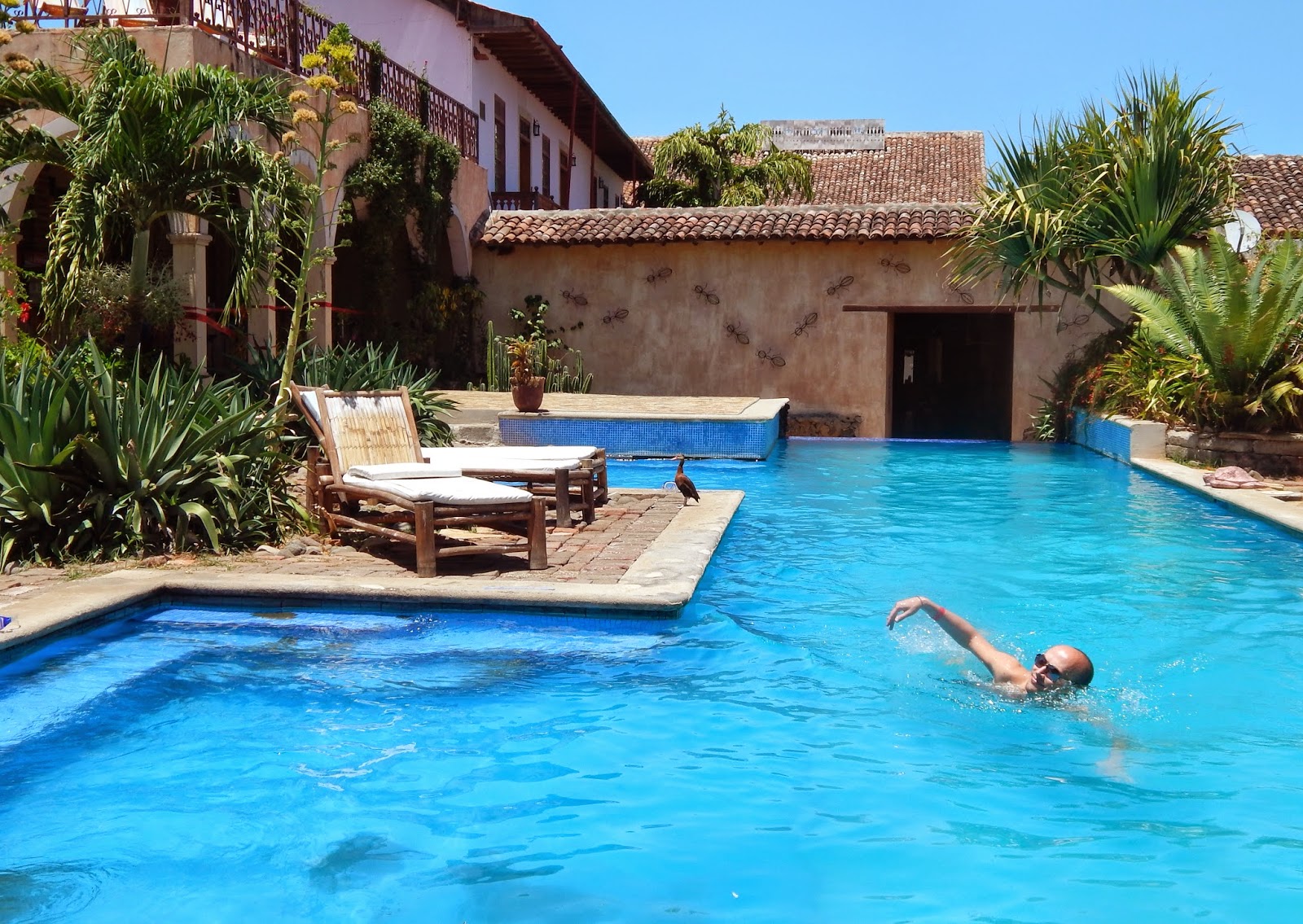 Granada itself was a pretty city with beautifully restored churches and buildings of all colours. It was nice for wandering in other than the oppressive heat and humidity. Our hostel had a lovely sitting area in a middle courtyard but the air still felt stifled with a lack of breeze. We took a day to relax and cool off at the nearby hotel pool, Craig went to a trivia night at the local pub, and we tried to get caught up on the hockey playoffs. In the early mornings and evenings, we explored the streets, went up the church tower and walked down to the beach of Lake Nicaragua. 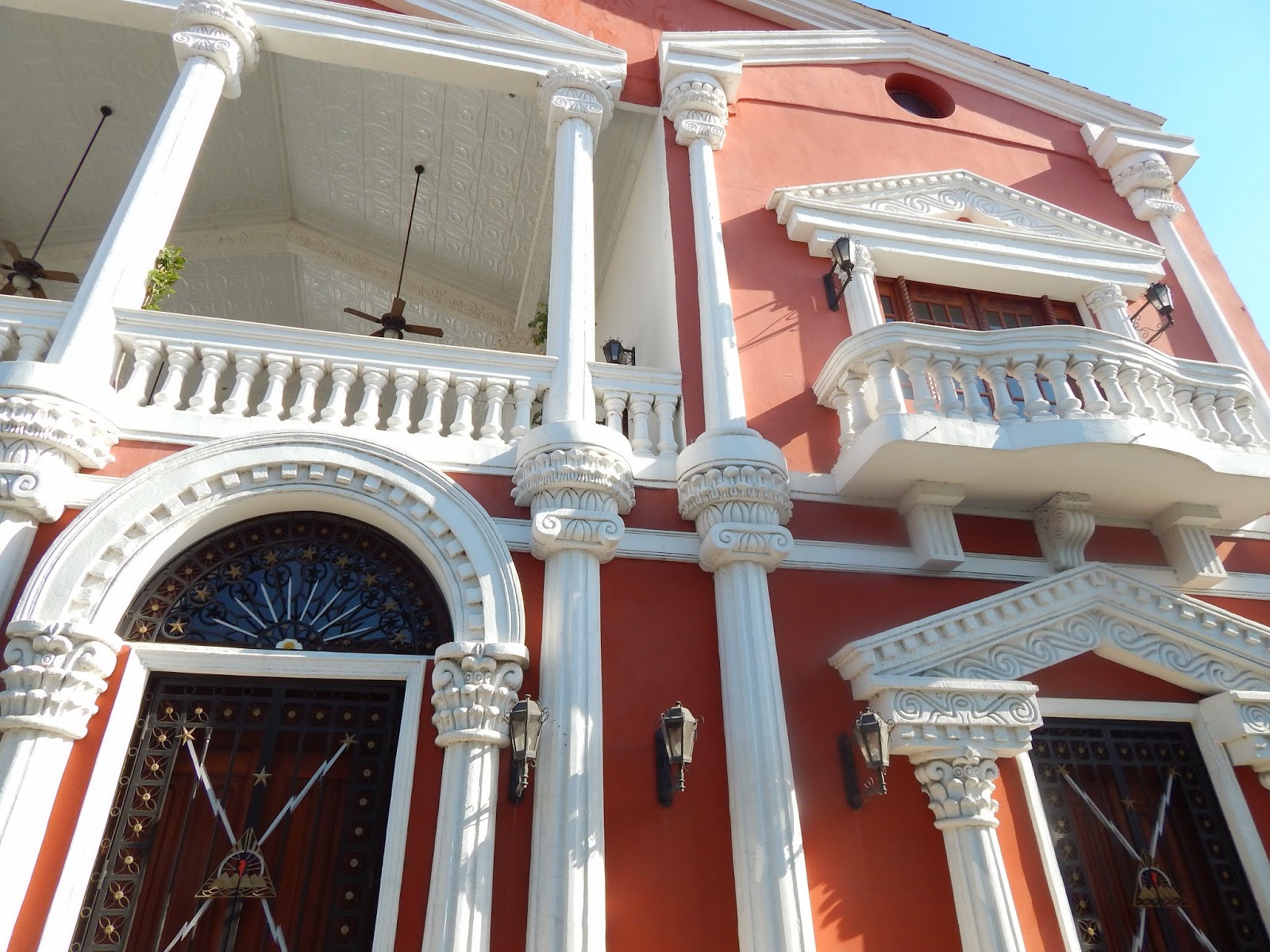 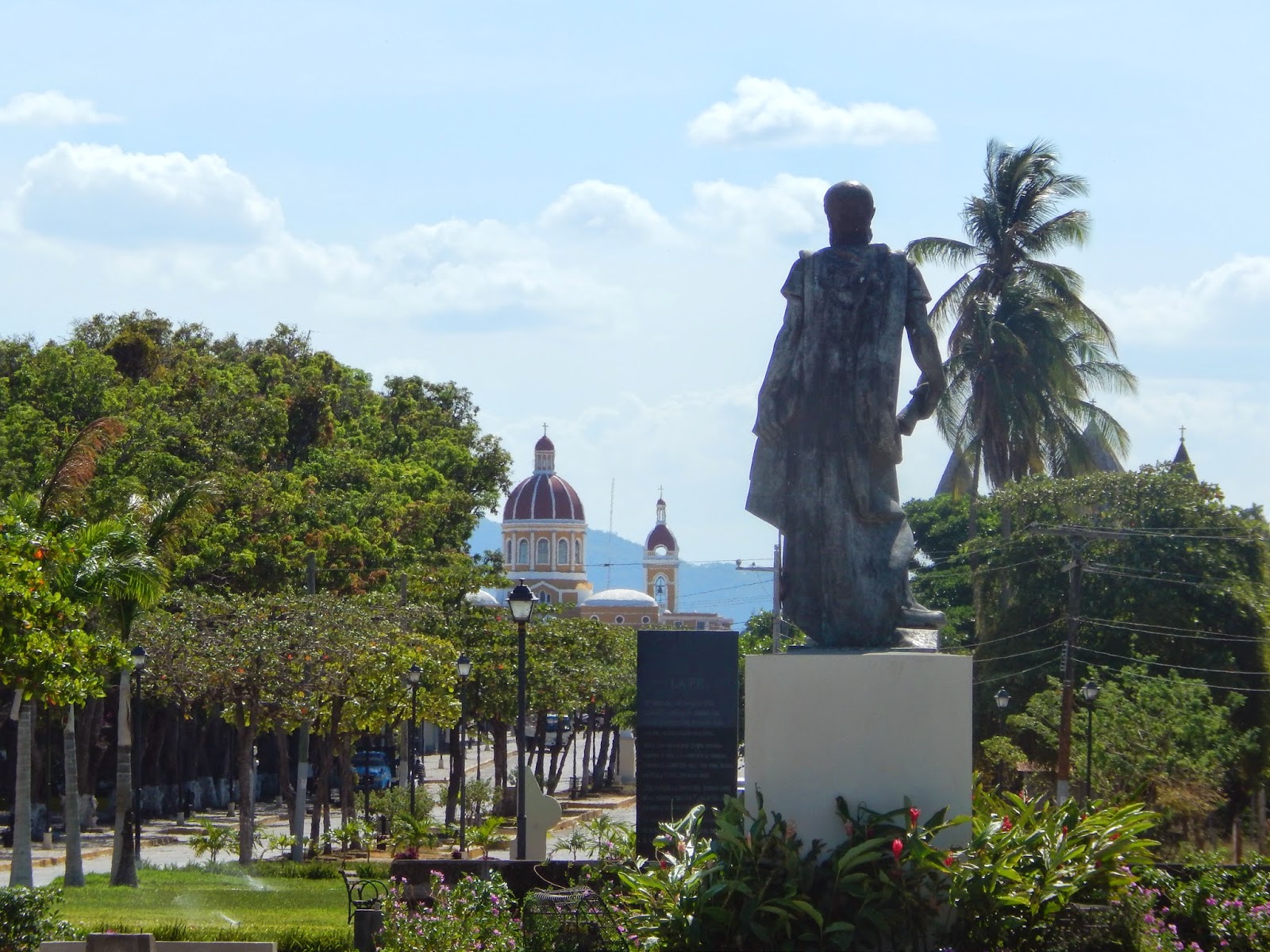 We also experienced one downside to travel in Central America. There is a bed bug epidemic right now and Craig found a couple in his sheets early our third morning. The owner responded quickly and fumigated our room and our bags for us, but it added a level of stress as we frantically hung up all of our belongings in the sun mere hours before the airport as we didn't have time to wash and dry them. If our friend Adrian from our Uganda trip is reading this, Central America is the place to go if you want to collect bed bug species! 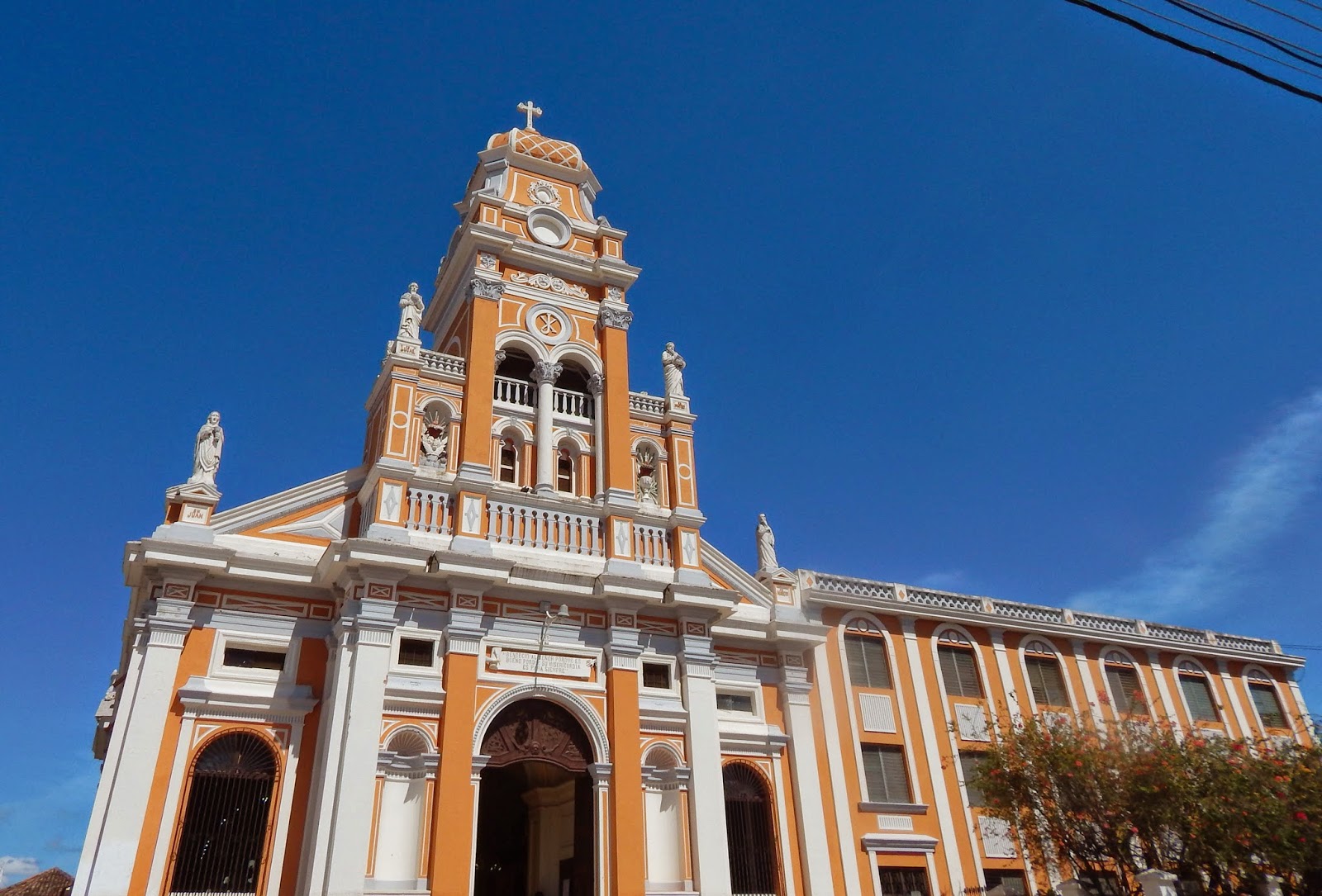 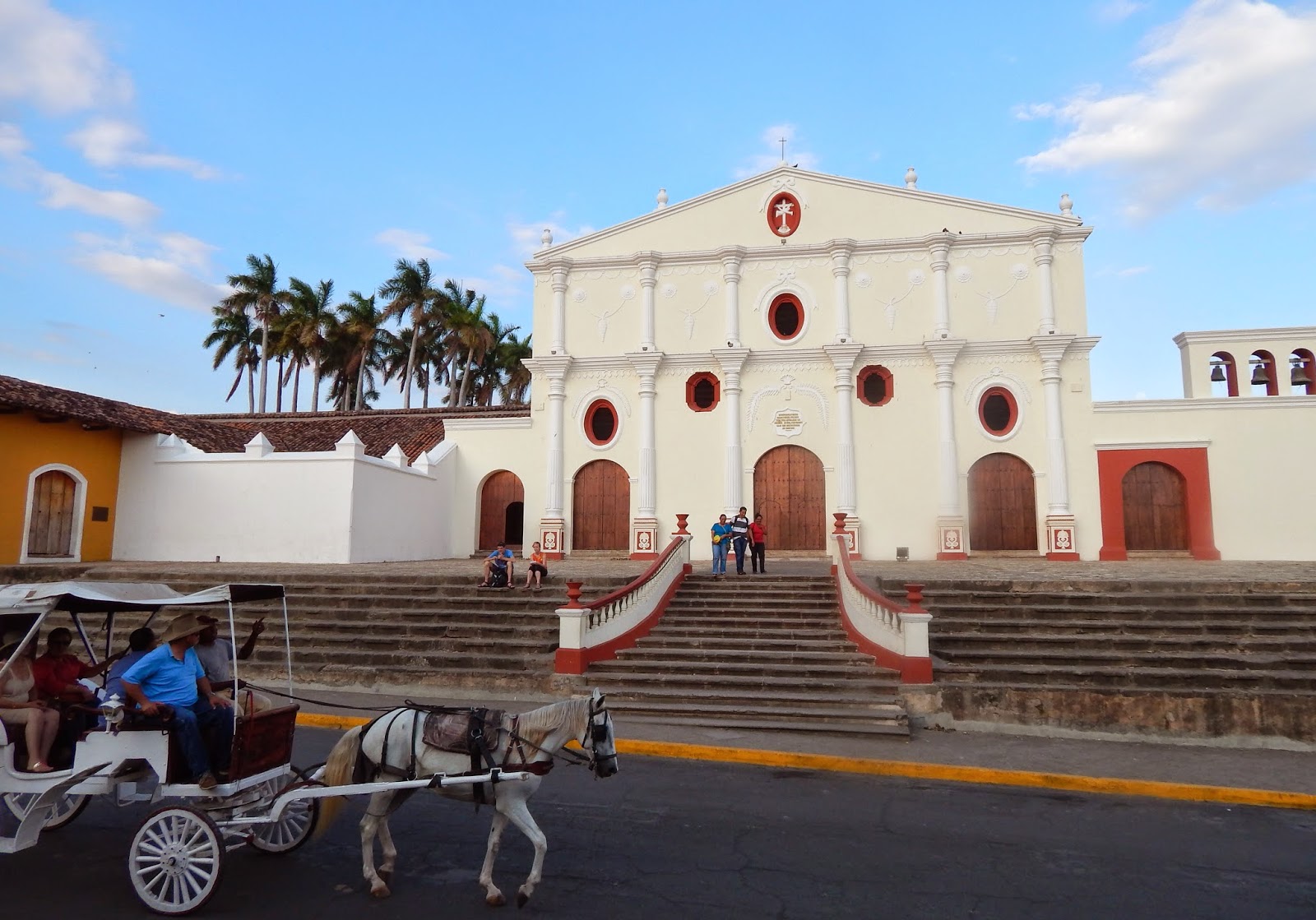 It was also on our third day that we realized we'd been living in the wrong time zone. Something to do with Daylight Savings...or a weird Central American time zone thing...we're still not sure. We've switched time zones so many times in the last two weeks that we're completely confused. At any rate, it made a lot more sense when we finally realized this. It explained why the sun seemed to be setting later than it should and why places were never open in the morning when they said they'd be. We think we're on track now for the rest of the trip! 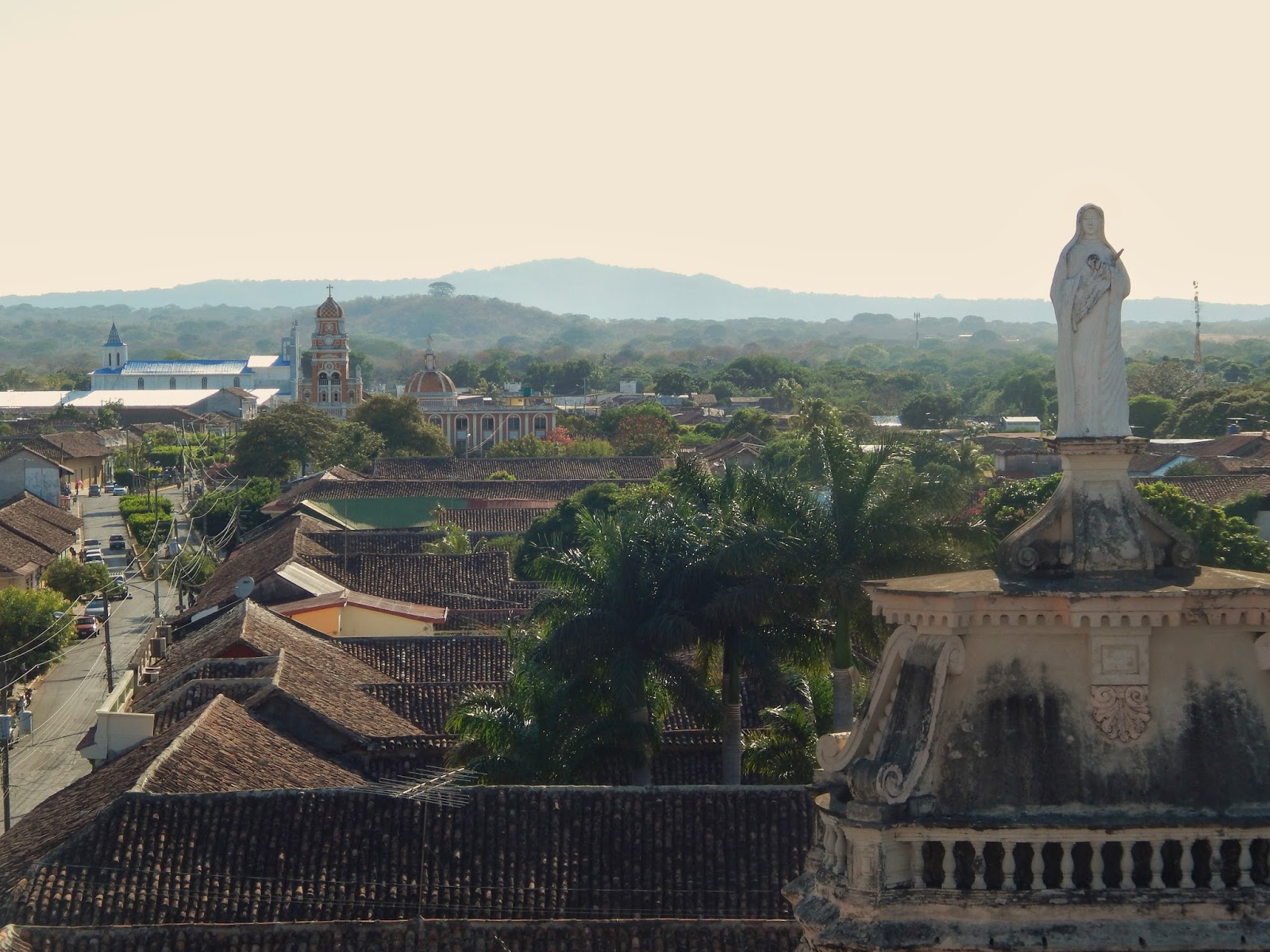