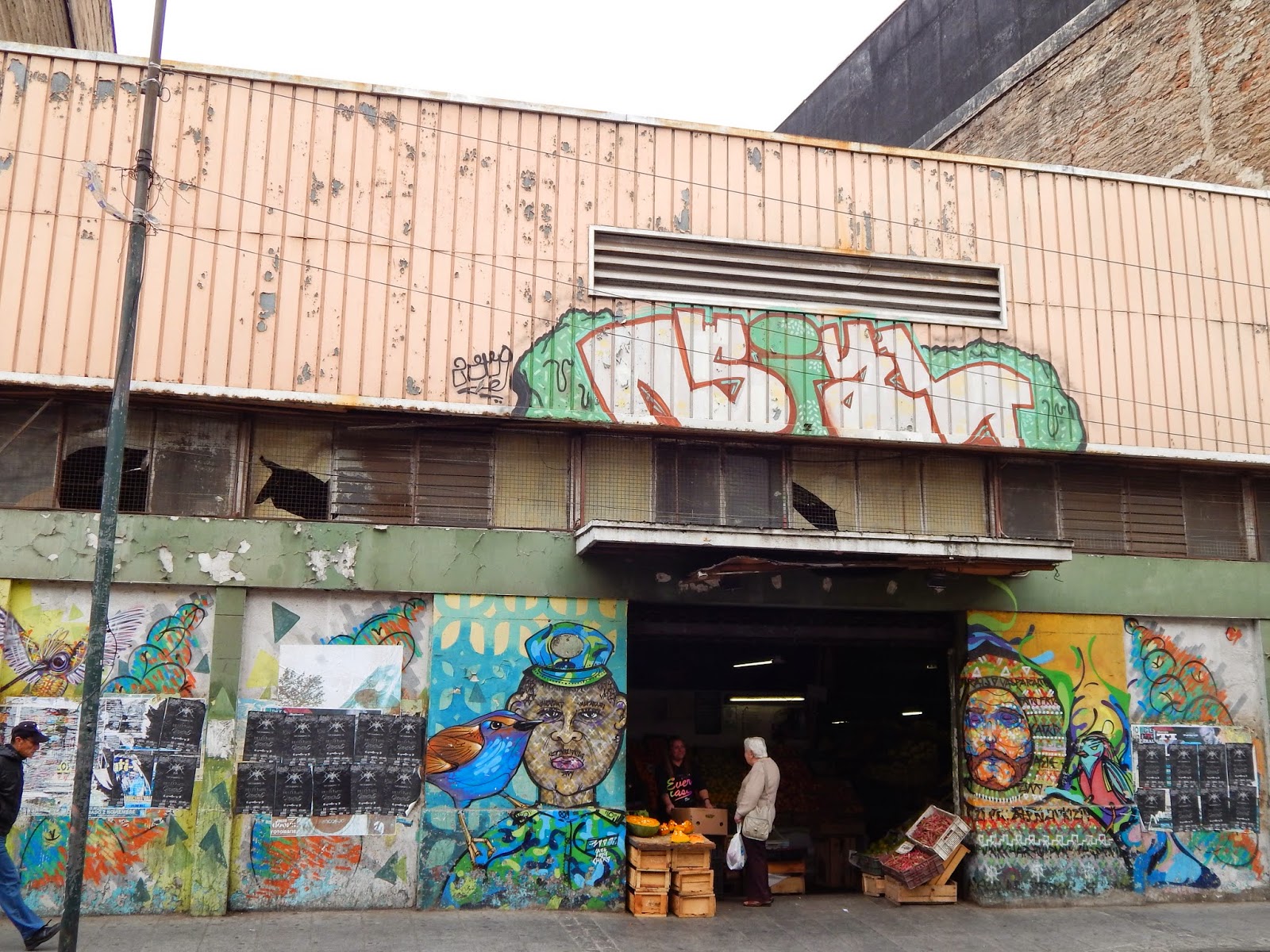 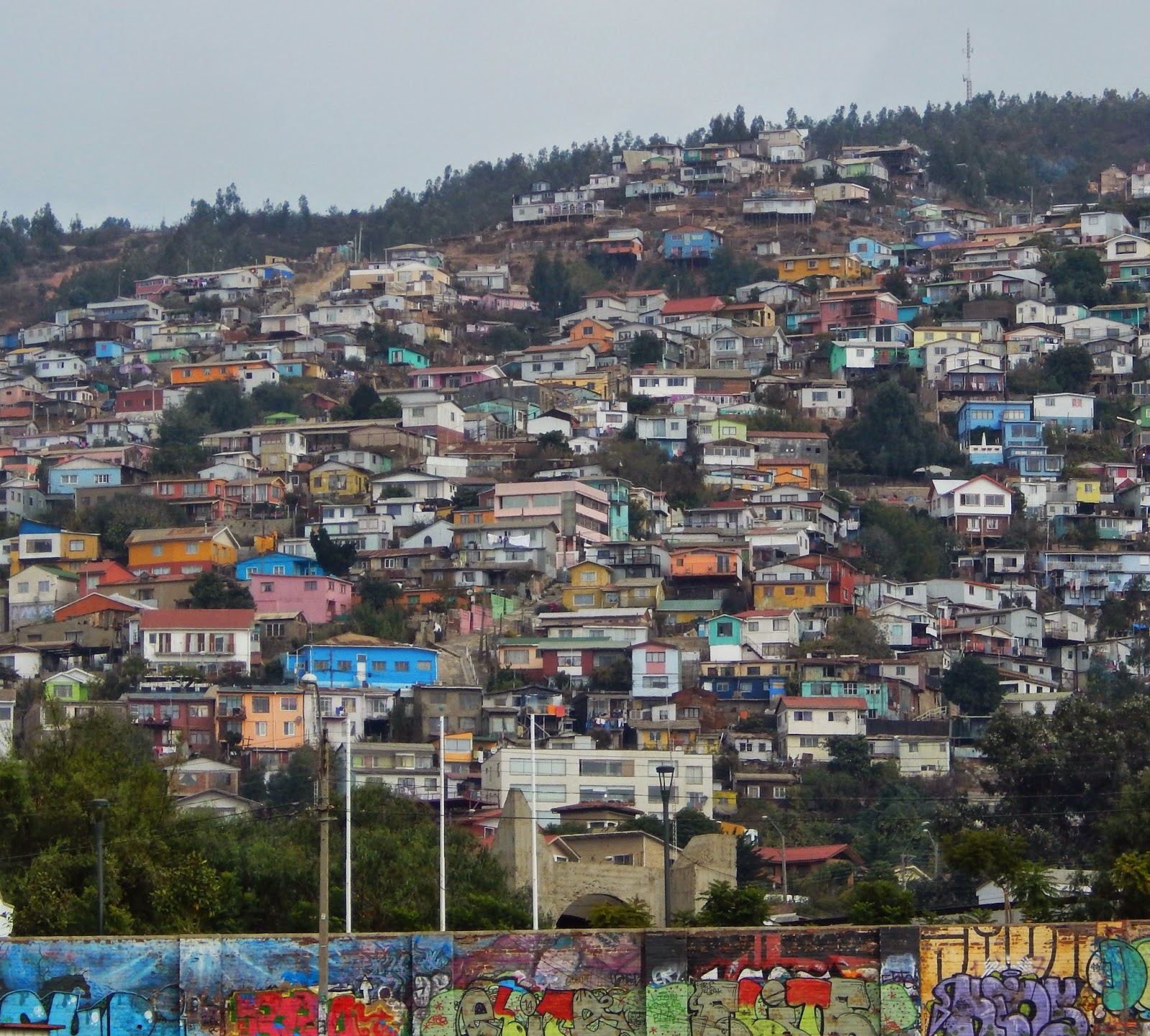 From April 12 to April 16, fires raged the hillside of the coastal city of Valparaiso. 6,000 citizens were evacuated from the city and 11,000 became homeless in an instant. The city was placed under red alert and declared a disaster zone. Blackouts occurred, and with them, the looting of businesses and homes. It is one of the worst disasters in Valparaiso's history. We were meant to visit on April 16. 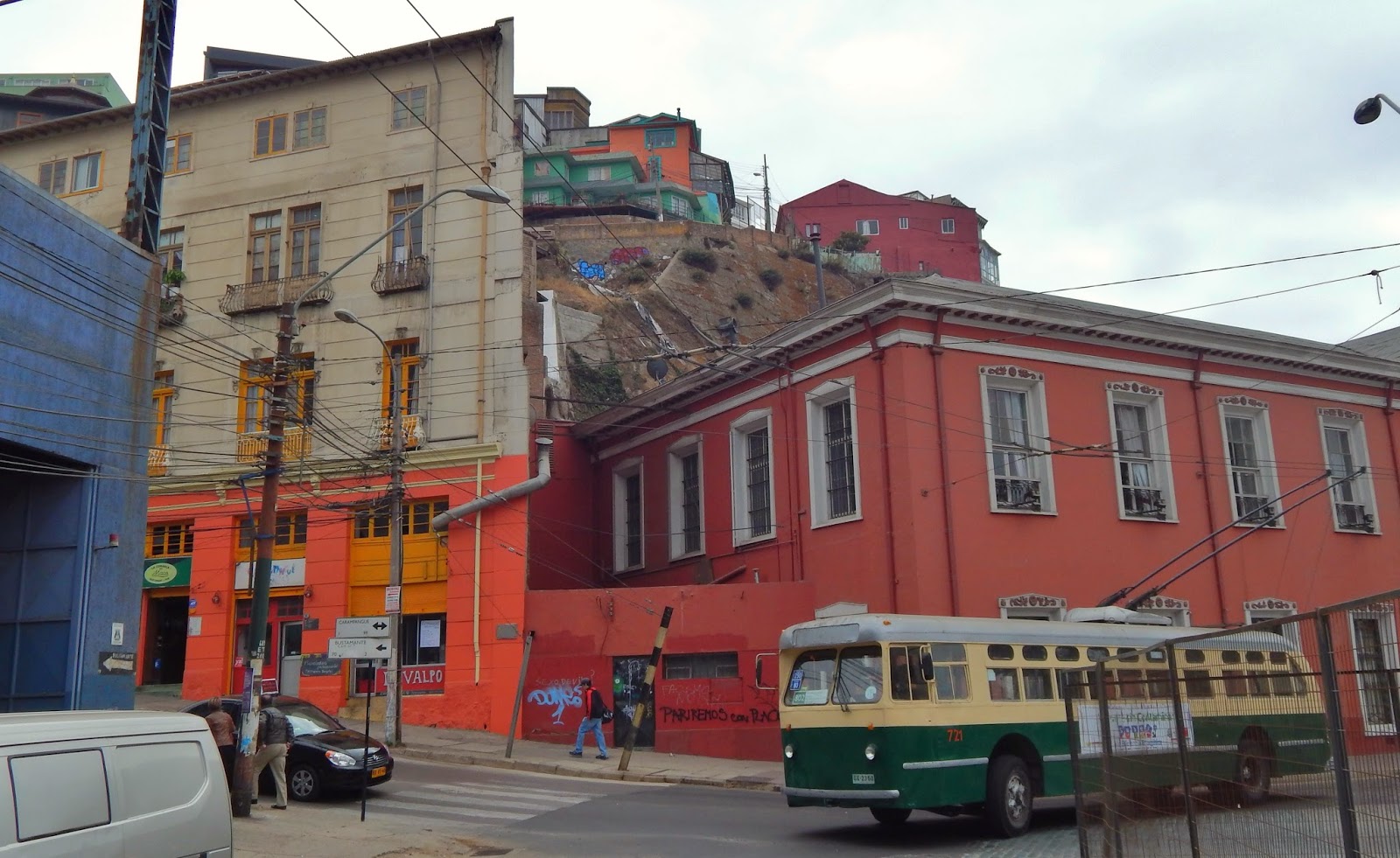 On April 15, the four of us held a pow-wow to decide our plan. The fire, at that point, was under control, but still burning. Relief efforts were underway in Santiago as the city rallied to help its neighbour. Not wanting to get in the way or put extra stress on the local infrastructure, we opted not to go. A quick change of plans gave us an extra day upon our return from Easter Island for a day trip. Unsure of what to expect because of the recent disaster, and mixed reviews from friends and family who had visited previously, we boarded a local bus early in the morning and threaded our way through the hills towards the coast. 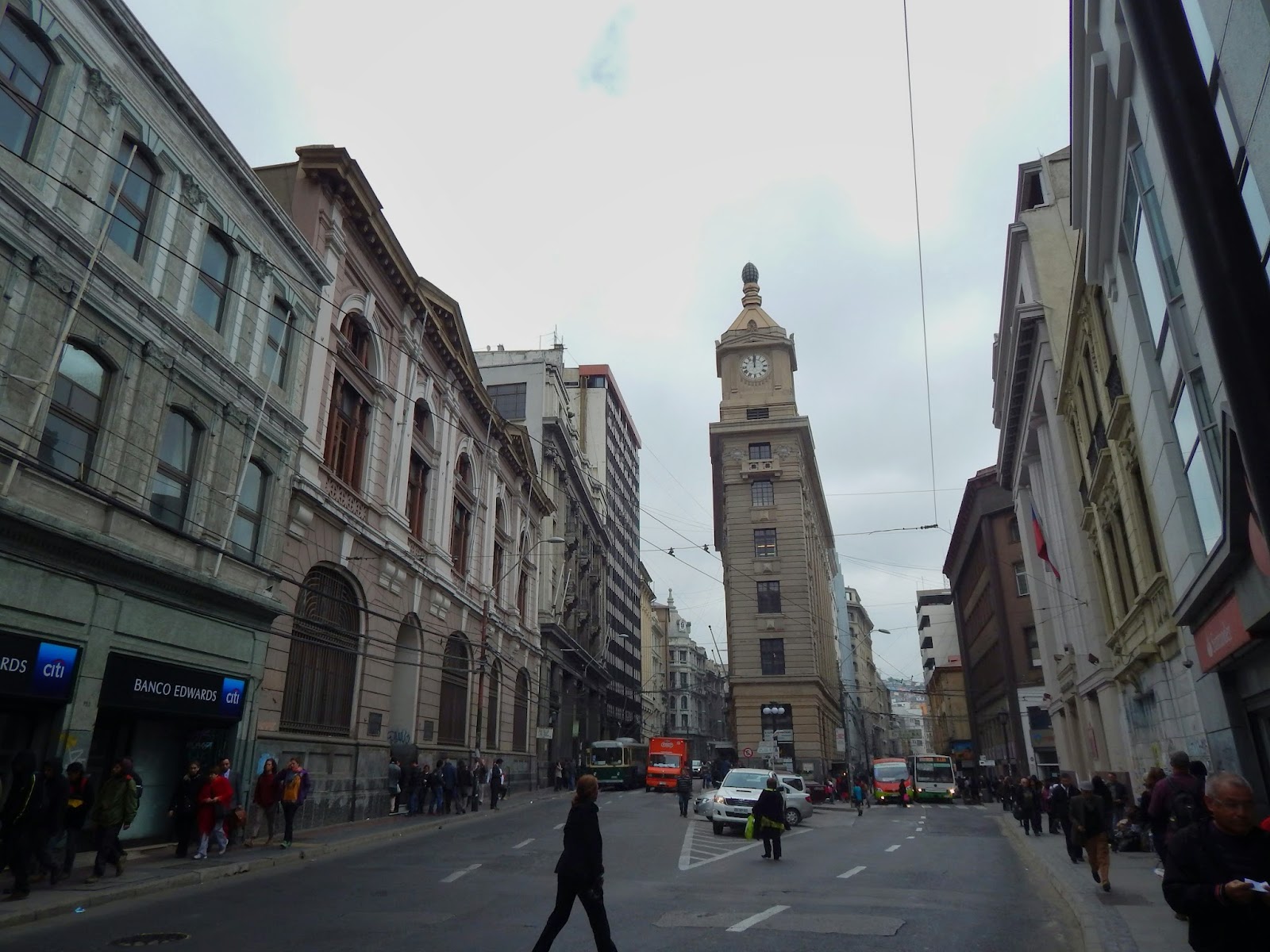 Our first impression had fulfilled our worst expectations. The city is gritty, with much dirtier streets than Santiago, and people shouted for our attention while we navigated the narrow sidewalks through the crowds and traffic. Although on the water, the area we walked was more port than pedestrian, since we weren't dropping off cargo in a huge truck we felt a little out of place. We walked all the way down the main strip, passing a few old, dilapidated churches and heritage buildings along the way; down each alley we saw homeless men picking through piles of garbage. 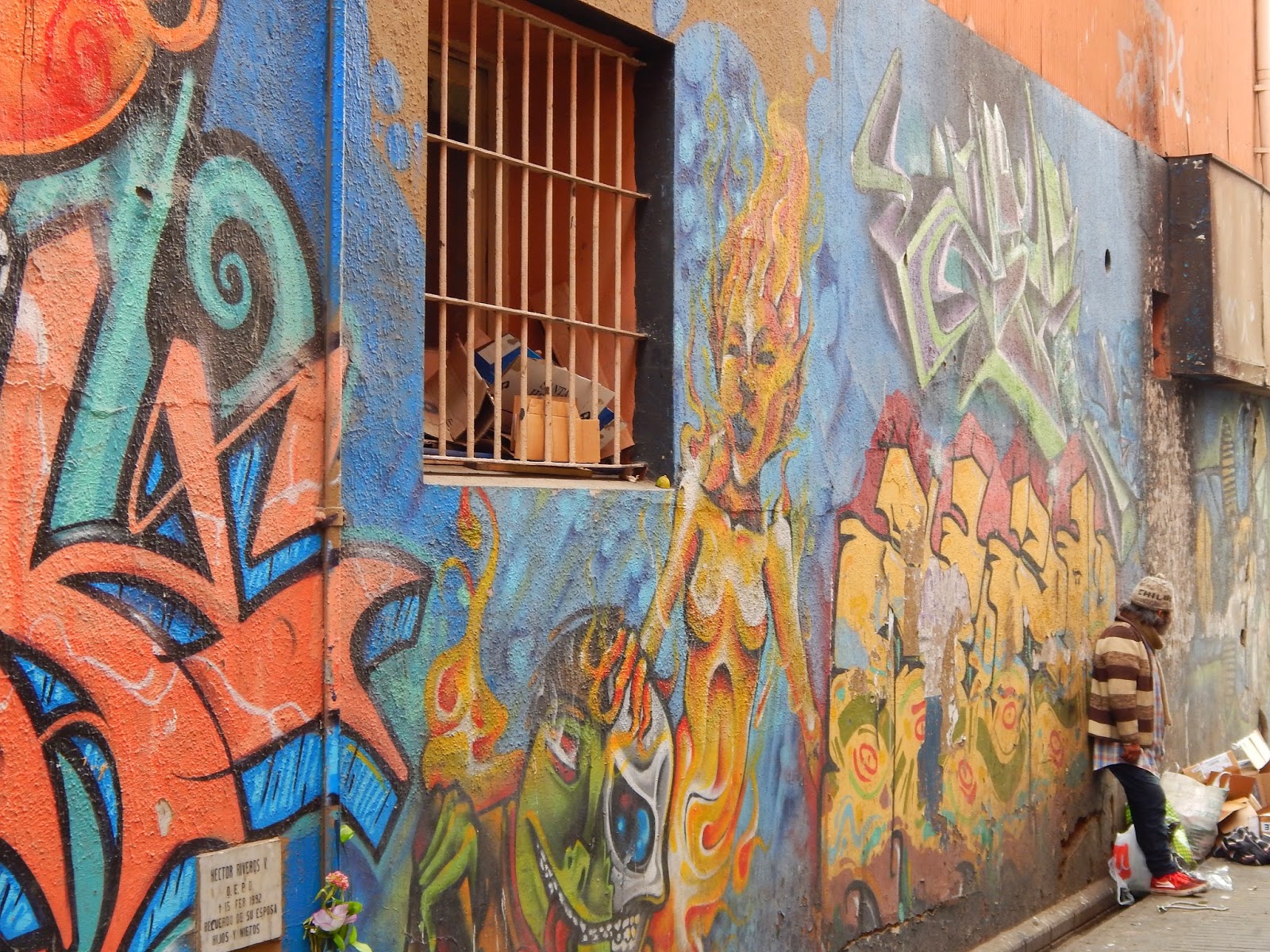 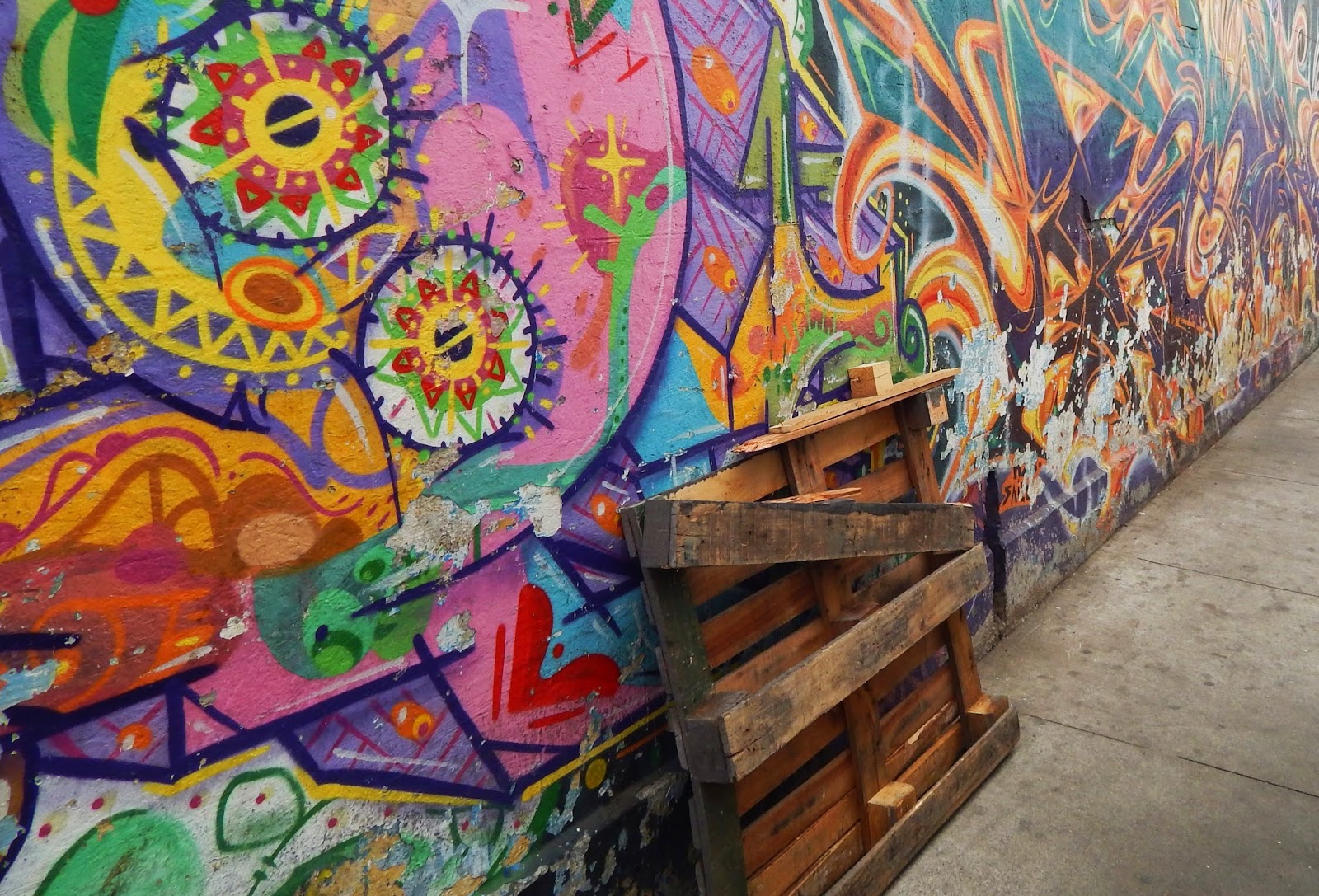 Not wanting to give up so soon, and enticed by a piece of street art we could half-see, we followed a sloped road up one of Valparaiso's 45 hills and around a corner. The street art grew and spread, blending from one wall into another, until we'd climbed our way up a rainbow staircase into an artistic barrio that had been completely swallowed by the ever-changing, swirling kaleidoscopic world of spray paint gradient and fantastical figures that leapt off the wall. 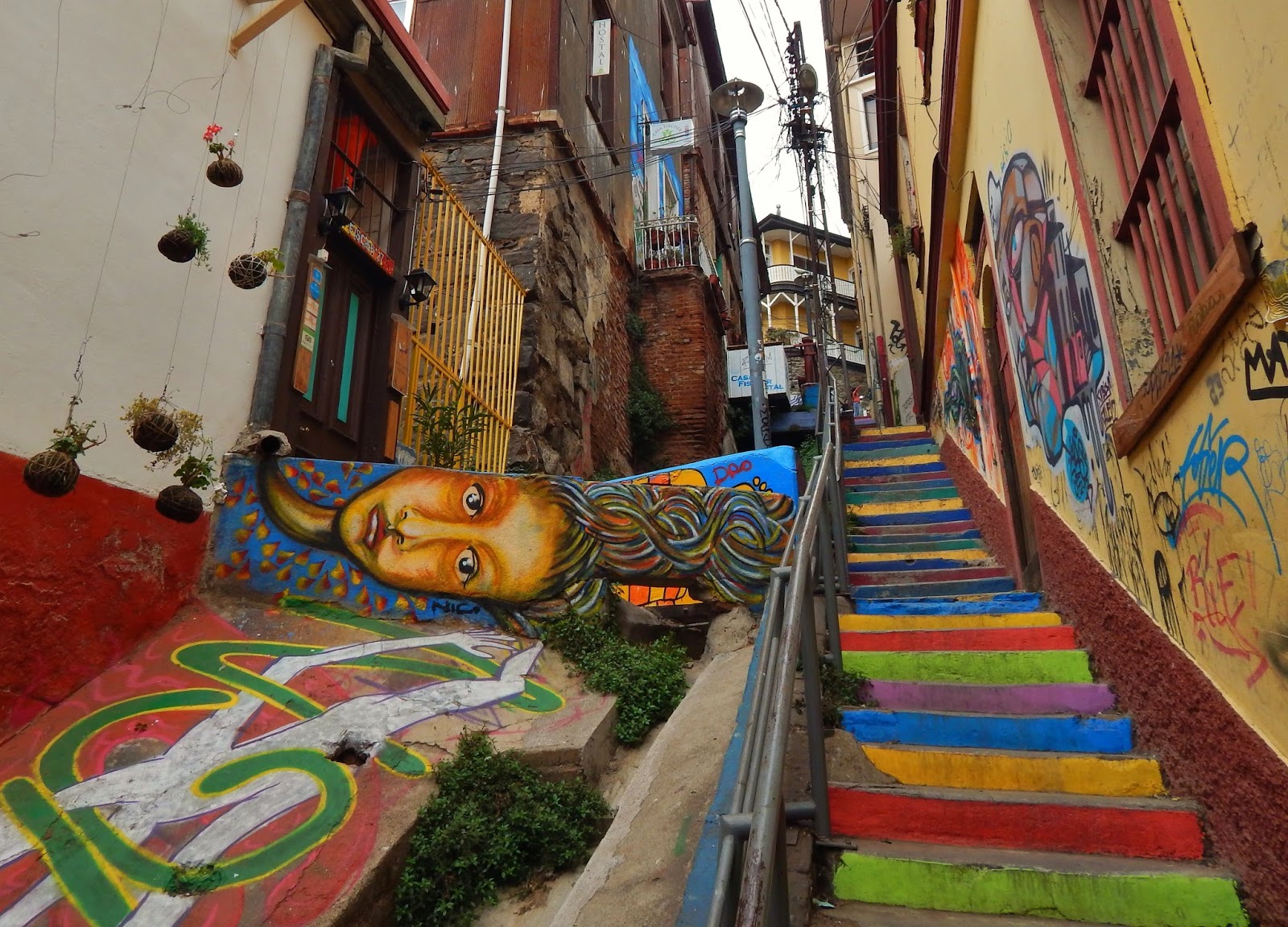 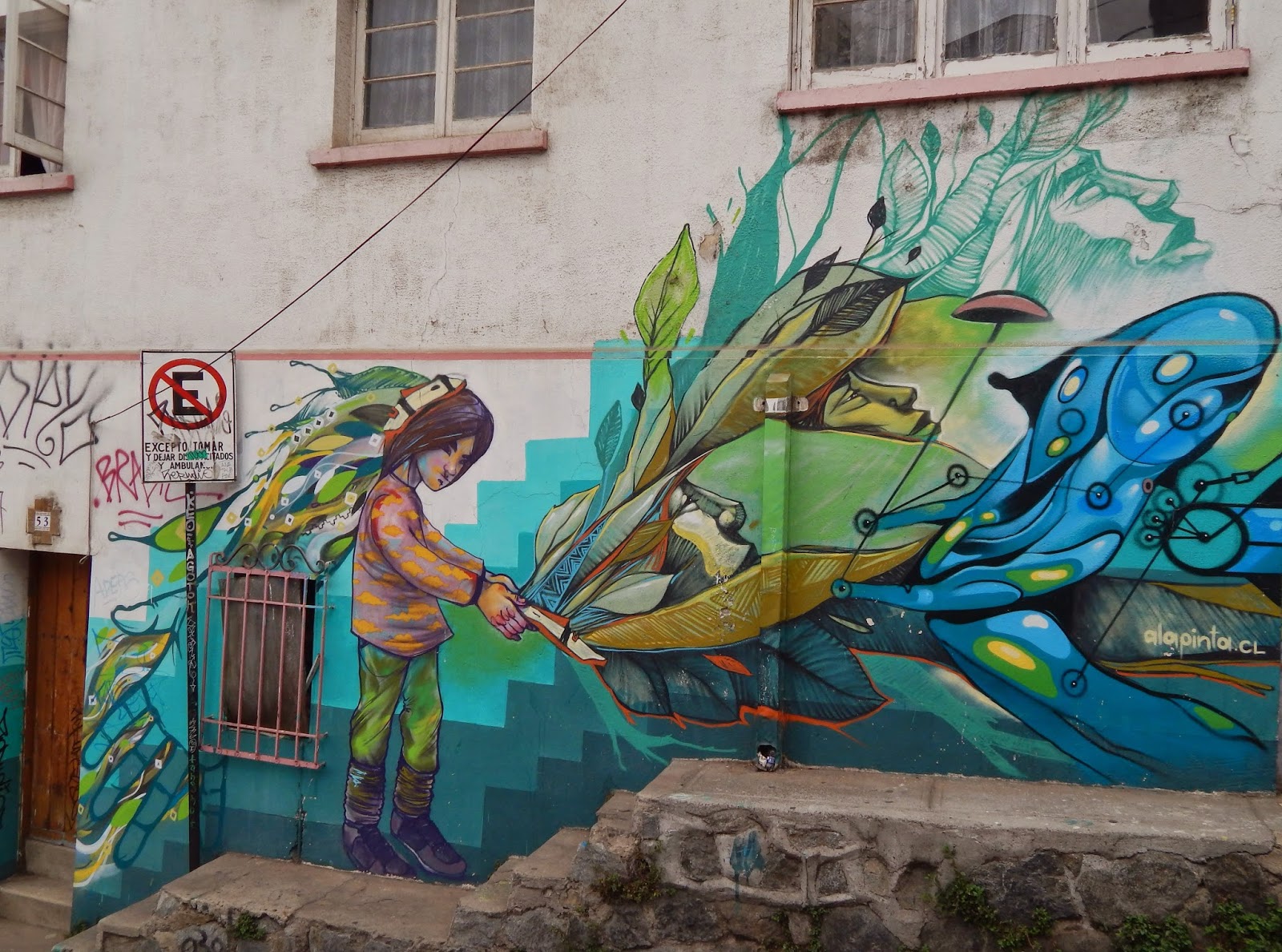 This part of the city felt much safer than where we'd been walking below. The paintings were colourful and friendly, sometimes sad, and usually breath-taking. We stopped to watch an artist work on her newest addition to the neighbourhood. The art was creative but well ordered, it did not seem that any were covered up by others or whitewashed away. The only interruption to a piece was likely caused by the ever-moving ground beneath the walls; patching of cracks and holes required repainting, but always with minimal effect on the art. 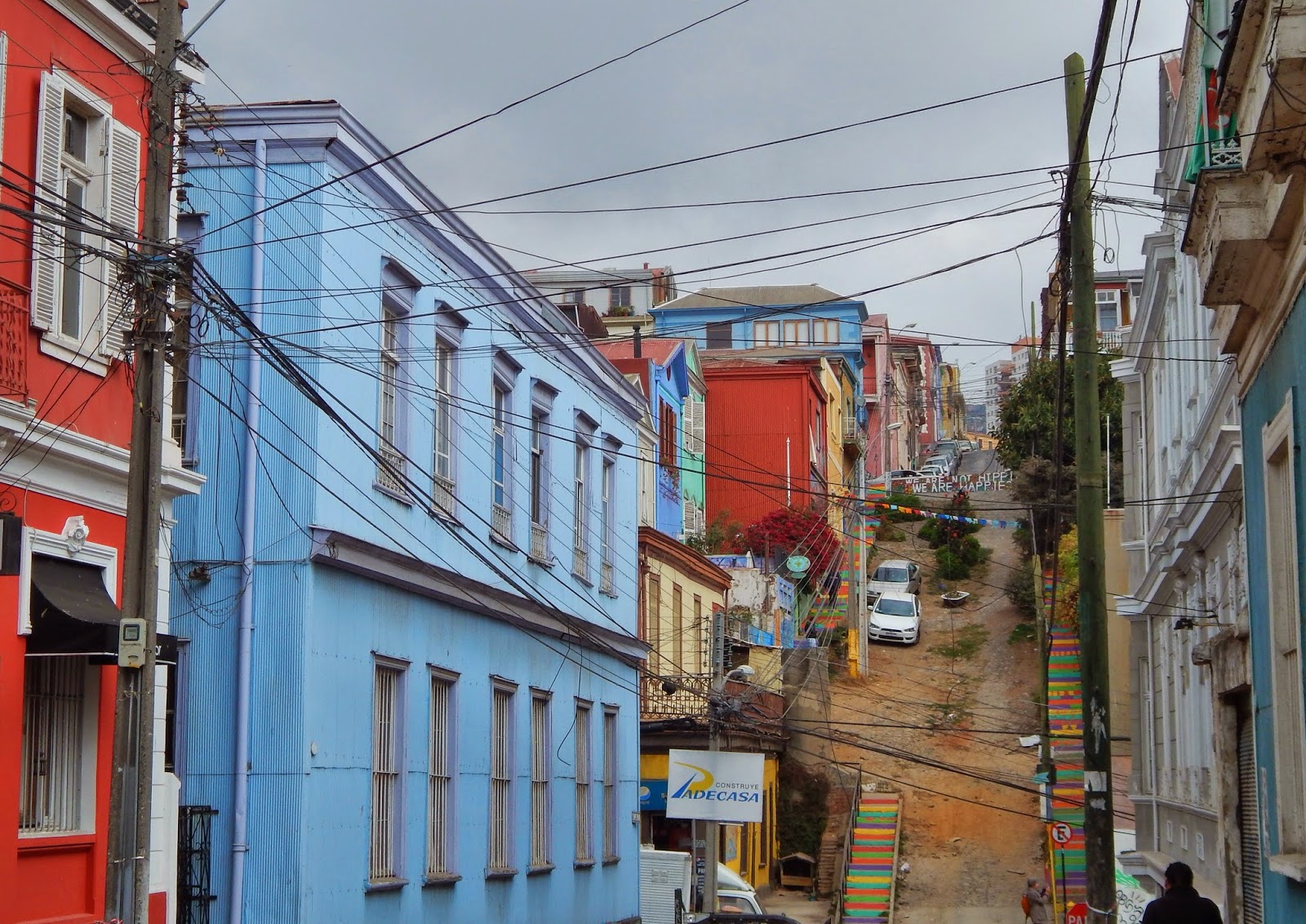 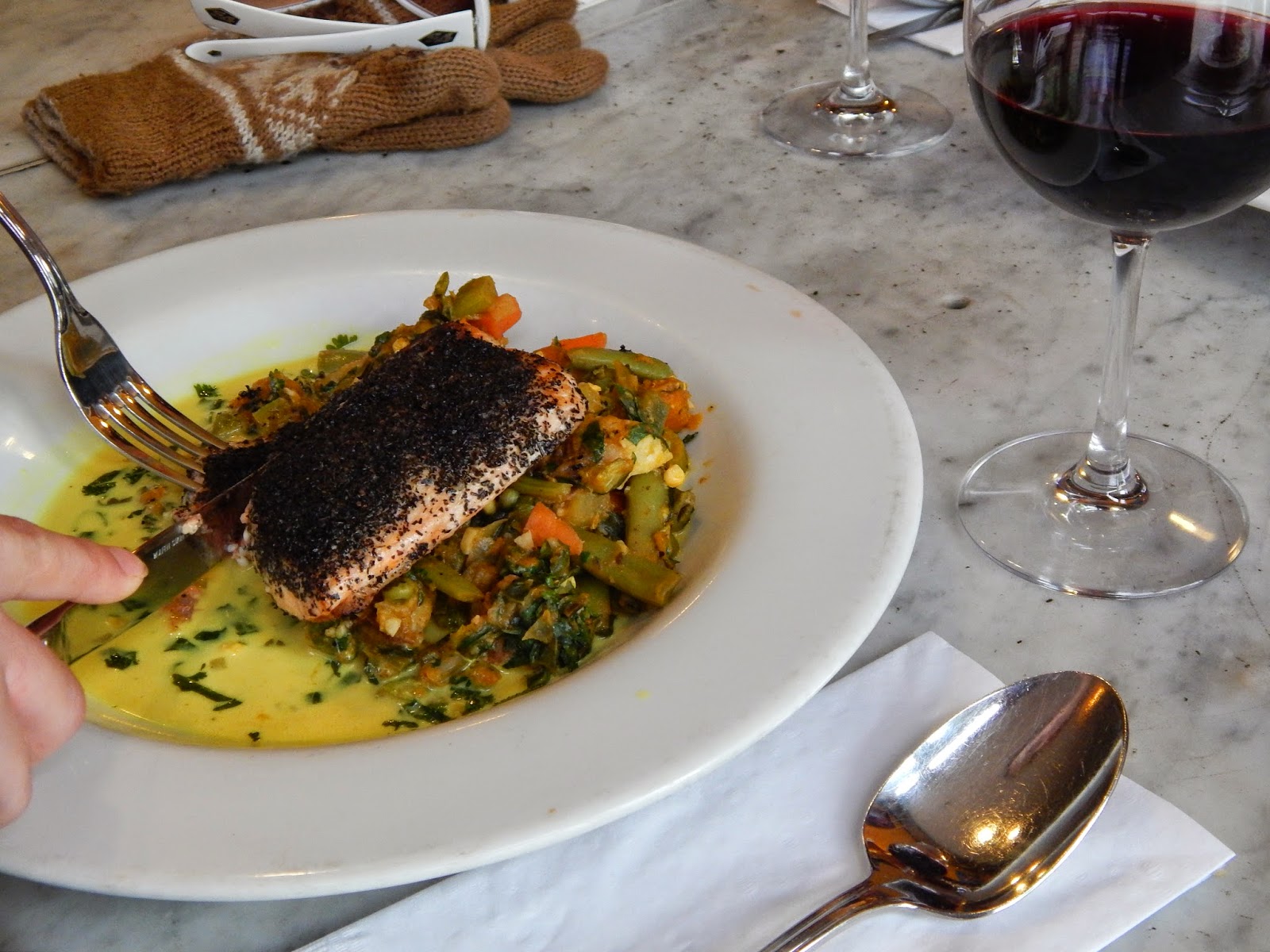 Listening to our rumbling stomachs, the four of us stopped at a cute bistro with a pleasingly retro decor, and skimmed the menu. We could barely understand all the unusual ingredients, that even when translated meant nothing to us. Those that we did understand only increased our eagerness and made our decision more challenging. After some discussion, we landed on the rabbit and the salmon, with a bottle of Anakena red wine to share as a tribute to Rapa Nui's sandy beach.


Glasses raised in a cheers, a sudden shaking brought us nearly to our feet, while our waitress struggled to stay on hers'. The whole building rumbled to life as if picked up by a giant and briefly examined. Before we could react, it was over, the restaurant erupting in nervous laughter. "Not an earthquake," our waitress reassured us. "Just a tremor." Needless to say, she'd been through worse in her young life. This one registered a 5.3 on the Richter scale. 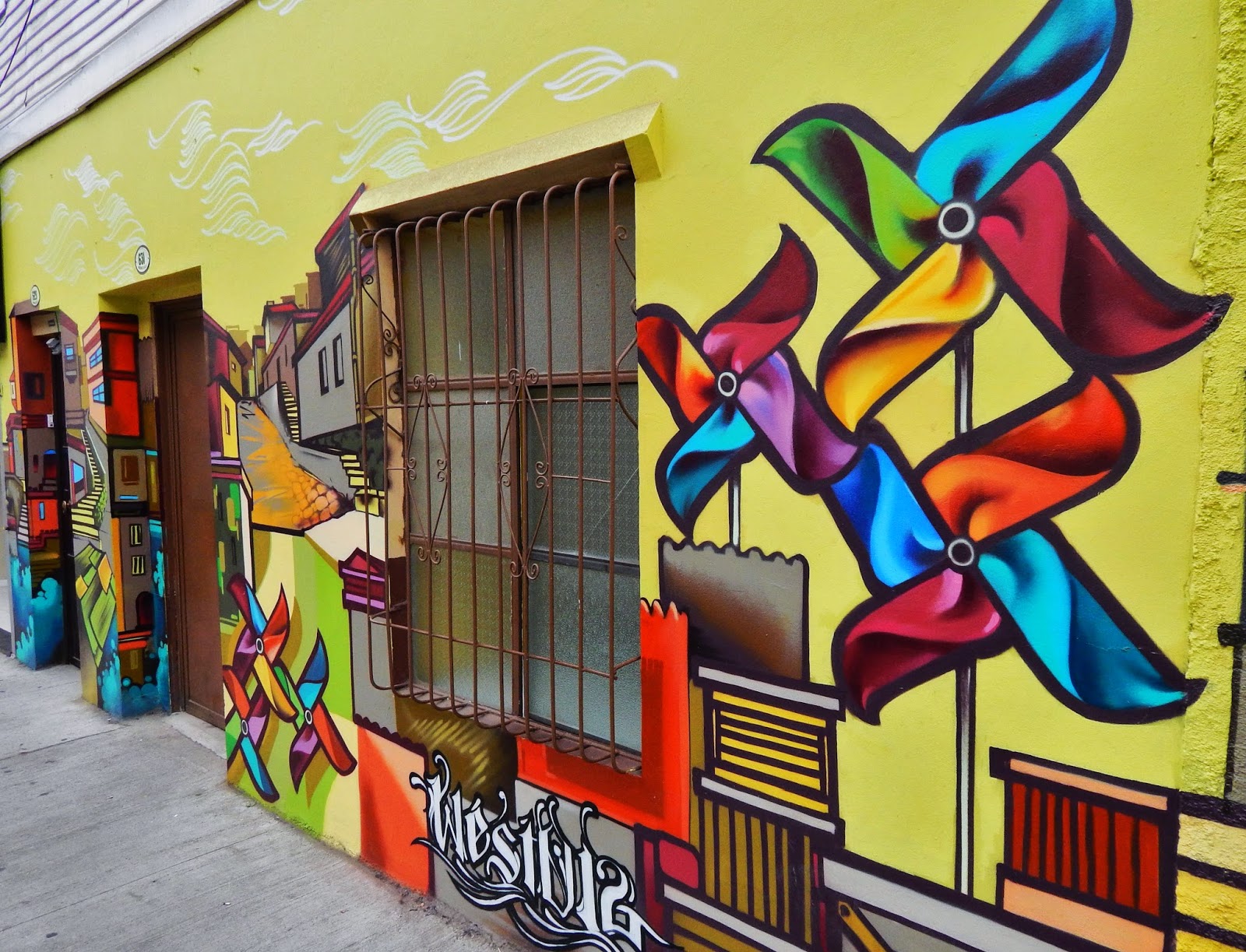 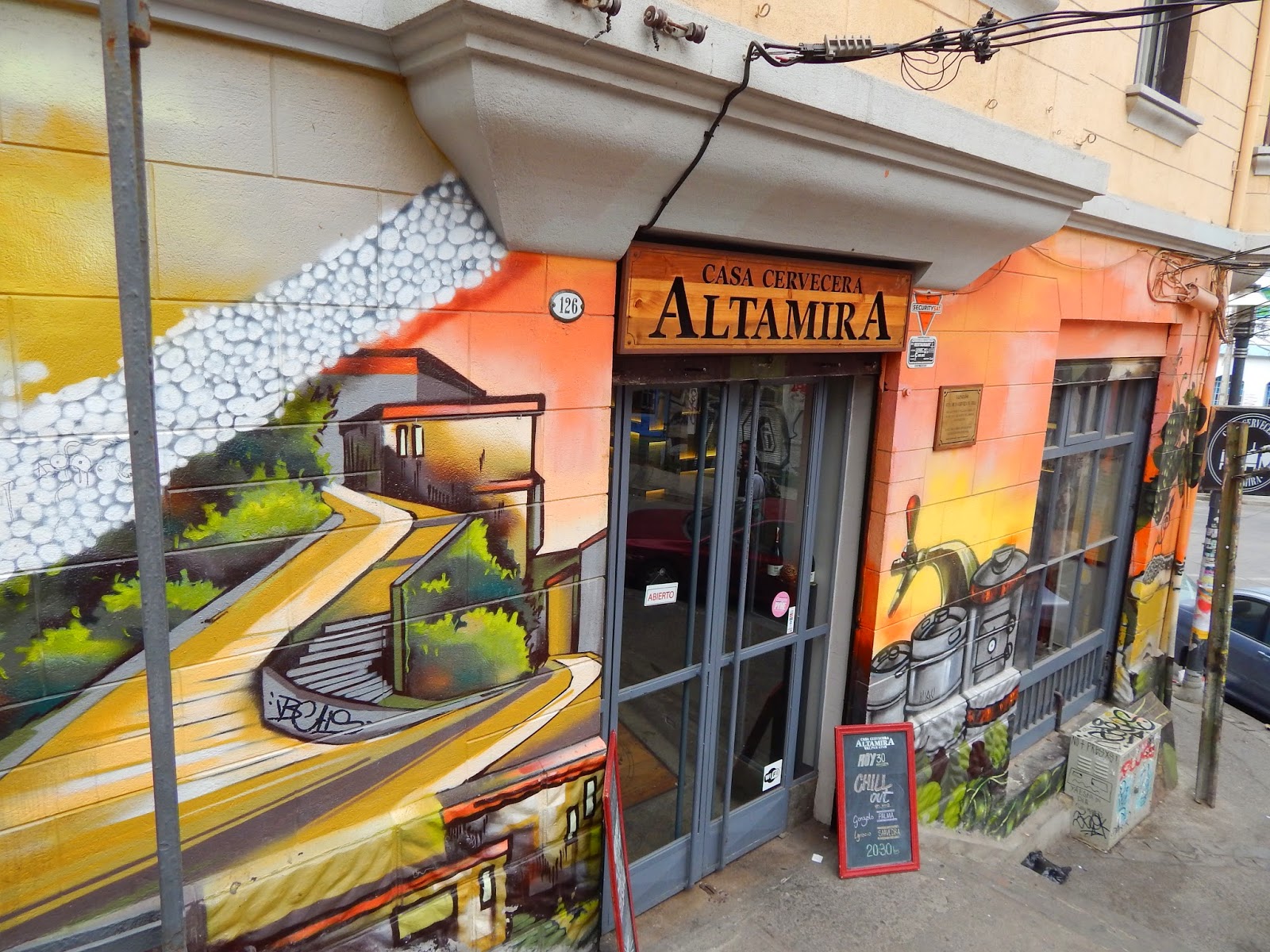 After our delicious meal, we wandered our way back down a different street and landed at one of the three working funiculars that run up and down Valparaiso's steep cityscape. An experience in itself, the funicular brought us safely to the doorstep of an artisanal brewery that the guys just couldn't pass up. 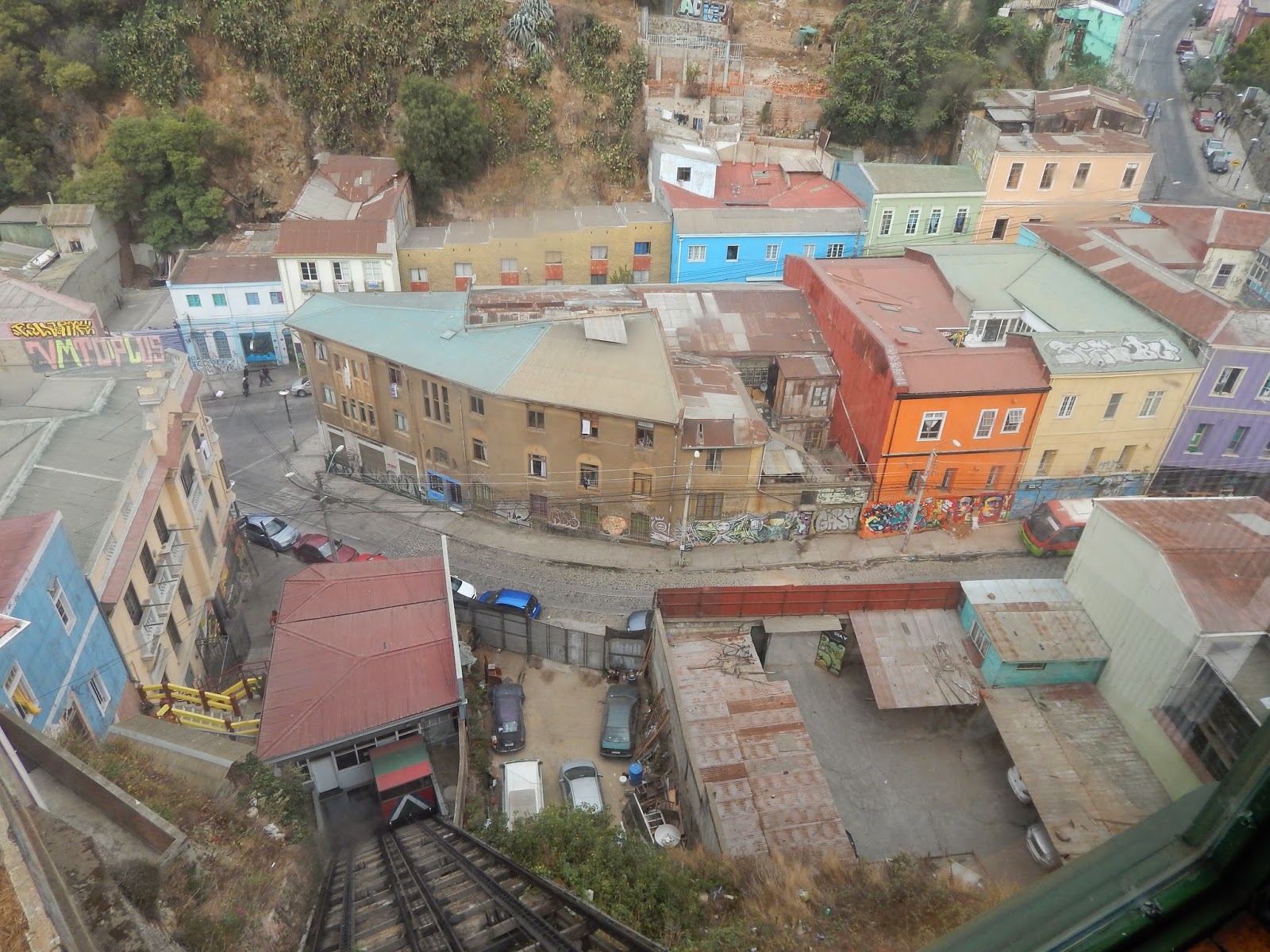 Our final verdict was that the city was enjoyable with may treasures to discover. We would go back just to sample more food, wine, and beer, but the main draw is the colourful houses and rampant street art. We would recommend getting away from the basin and up into the hills where traffic thins out, and the views improve.