The next morning, we were able to have a relatively casual wake up as check out was 10 am. There were a couple of hours left for lazing around reading our books and exchanging photographs. Erin was just finishing Easter Island by Jennifer Vanderbes, and she shared with the rest of us a passage that felt particularly poignant:

The Statues didn't look out to the sea as one would imagine; they faced inward, staring at the island, their backs to the ocean, as if these people, thousands of miles from other humans, had, over generations, lost knowledge of the outside world.  As if in building these monuments, megaliths of the past with which to encircle themselves, they had forgotten, or tried to forget, that anything lay beyond their shores.

What, then, would they have thought the day Roggeveen anchored off the coast, the deck of his massive ship topped with goods they had never before seen, the men in a rainbow of brightly colored hats and jackets and epaulets? What would they have thought as they paddled alongside in their corroding canoes, climbing aboard to stroke the sleek sails and tim and ropes?  What would they have thought when Roggeveen's men rowed ashore, climbing the rocks with polished pistols and muskets at their sides, which, when raised, seized life in an instant?  What would they think, three days later, as they looked at the bodies of their fallen friends while the ship sailed off beyond the edges of the world they had thought their own?  Would the islanders have looked around at the barren landscape?  The rocks and the reeds and the yellowed grass?  Would they remember the trees? Or stories of trees. Would they look at the few canoes rotting in the surf?  Boats that could hold no more than four people each, too leaky to make it more than a few miles?  Would they know they were sharing the tragic fate of so many creatures, like the intrepid birds that had found their way to such distant shores and awoke one day to find they could no longer fly?  Would they then look up at the massive stone giants they and their ancestors spent centuries building?  At their own history, now no longer enough to protect them, to keep out their knowledge of another world? 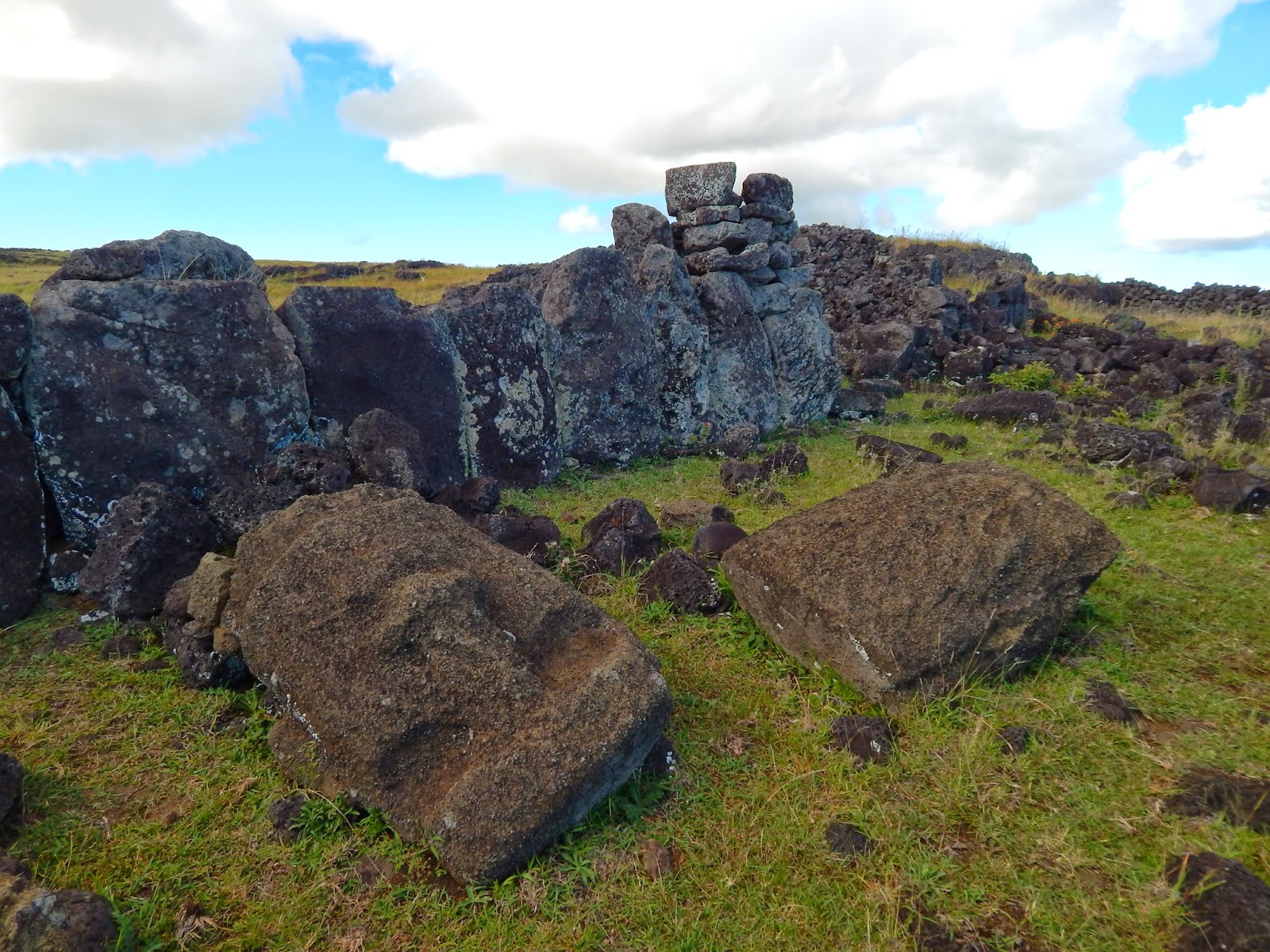 Was this the moment when one furious man gave the command--Enough!  Never again!--when they knew the dead had betrayed them, when they swarmed the nearest statue, their bodies heaving, angry, frightened by the weight of this massive relic, bleeding themselves for the sake of a new beginning?

We don't know for sure the history of Easter Island. We have only the presumptions of anthropolgists and researchers and the stories of passed-down legends. To discover all of Rapa Nui's secrets, you'll have to go yourself. 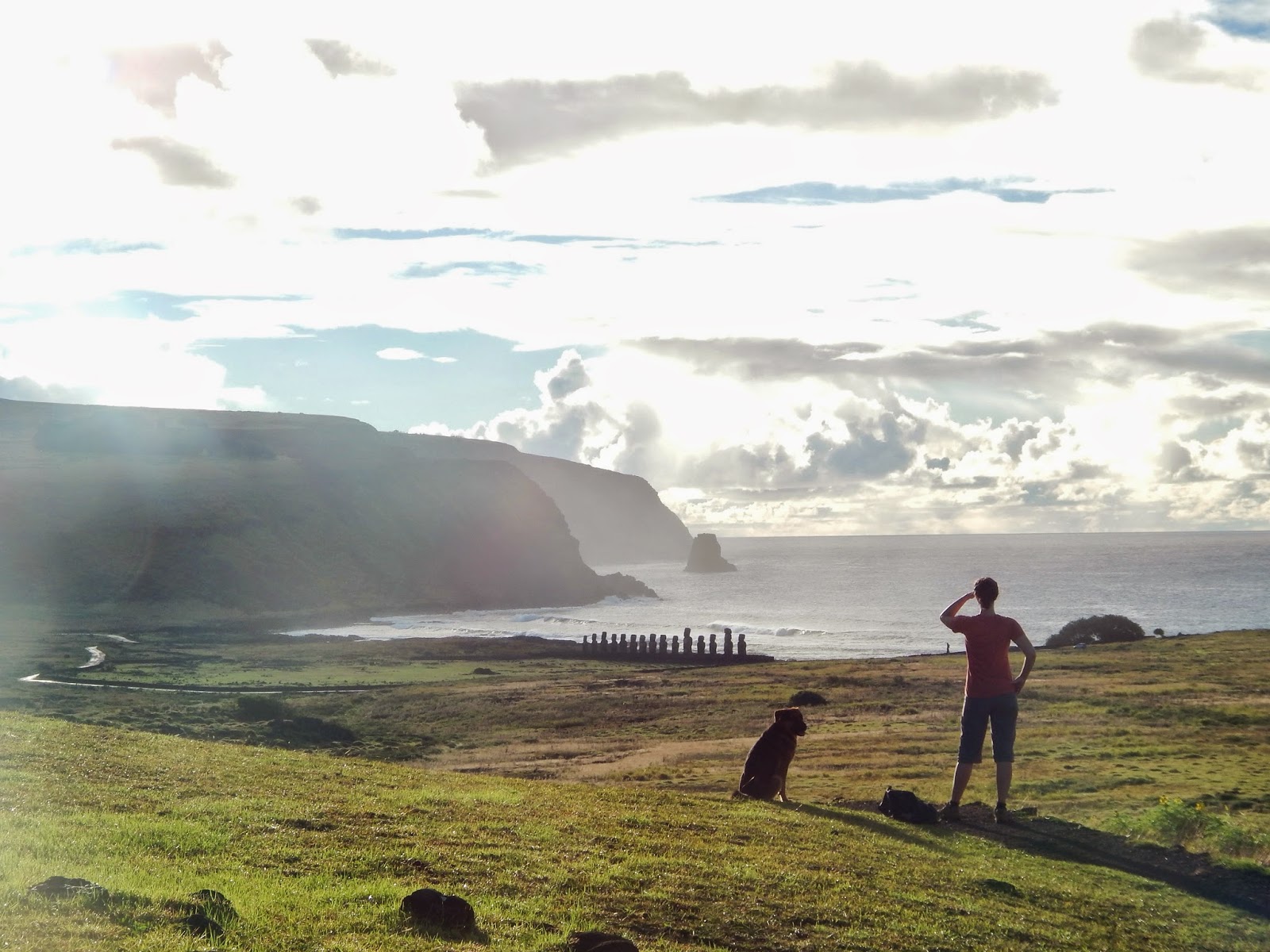 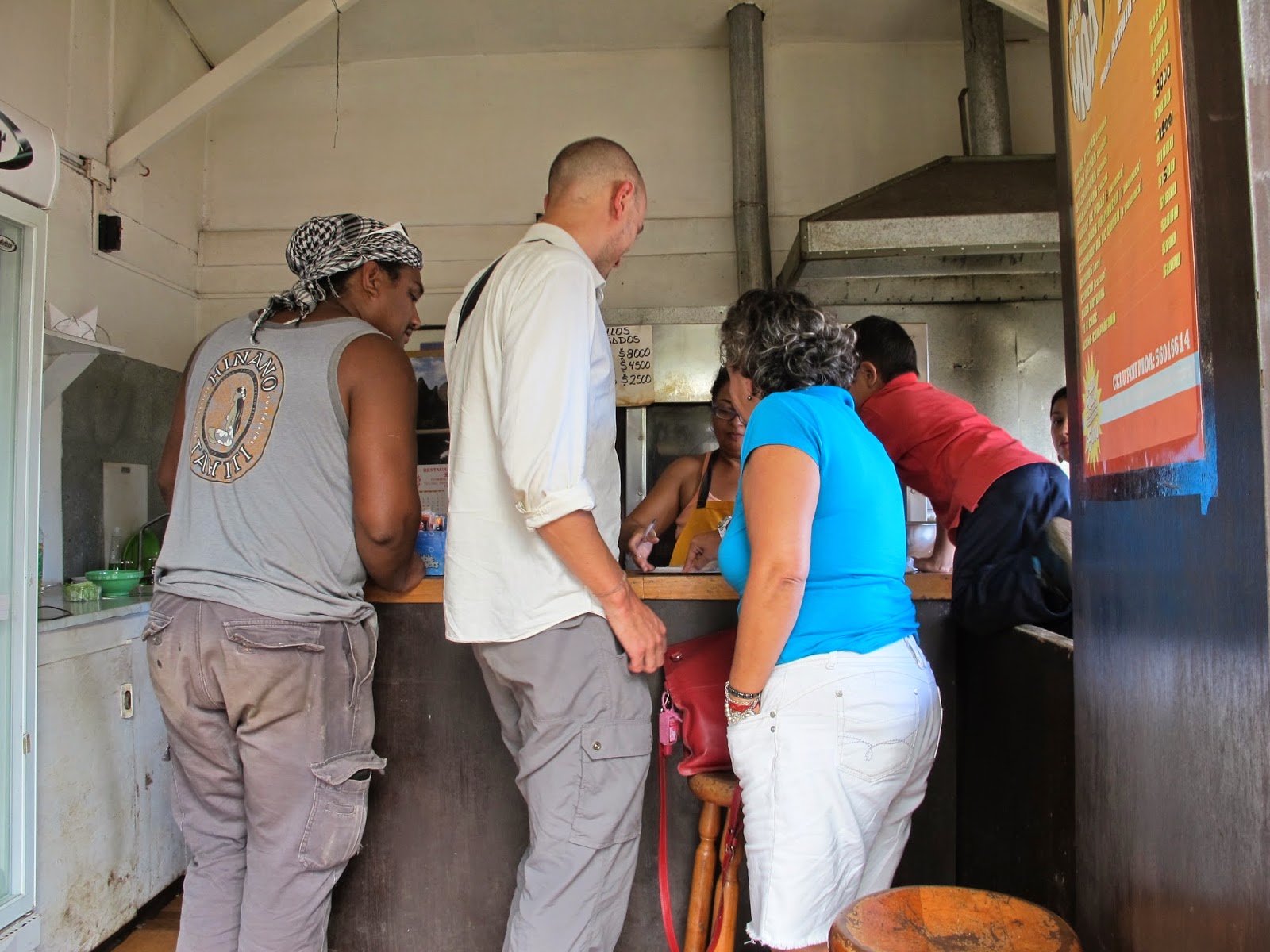 We gathered our belongings and headed to the airport to check in. With such a tiny airport, just on the outskirts of town, the guys felt there was enough time to leave and come back after handing over our bags. Where would that last stop on the island be...a crater, an ahu with moai? There was only one last place to say goodbye to...

Back on the mainland, we took a day to organize ourselves, buy bus tickets, and wash the dirt and sweat out of our entire wardrobes.We were understandably run down after so much exercise and three time changes all within one week. Like Antarctica, it was difficult to think onwards after leaving such a magical place. But real adventurers never pause long, so tomorrow will be a new day exploring a new city. Stay tuned!