Day 278: An Introduction to the Island 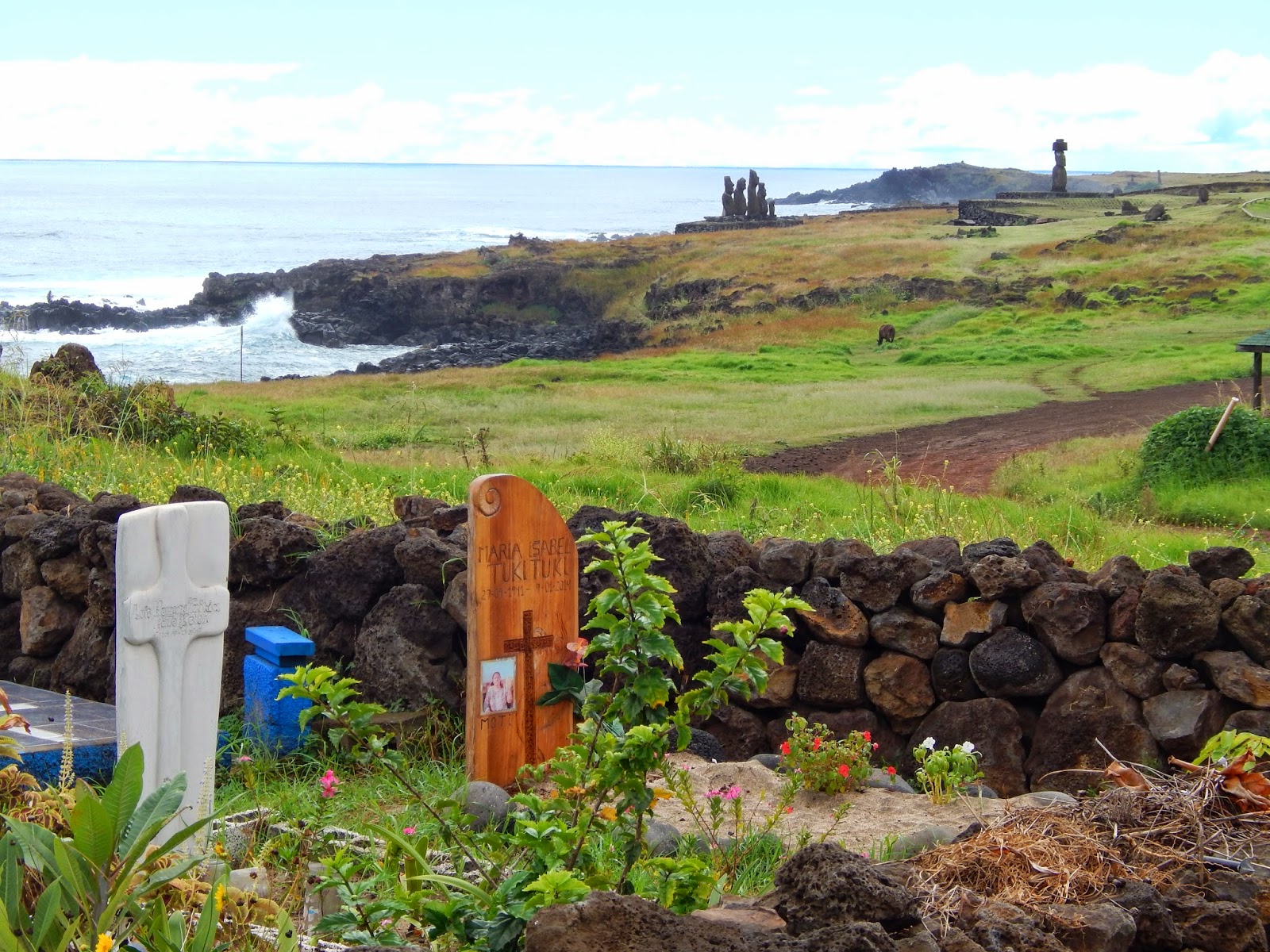 Better late than never. We awoke to sunny skies and a salty breeze and relished not needing to set an alarm or jump out of bed. We leisurely made pancakes, then Erin, Kristen, and John walked the coastal road, past the cemetery, in order to visit the island's museum. It had been our intention to do this first, for an overview of what we'd see, but it was closed the day we arrived and we'd been too busy ever since. In the end, it was nice to have explored the sites on our own, taking in what we saw, then filling in the final details with the information we hadn't already known. 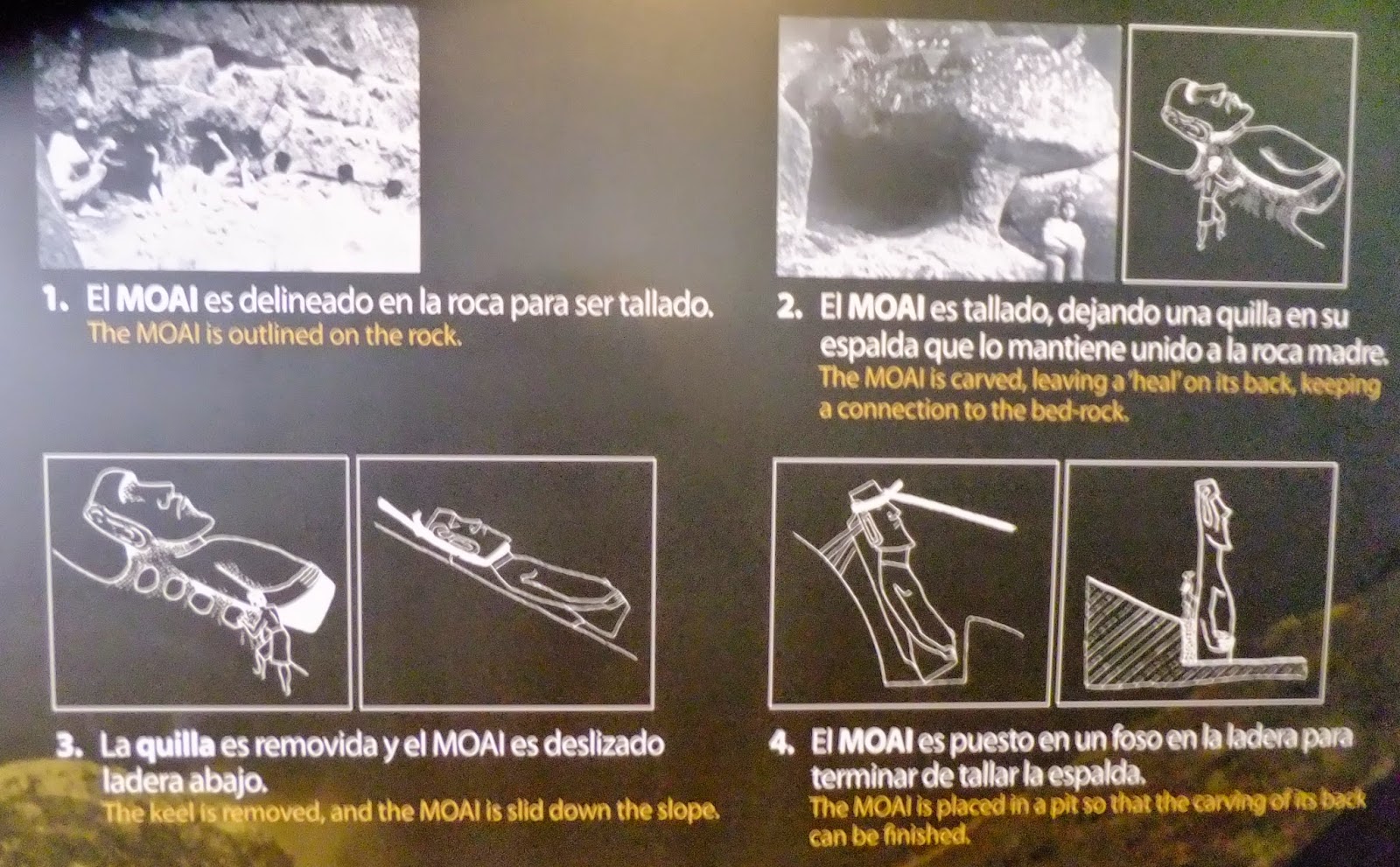 The question Erin's sister had asked her before the trip still lurked in her mind: were the heads on the hill complete? We hadn't been able to find a decisive answer at the quarry. It seemed that they might be only half-completed moai, their bodies not excavated and carved yet. But the museum posed another possibility.

Scientists think that the moai were carved horizontally, on their backs, out of the volcanic rock. This certainly seems to be the case from what we witnessed at the quarry. Then, they believe the moai were tilted upwards in a hole so that their backs could receive their final carvings. It seems likely that the heads on the hill were in this stage of production, which is why some have started leaning over time, but they are mainly upright. When the beliefs of the Rapa Nui changed, the moai were abandonded. Some are even found scattered around the island on their way to ahu. We also learned the startling fact that there are 887 moai in total, 288 were moved and erected on an ahu, 397 are still in the quarry, and 92 were left en route to an ahu. The last hundred are only fragments or found in museum collections. Only 10 of the moai resemble female figures. 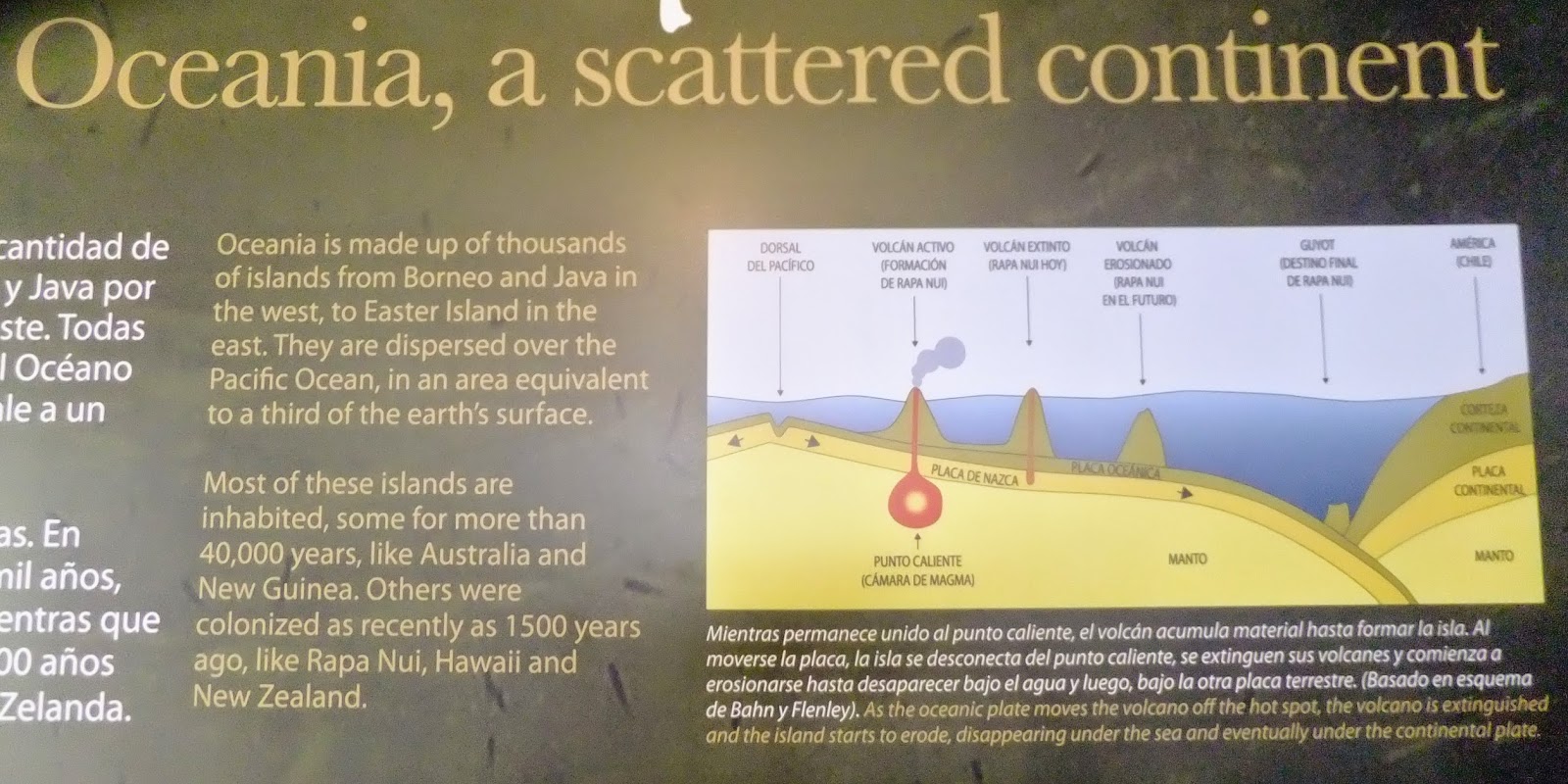 The best news the museum presented were the multiple panels dedicated to information about Oceania, showcasing how Easter Island (and Borneo) are a part of this seventh "continent," meaning we've actually been to all seven! We know, however, that this glory is short-lived as it will surely be disputed by Craig and his family.


It was a casual walk back across town with a less-spirited discussion about having chicken and chips for lunch. None of us were in the mood to get our hopes up for a third time. So it was a surprise when we entered our usual grocery store to see well-stocked shelves and a whole chicken turning on a spit in the back corner. The latest plane must've brought provisions for our little market, or it was a special treat for Saturday! We nervously waited for our turn in line at the deli counter, hoping the last chicken wouldn't be sold and were relieved to discover there was not one left, but two, and we could have our pick! A simple decision (one was substantially larger yet they were the same price...), then a lengthy discussion about whether we should still walk up the road for a huge plate of chips or buy our preferred, yet more expensive avocado, tomato, and green pepper sides, and in the end, John offered to make the extra ten minute trek to see if the shop was open. Erin and Kristen continued on home to share the good news with Craig, and the three of us cheered when we saw John approaching home victorious.

Within minutes, the sky opened up and the rains the clouds had been promising poured down on us in an absolute monsoon. We thanked our bank accounts for having enough in them so we weren't stuck in a tent in the downpour, and went our separate ways for an afternoon of relaxation. 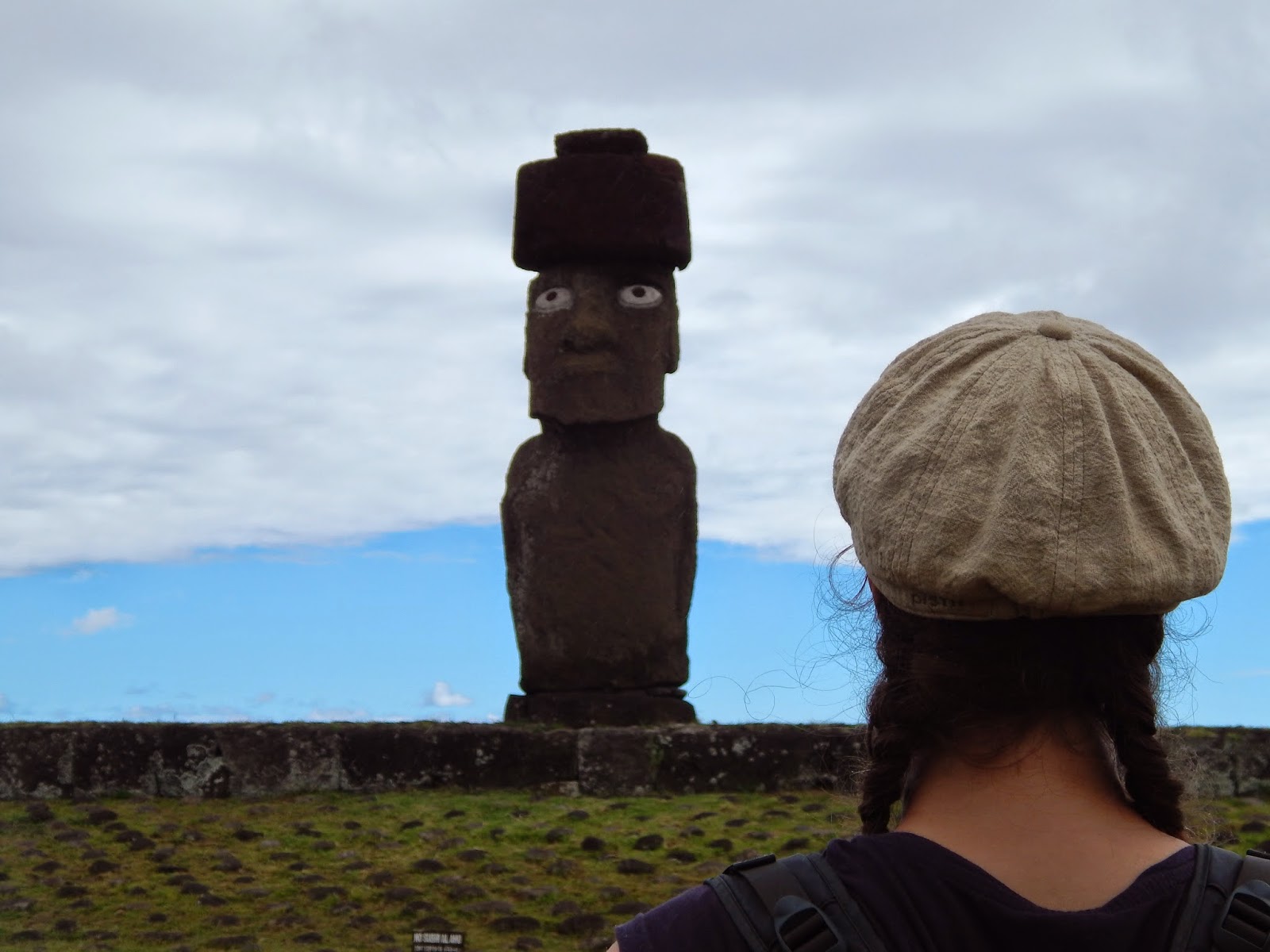