We woke up to an eerie calm the next morning as May 1 was a holiday. Halfway to the bus station and still on foot we were thankful when we were able to flag down a taxi (even if we did pay an unofficial 50% holiday price increase) to take us the rest of the way. Excited to be moving onwards, back across the border into Argentina, we were shocked to walk up to the booth and see a sign reading "Paso Cerrado." The attendant shared with us, dispassionately, that the border and entire pass between Chile and Argentina were in fact closed to all traffic.

Flabbergasted, we all stood in the bus terminal trying to come up with a plan. We had nowhere to stay, nothing was open, and we had no food to eat. The taxi driver asked for over double the price to take us back to our apartment building, a price which we absolutely declined; so feeling defeated, we collapsed into seats at a hotel cafe across the street. Thankfully, they let us use their wi-fi so we could come up with a Plan B. We had no idea when the border would open up again, beyond a "maybe Saturday or Sunday" from the unfriendly bus company staffer. To make matters worse we had a flight to catch from Mendoza in five days' time. 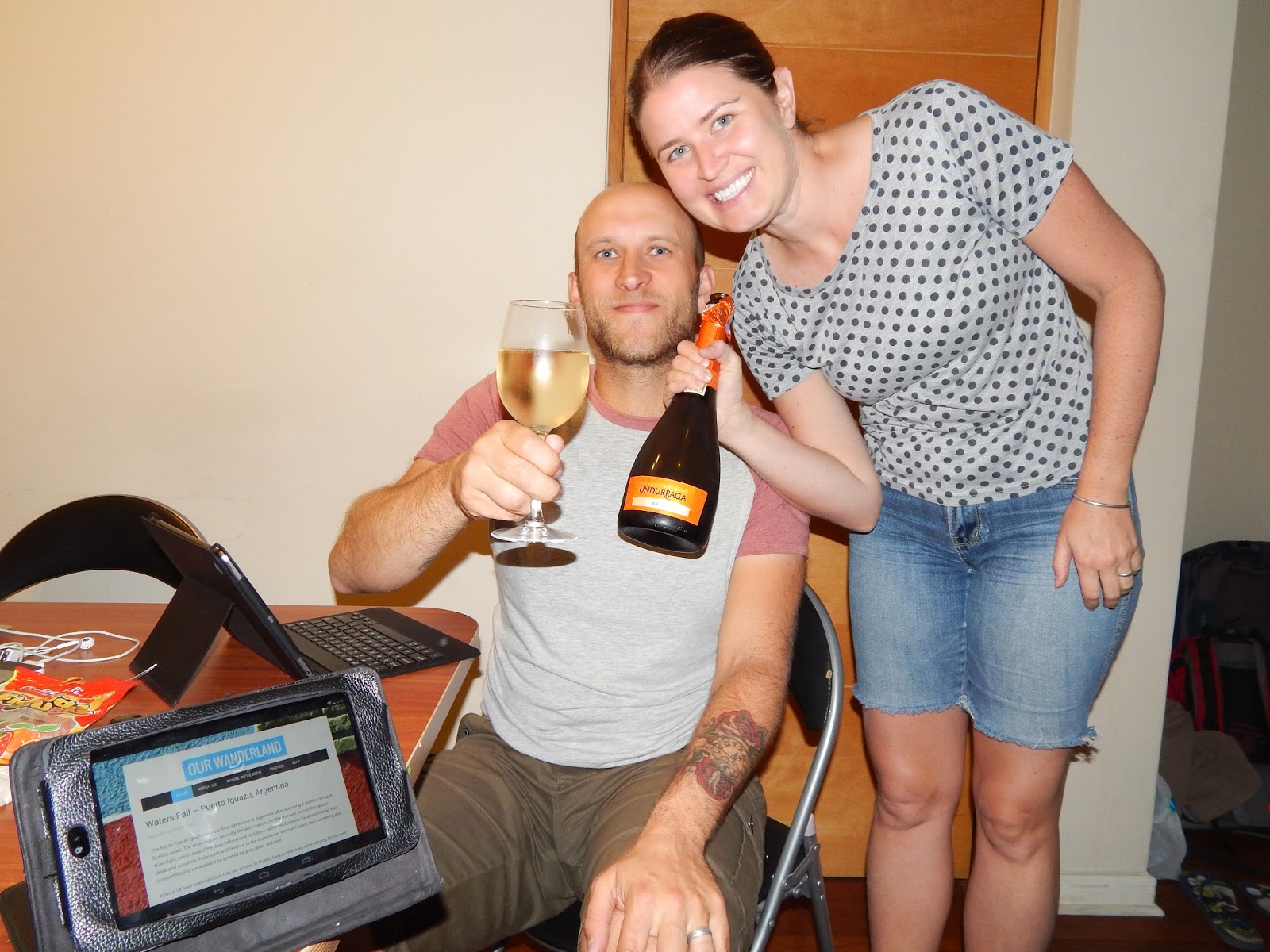 It was our newly made best friend Doris to the rescue. For the third time, this Air BnB owner hooked us up with an apartment in the 1400 Huerfanos building; a place that was quickly beginning to feel like home. So back we went, bags and all, to find a room in Tower C (our third of four towers in the building). The guys roamed the streets for something - anything that was open where we could buy food and wine, though wine was in much shorter supply and a much higher priority; meanwhile the girls waited for the keys to our apartment. Within a couple of hours, we had settled back in with our wine glasses full to the brim with red, bought via a transaction underneath a metal gate from the street. We guess that the store owner was worried about planned May Day protests turning into a more riotous event.

A heavy police presence was there just to prevent that from happening on the streets; however they could not stop the riot in the apartment as each bottle flowed into the next while we made the most of a day gone wrong and laughed over movies and cards.

In the subsequent days, we made good use of all the extra time on our hands. We silently worked side-by-side on our respective blogs, to the point that Kristen and John were ready to launch theirs. For a look at their take on South America, and to follow them as they continue onwards/catch-up to where they are, visit: http://ourwanderland.com/. (They've just posted their take on our Antarctica adventures). 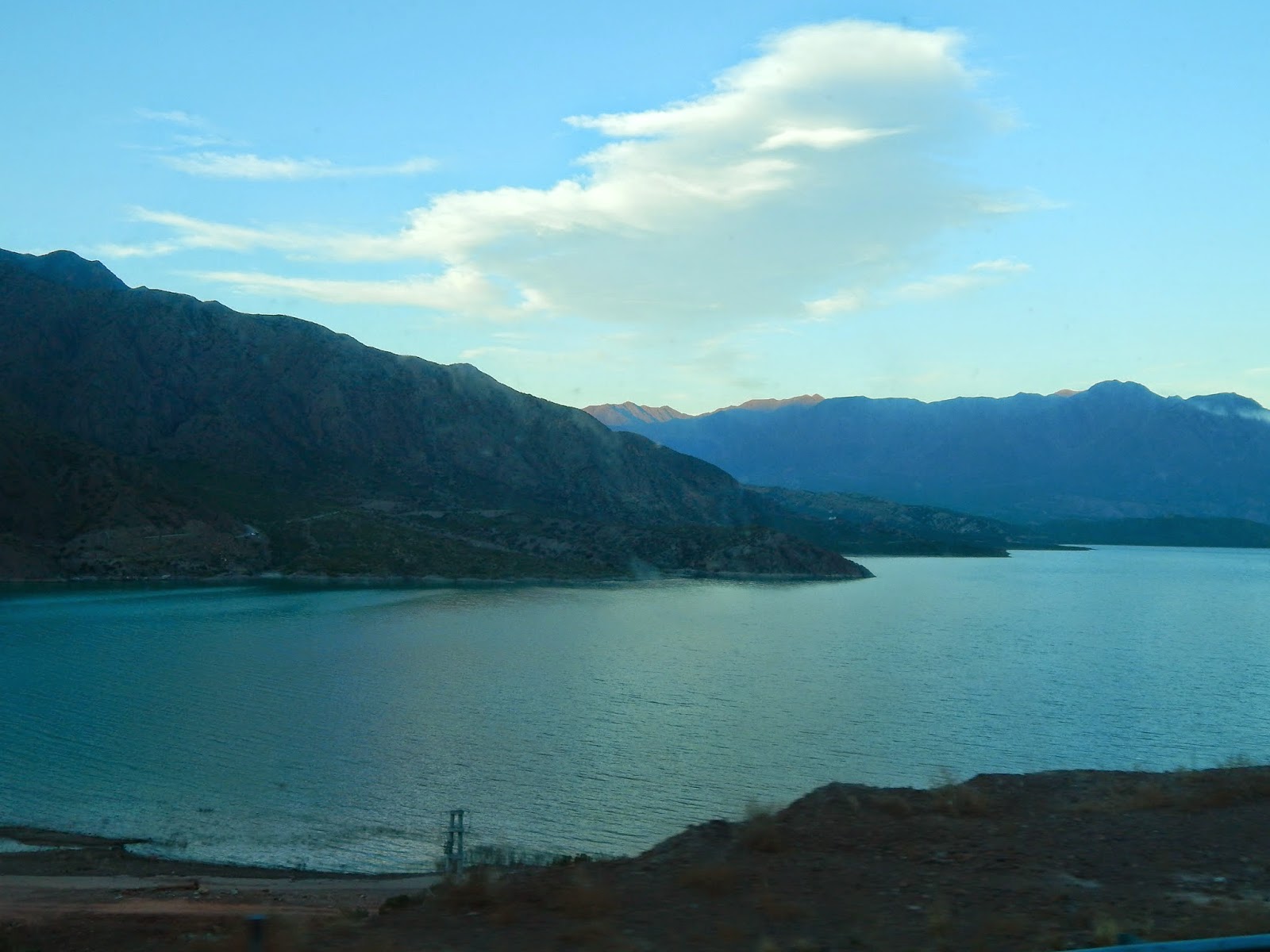 Two days later, we hesitantly made our way back to the bus station with our changed tickets in hand. We all breathed a sigh of relief when the bus took off from the station, heading North, then East, through the Andes. The drive was surprisingly spectacular. We wound our way up through the snowy pass and caught a glimpse of Acongagua, the tallest mountain in South America with the help of GPS on our mobile devices. Though we had ascended as near to the Heavens as roads could take us, the border crossing was nothing short of Hell. It took three hours of standing around or squished in the hot bus for every passenger to exit and enter the two countries. All of our luggage was unloaded and our handbags were searched manually.

Once on our way, the rest of the drive was just as lovely as the Chilean side, but less snowy and more bad-landsy. Red cliffs gave way to winding blue rivers, which flattened to a desert plateau. We pulled into Mendoza an hour late, found our hostel, and enjoyed a delicious steak dinner with K&J and two new friends, Amanda and Ryan, Quasi-Calgarians we met on the bus. Good food and great company was the perfect end to a stressful day.
Posted by Craig & Erin at 3:30 PM