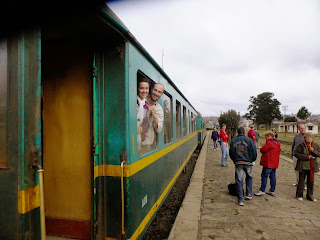 Disclaimer: Sadly this post is not about our adventures with a haunted train.

We left Ranomafana in the white car we had come to know so well with Ritza at the wheel, dressed to the nines for the trip to the second largest city in Madagascar, Fianarostoa (Fianar for short). The city was bustling but not the horrid traffic nightmare that is Tana, as Fianar is a city of only 120,000 or so. 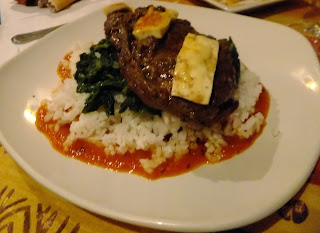 We had a relaxing day focused on enjoying the culinary delights of Madagascar; Caramel Duck Confit, Duck in a Vanilla Sauce, etc. We went to Fianar in order to take the train down to the coast, a journey we were told by Lonely Planet would be 7-12 hours. So the next morning we arrived at 6:30 for our 7am train to find a station packed with people. By 7:40 we were finally being allowed onto the train, the only problem was that we did not have an engine. By 9:30 we were on our way. 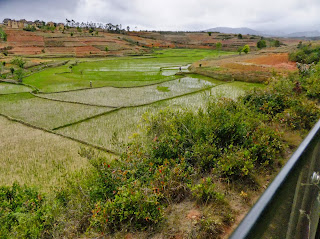 We quickly left the behind any roads and passed though remote hills and towns. We were given a lot of time to enjoy the towns as each stop to load and unload cargo took 1 hour; stops tended to be about 10-50 minutes apart. The scenery was beautiful, but the seats were cramped. and often all we could see was trees or rock passing by a few feet from the window. As the sun set as we approached the halfway mark we realized the journey would be more than the 12 hours we prepared ourselves for. 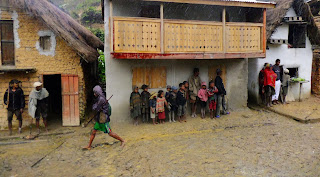 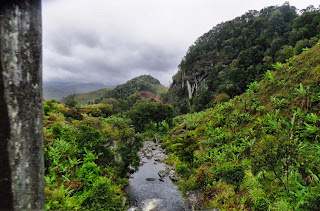 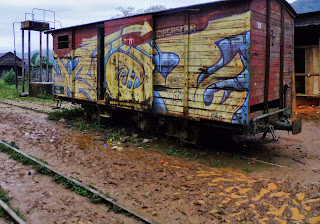 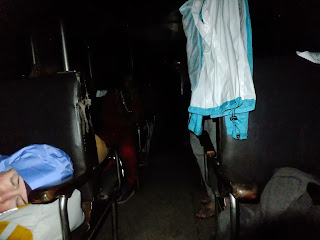 We eventually made it to Manakara at 12:50am over 18 hours after we arrived at the Fianar train station. After an eerie pousse-pousse (Rickshaw) ride through a dark sleeping city, we arrived and had dinner at 1:30am and went to sleep.

After a mere four hours of sleep we awoke and resigned ourselves to the fact that we weren't going to get any more on their wafer-thin mattress. We enjoyed a leisurely breakfast and made the most of their free Wi-Fi before finding a moto-taxi to take us to the peninsula. 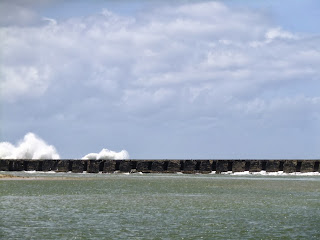 Delice Annex Hotel was located right across from the seawall. From the balcony of our second-floor bungalow we could see the top of the ocean come crashing in at full-speed, spraying water meters into the air. On our side of the giant wall was the river that led into the canals, constantly fuelled by the propelling waves.
We powered through for the rest of the day, refreshed from the sun and ocean air. We convinced the quaint canal-side restaurant to serve us dinner two hours earlier than normal so that we could be in bed by 7:30 for a much-needed sleep!
Posted by Craig & Erin at 9:22 AM