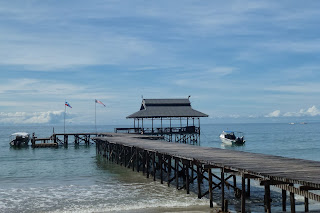 Diane arrived just before midnight to make Christmas Eve feel extra special! After a few hours of sleep we were off to Pulau Tiga, the island where the first 'Survivor' series was shot. We went for a quick swim, had lunch, and found some hammocks to relax in before deciding to tackle our first challenge: the mud volcano. The island was formed in 1895 when a mud volcano erupted, a mud volcano being a as far as we could tell, a pool of mud. 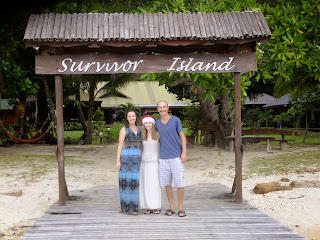 Our hike began and the rain followed as we climbed and descended a series of slippery hills to reach our goal. Once there, the rain was coming down with amazing force, but it could not sink us as we floated in the mud. It is difficult to describe the feeling of being incredibly buoyant; if you tried to push someone under you would be lifted out instead.

The rain had not relented, turning our trail into a thundering river. We hiked back barefoot, sinking our toes into the mud to try to help provide some grip as gravity, a lack of friction, and a strong current created an alliance designed to sweep us off our feet. None of us fell victim, and thanks to the rain, we ended our hike cleaner than when we started. Our reward was a lamb dinner overlooking the ocean. 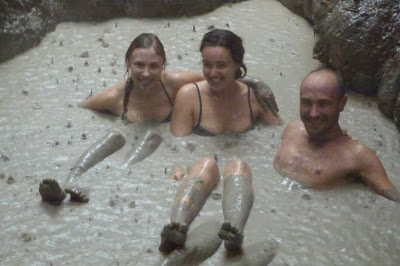 What will happen next on Survivor Christmas? 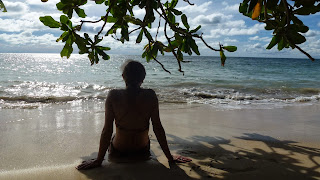