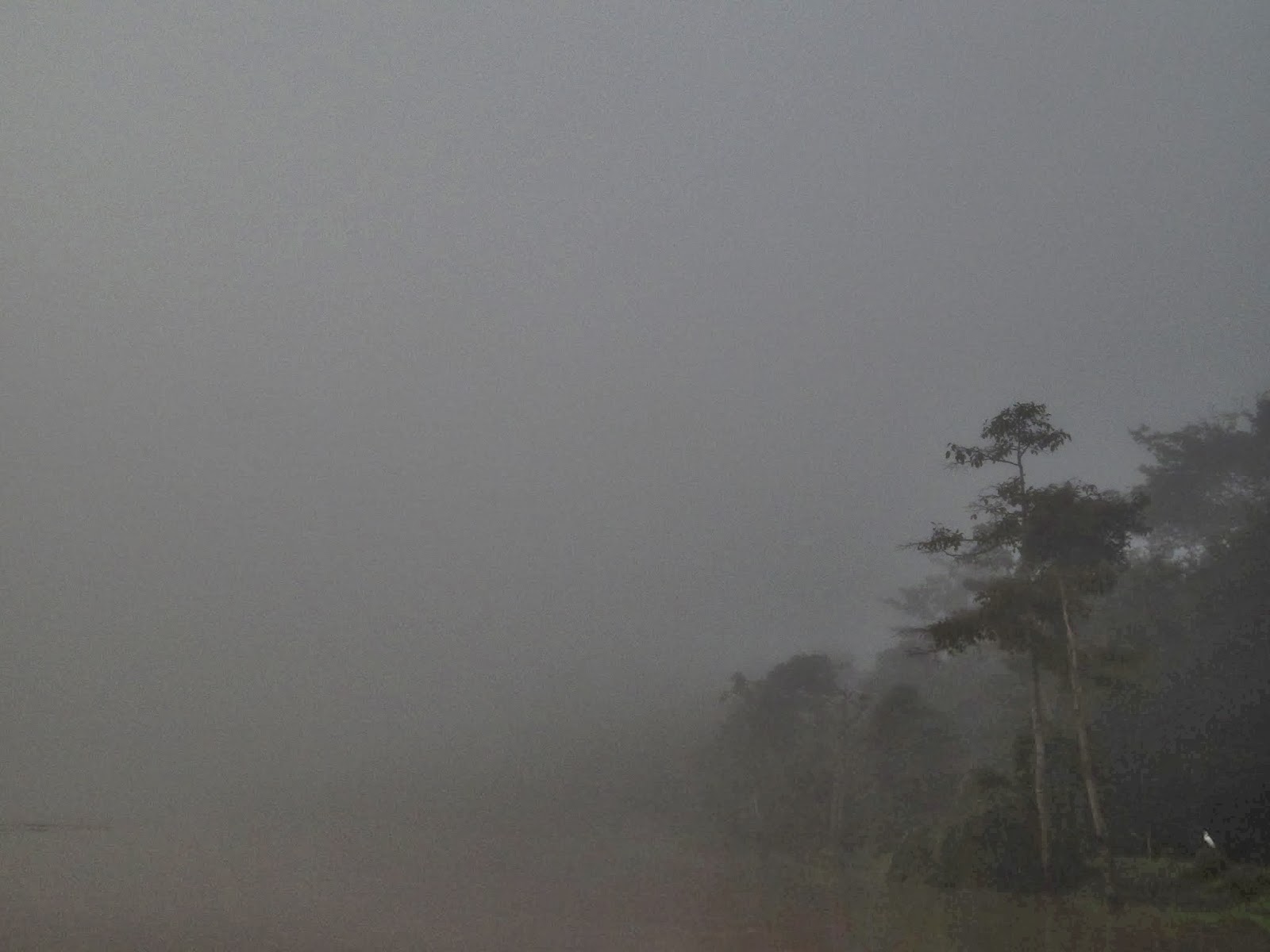 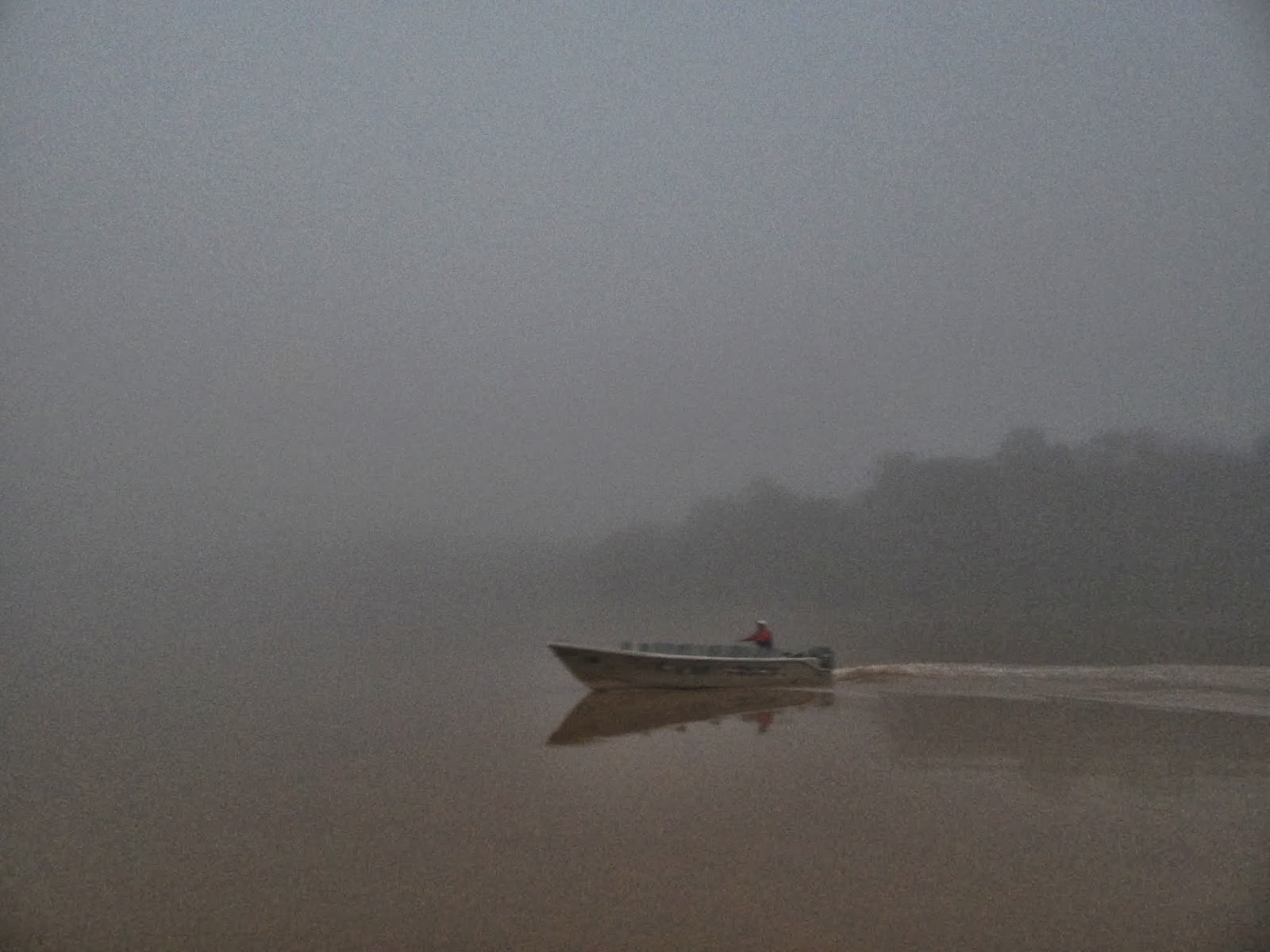 We awoke to a world with all detail removed; a dense mist had turned everything into a murky outline at best. Carefully making our way to the boat we were headed upriver by 6am. The jungle was even more striking and mysterious with the mist clinging to the water. The rainforests of Borneo are the oldest in the world, dating back 130 million years, and it was easy to feel as though we had been transported to another time as we hummed up the waters alone, the rays from an early morning sun struggling through twisted branches and layer after layer of fog. 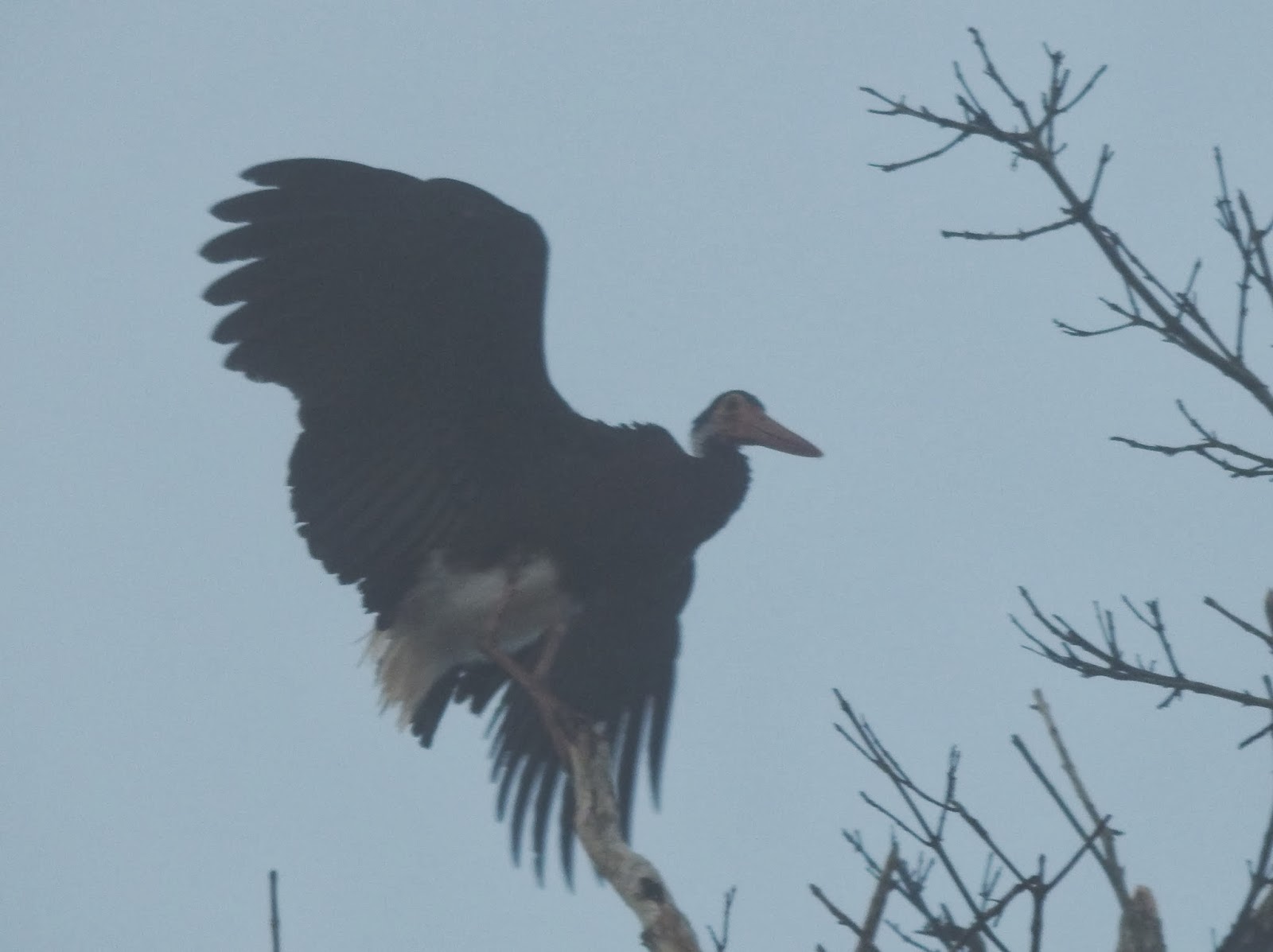 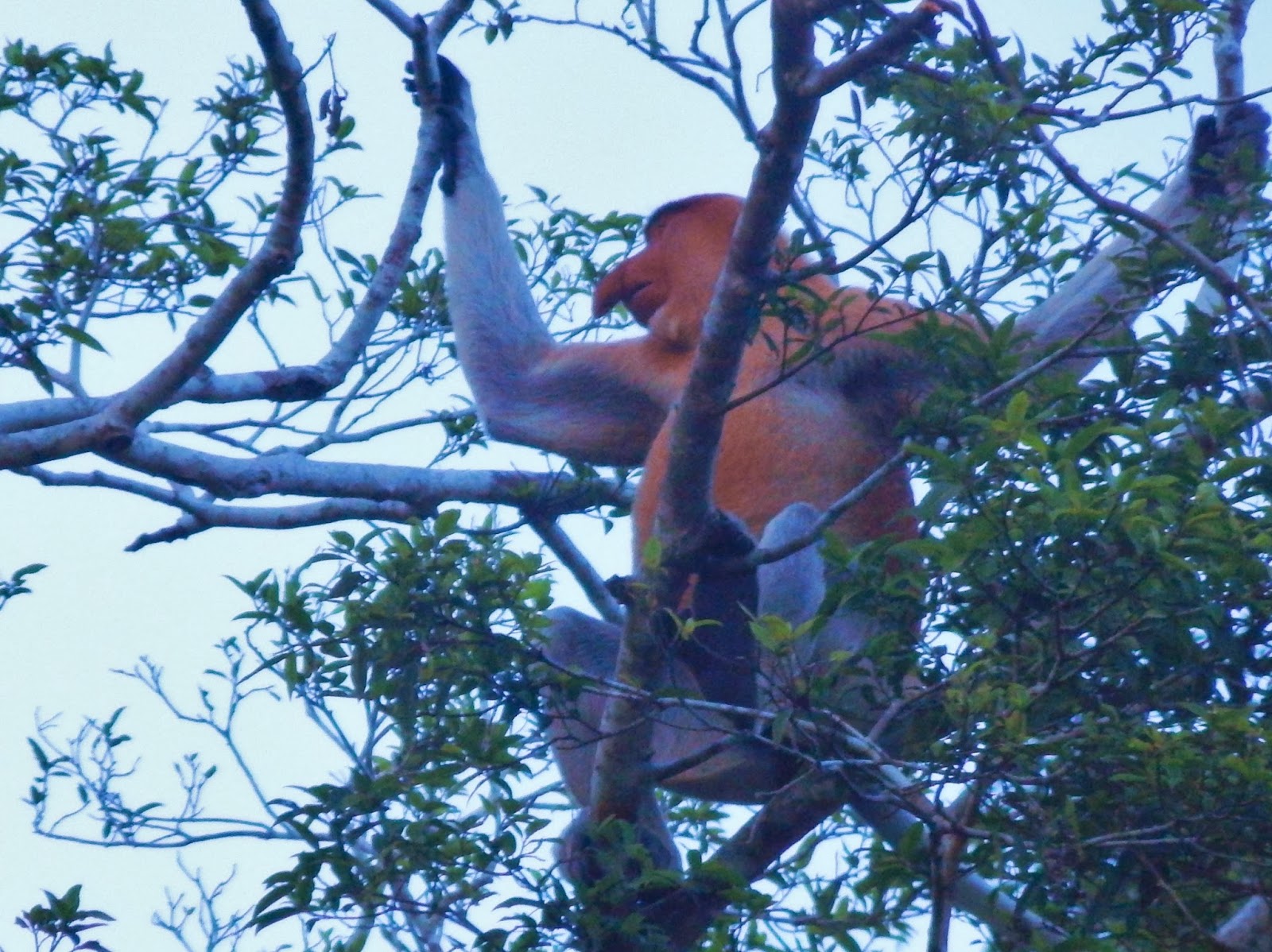 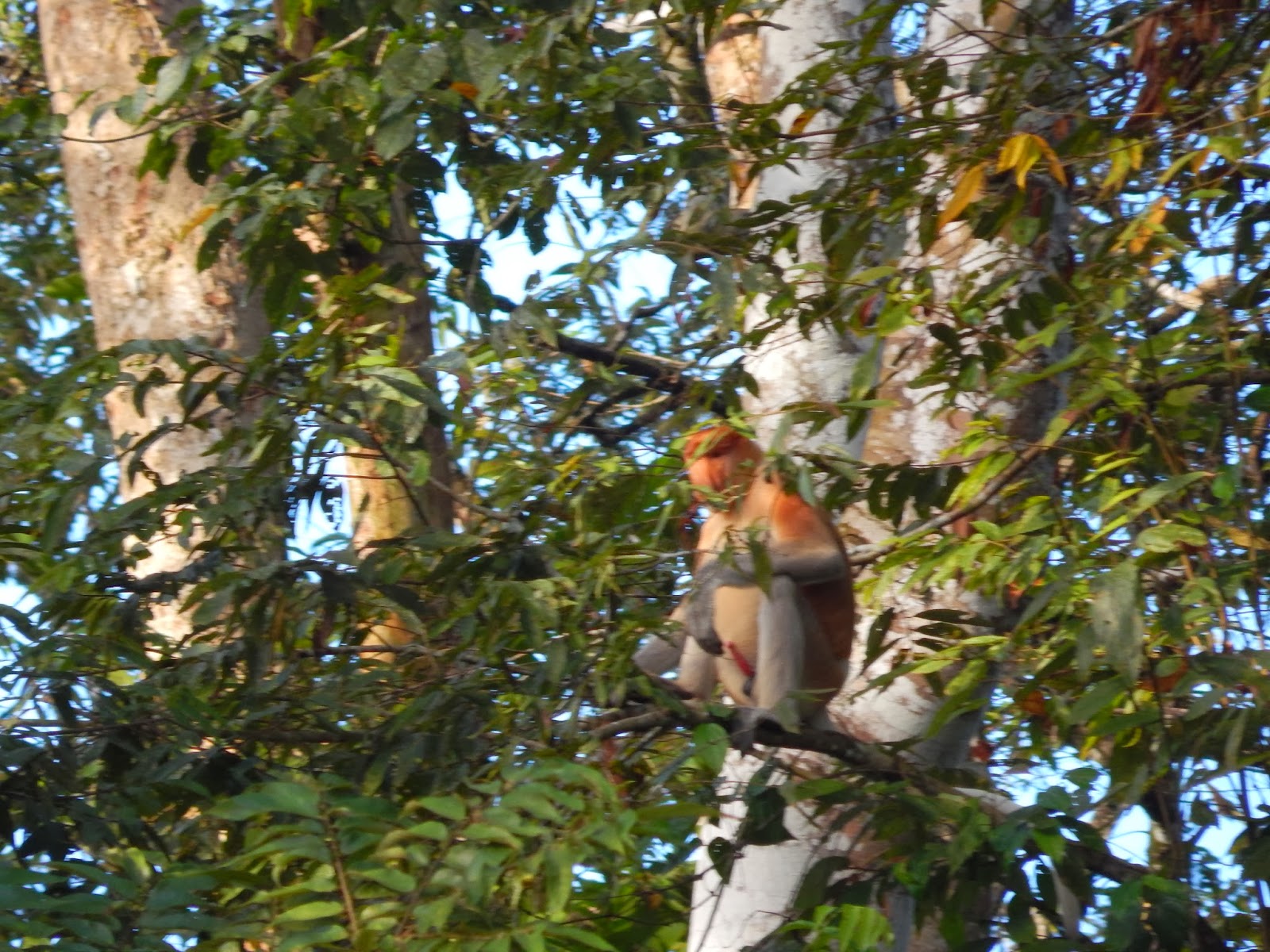 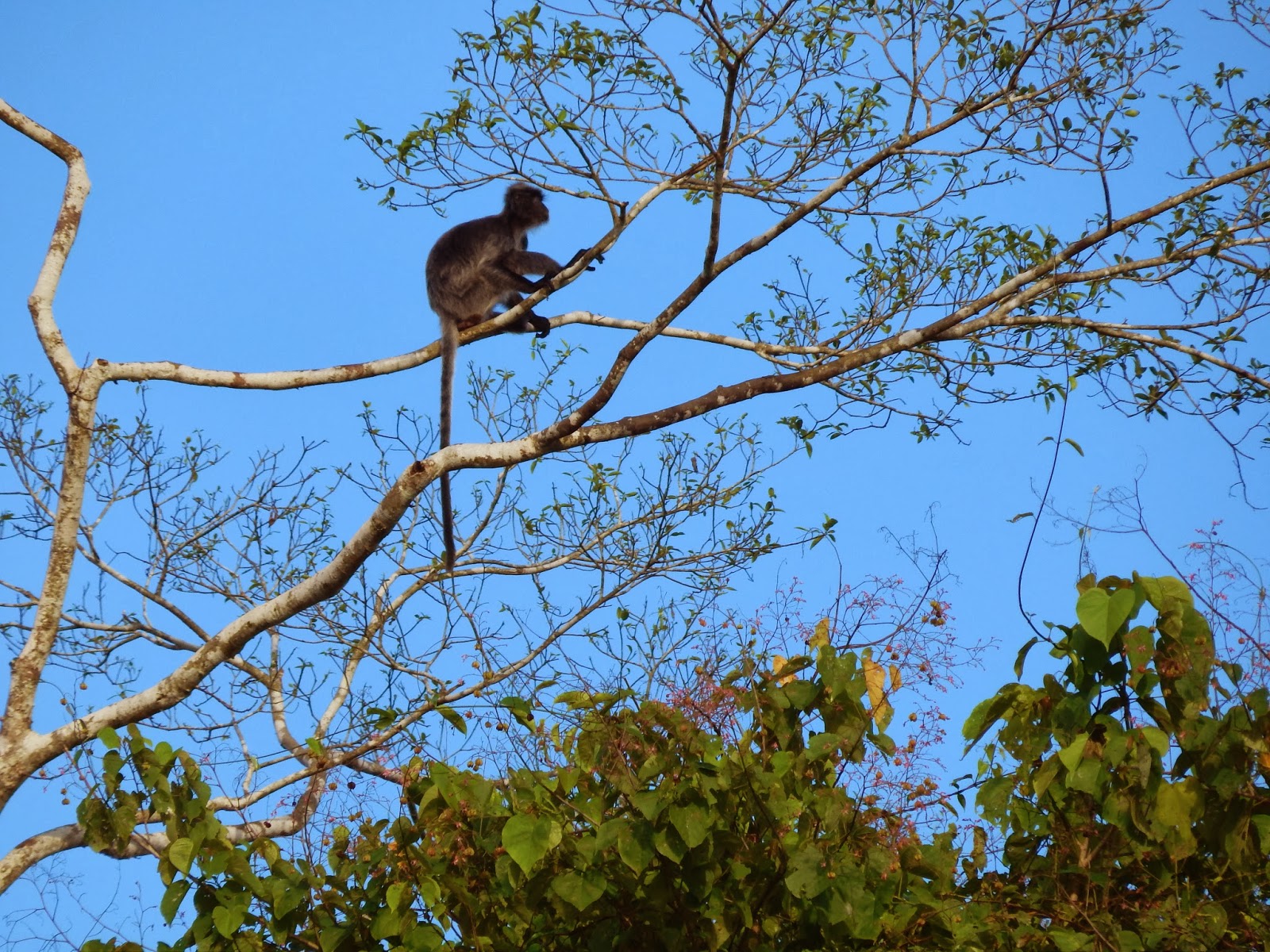 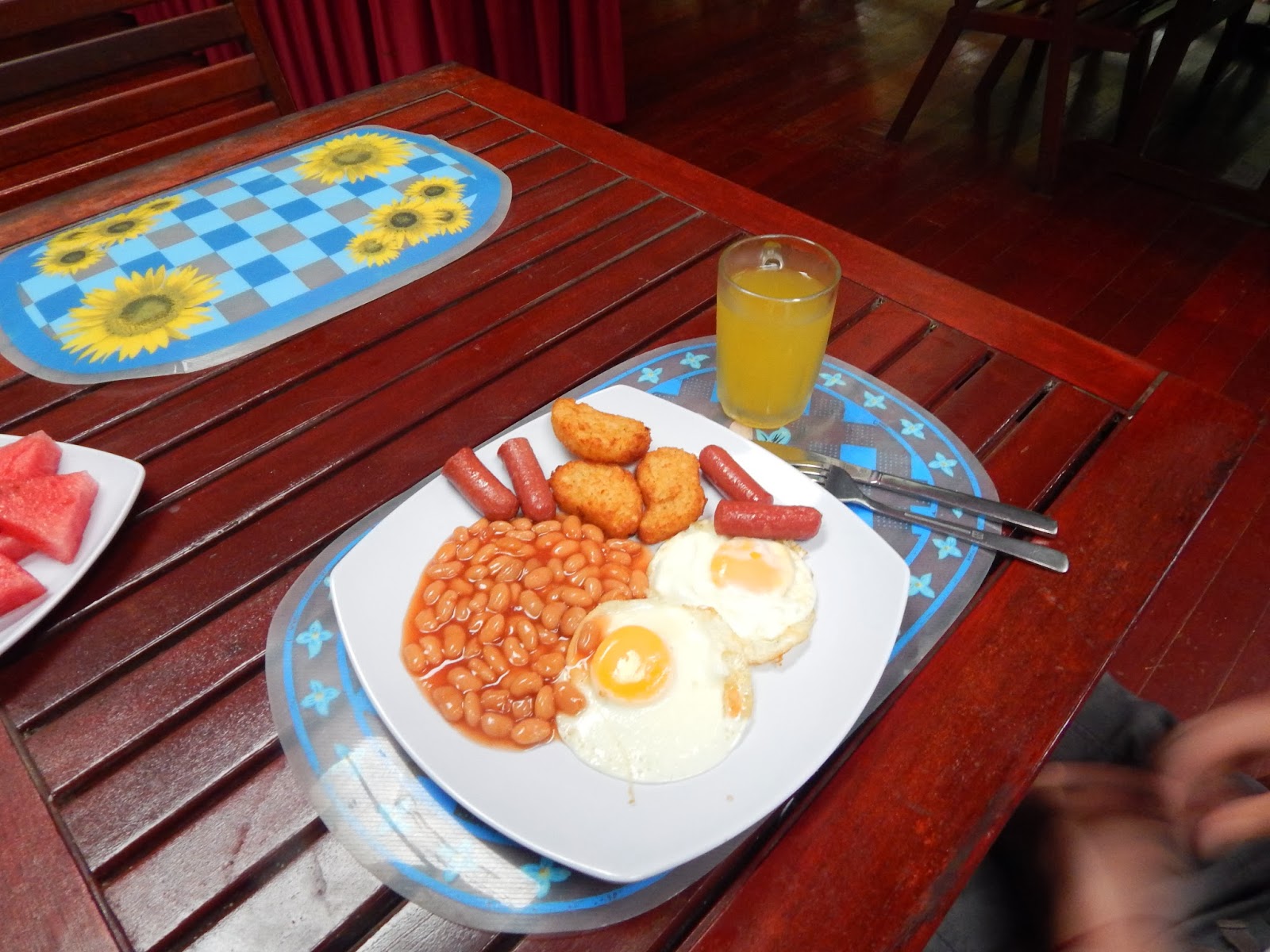 Breakfast provided a short break before it was off on a 3 hour jungle trek. Going deeper into the jungle meant that the mud got deeper, too. With not as much time to get Craig's "MacGyver'd" boots well constructed, it wasn't long before a tear had mud pouring in over his hiking boots. We didn't see much, but we saw more than promised. Arshad sold the hike as being long, hot, muddy and wet, and that we wouldn't see anything except for lots and lots of leeches. 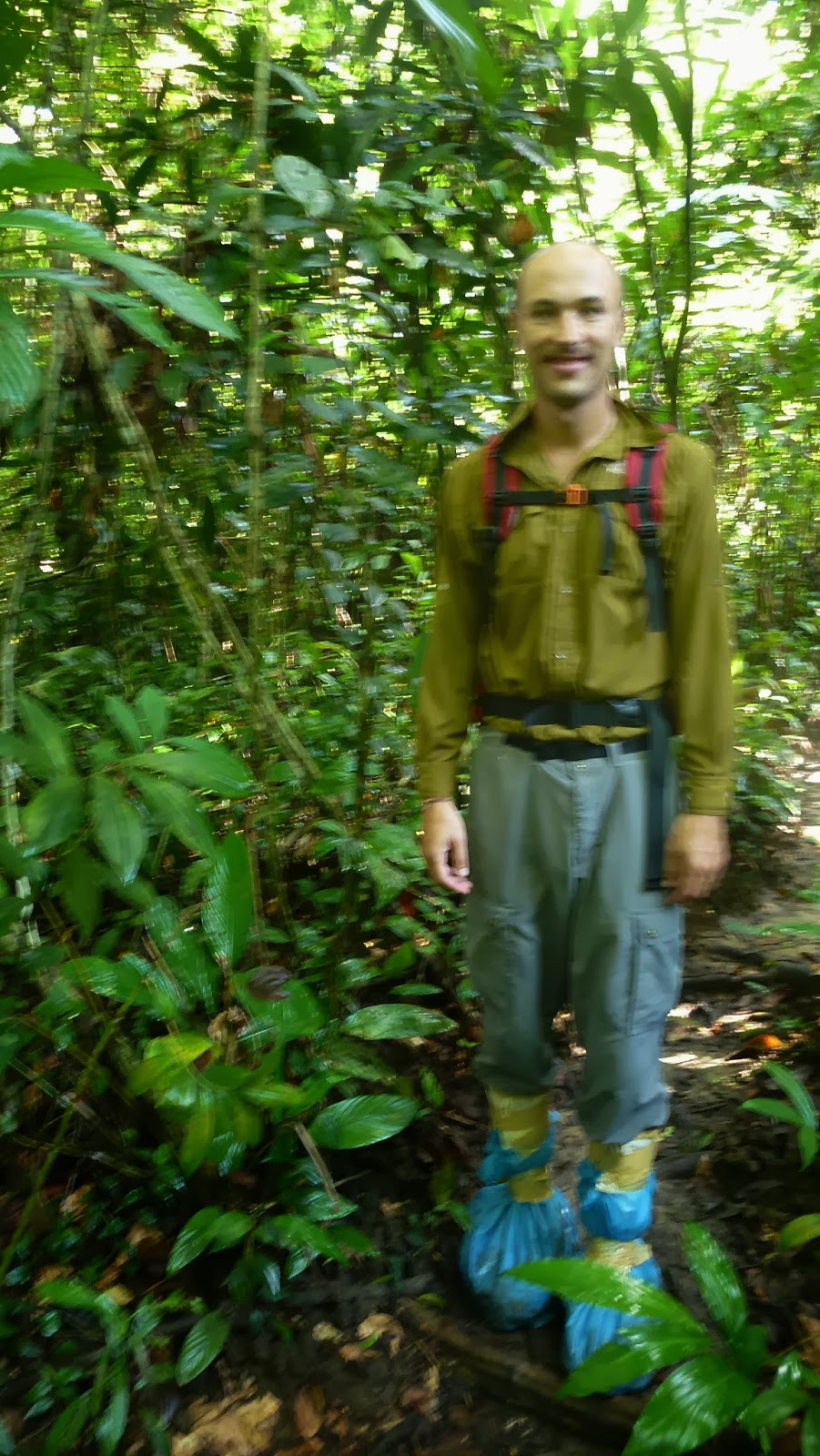 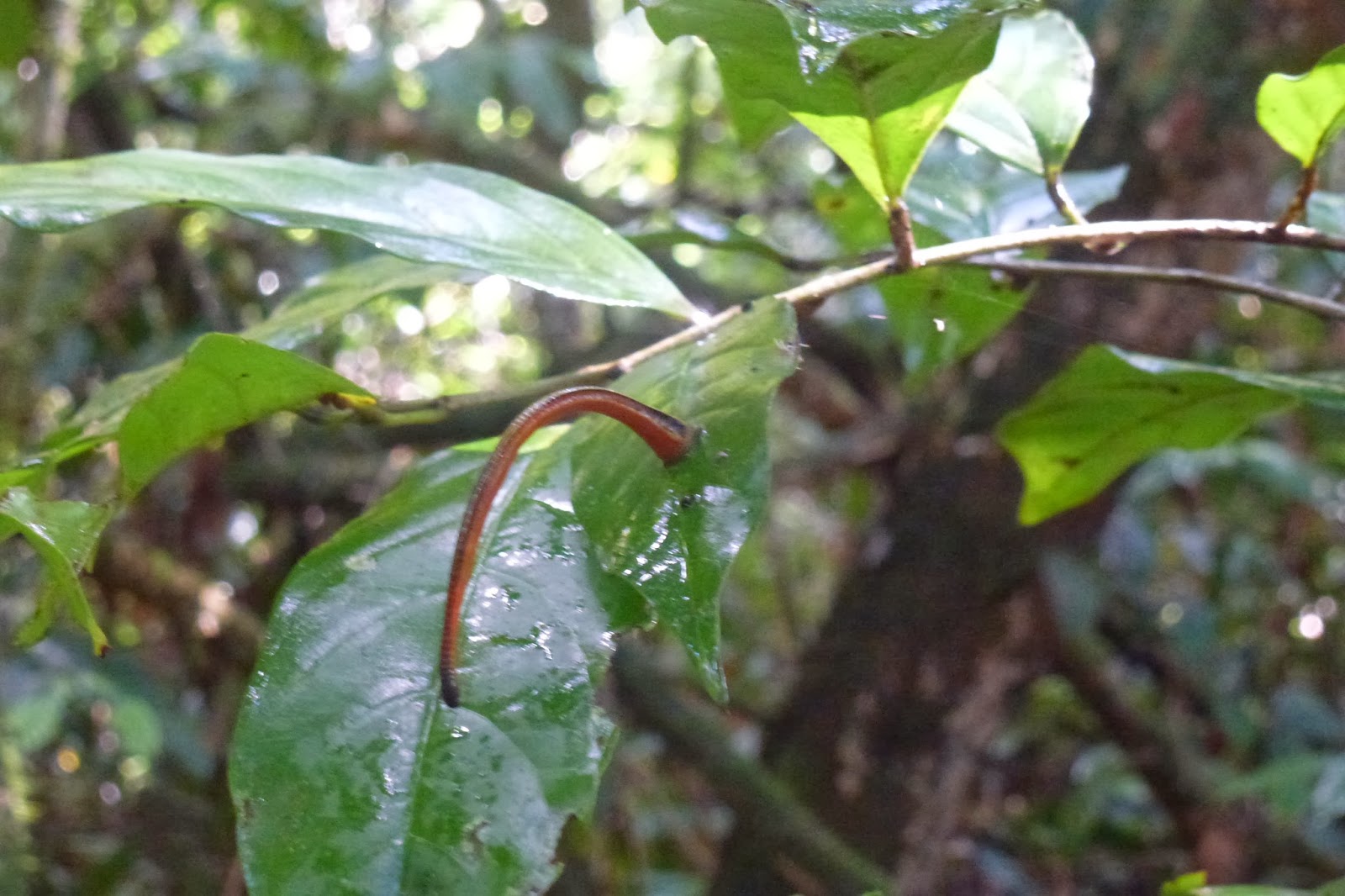 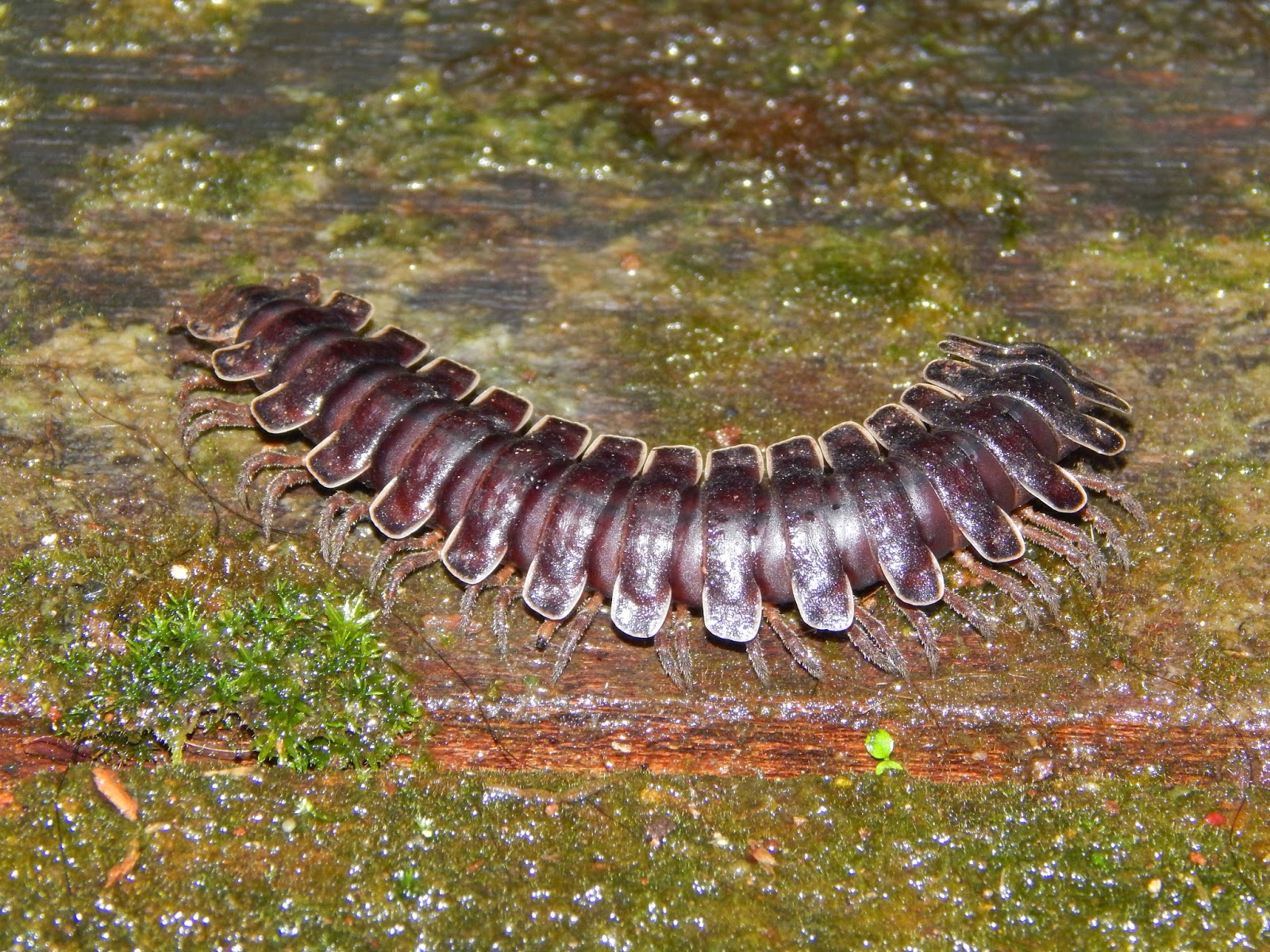 We saw a millipede that we had also seen in Sepilok, but Arshad showed us something new about it. He took he machete and using the dull side, pressed it against the millipede's back moving down along its figurative spine. The result was similar to cutting into a particularly juicy plump orange, a clear liquid shot out several feet. Arshad then told us that this poisonous liquid is its defence mechanism, though not deadly, it would leave us very puffed up should we come in contact with it. We added another hornbill to our list making the total 5 of the 8 species found in Borneo. Craig won the leech challenge finding over 20 of them on him, but Diane became pretty confident in flicking them off of herself and nearby hikers by the end of the hike. 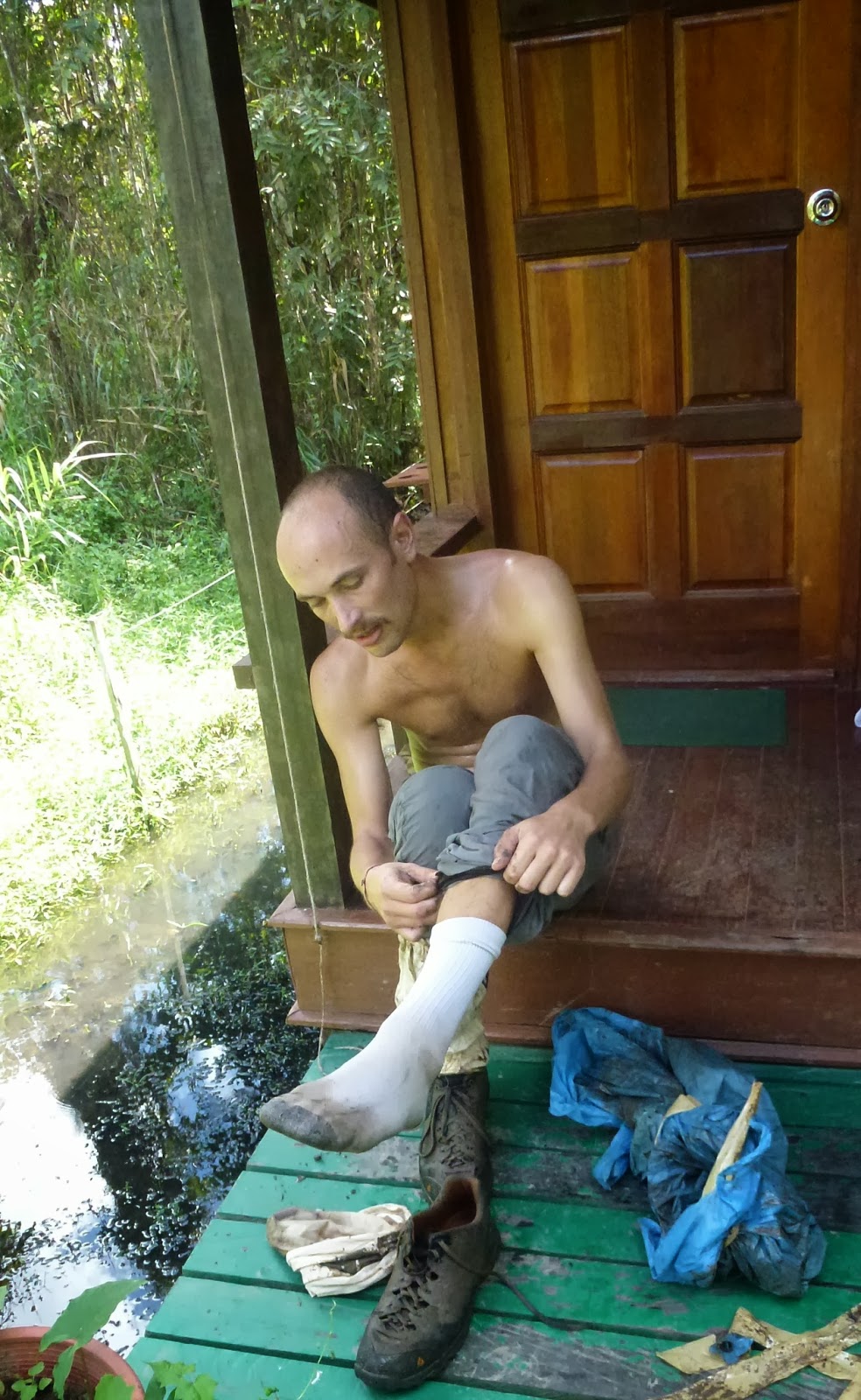 By the time we had reached the turn around point, a lake that sometimes has plentiful bird life, it didn't for us, Craig was soaked with mud from the knee down and had sweat more than he ever had in his life. The hike back was slightly faster as everyone was no doubt dreaming of a cold shower and a nice lunch. 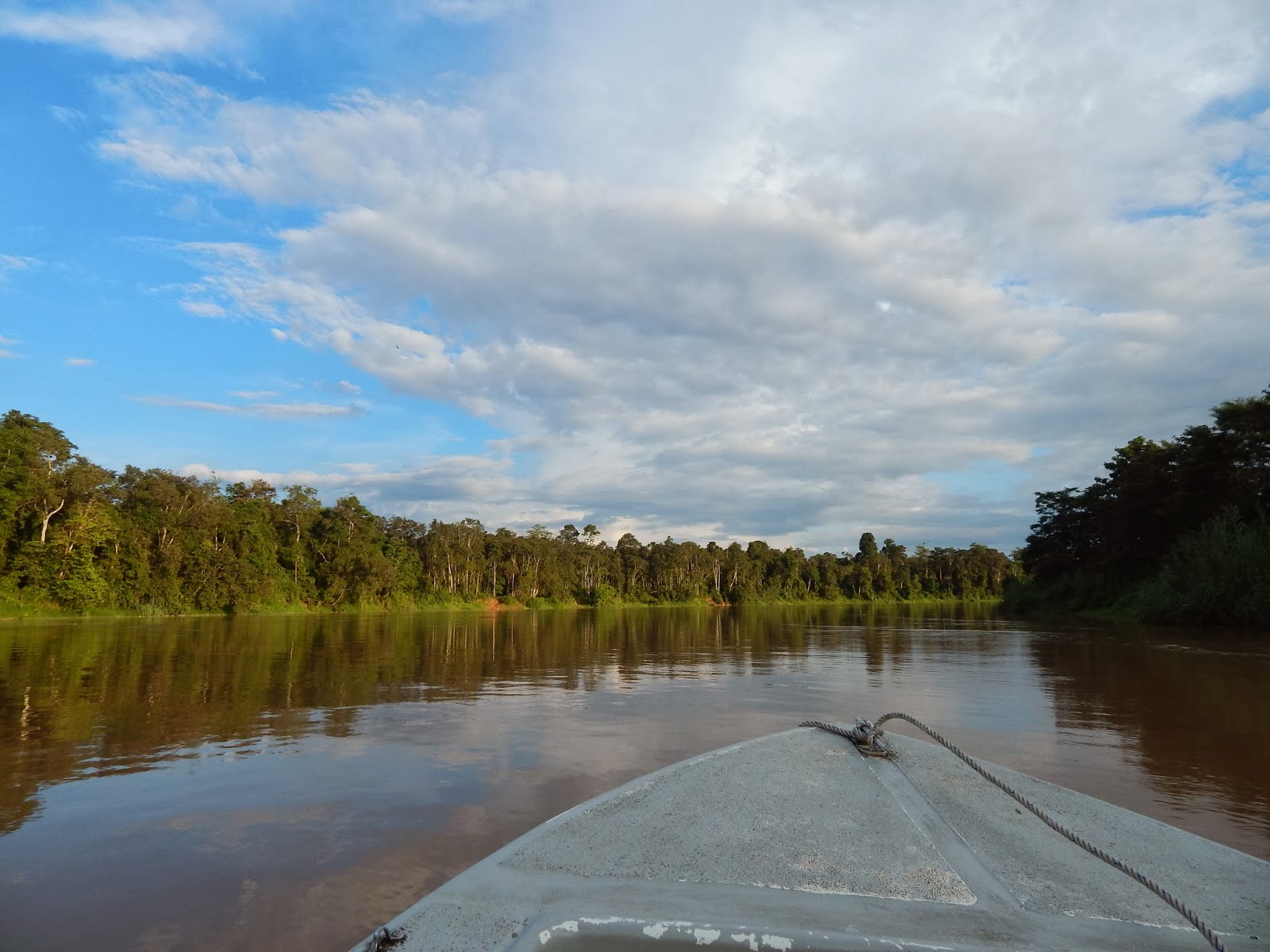 The afternoon was relaxing as we tried to find the coolest place to while away the hottest hours of the day before our afternoon cruise. We were to sneak down to the docks to leave 15 minutes early as the pygmy elephants found in Kinabatangan were last seen very far upriver, and our plan was to go as far as Arshad could allowably go before we had to turn back lest we run out of fuel and have to drift back in the darkness. Sadly we didn't see the world's smallest elephants but we got great views of Proboscis monkeys and others, as well as a broadbill, a rare stork, many herons, several different eagles and hawk species and multiple brightly coloured kingfishers. 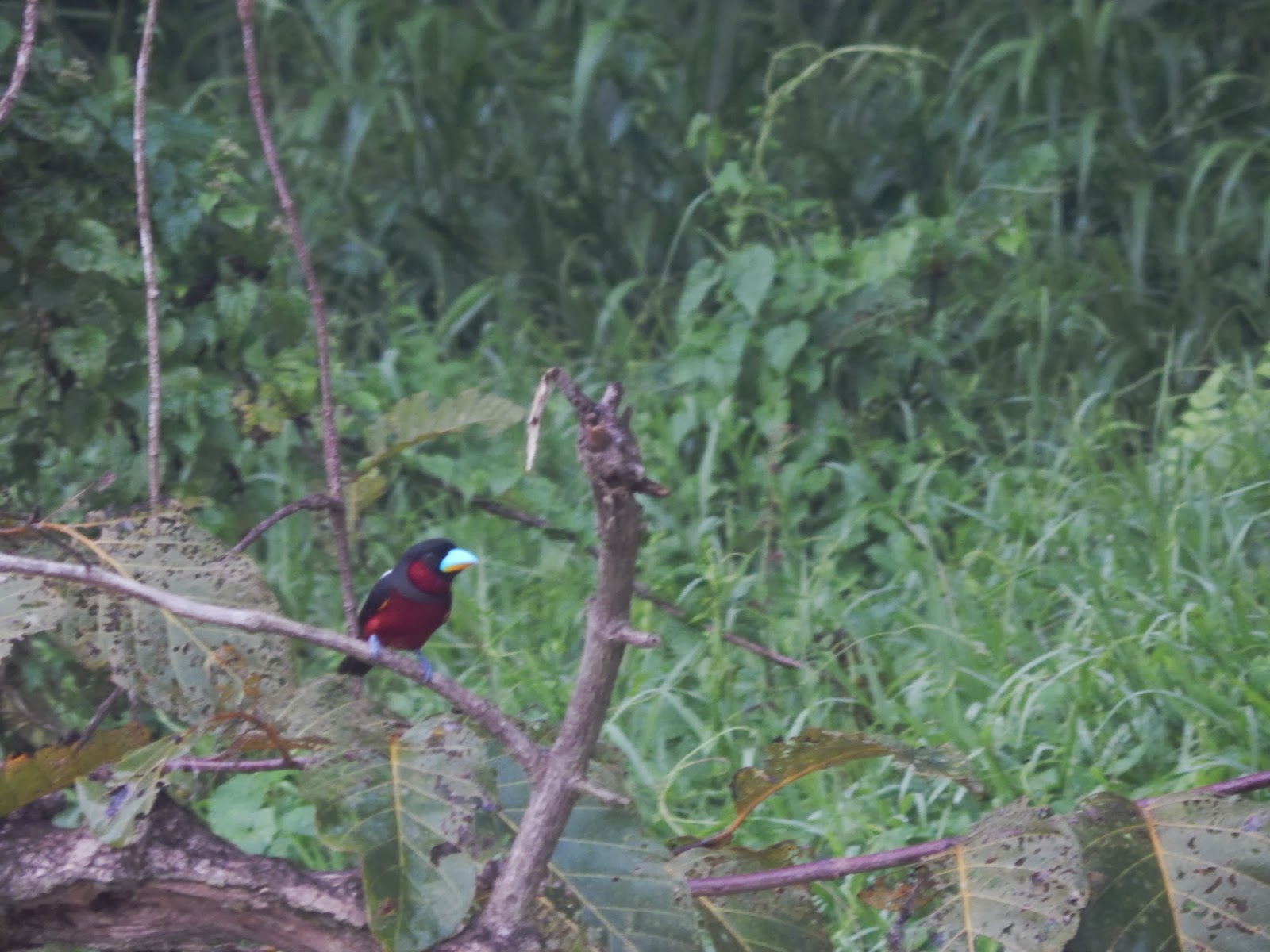 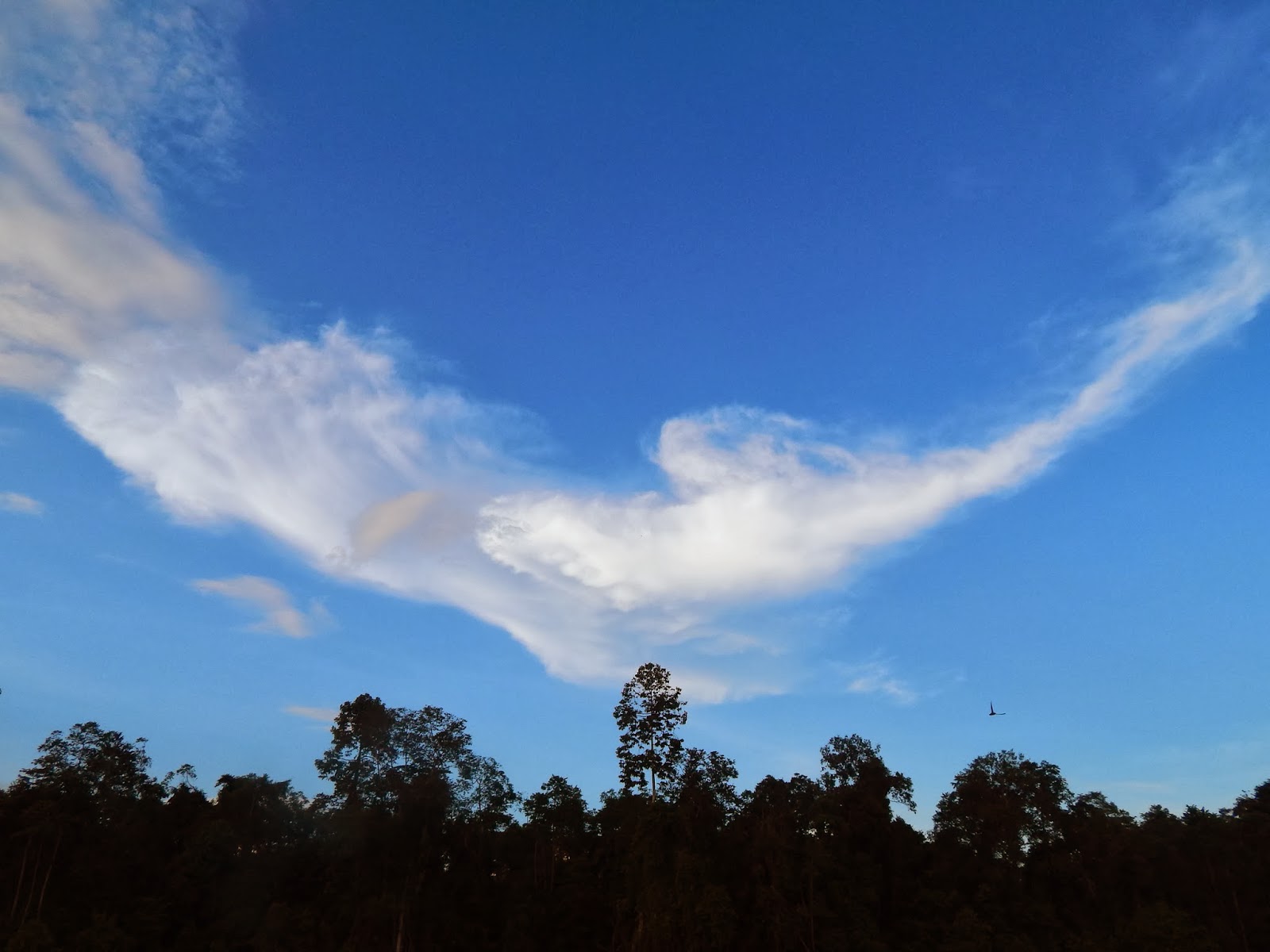 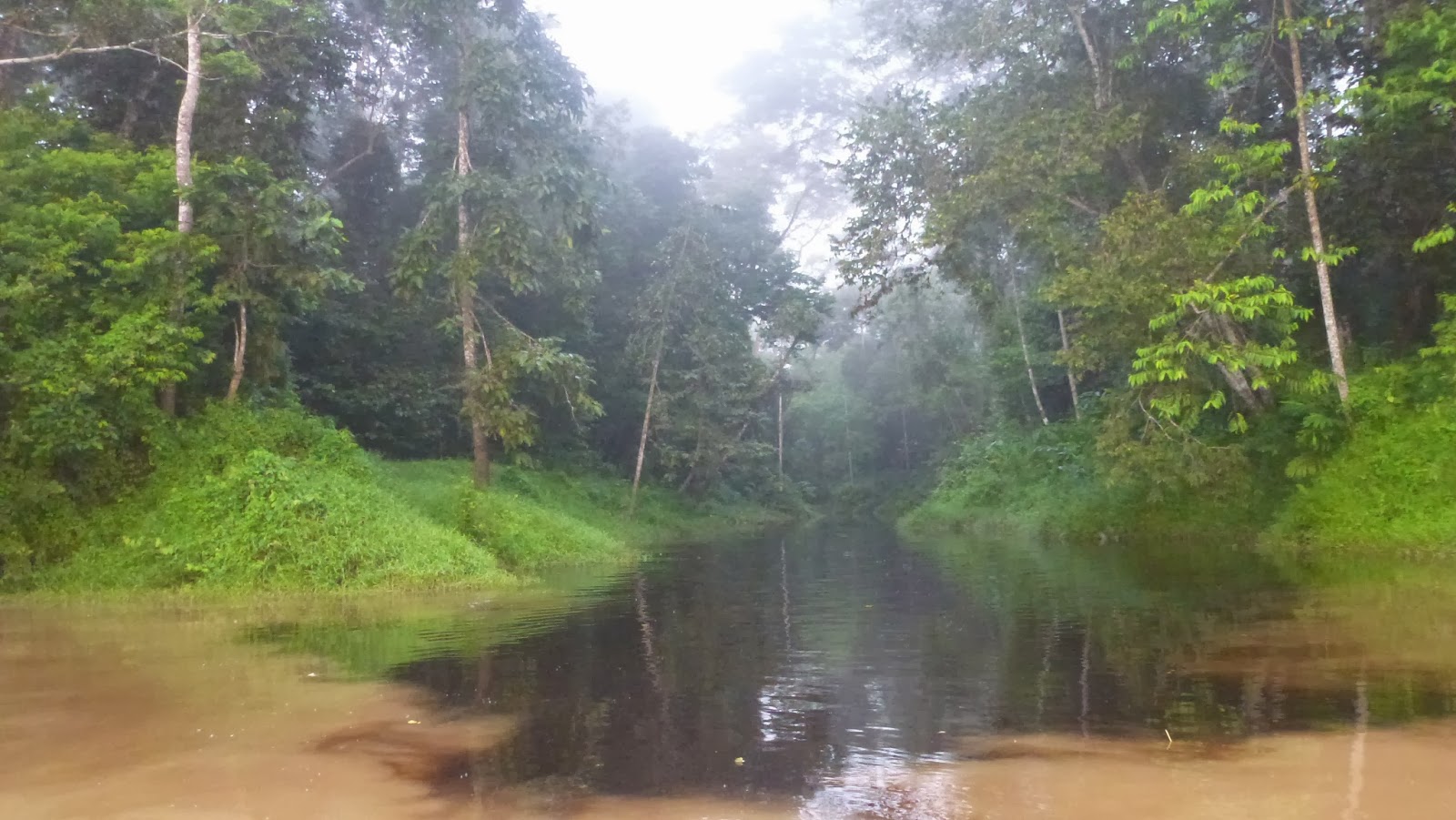 We had another great cruise the following morning before departing to bus back to Sandakan to fly to KK. 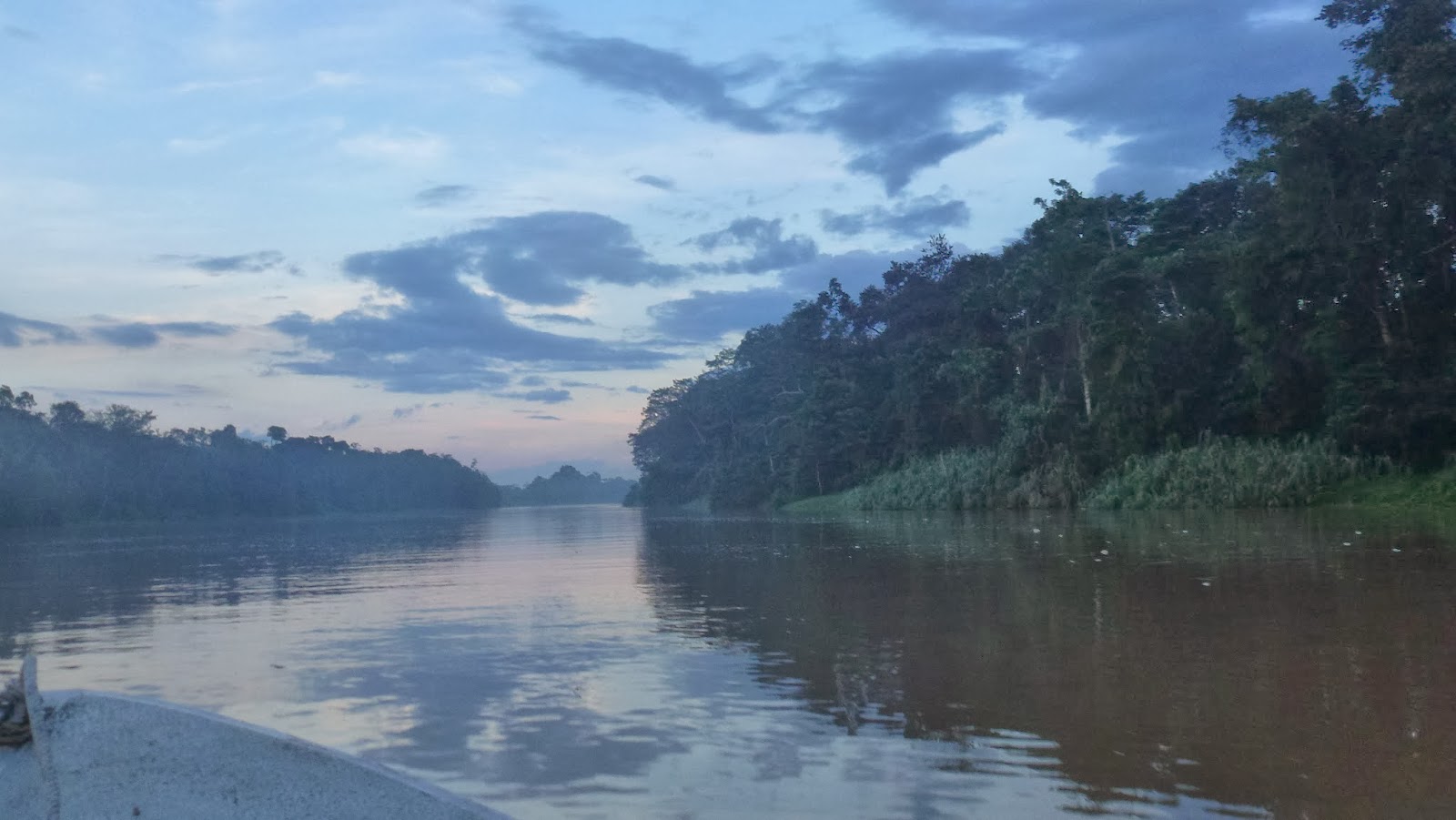