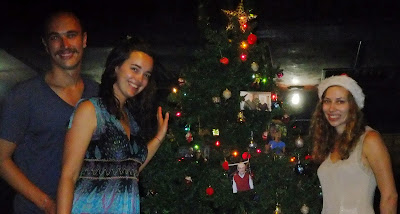 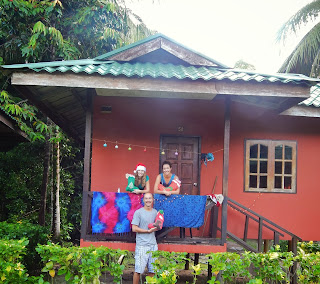 On Christmas morning we awoke to the sounds of nature: monkeys moaning from our rooftop, hornbills clattering in the trees, and monitor lizards crunching their way through the dead leaves beneath our stilted hut. We were overwhelmed by the presents we had waiting for us, including stockings to open on our front porch overlooking the jungle. We took our time, and marvelled at simple gifts such as sunscreen, wooden airplanes, and new underwear. It was a generous mix of things needed and fun surprises sent by family and friends. 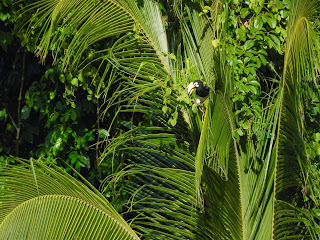 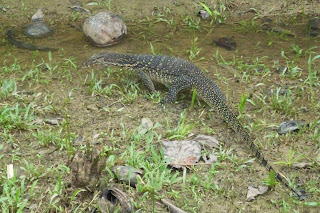 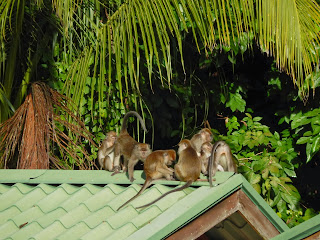 There was a joyous air in the lodge's open-air cafeteria with Christmas music playing and their tree lit up and decorated. The guests were few, so it still felt like an intimate gathering, and being on a remote island felt like a special Christmas treat. 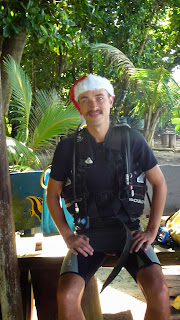 Craig and Diane decided to go out diving for the morning and they enjoyed some colourful coral and a few tiny lionfish(?) but the visability left something to be desired. Diane as an experienced driver kept an eye out for Craig to make sure he didn't get lost.

In the afternoon, we walked along the shore to reach a sandy spot for swimming. We held new Survivor Challenges such as who could stay on one foot crouched in the surf the longest (Diane), who could crab walk the fastest up the beach (Craig), and who could pick the fastest hermit crab to make it over the finish line (this one was a  little contested because Diane's crab didn't REALLY go over the finish line, but it was the fastest to come out of its shell and actually go anywhere, so she can have it).

For sunset, we sat out on the dock and watched the rain storms roll in and out. We discovered how fun the pictures looked with the Christmas lights we'd taken with us, so we spent a good while inventing different designs. Erin was reminded of playing with sparklers like that when she was younger. 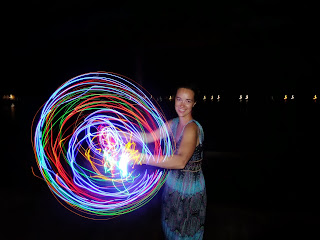 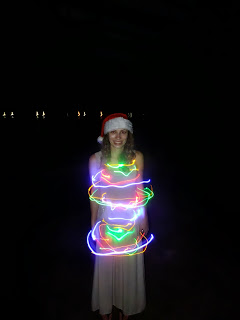 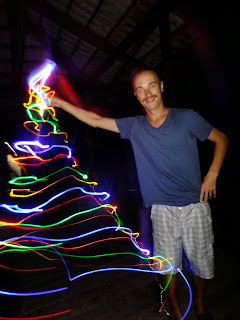 All in all, it was a very special day, and we were so thankful to have Diane with us to be surrounded by family! 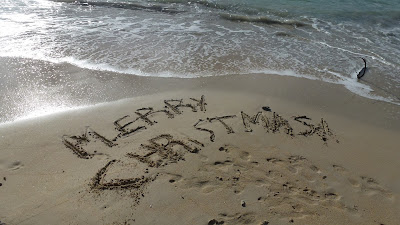