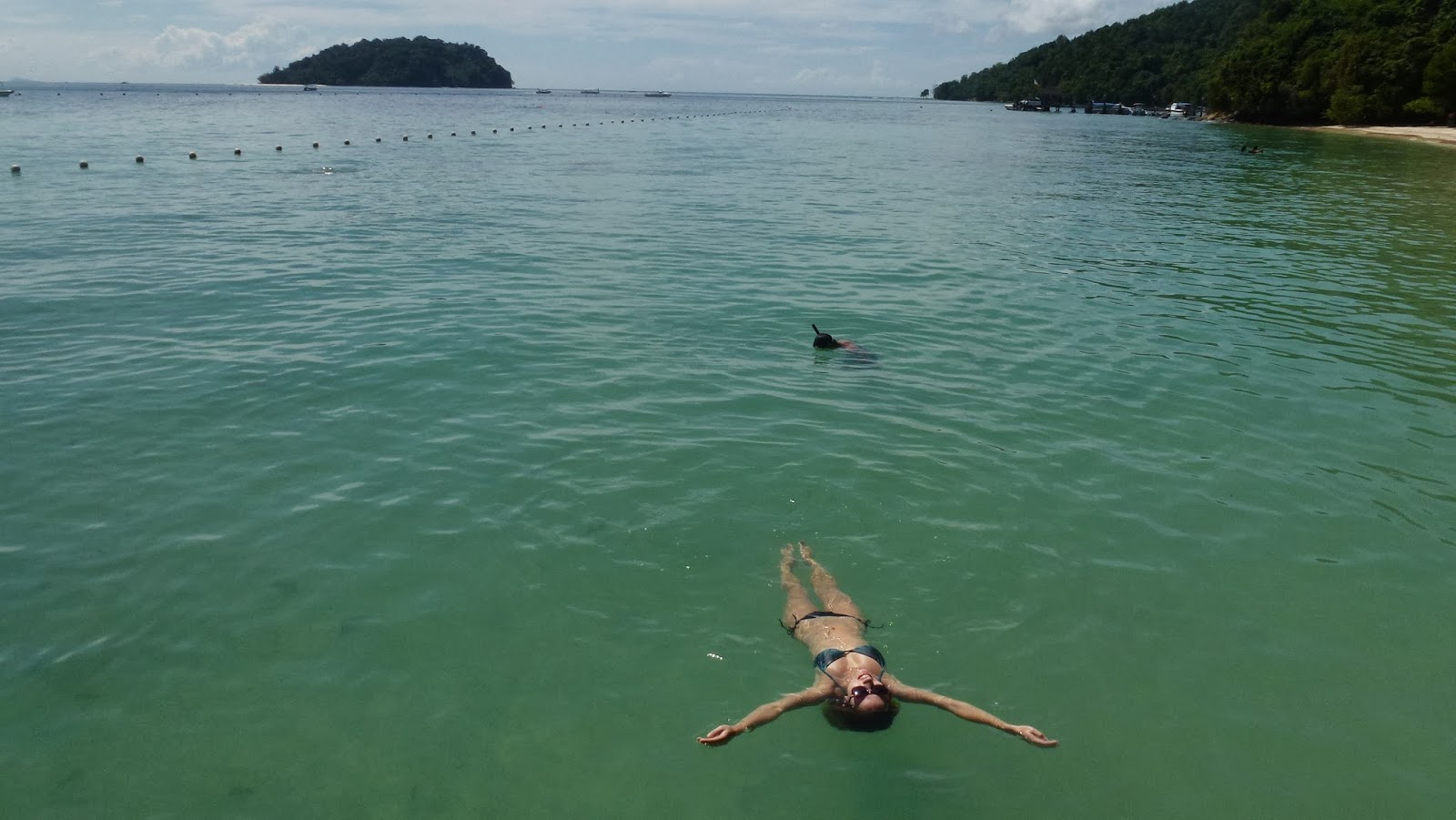 For our first full day back in Kota Kinabalu, we decided to check out the coastal islands that make up the marine park. We chose Manukan because we'd heard it was less busy than others. That was reasonably true, as we got a look at Sapi on our way out and it was crowded. We were able to find a little patch of beach to ourselves under a tree, and spent the day in and out of the water.


We discovered that Diane had the remarkable ability to predict the weather the day before, down to the hour that it would rain, thus, we made it back to the jetty just as it was starting to come down. We quickly found a table at the covered patio restaurant in order to enjoy the view of the rain pounding down on the harbour. 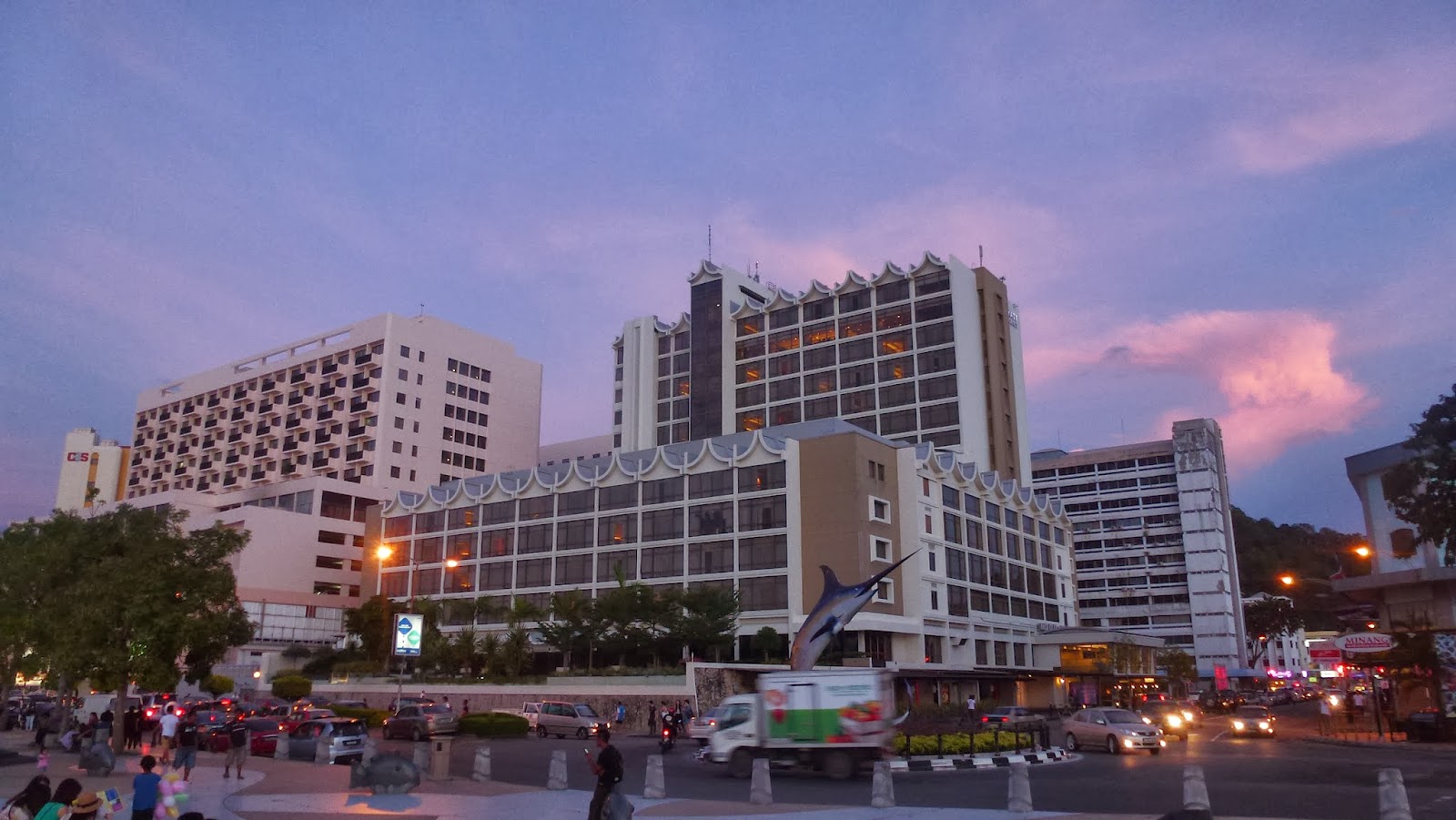 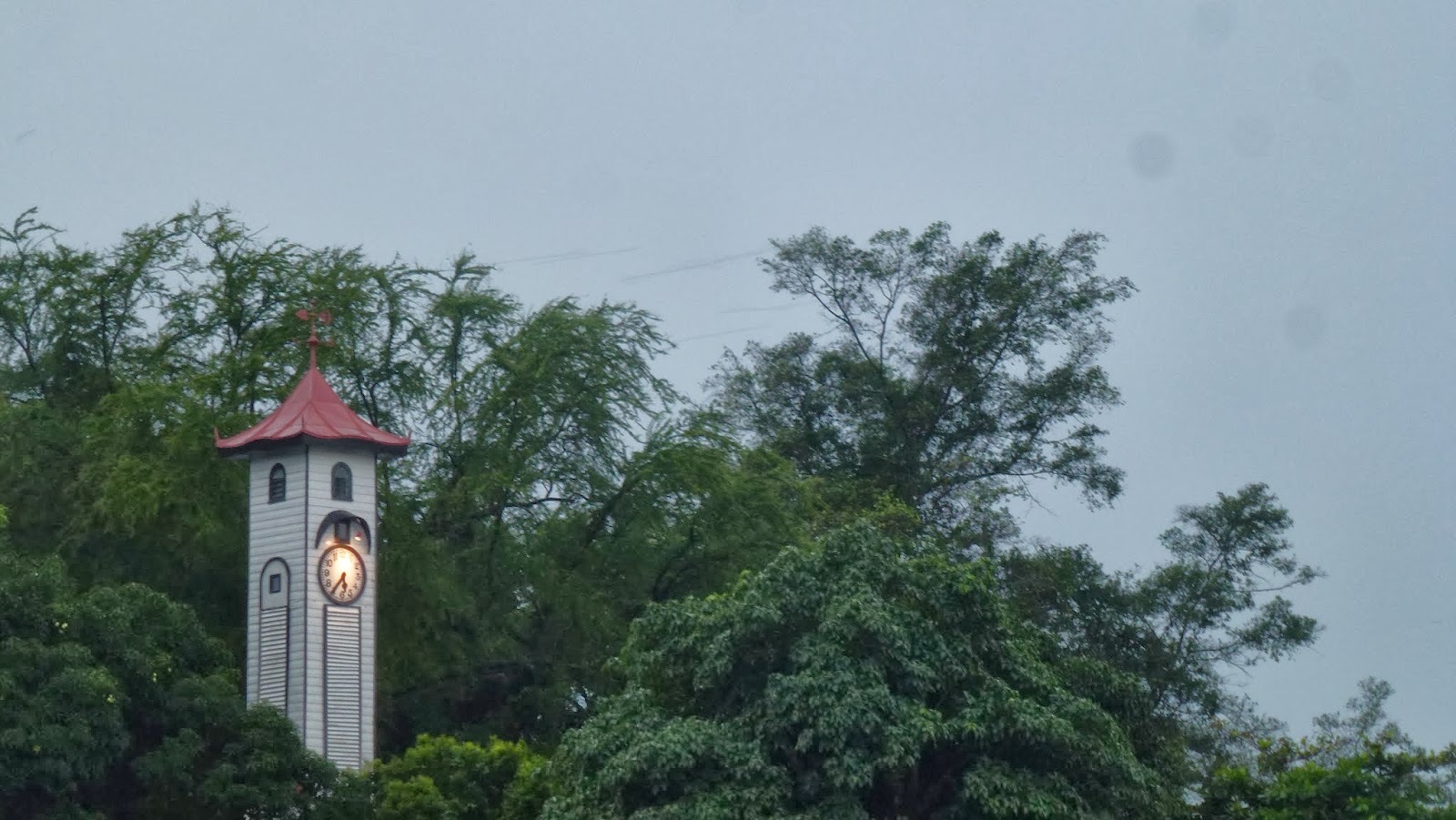 When we headed back to our hostel to rest for a few hours, the owner, Lucy, invited us to share a New Year's feast with her that evening. The whole hostel gathered to celebrate. We all chipped in, and it had a great family feel! When watermelon was served as dessert, Lucy's friends showed us how locals use watermelon rind as a refreshing facial. Sceptical, Erin gave it a try! 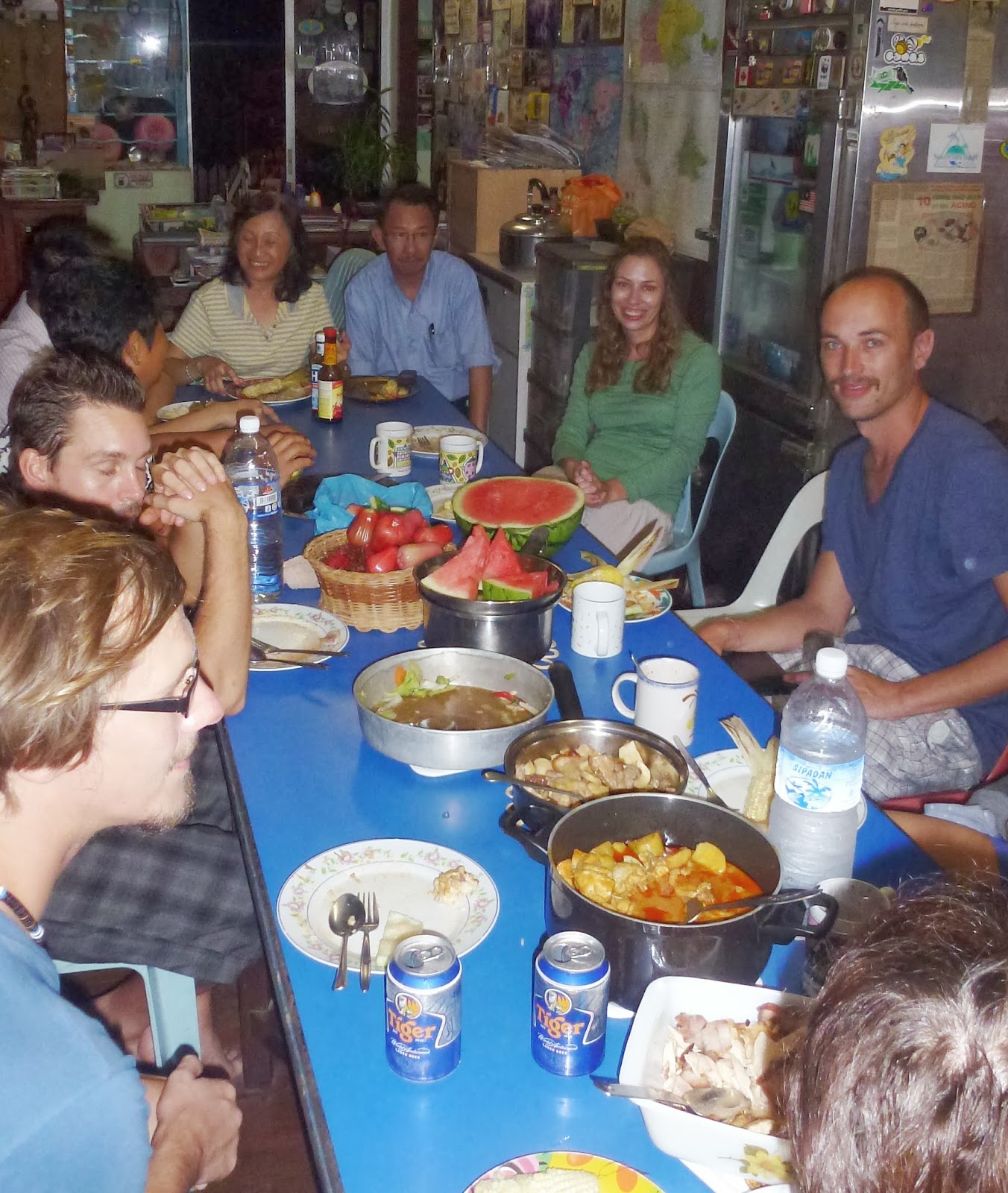 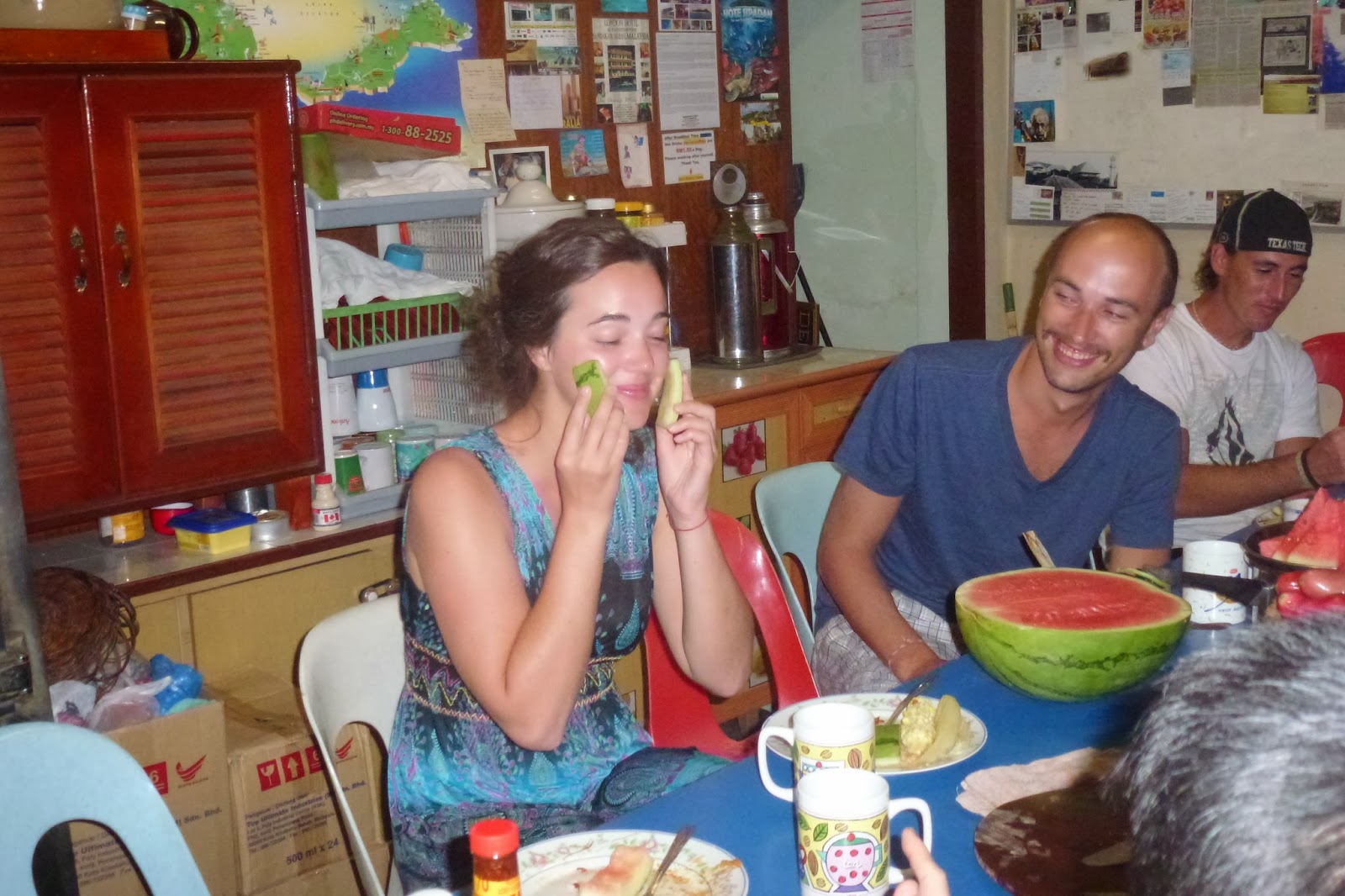 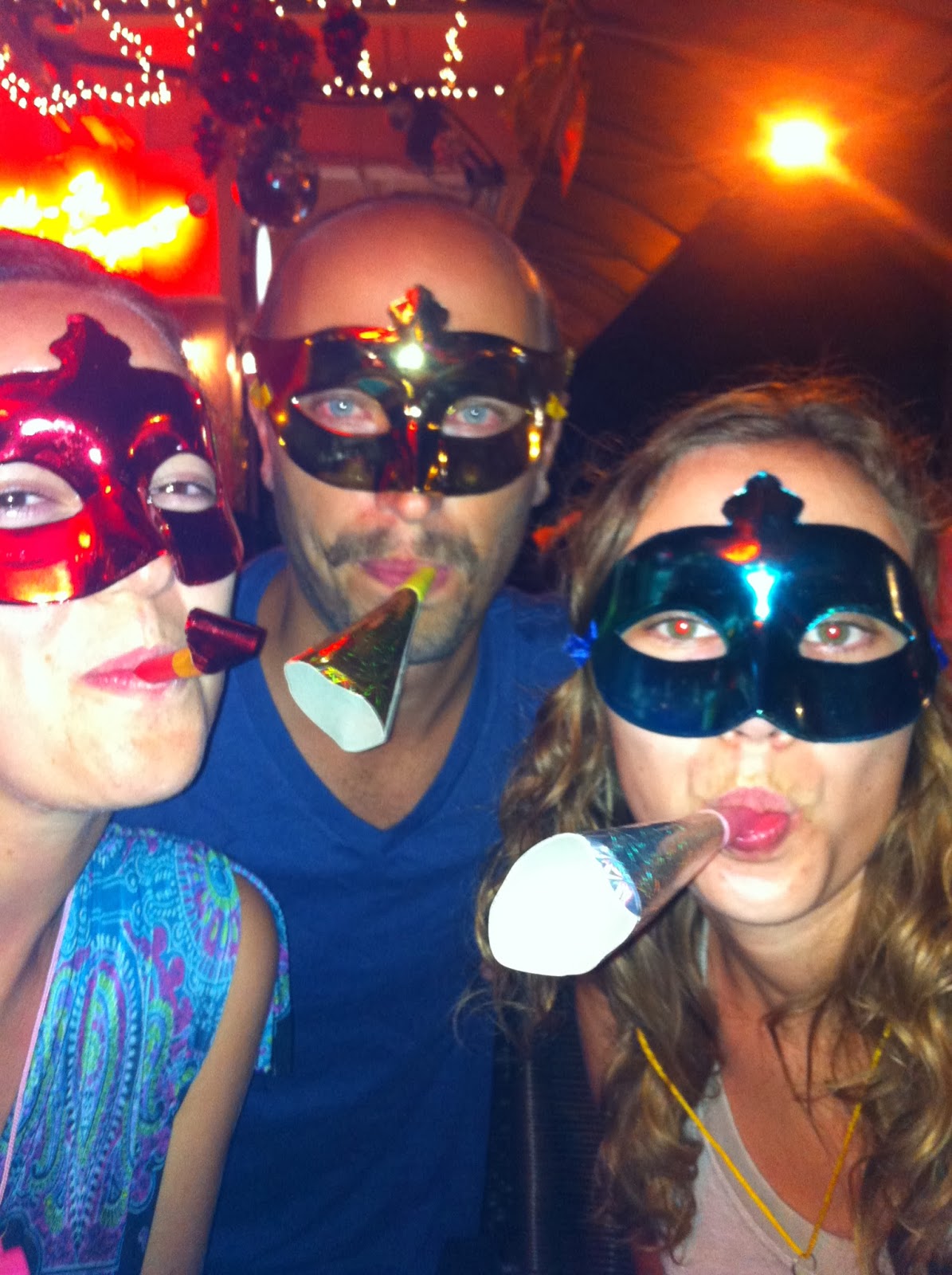 Then we went back out to secure a table on a restaurant balcony overlooking the harbourfront area. We'd heard there might be fireworks at midnight at that spot, though Lucy had said that there had not been any fireworks for 19 years. Numerous Singapore Slings and Buckets of Beer later, we noticed it was a quarter to midnight. Craig smartly suggested that we settle our bill in case it was chaos once the New Year hit. Restaurant employees came around with New Years kits filled with noisemakers, masks, and confetti shooters. We staged our own countdown, when it appeared the restaurant wasn't doing one, and ended just as Diane's phone turned to 12:00! Workers rushed to pop the balloons arching the entranceway, everyone was cheering and blowing their horns, and above it all, we heard the eruption of fireworks - but we couldn't see any over the harbour. A quick glance at the street told us they were coming from the other direction, above the clock tower (that was right next to our hostel!). So we rushed down to the street for the view. 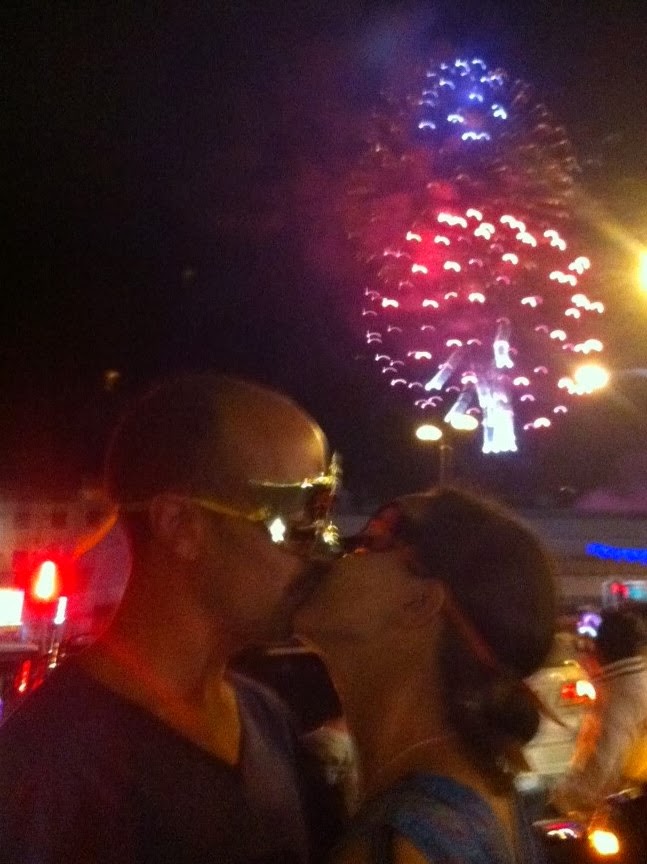 After quick phone calls with our families back home, we headed back to Lucy's where she greeted us with a knowing smile, boasting that the best views had indeed been from her hostel balcony. Exhausted, we tucked in to bed.

For New Year's Day, Diane went out diving, and managed three dives before our friends and family back home had hit the New Year themselves! Craig and Erin took the opportunity to unpack and organize their belongings so things would be ready for Diane to take home. We enjoyed watching our friends' New Year's photos flood in from around the world.
Posted by Craig & Erin at 5:17 AM