This morning we found ourselves alone and abandoned on a completely deserted island. Based on our latest calculations we determined that we had washed up on the shore of Pulau Sulug. This small island had a treacherous rocky shore protecting the virgin jungle that climbed its gentle slope; thankfully we found ourselves on the soft white sands that jutted out into the sea like a dagger from the tip of the island. 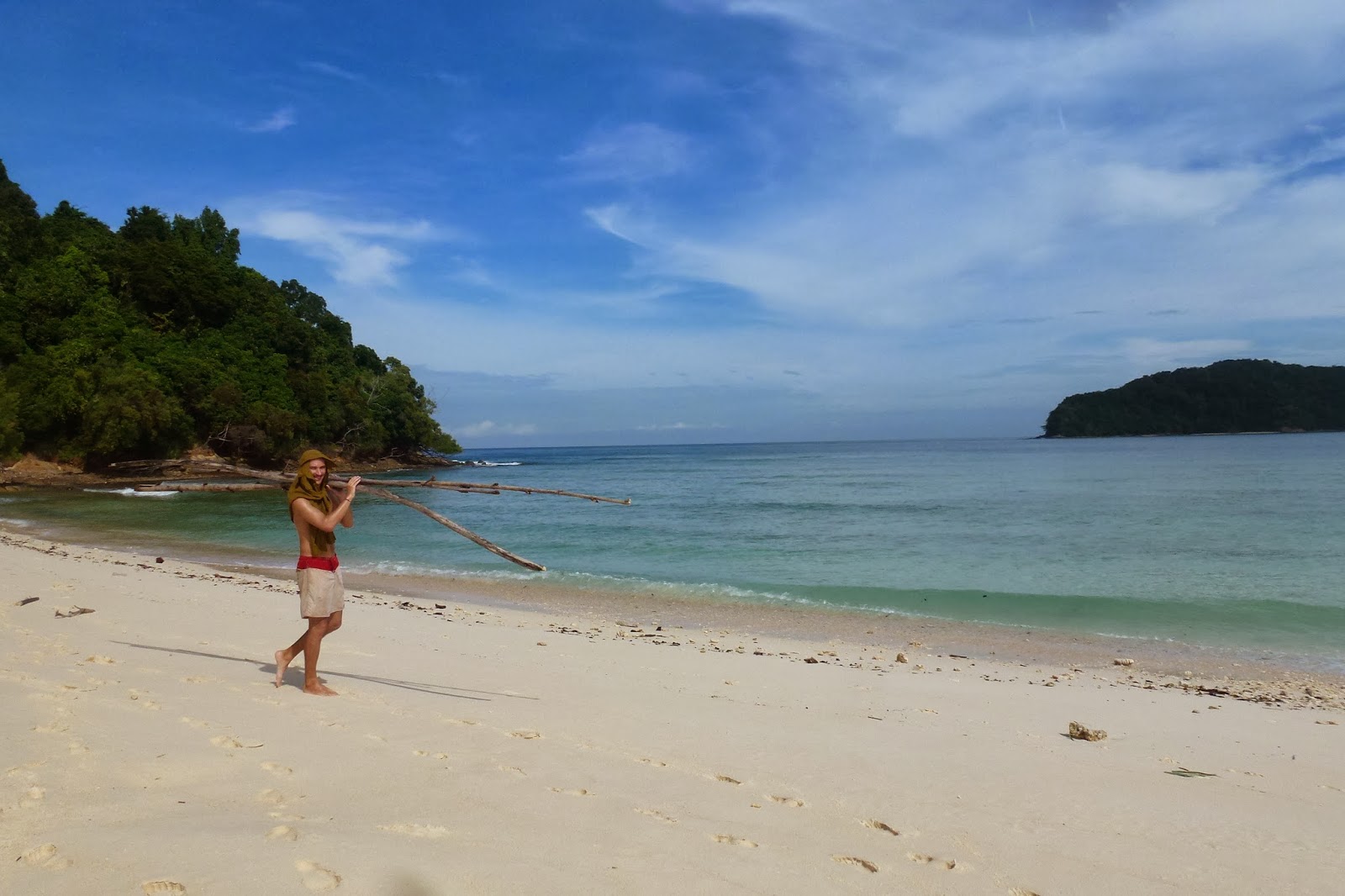 With no ships in sight, we set to work on making the most of our dire situation. Craig began to gather timber to build a shelter, while the women ensured that we would have enough perfectly bronzed skin. After constructing a small structure to protect 1 to 2 people from the blazing sun, Craig dreamed bigger and began his work on what would be our palace. Measuring 9-10 feet high, the giant leanto would have keep all of us comfortably in the shade. Sadly his hubris in building so high led to ruin as the waterlogged driftwood/bamboo began to splinter under the tremendous burden placed upon it. Craig took apart much of the structure to prevent disaster and retreated to the original structure. 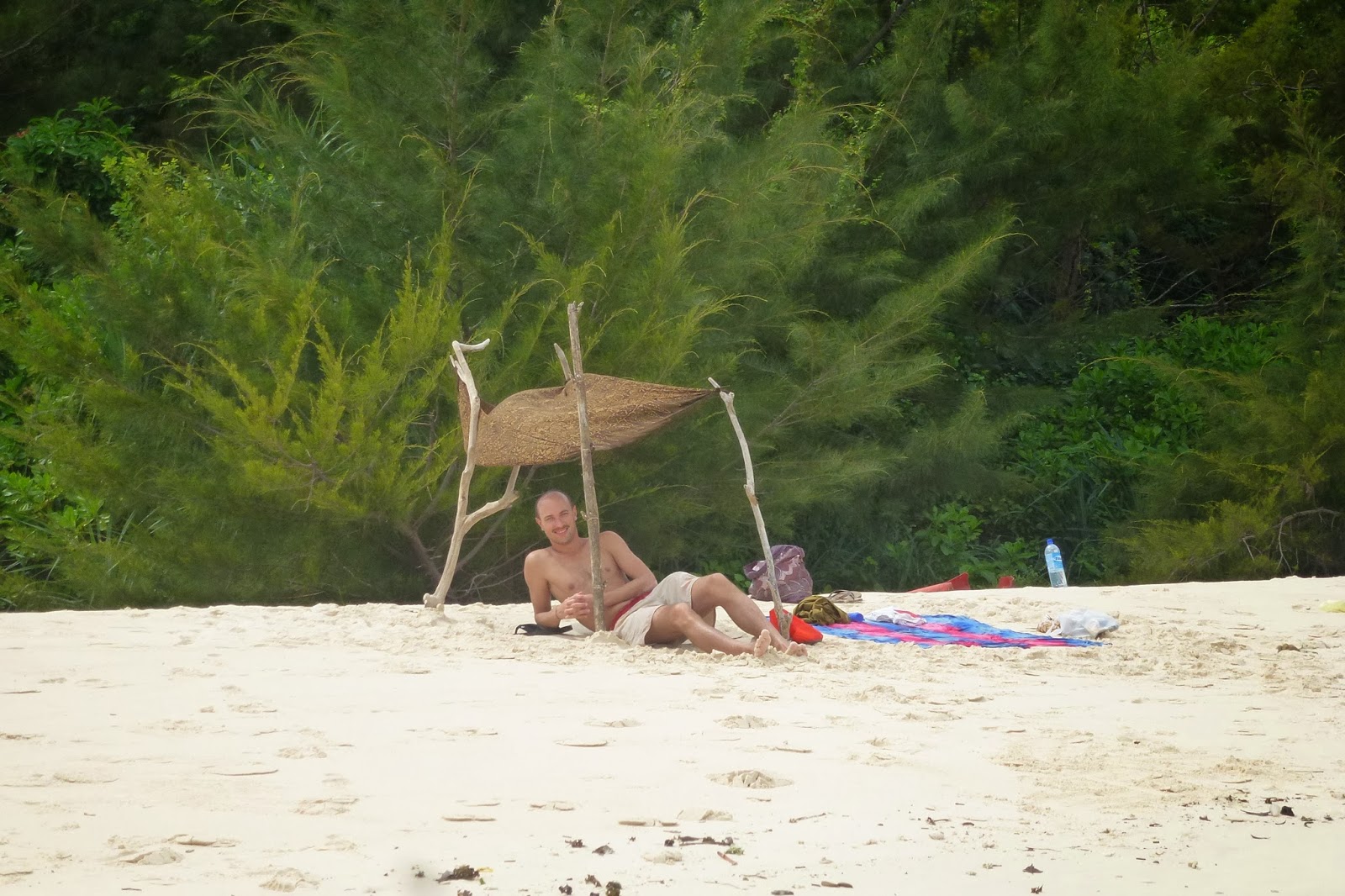 Thankfully it wasn't long before we caught sight of a ship and were able to flag it down, wading out into the water, and making our way off the island, though our discovery led to other travellers finding their way to our once untouched paradise. 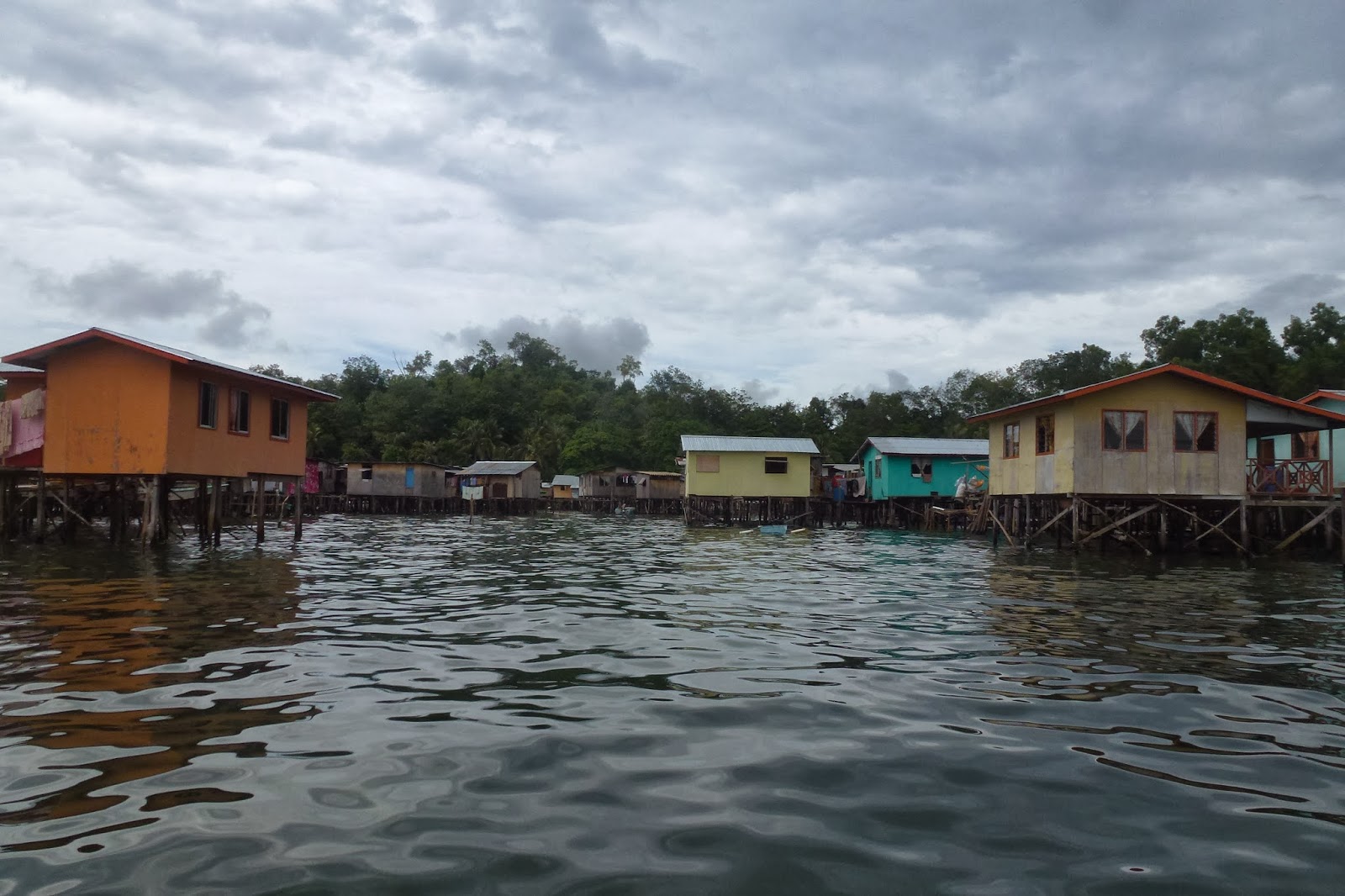 The short journey back to the mainland was punctuated by a few brief stops. The first at Pulau Mamutik, the second, as the storm that Diane had predicted approached,a stilted Filipino settlement off the coast of the large island to allow our ships crew to unload some goods (only after struggling to rouse the sleeping docksman.

Once on solid ground we took shelter from the rain and gave a toast to our good fortune, after a wondrous day. 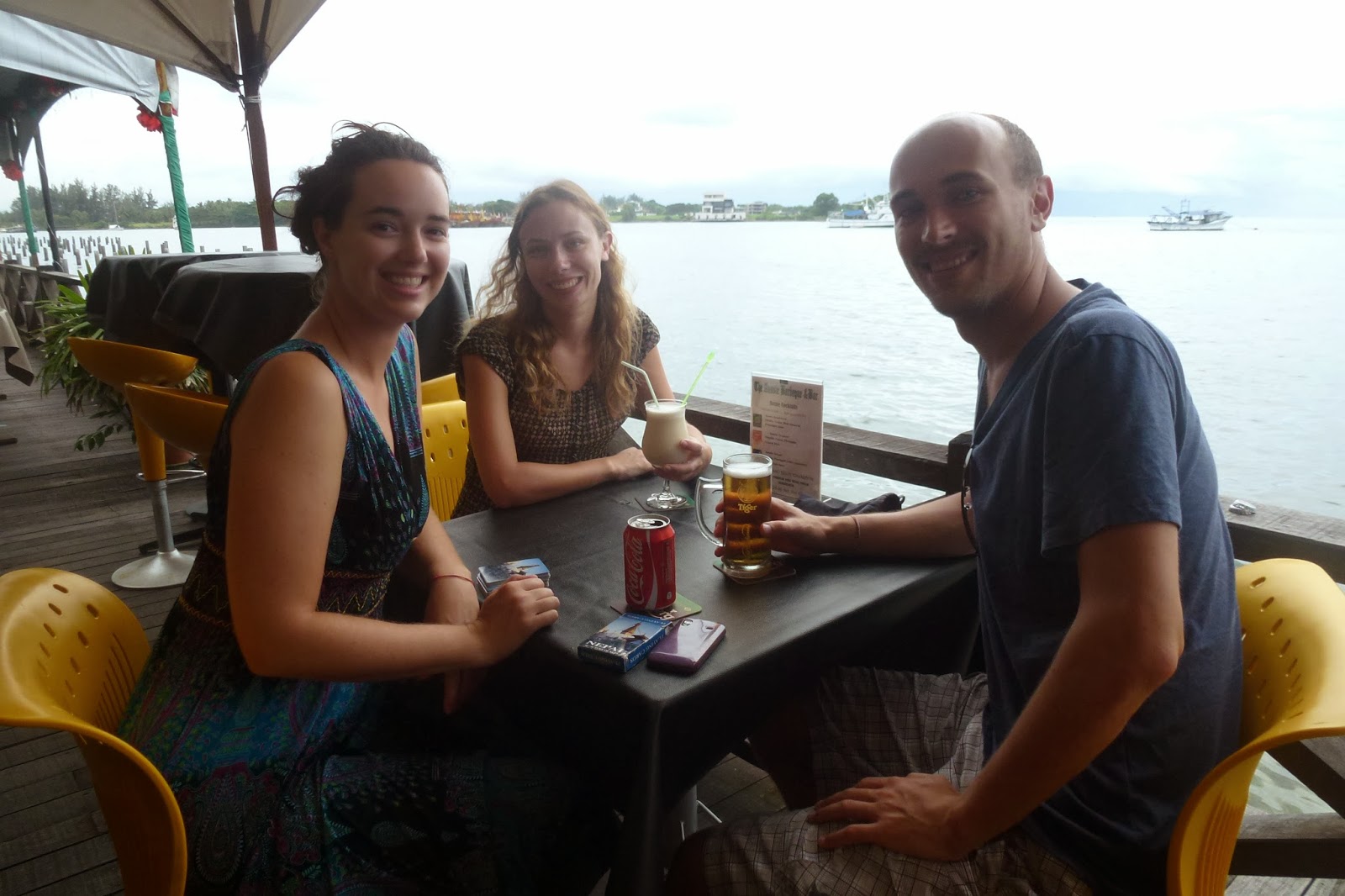