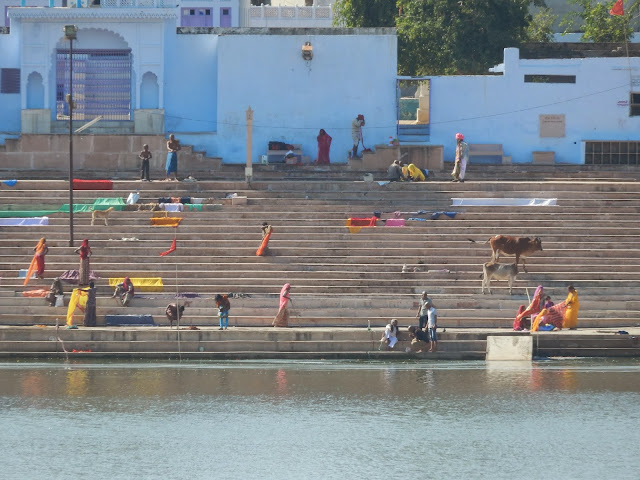 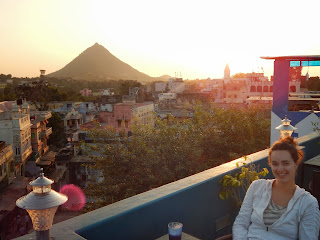 We had planned our visit to Pushkar based on the assumption that after a week in India we might need a break from the busy streets, pollution, and aggressive touts. However we have found India to be far more relaxing than anticipated, save for a few complaints already mentioned.

Thus our time at the sacred lake was even more relaxing due to the fact that we didn't need to relax.  The small town has only a few sights to see and they were neatly clustered around the lake. In an hour and a half we were able to see the main attractions and spend the rest of the time on rooftops admiring the view. 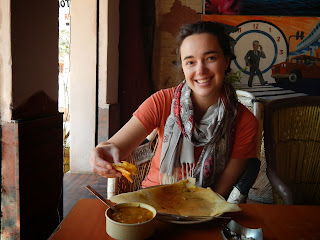 Pushkar is home to one of the only temples in the world dedicated to the god Brahma due to a curse his consort Saraswati placed on him (? We aren't super sure).  Sadly the temple does not allow photography. Nearby is a bathing ghat where Brahma is rumoured to have once bathed. Of the other 51 ghats around/on the lake other notables include one where Gandhi's ashes were spread and one where the god Vishnu appeared as a boar.

Our visit to a ghat was not the most pleasant experience. We were led down some stairs littered with cattle and birdseed, as well as the end result of huge flocks of pigeons splattered about the steps. This was of course after we had to remove our shoes. We were shown how to pray at the lake and removed all difficulties from our families lives, your welcome, before haggling over how much needed to be donated. It was interesting but probably one of the most disgusting places we have been. 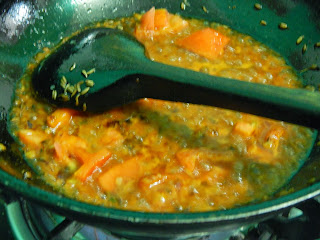 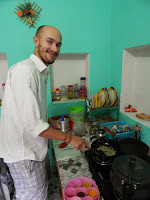 A highlight for Pushkar which was something we had meant to do earlier was taking a cooking course together. Our teachers Deepa and Hemant were wonderful and patient as we learned how to make dahl, channa masala, and rice  biranyi. 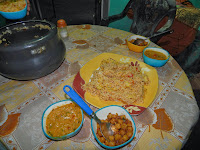 The end result was fabulous and we can't wait to make everything once we are home and finally get to cook for ourselves again. 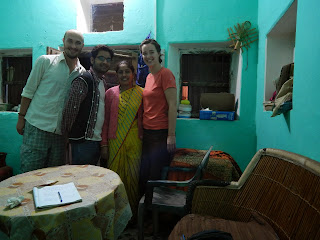