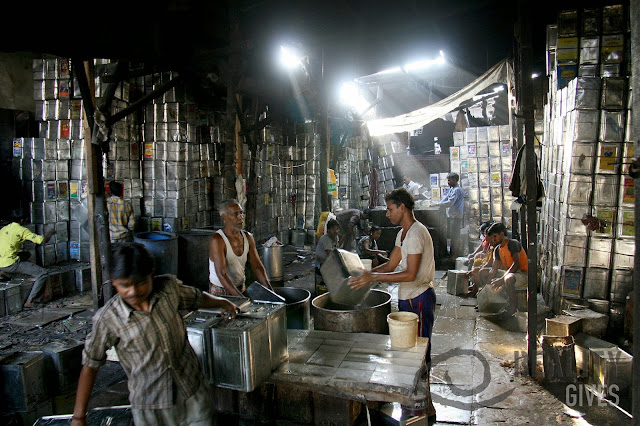 We learned that our only way to Mumbai was on a night bus, so we gained an extra day in Ahmedabad mainly to relax in our hotel room since we'd exhausted Ahmedabad's tourist sites the day before. Our only outlet was hooked up to the tv, so we watched movies on HBO and rushed to plug in devices on the well-timed commercial breaks so they would be full for our long ride ahead. If you get a chance to stay with Hotel Good Night, it'll be worth every penny  because they have a 24 hour check-in/check-out policy, so since we'd arrived in the evening two days prior, we didn't have to check out until 8pm (with no added charge!).

The sleeper bus turned out to be fairly comfortable, a little too short to fit us perfectly, but we managed. After a rocky start with a driver, who felt to be a teenager behind wheels for the first time, accelerating and stopping with such force we were both turning green, we hit the open highway and let the bouncing vibrations lull us into a restful state. The ten hours passed quickly and we arrived in Mumbai as the sun was rising behind a wall of polluted haze.

We should mention that when we discovered that we could only take a night bus and would be arriving in the morning, we called the hotel we had booked in Mumbai (and paid a deposit fee for), to inform them we'd only be staying one night instead of two. They replied that we would have to pay for both nights in full. So WE replied that in that case, we would cancel our entire reservation with them, allowing them to keep the 10% deposit for two nights which would be less money lost overall. So, we found a different hotel in Mumbai and booked for one night through Agoda.

So, back to us arriving to Mumbai. Getting to our prepaid hotel was easy, but when we walked in with booking reference in hand, they informed us that they did not have any vacancies and they had not confirmed this reservation with Agoda. A large argument ensued, the hotel manager was called, and we left completely enraged that they would not honour the room that we had ALREADY PAID FOR!

Needing some time to think and cool down, we decided to go to one of the fancy hotels in the area for air conditioning and a nice breakfast, where we could figure out our next plan. The auto driver (who had witnessed, and for whatever reason participated in our argument with the hotel manager) felt that we should go to a different hotel than the one we asked for, and took us on his merry way. This escalated to us threatening to jump out of the rickshaw when he wouldn't stop and let us out. Finally, completely at our wits end, we arrived (with a different auto) to the Suba International, and to their credit, the hotel receptionist didn't bat an eye at our sorry state. At the end of breakfast, the waiter asked where we were staying, looked at Erin's quivering eyes as she replied that we had already paid for two different hotel rooms for that night but still had nowhere to stay, and went to talk with the hotel manager.

After a few minutes of negotiations, we were offered the only room they had left, the Executive Suite (of course, there were no basic or deluxe rooms available, only suites...), at a severely discounted rate. Yes, that rate was still well above our budget, but we splurged, and immediately had a nap on what must be the most comfortable bed in the entire world.

Also of note: you control the lights, tv, air conditioner, you name it, with an iPod Touch!!! We can even monitor who's outside our door from the built-in camera. 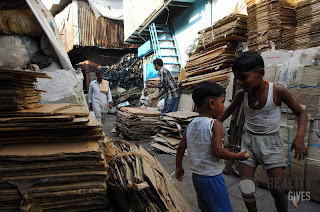 We justified this splurge by telling ourselves we were experiencing the true extremes of Mumbai life: ballin' like Bollywood stars, then shuffling around the slums, as the only thing on our Mumbai itinerary was a 'Reality Tour' of Dharavi.

After lots of back and forth on the idea, we finally decided to see for ourselves the truth behind 'Slumbai.' From watching Slumdog Millionaire, and reading Behind the Beautiful Forever, we had a taste of what the media portrayed. Erin felt that if she ever wanted to talk about the slums in her classroom, she should have had the first-hand experience of visiting them, and Reality Tours was recommended by a friend (and Lonely Planet). So we signed up, met with our guide, Arish, and four other travellers, and were off! 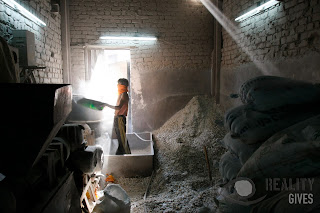 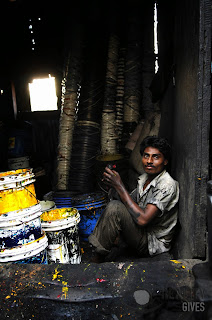 Reality Tours has been working in Dharavi for eight years establishing relationships with community members and creating an NGO called Reality Gives to support education, empower women, and provide for the elderly. Their aim is to dismantle negative stereotypes about slums.  80% of their profits go back to Dharavi, and it was honestly one of the most pleasant experiences we've had walking around India. People were friendly, but mostly just continued about their daily work, and we were pleased (and relieved) that we didn't feel like we were watching or exploiting them. The streets were fairly clean, the businesses prosperous, and the people looked happy.

We learned that 'slum' in India means housing set up on government-owned land. The Dharavi area is 1.75 km2 and has a population of over 1 million! There are a few public toilet buildings, at a rate of 1200 citizens for three male and three female stalls. This slum is called the 'Five Star Slum' because it's the only one in Mumbai that has a separate residential and commercial area. Most houses also have plumbing right to their houses, which the government supplies them with water for three hours a day. In the commercial area, the top jobs are leathering, plastics and aluminium recycling, and pastries/poppadums production. Dharavi has an annual turnover of over $665 million US, with many citizens now holding white-collar jobs, but still living in the area they grew up and call home. There is a 95% literacy rate amongst school-age children and crime rates are extremely low. The experience was enlightening and positive. No photographs are allowed on the tour, but we've been given  a link to view some from Reality tours, so our photos are courtesy of them. 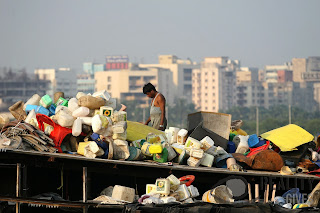 We rounded out the day back in our Bollywood suite ordering room service and watching movies on demand. Not the Mumbai experience we were expecting, but an example of taking the bad with the good all the same. 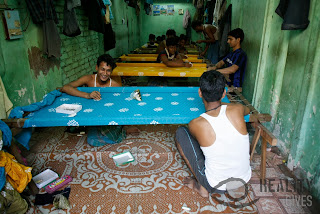