At the end of a long cramped bus ride our eyes grew as we entered Jodhpur and the massive, imposing fort atop a hill in the center of town came into view.

We had dinner on the roof, still impressed even though a billboard blocked out half the lit up castle. We settled in for the rest of the night and watched Two Weeks' Notice. (Starts very strong but slowly becomes gibberish and annoying in Craig's opinion). 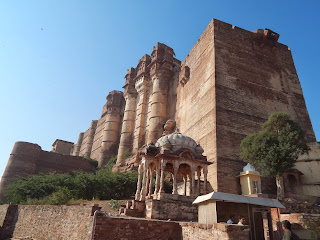 With the fort not opening until 9AM we took our time in the morning and then hopped in a tuk-tuk to avoid the step climb up the hillside. The awe inspired by the impossibly tall castle walls that seemed to grow out of the top of the cliff face did not diminish as we drew nearer. Kipling described the complex as being built by angels and giants.

Due to a conversation with Craig's brother and sister-in-law the night before we took the audio guide tour of the fort. We learned that we are audio guide people (expect pictures of us wearing 1980's headphones to soon clog these pages). We learned so much but could go our own pace, enjoy silence, and skip parts entirely without offending anyone. 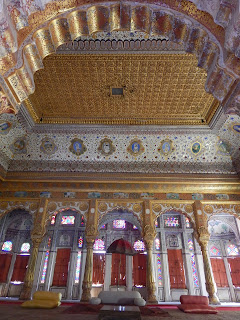 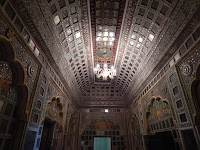 The many courtyards that form the backbone of the palace complex within the fort create and enchanting maze of finely carved walls, elaborately gilded rooms and mysterious window screens. We were treated to sweeping views of Jaipur, the blue city.

Now hungry and at the mercy of the midday sun we quickly visited Jaswant Thada (similar to the royal gaitor in Jaipur). The marble used to build this monument was so delicate that inside you could see the sun's warm glow coming through the stone. 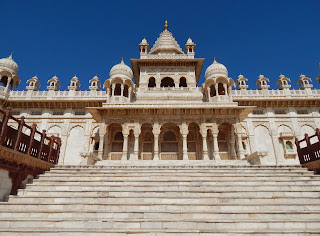 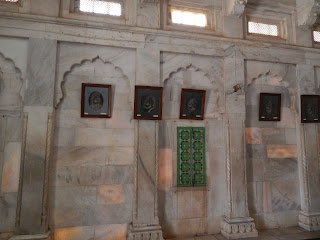 From there it was off to lunch on another rooftop with views of the fort, a lake, Jaswant Thada, the clocktower, another fort, and a huge palace in the distance. 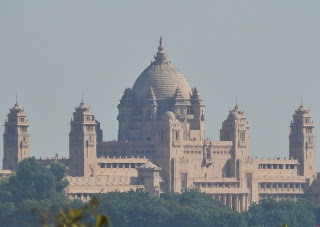 Having finished our sightseeing for the day Craig was just as excited for what followed which ended a five month hockey drought! 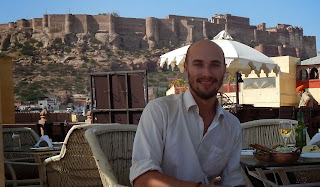