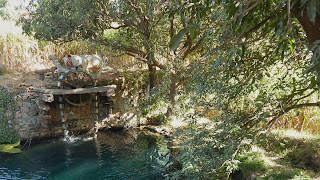 Today we headed off on a road trip to see two nearby attractions: the Kumbhalgarh Fort and Ranakpur, another Jain temple.

Kumbhalgarh is set atop a high peak in the hills of the Aravalli range. It proudly advertises its wall's claim to fame: being second to only the Great Wall of China in size. Though not entirely clear in its description, we imagine that "largeness" refers to the length of the wall; however, it's also extremely impressive in width as twelve horses can march abreast at once.

The first benefit to the fort being a two-hour drive outside of town (after the beautifully scenic drive) was the lack of tourists. There were only four other friendly people who we crossed paths with up the windy walkway, through four gates, and into the fort's palace. The next was a complete lack of tourist infastructure inside the fort. It's been emptied out, so instead of admiring all of the royal relics of the past, you're there to gasp at the views across the mountains and towards the sand-duned desert, study the architecture, and get some exercise! So not only was it void of tourists, but also guards, salesmen, and guides vying for your business. This left us free to wander and make spooky noises in the darkened, echoing stairwells of the castle. 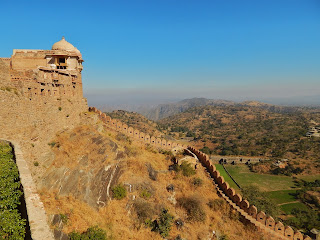 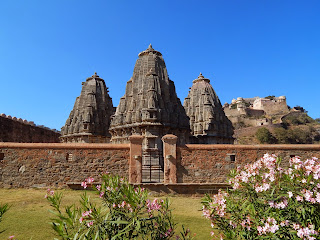 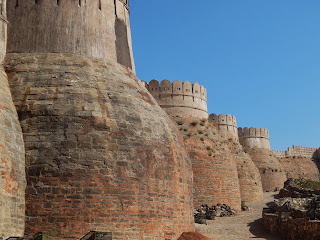 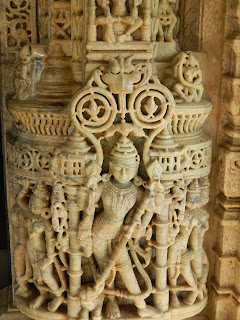 We had reservations about visiting another Jain temple after the first experience but we'd heard marvellous things about Ranakpur so we tried our best to smile and patiently adhere to their many requests prior to entering (we'd gotten no black clothing and no leather products right, but had failed at 'conservative covering clothing' because Craig was wearing shorts, and had to leave our cell phone, water, and gum behind). Surprisingly, the tampons in our bag weren't confiscated, though perhaps the security guard didn't know what they were? All in all, it was beyond worth it, and Craig couldn't stop raving about how comfortable his rented pyjama pants were. 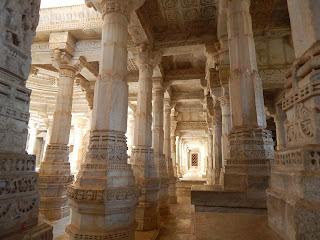 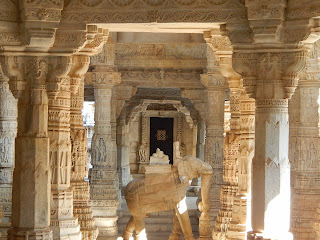 The moment we stepped over the threshold, all frustrations disappeared. Ranakpur is most definitely one of the most beautiful buildings in the entire world. It gave us shivers to look at all of the carvings, and wander through the pillars. A beautiful tree grew up through one section, sunlight drifting in from above, statues of elephants provided central focal points in each quarter, and whispers of prayers could be heard almost as soft as our socked footsteps. It was one of those moments where you can comprehend the expression, "It was so beautiful it brought him to tears." We reluctantly left a half-hour later feeling deeply moved. 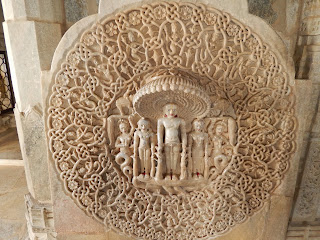 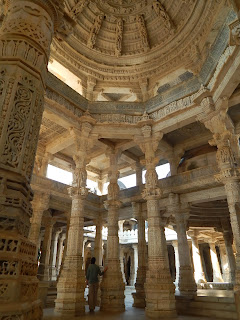 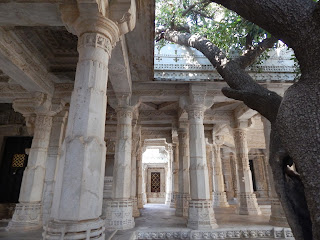 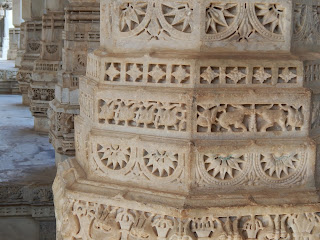