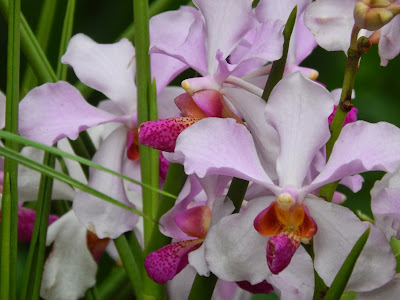 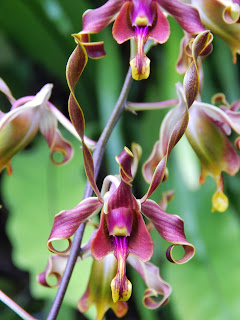 We easily checked out and arrived at the airport the next morning. Our flight to Singapore was comfortable as the plane was near-empty and we had a free seat in between us. We watched movies and the trip went by quickly.

We knew our time in Singapore was extremely limited and at the top of the itinerary was the much-recommended Orchid Garden at the Botanical Gardens. It boasted raving reviews, but the catch was that the last ticket was sold at 6 pm and the place closed at 7 pm. We'd checked train schedules ahead of time, and thought we might be able to do it, but even after racing off the plane and got through customs, time looked tight (we were really glad that we didn't have to collect our checked baggage). So we lined up for a taxi instead, and even still, arrived at the gate at 5:45. There was no doubt that it was worth it.

After all of the reviews, we knew it would be gorgeous. What we didn't expect was that an orchid garden could actually be MIND BLOWING. These things were CRAZY! We loved the VIP garden in the back where new orchid species were named after visiting dignitaries. We tried playing a game where we'd each get to pick two orchids to use at our wedding, if we were going to have orchids, but it quickly became impossible. We'll now overwhelm you with photos and still feel like we haven't shown enough: 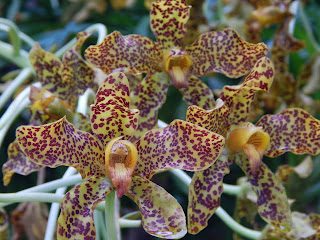 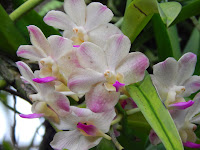 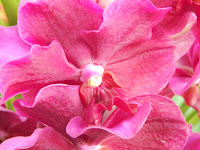 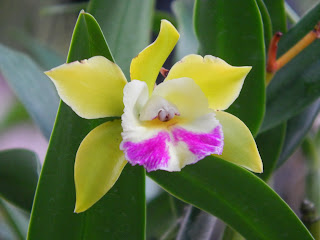 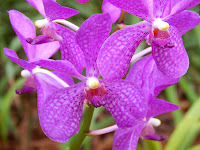 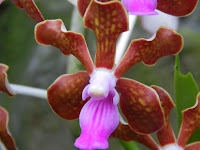 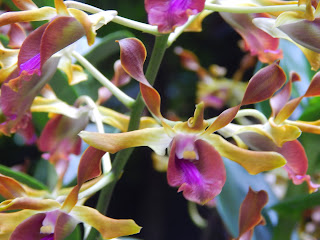 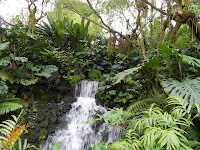 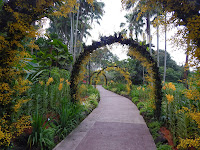 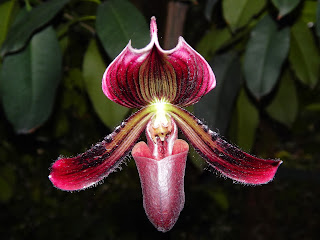 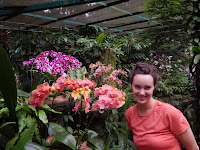 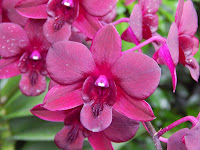 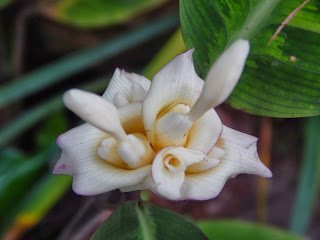 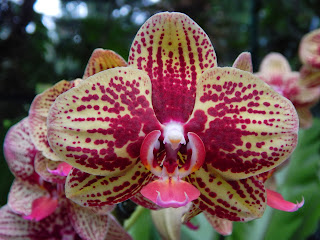 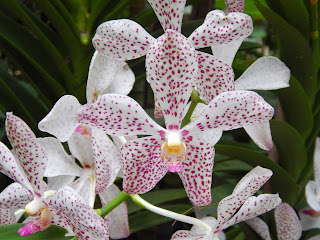 After we were kicked out, we walked back through the lush botanical gardens and had dinner overlooking their fountains at their elegant snack bar restaurant. We were informed that the water in Singapore is drinkable, and it was hard to not feel the shock of switching so drastically between that and India. They value considerateness in Singapore (they have signs in the bathrooms teaching you to use the hand dryer rather than shake your hands dry because someone else might slip on the wet floor), and with the number of ex-pats out jogging, you might have been in Central Park if it weren't for the humidity, or for the fact that you get severely punished for chewing gum, spitting, or even drinking water on the train.

It was a little late to do more sight-seeing, but we didn't want to quite throw in the towel. So we headed to Orchard Road to see the big Christmas displays, even though most of the fancy high-end stores were closed.

Then we headed across town to our slightly dodgier dorm-room hostel for the night.

Email ThisBlogThis!Share to TwitterShare to FacebookShare to Pinterest
Labels: 11. Singapore