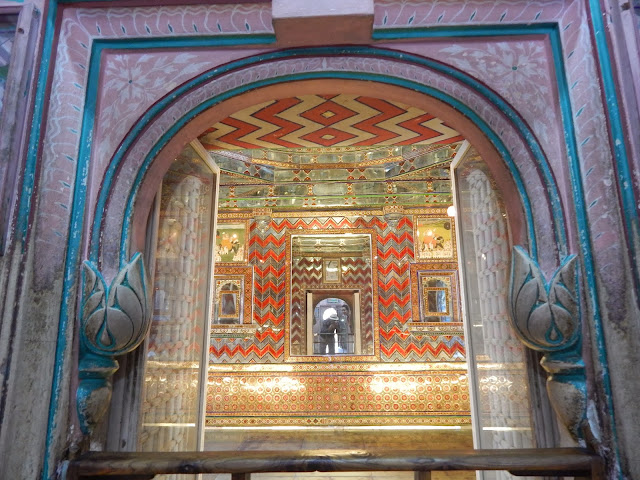 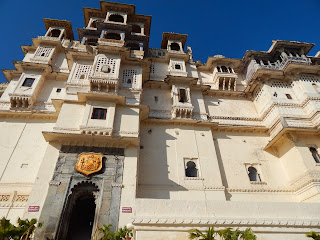 For our last full day in Udaipur we set out to see the beautiful landmarks we had been watching lazily from rooftops. First it was off to the City Palace which opens a few hours after the book claimed. Luckily we slept in and only showed up 20 minutes early. We bought our tickets and headed in. After seeing a sign for the audio tour pick-up, we strolled up and discovered we would have to go to a different ticket office to get an audio tour ticket (the audio tour guy could accept the 2000 rupee/passport/credit card deposit required but not the 200 rupees for the ticket itself). At the other office we were told that our main tickets would not let us in for another hour. We would have to upgrade and pay double the price. We told him 'No.' and went in straight away after collecting our audio guide. 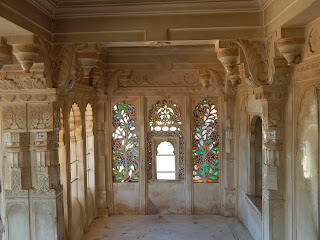 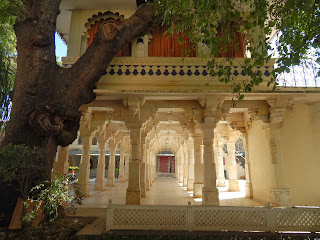 The palace was not nearly as crowded as we had expected at first and it was nice to stroll through at our leisure. The tour was not as interesting as Jodhpur's but still alright. Eventually a battalion of army cadets caught up with us and we sped through to try to find some peace, as the confined spaces seemed to amplify the very loud crowd.

After, we planned to go on a boat ride on the lake to see the lake palace from water level and get some new views of our surroundings, but we had just missed the boat. We did learn that we needed two more tickets each in order to go on the boat ride (one ticket just to get us through the next walkway beside the palace). With each ticket made of cardstock and half the size of a piece of paper we were running out of space to store them all. 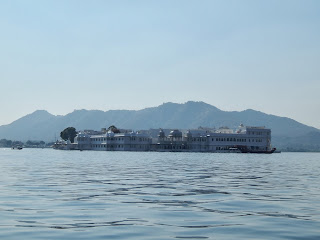 Instead of waiting in the heat for the next boat we went out for lunch on a rooftop and then returned to the palace to catch our ride. The lake was beautiful but the lake palace was quite underwhelming after the stunning one we saw in Jaipur. Still, it will be cool to rewatch Octopussy and know that we've been there. We spent 30 minutes on an island that had some interesting architecture and great gardens at the water's edge. 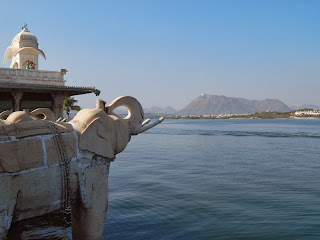 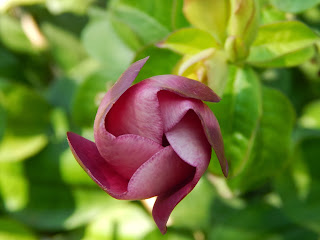 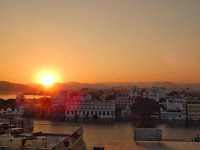 In the evening, Erin got a massage, Craig found some beer, and we met up to watch the sunset followed by an enjoying and sporadic fireworks show. The city celebrated its Rajasthani election tradition of ousting the sitting state government. 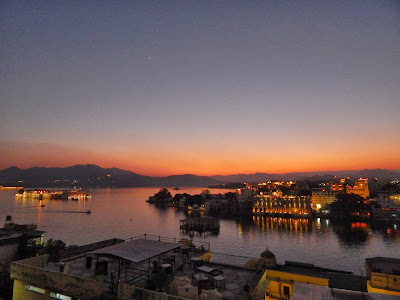