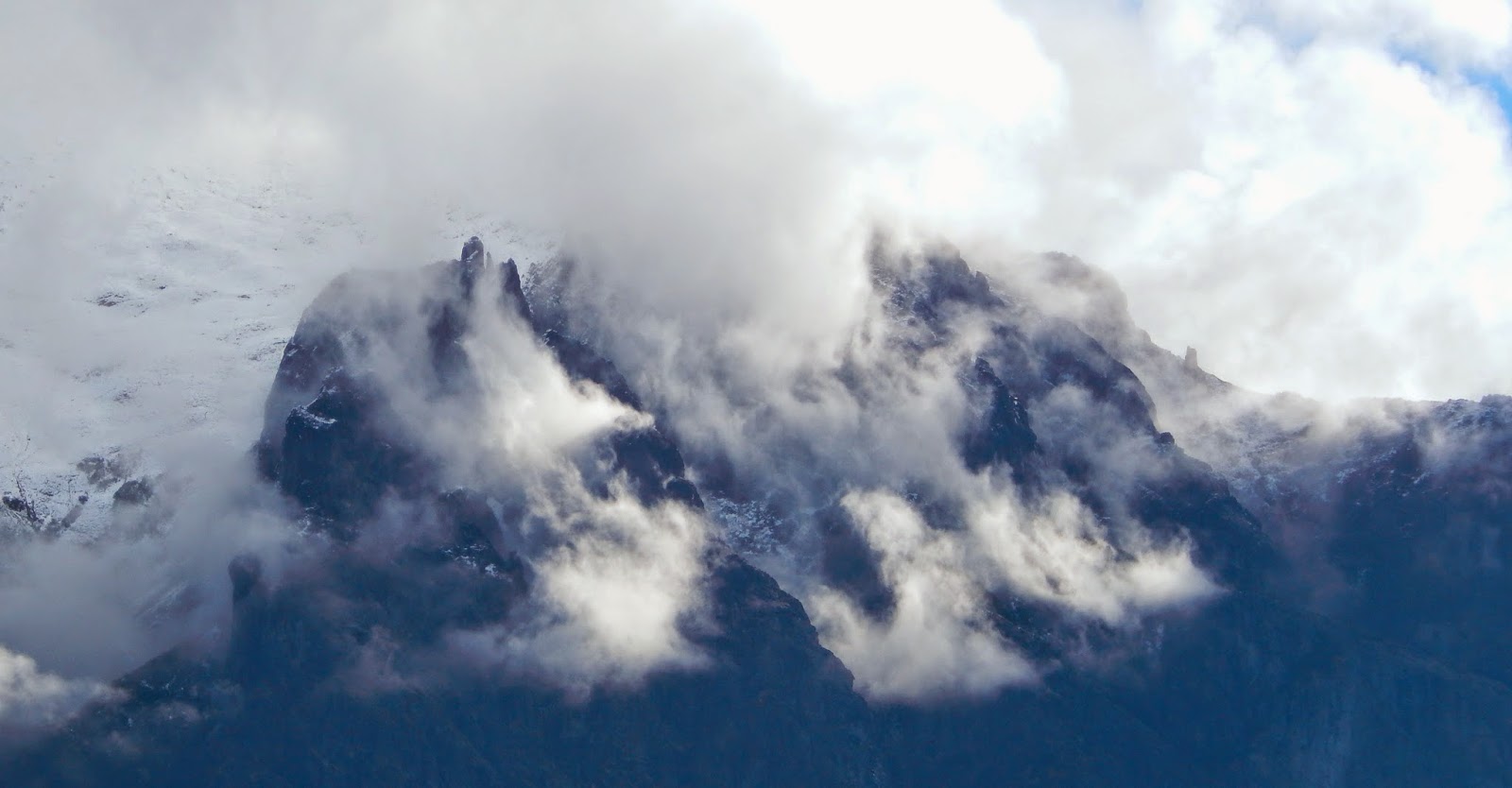 Despite the rain and clouds, the bus ride to Bariloche gave us many glimpses of the beautiful mountain ranges, lakes, and trees changing colour. It seemed like we'd be hitting this touristy area right when we wanted to: after the crowds, during the fall colour, and before the weather turns cold.Our hostel on the lake promised a comfy room, great views, and good atmosphere. Unfortunately, the weather refused to co-operate with our plans. 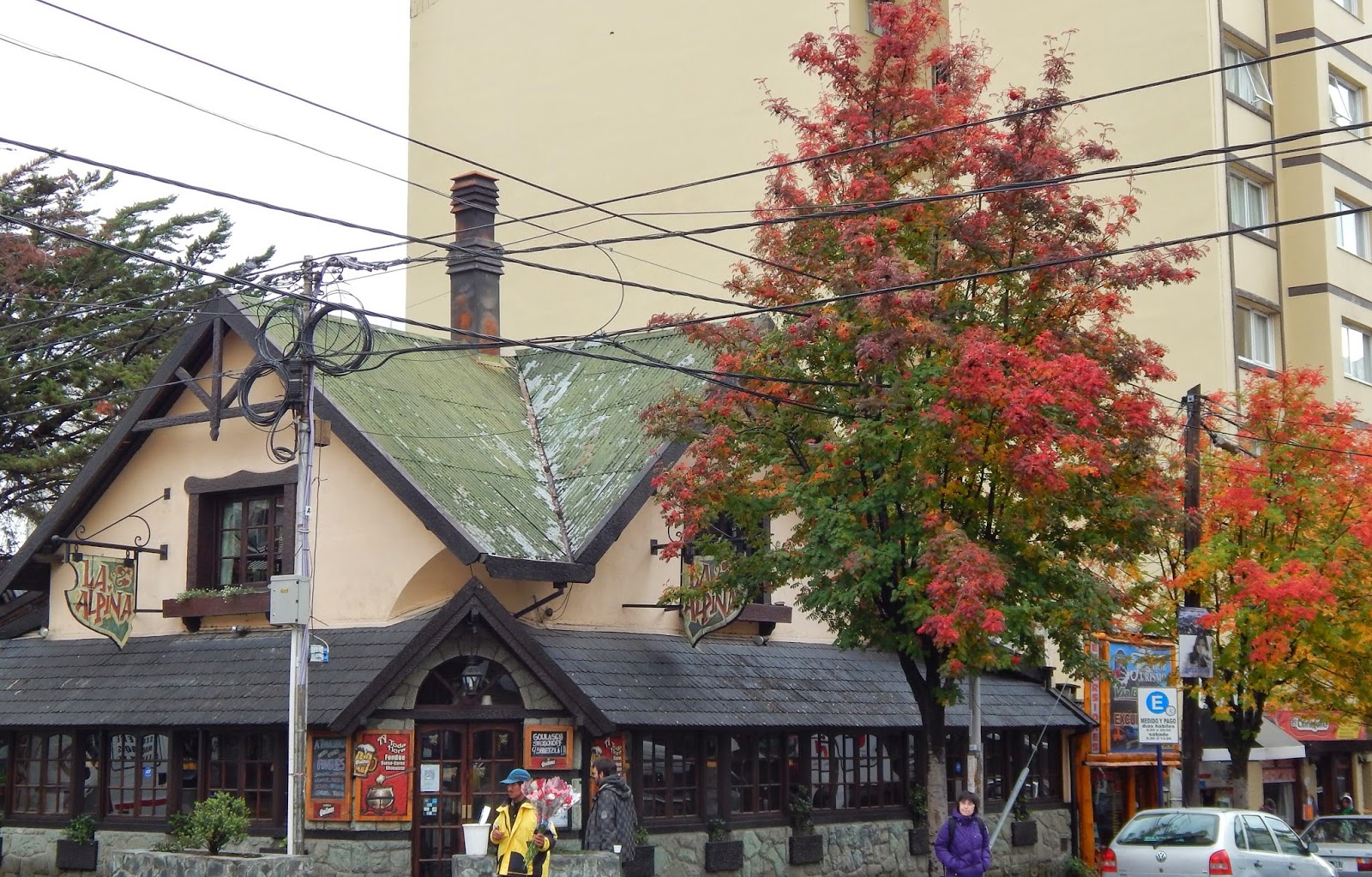 After a few down days in El Bolson, we were ready to pack our three full days in Bariloche with three long day hikes: one up Cerro Cathedral, one easier loop along the Llao Llao lake plus a chairlift ride up to a nice viewpoint, and a third day of mountain hiking in the National Park. Not too keen to hike in the rain, cold, and high winds, we immediately extended our stay a day so that we had the promise of better weather later in the week. But the forecast didn't hold true, and we were stuck with rainy-windy day after rainy-windy day. Thankfully, we at least had our comfortable room with a small lake view to make our down time more relaxing. On the afternoon of our second full day, the clouds finally started to part and we got glimpses of the sun. Fearing this might be our only chance, we rushed out to go up the chairlift to the top of Campanario hill for some 'best-in-the-world' views. We briefly considered hiking up instead of taking the chairlift, but our muscles were still so sore from Piltriquitron that we gave in and paid the fee.


From up above we watched the pristine waters of several lakes reflecting the treed hills and when the clouds moved, peaks would vanish as others appeared.

It was crowded at first, but we waited patiently for the groups to move on, most tourists content with a few photographs and an attempted panorama. We were able to find moments of peace and tranquillity with the nature, during which, it really shone. 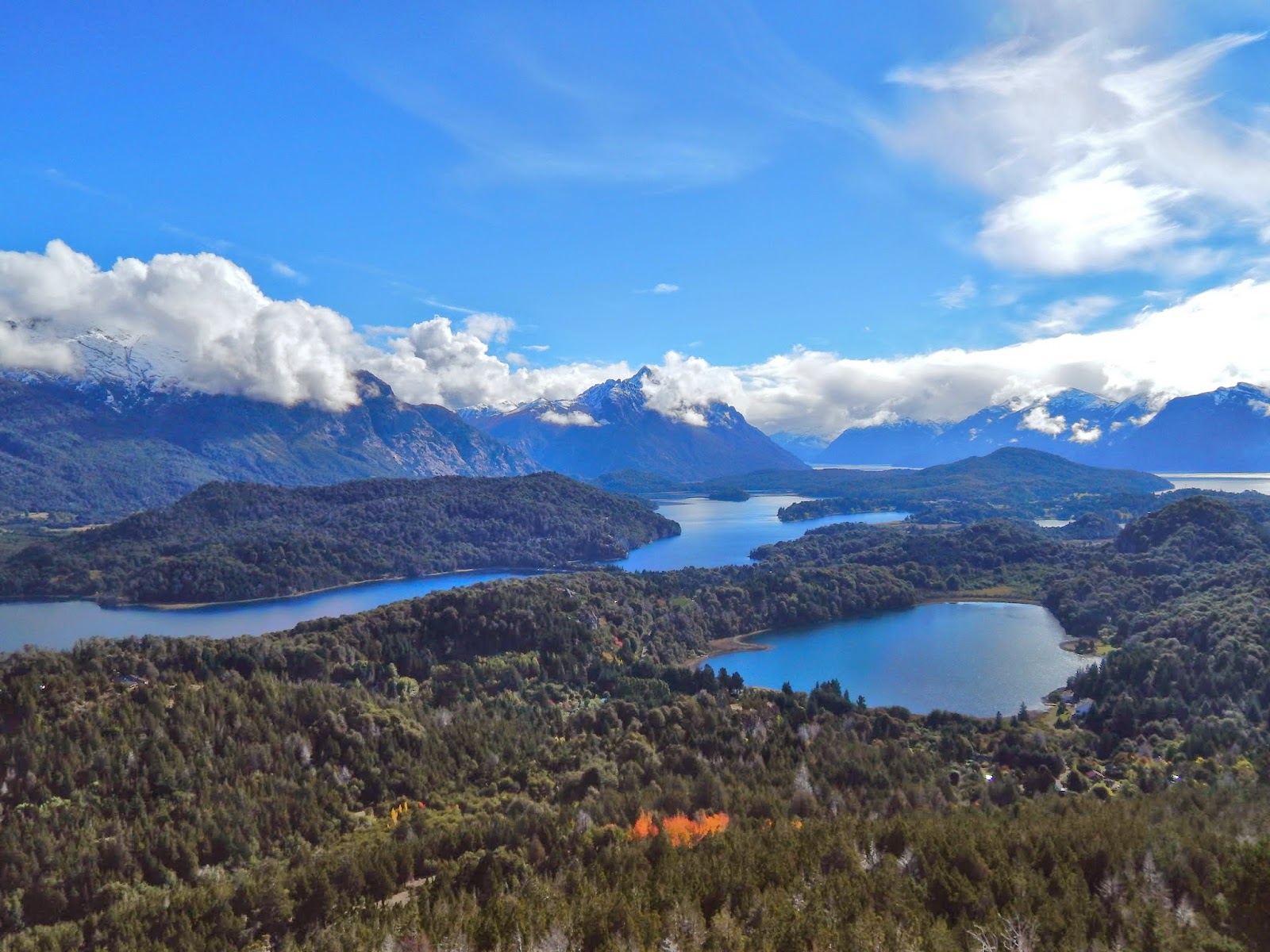