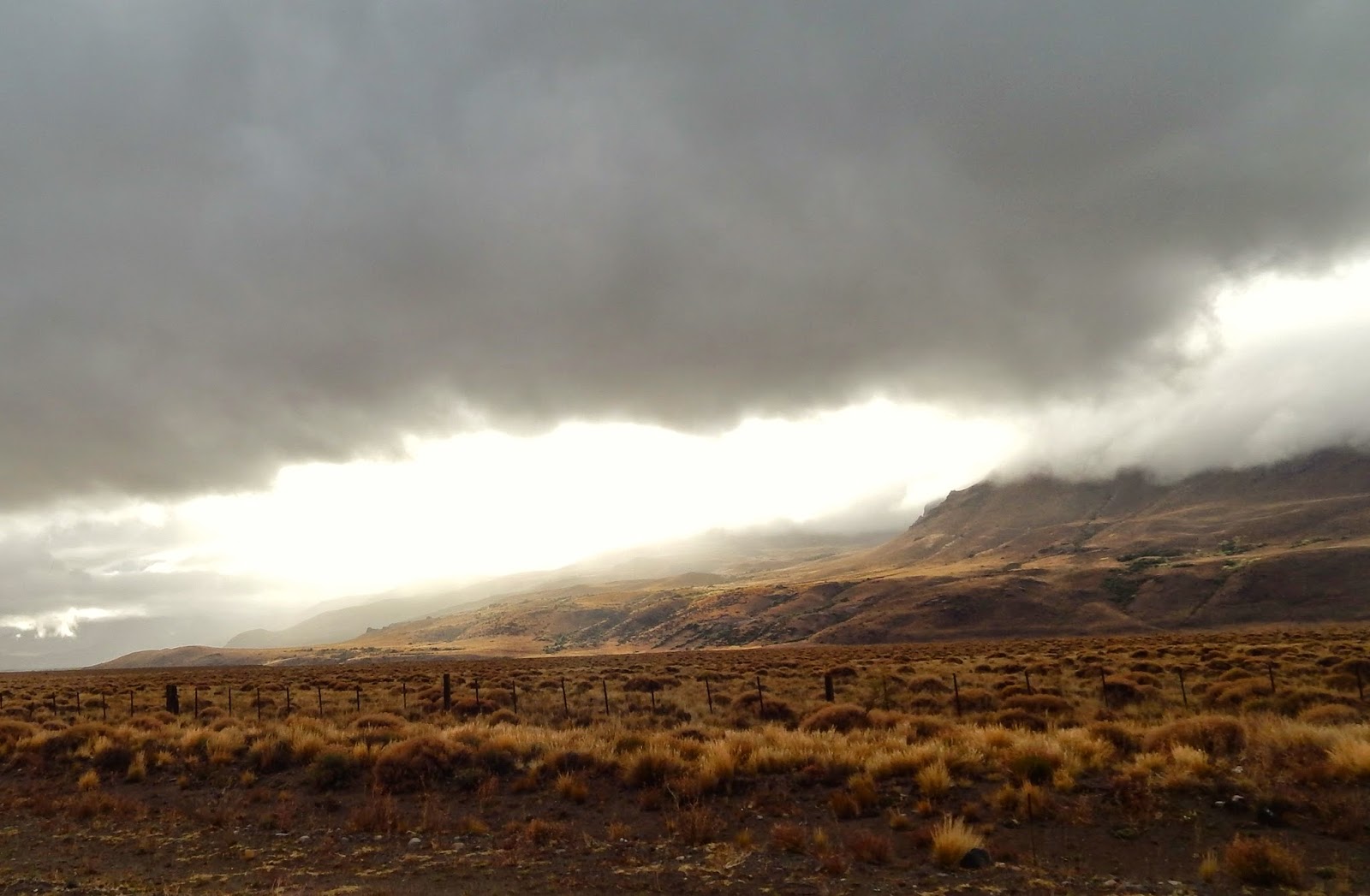 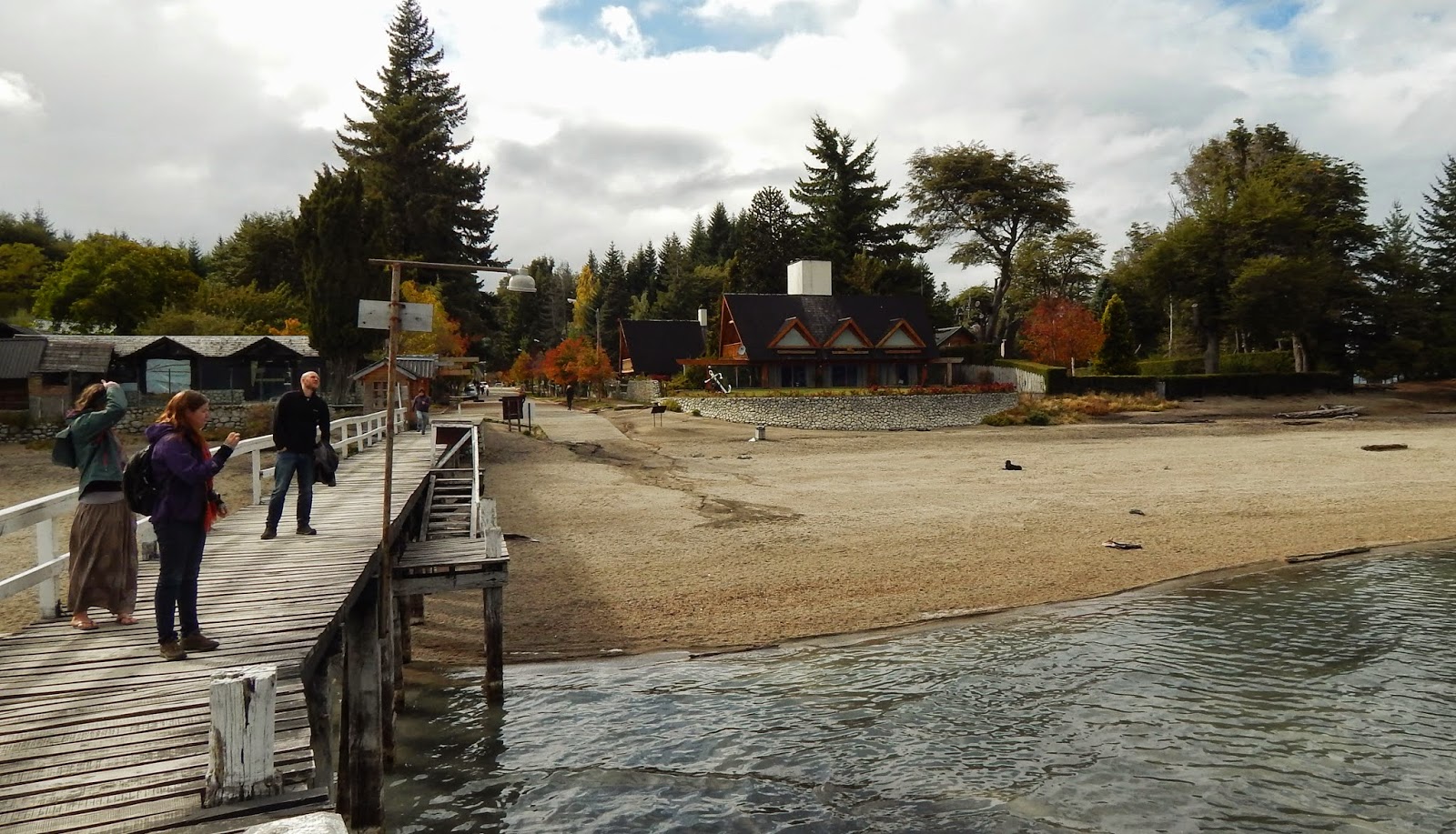 We took two days off and extended our time in Bariloche so we could meet up with Kristen and John. If we were going to have terrible weather, we may as well have it in good company. The four of us rented a car in order to drive to San Martin de los Andes and back for the day, a scenic route that winds through the lake district with many miradores. 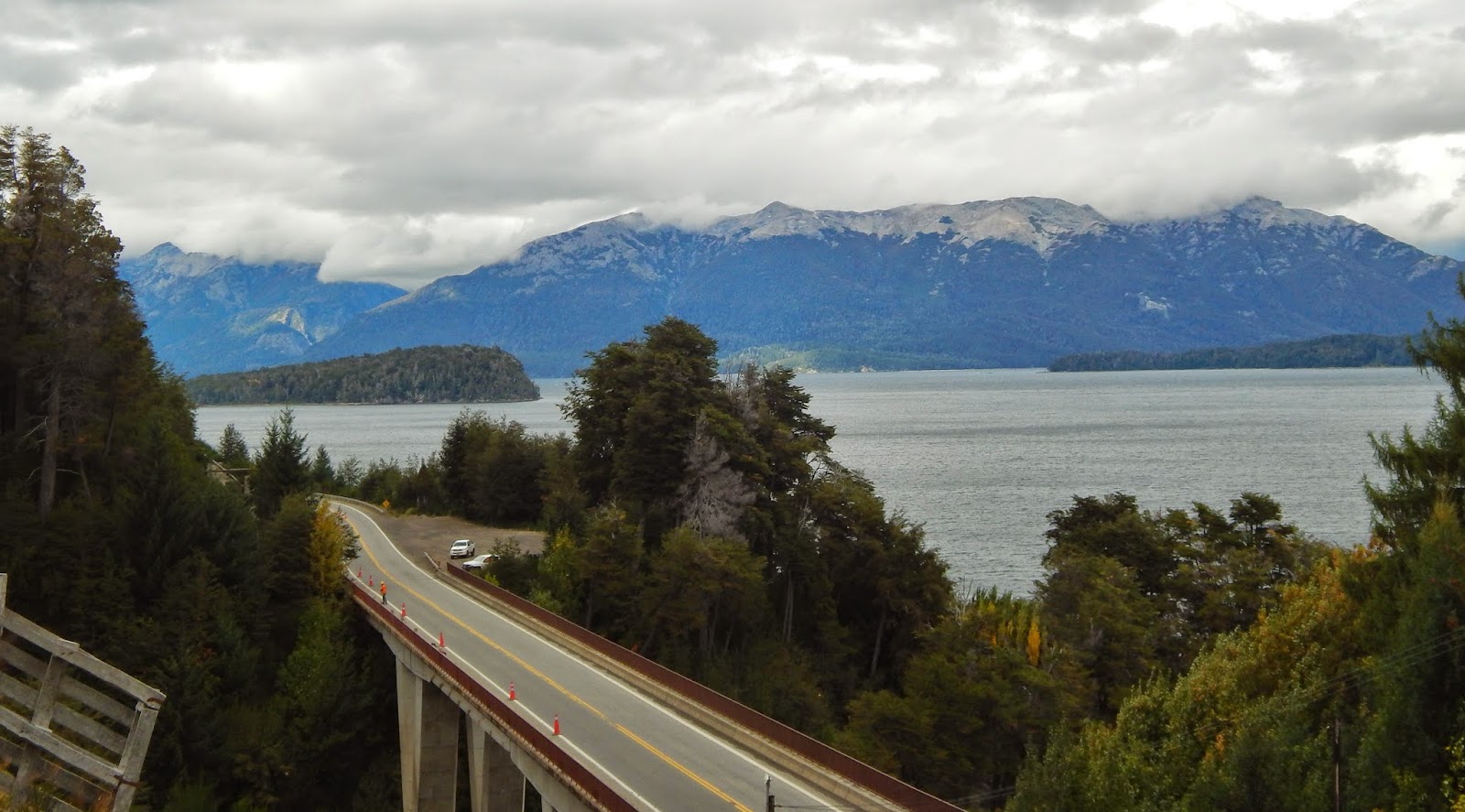 Sadly the weather did not cooperate and we were left with views of the bottom 3/4 of mountains as we had had all week.Craig also fell under the weather the night before and thus all the driving was thrust upon John's shoulders. The drive and what we could see did turn out to be quite pleasant, as did the company. 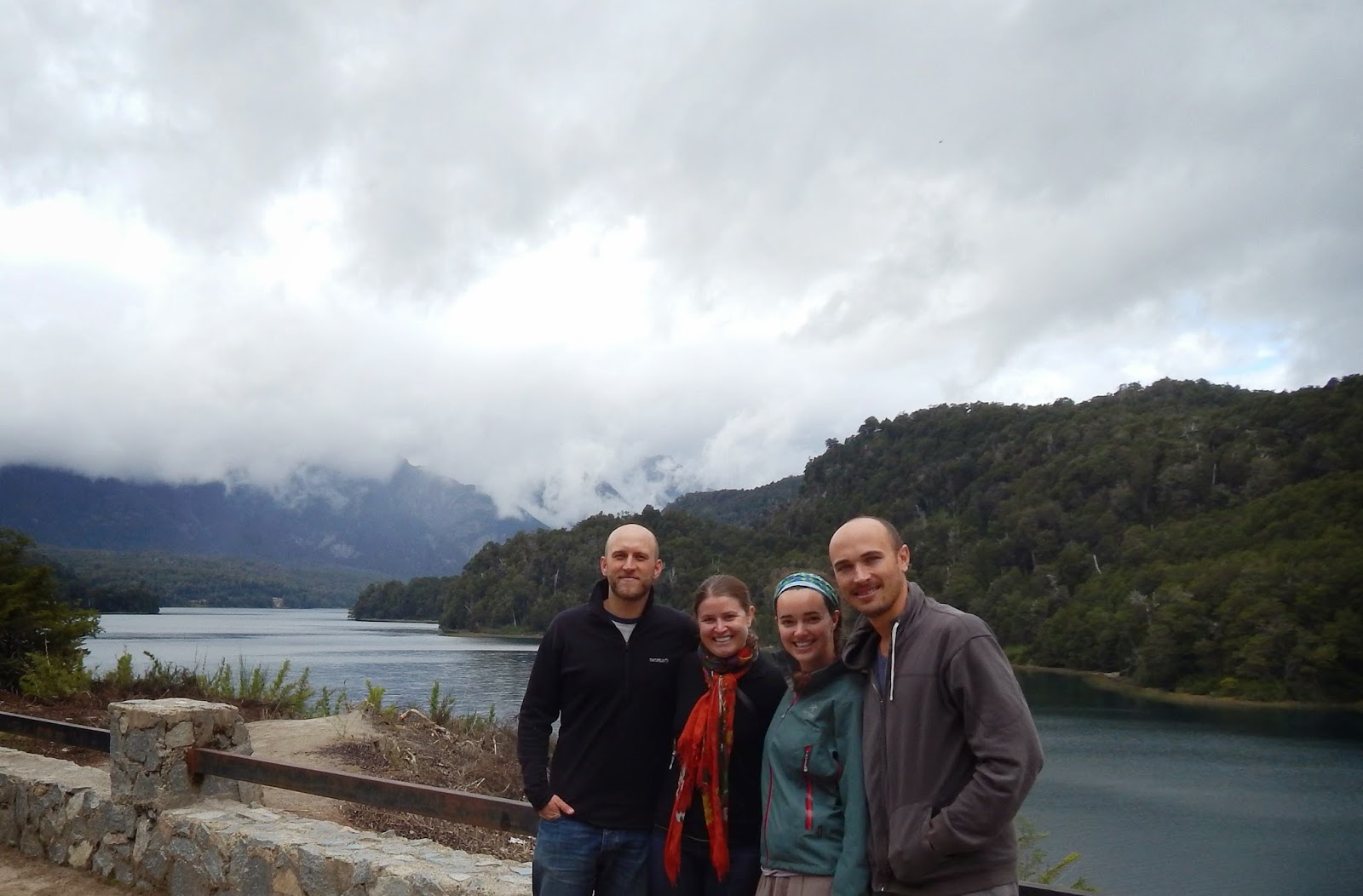 Some highlights from the day included the different colours of each of the lakes, and the windy road that followed the coastline. It felt so freeing to have our own transportation for the day! We were surprised by the lack of commercialism at each of the stops and thanks to the gloomy weather, we had the road and miradores mostly to ourselves. We did manage to grab one photo of the four of us from a busier stop. 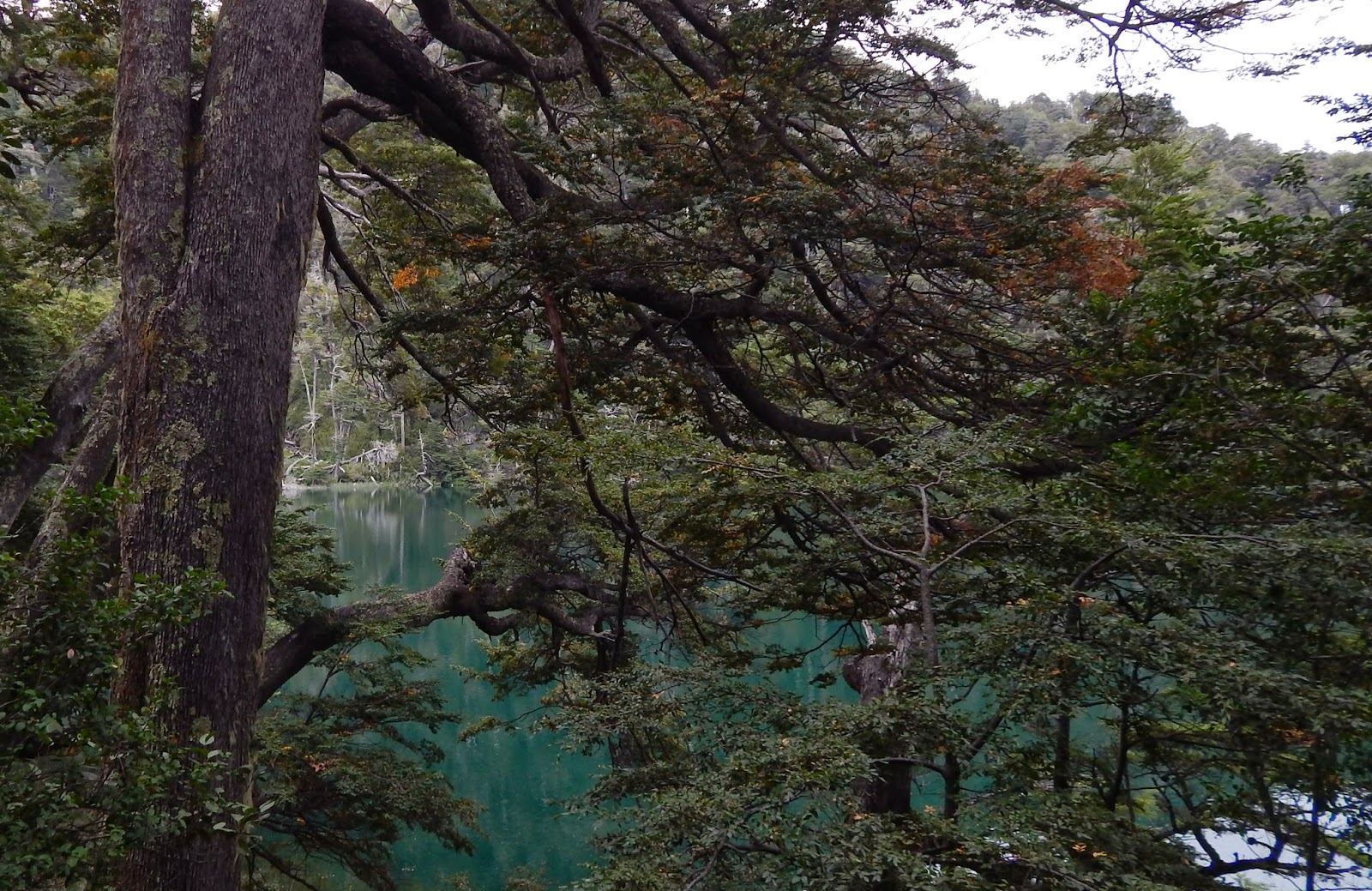 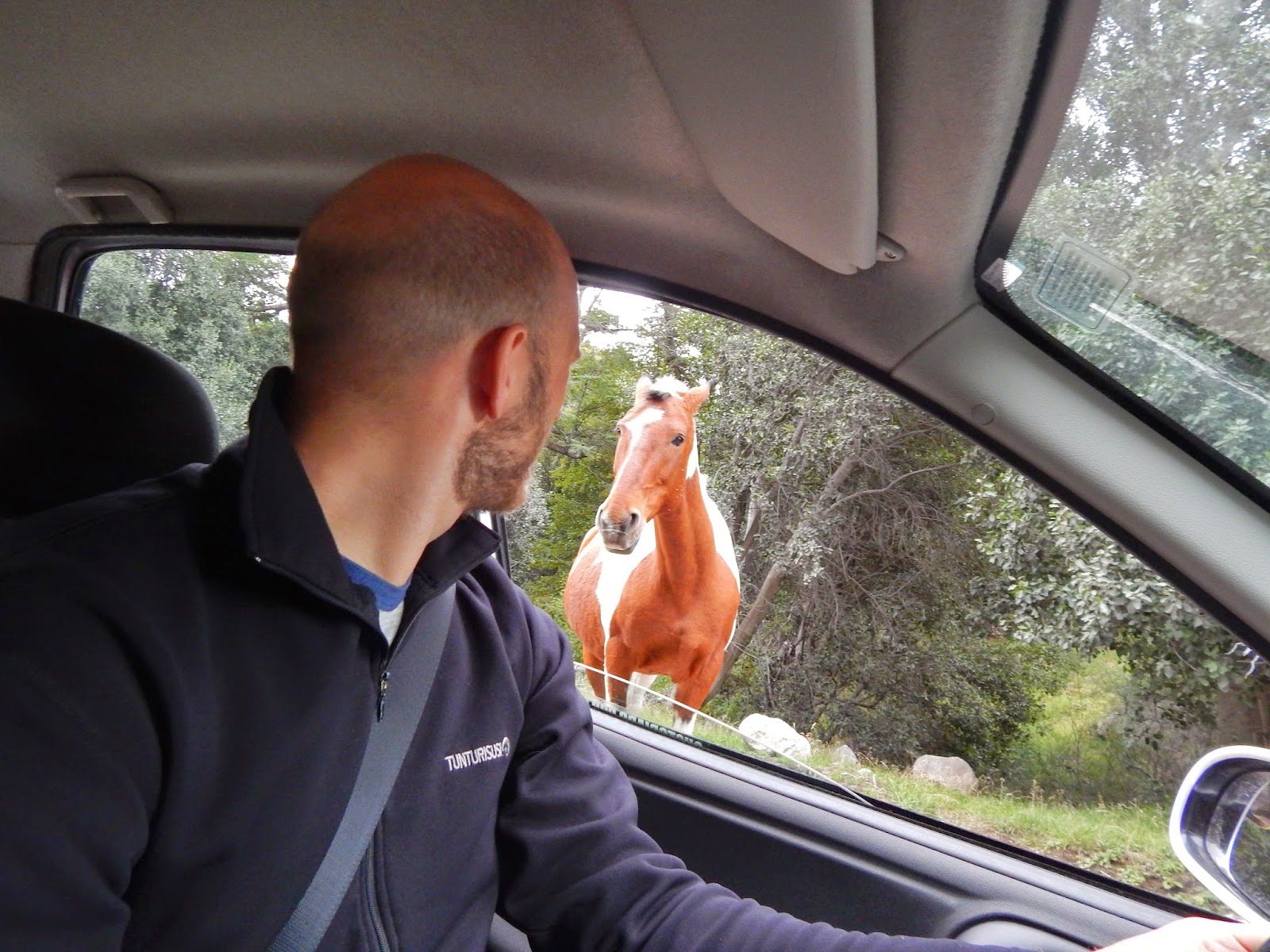 Not wanting to miss out on a highlight, we drove the extra hour or so to Villa Traful. The LP raved about the quaint town, saying it had an 'achingly beautiful setting.' The only thing that ached for us were our stomachs, as we couldn't find a single restaurant open for business on this off-season, rainy day. We did enjoy the wildlife on the way in, though, and a brief stop at their beach. 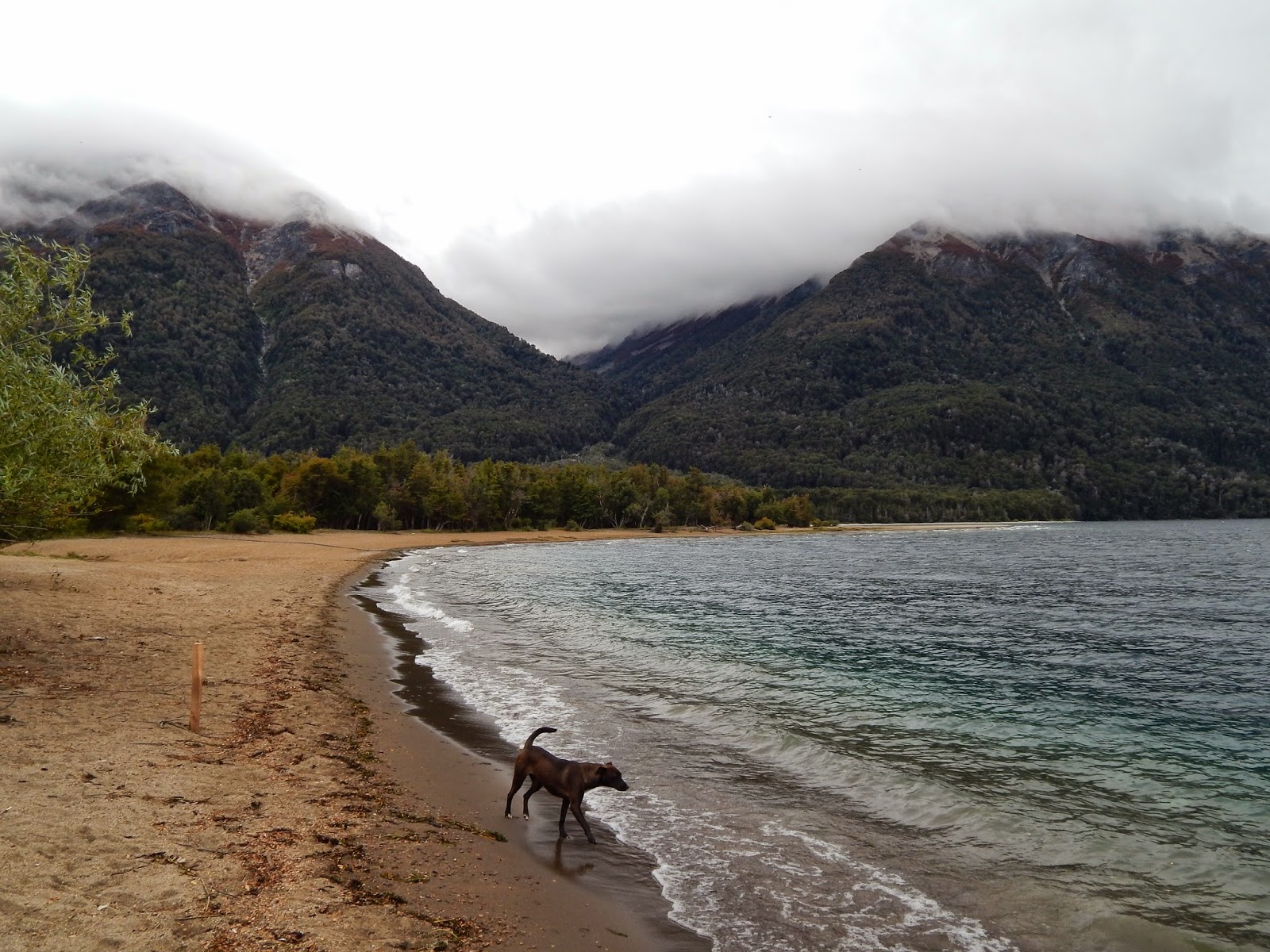 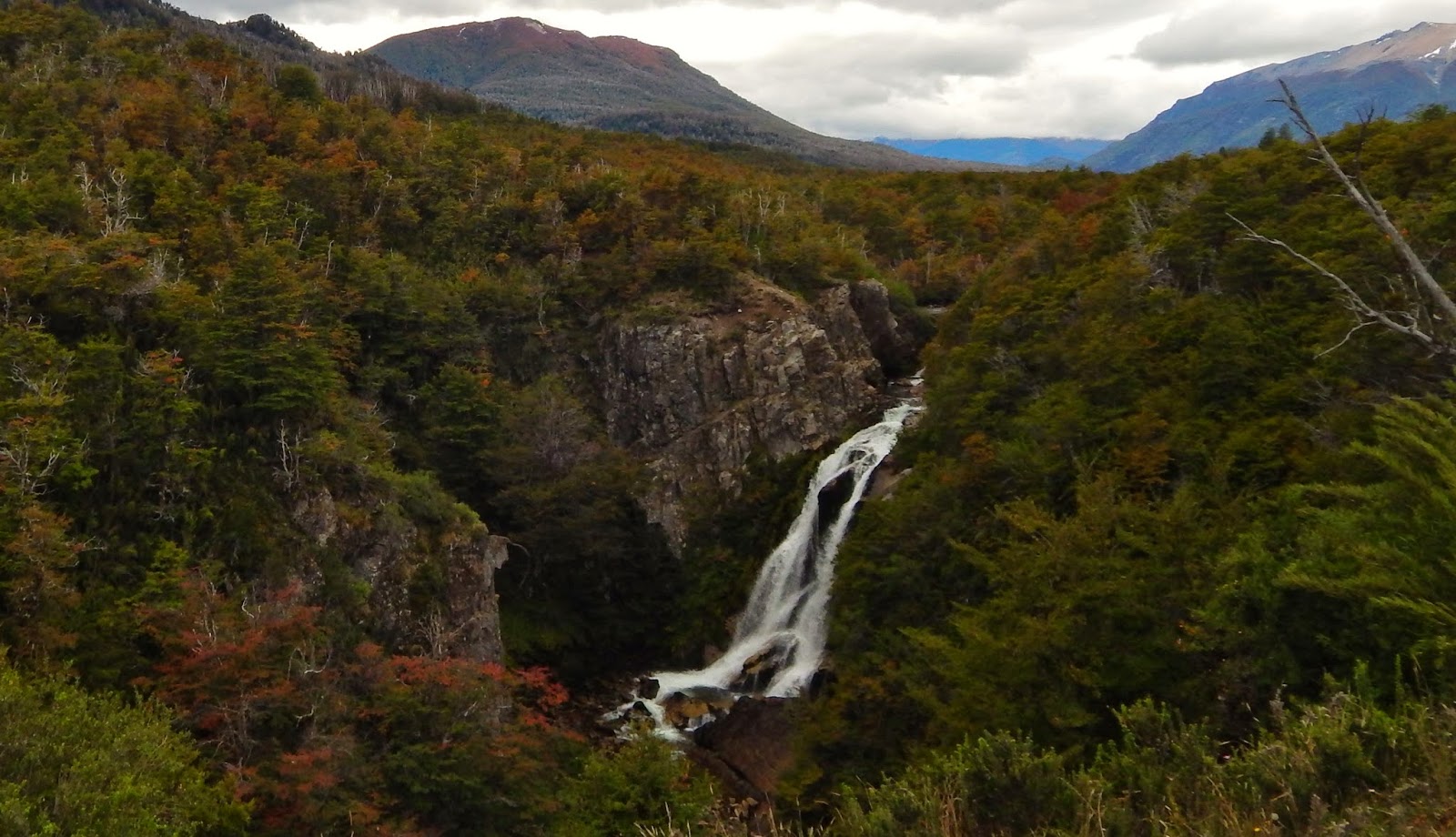 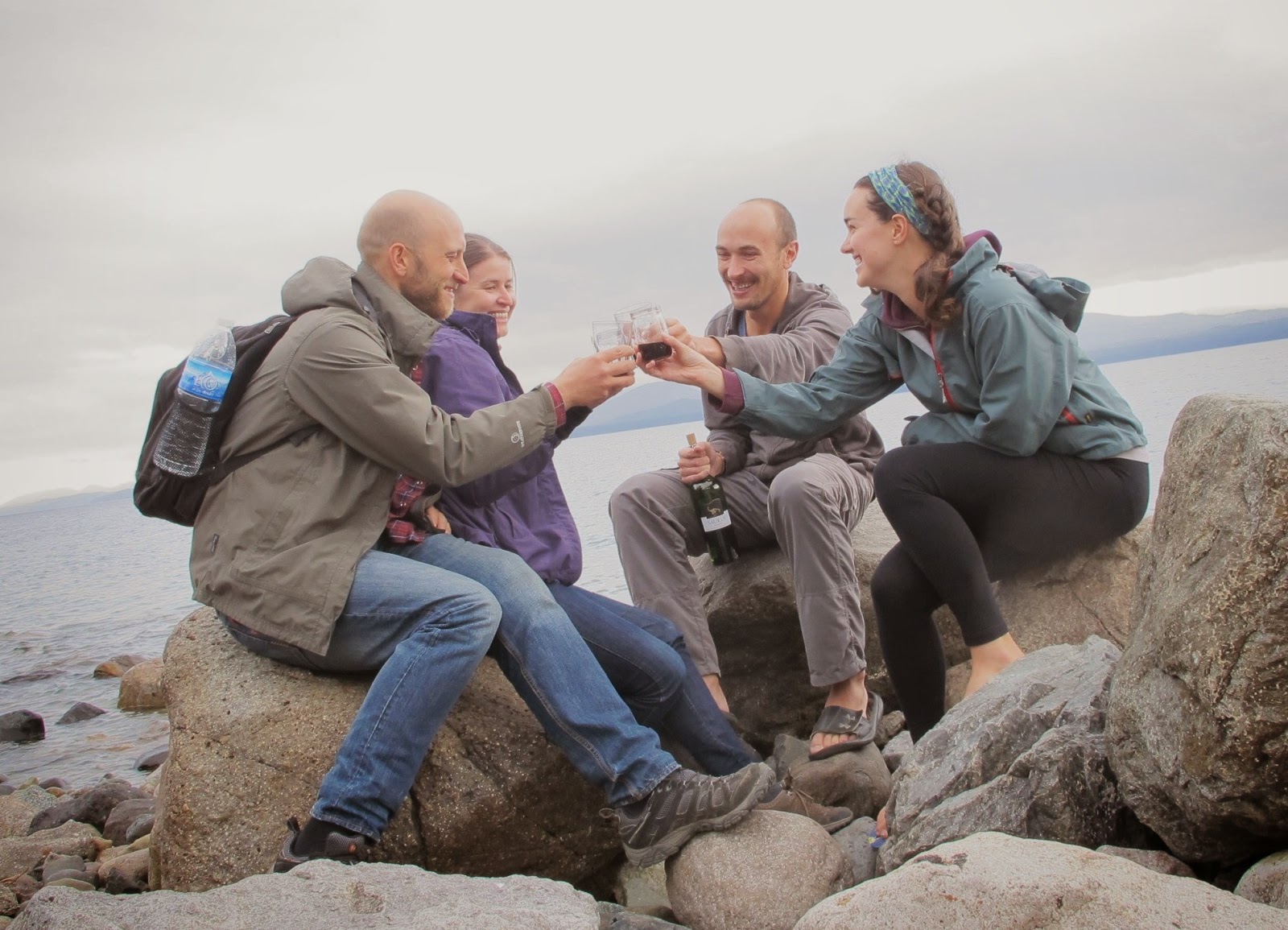 We took our last day in Bariloche to enjoy the local wine and play games with Kristen and John. After remaining anti-social in our hostel for a week, we understood why the hostel staff didn't bat an eye at our guests; they were just so excited to see that we had friends!

We enjoyed a delicious meal and even got outside for a brief break in the rain. 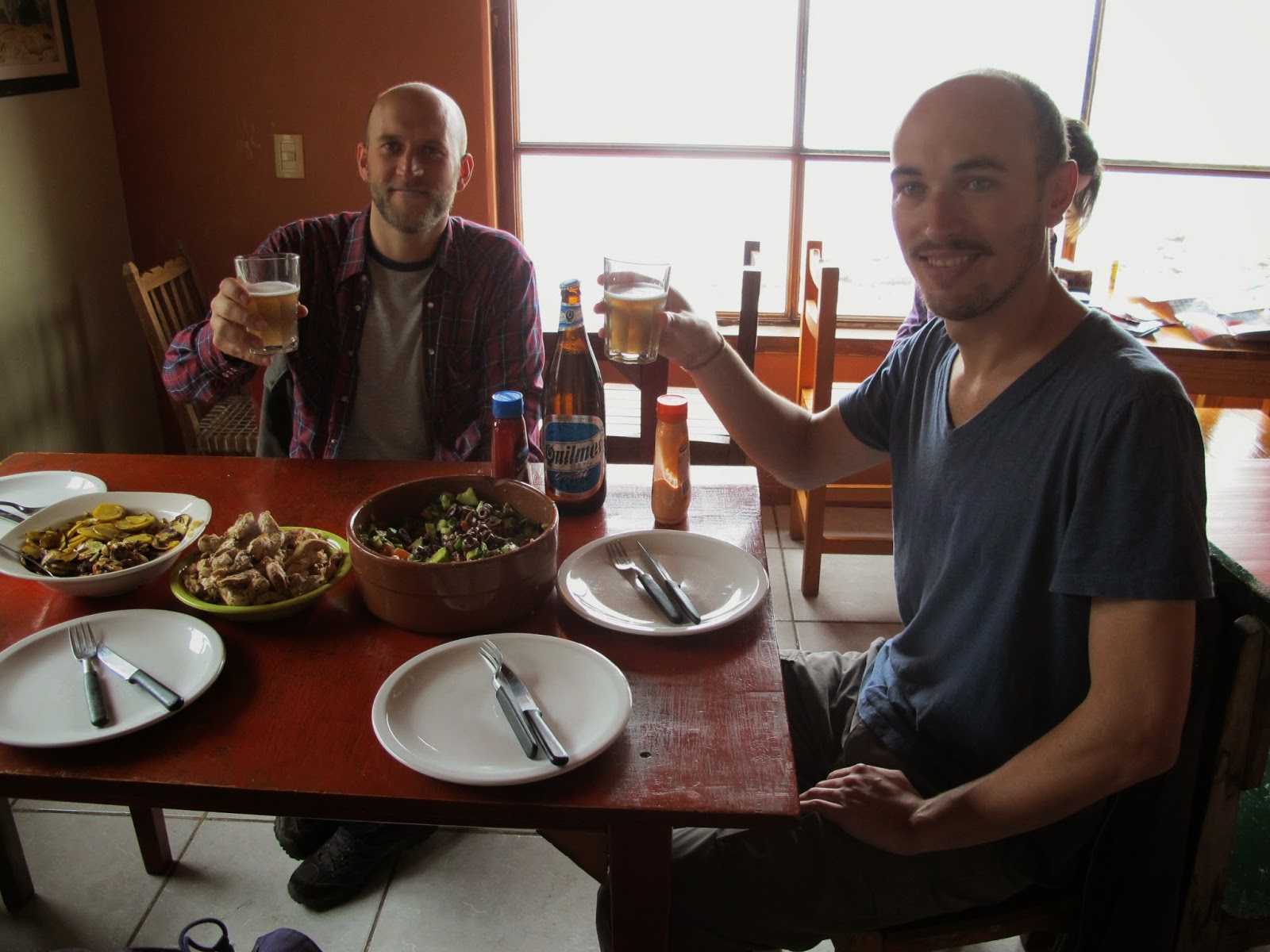 We were meant to take a bus out to San Martin but the rain fell with such force that we thought it might be cancelled (that was the rumour going around). Neuquen and Buenos Aires were flooding, and Bariloche had received their annual average rainfall in the past four days we'd been there. With nervous looks and an adventure High Five, we grabbed a cab to the bus station, our driver expertly navigating through the streets that had become rivers. Craig noticed that the one bus in the station read "San Martin de los Andes" and went to ask. Lo and behold, it was still running! Through pouring rain we made our way back to San Martin and spent the night listening to it continue to come down around us. 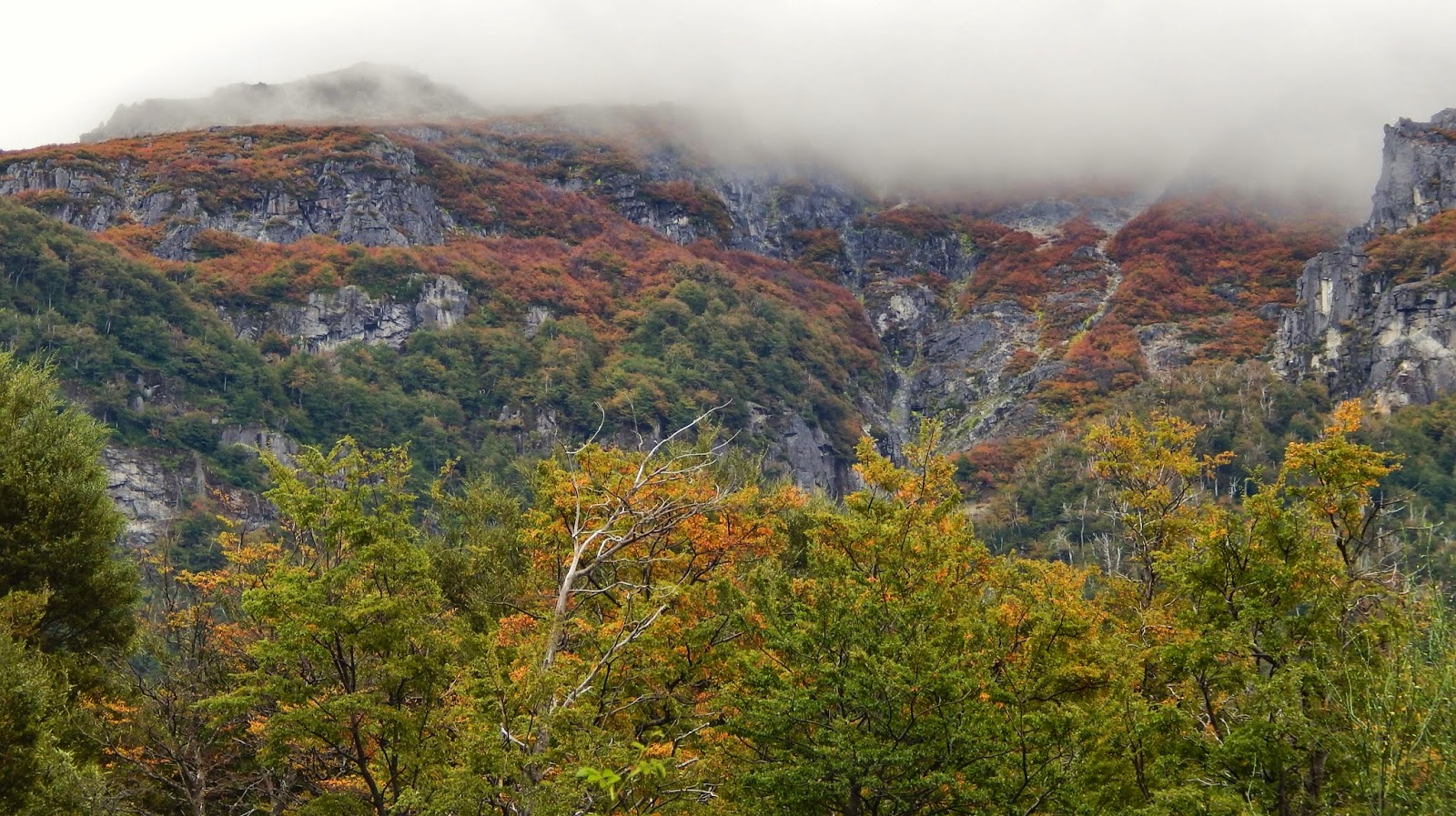