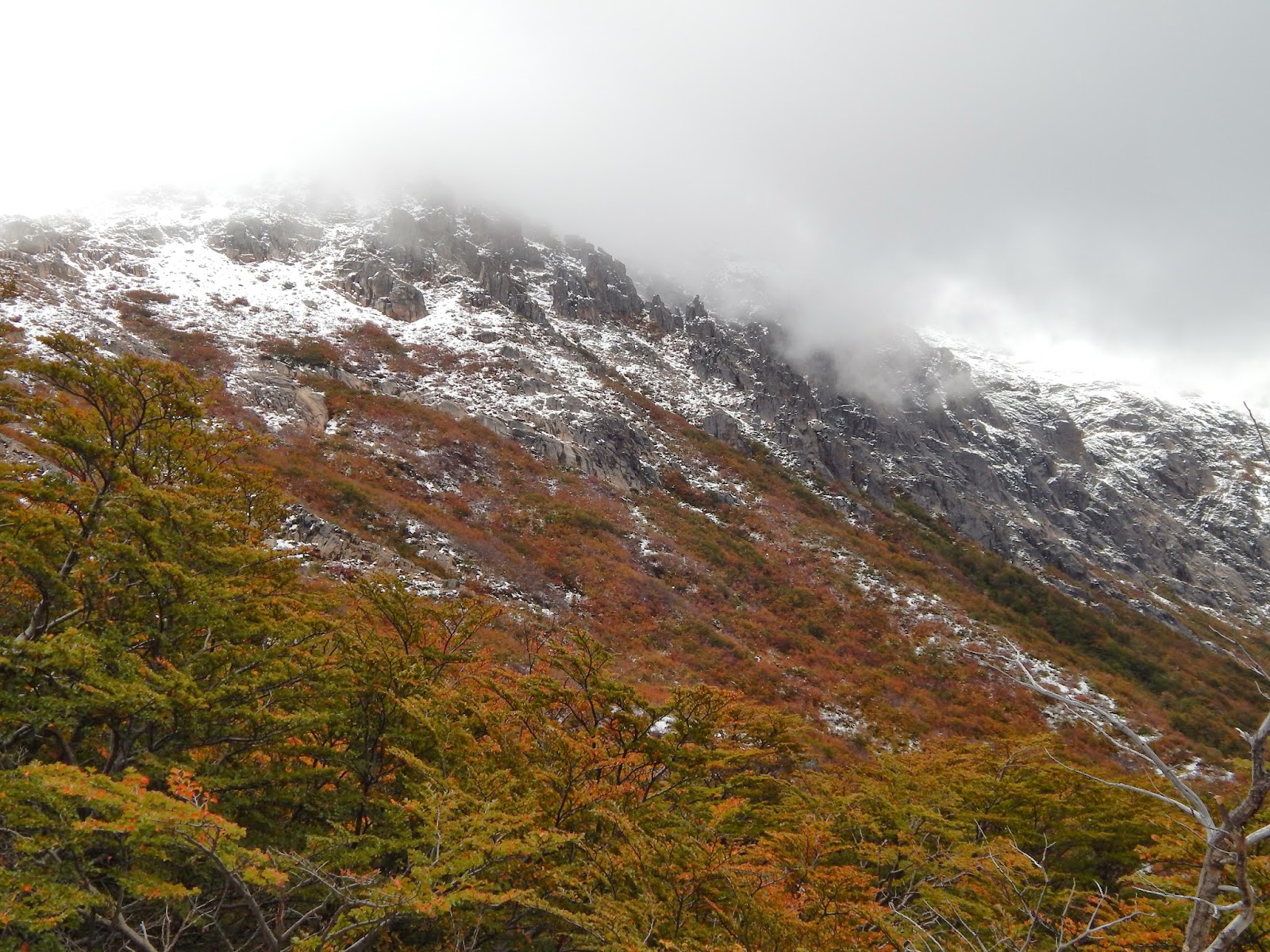 Our forecast showed that this was to be the one clear day during our time in Bariloche so we set off on our most ambitious hike. We waited 40 some minutes for our bus to arrive under a cold blanket of clouds. The bus pulled into a cute little ski village a short while later and we were off in the midst of a horde of hikers. Marsha, a girl from Australia joined us as we let ourselves slip to the back of the pack to enjoy some more peace and quiet. 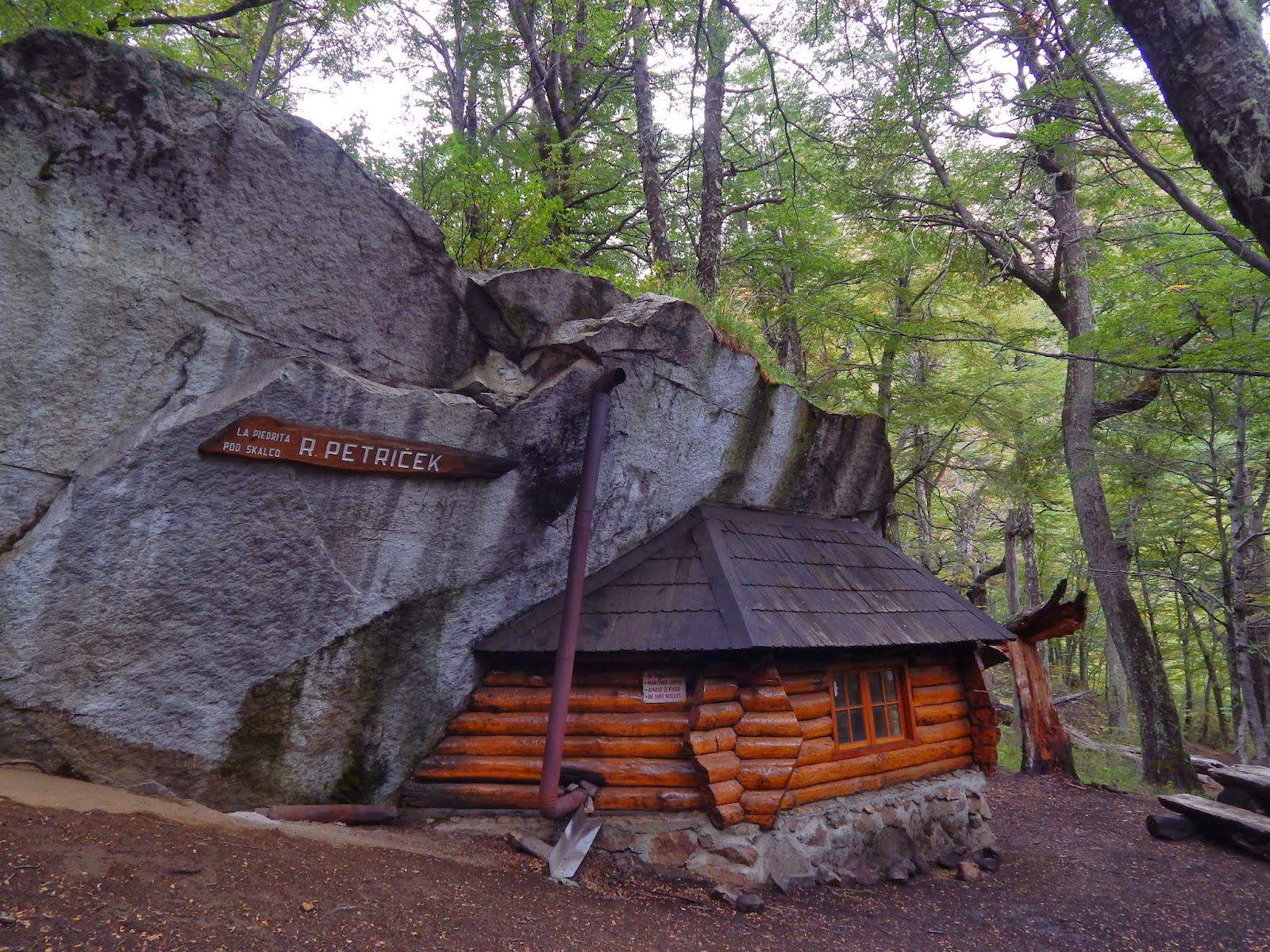 The peaks were still shrouded in clouds but each view we got up or down a valley provided glimpses of the most spectacular fall colours. The forest had huge pine trees spaced apart which allowed a decent amount of light to reach the forest floor. This dampened the chilling effect that the hand-painted sign reading, "beware the forest" had on us. We crossed over a babbling brook and the hike continued gently for most of it. We stopped at a refuge that appeared to have been built by elves; half of a wooden cabin had been built under a giant boulder. 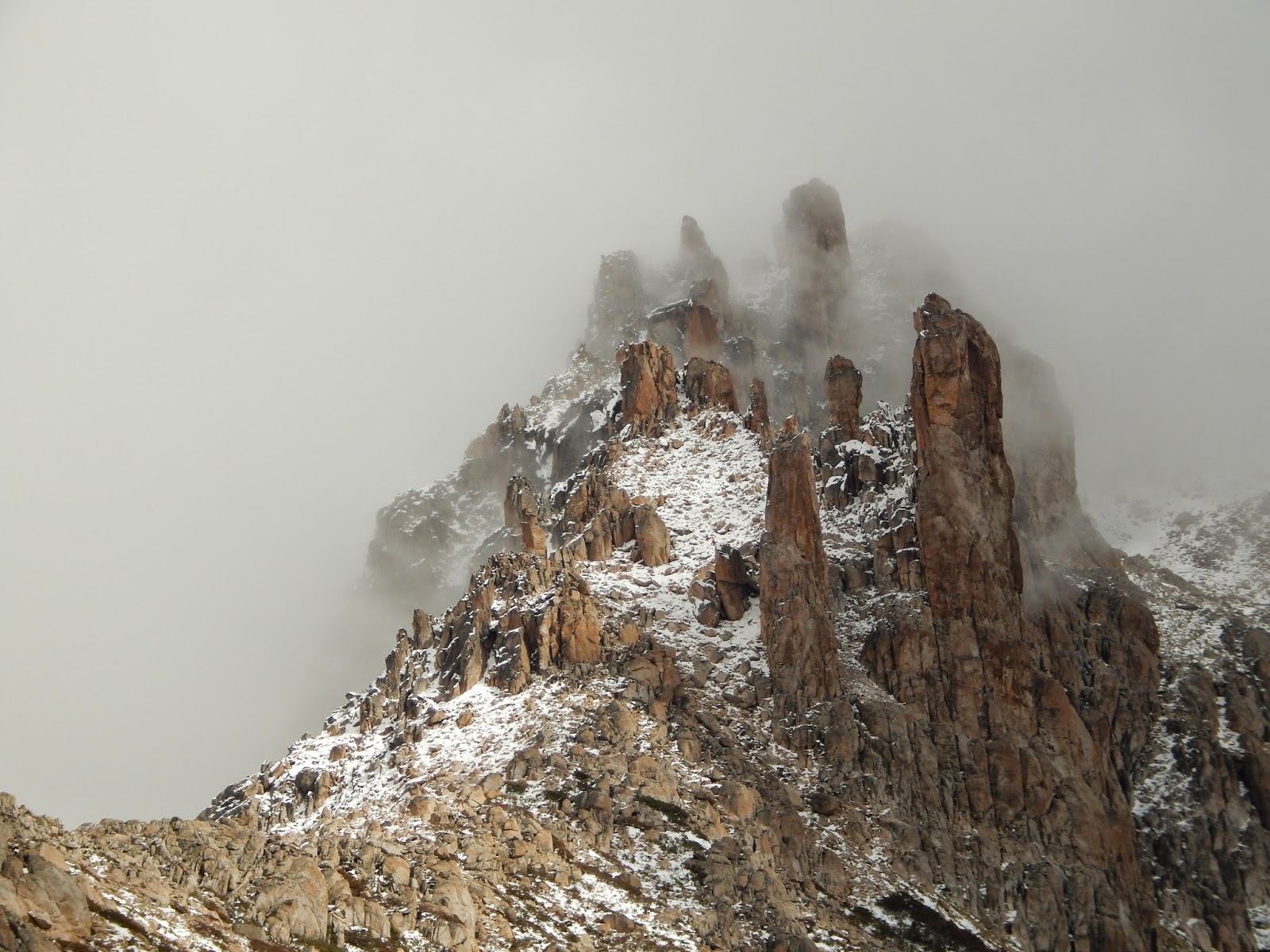 From there, the trail climbed steeply. Our views improved proportionately with the increase in difficulty as icy, packed snow made each step fraught with peril. We reached the refugio at the top of the pass(?) in good time and had lunch, hoping that by the time we were ready to return the way we came that the supposedly stunning peaks would reveal themselves.

Sure enough, as we finished, the haze lifted and we could see the lake beside us and the craggy points of the surrounding mountains that draw climbers here from all over the world.

If we had hiked quickly on the way up, our descent was at a lightning pace. Marsha knew the bus schedule and we would have to hustle to make it and avoid waiting an hour for the next. With 5 minutes to go, we sprinted the rest of the trail, up, down, it did not matter. We pushed ourselves beyond our limits and thankfully arrived in the parking lot just as the driver was ready to pull away.

Unbelievably sore, the bus journey was silent as we rested as our sweat dripped quietly to the floor.
Posted by Craig & Erin at 7:22 AM