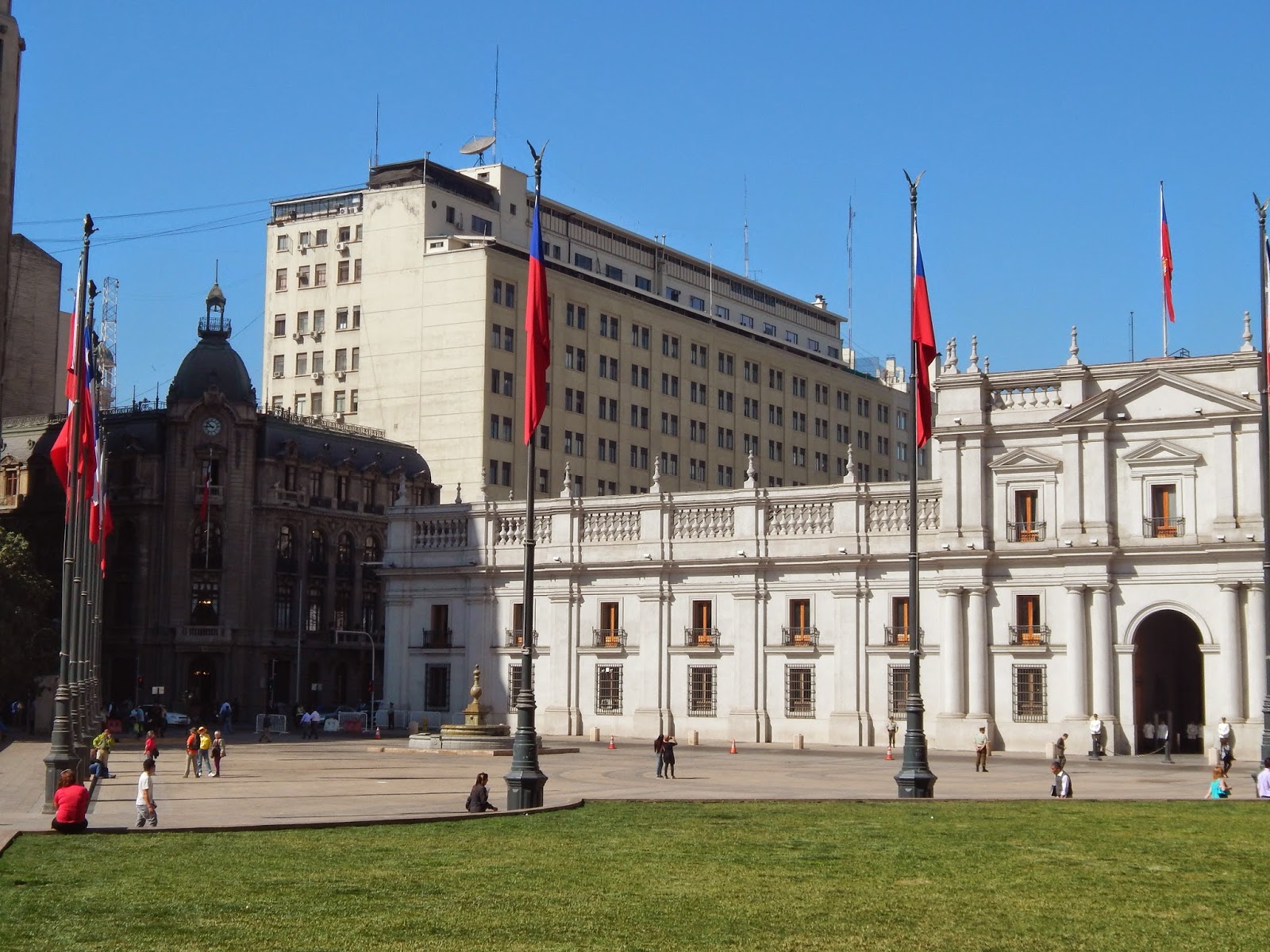 After months in Patagonia, we were excited about our week of city time ahead. We needed to be grounded by a little history.

It didn't take long to form a positive impression of Santiago. Like elsewhere in Chile, cars stopped for us at intersections, the streets were impeccably clean and within moments, a woman paused to ask if we needed help finding somewhere. The street stalls (also clean and well-organized) boasted everything from kitchen gadgets to tarot readings. 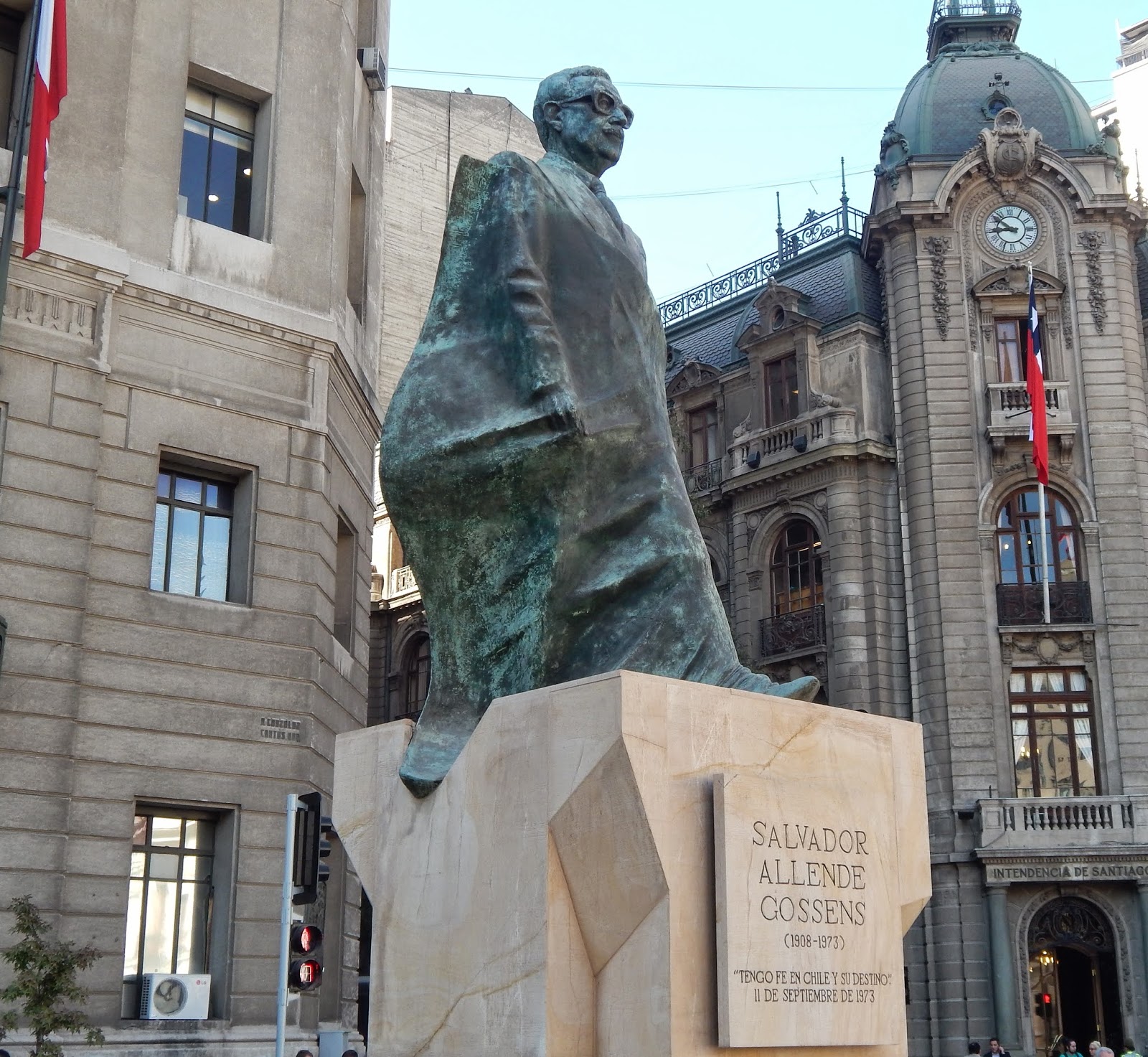 And, needless to say, we were ecstatic at the change in weather. Our first day there hit 30 degrees and there wasn't a drop of rain.

We headed out to stroll past the Palacio de Moneda, or presidential palace. It was bombed heavily during the military coup in 1973. Then-President Allende, depicted in this statue, stayed inside, gave Chileans an incredibly moving speech under moments of extreme stress, then took his own life. We'll share more about the military takeover in tomorrow's post. 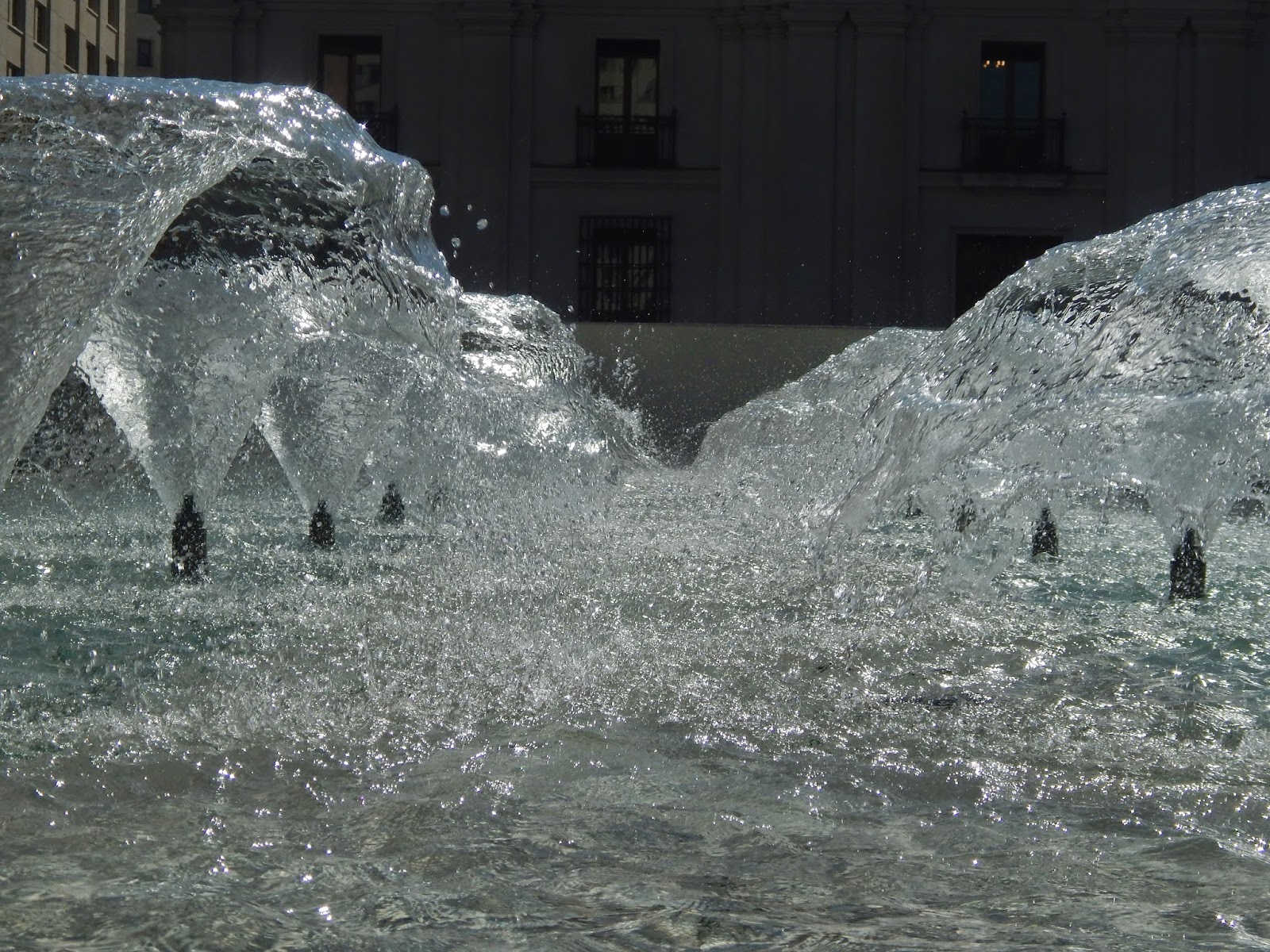 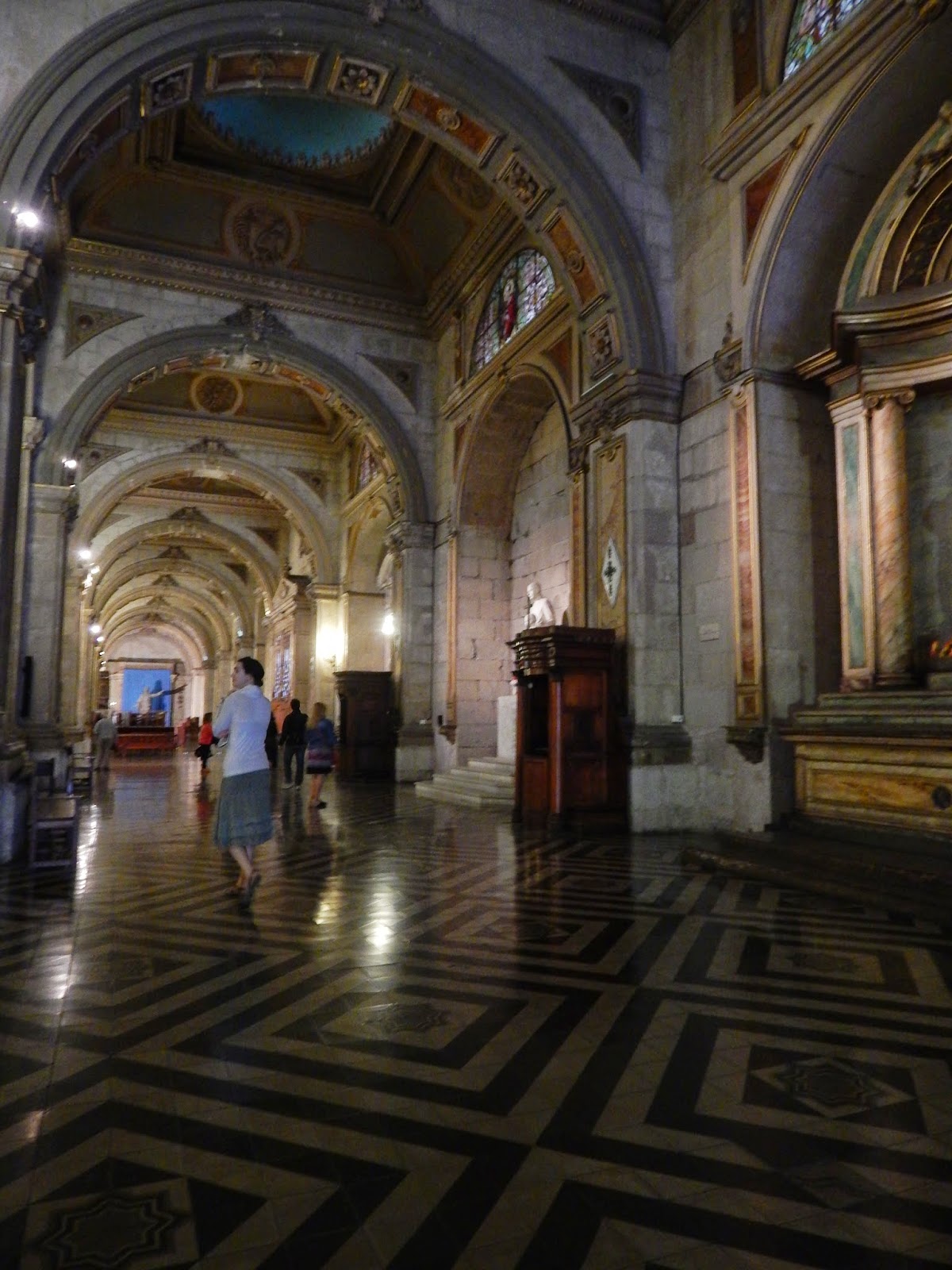 Next, we walked passed a few beautifully ancient churches, and stepped inside the Metropolitan Cathedral of Santiago. Built in 1748, it was reconstructed after one of Chile's many earthquakes. We sadly missed touring the Plaza des Armas, just outside, because it is under construction, but peeking over the restoration walls we could spot an interesting-looking statue. Craig, John, and Kristen grabbed empanadas from the cutest empanada bar, stuffed full of locals for lunch. They had the flakiness of French pastries and tasted like a cheese danish. 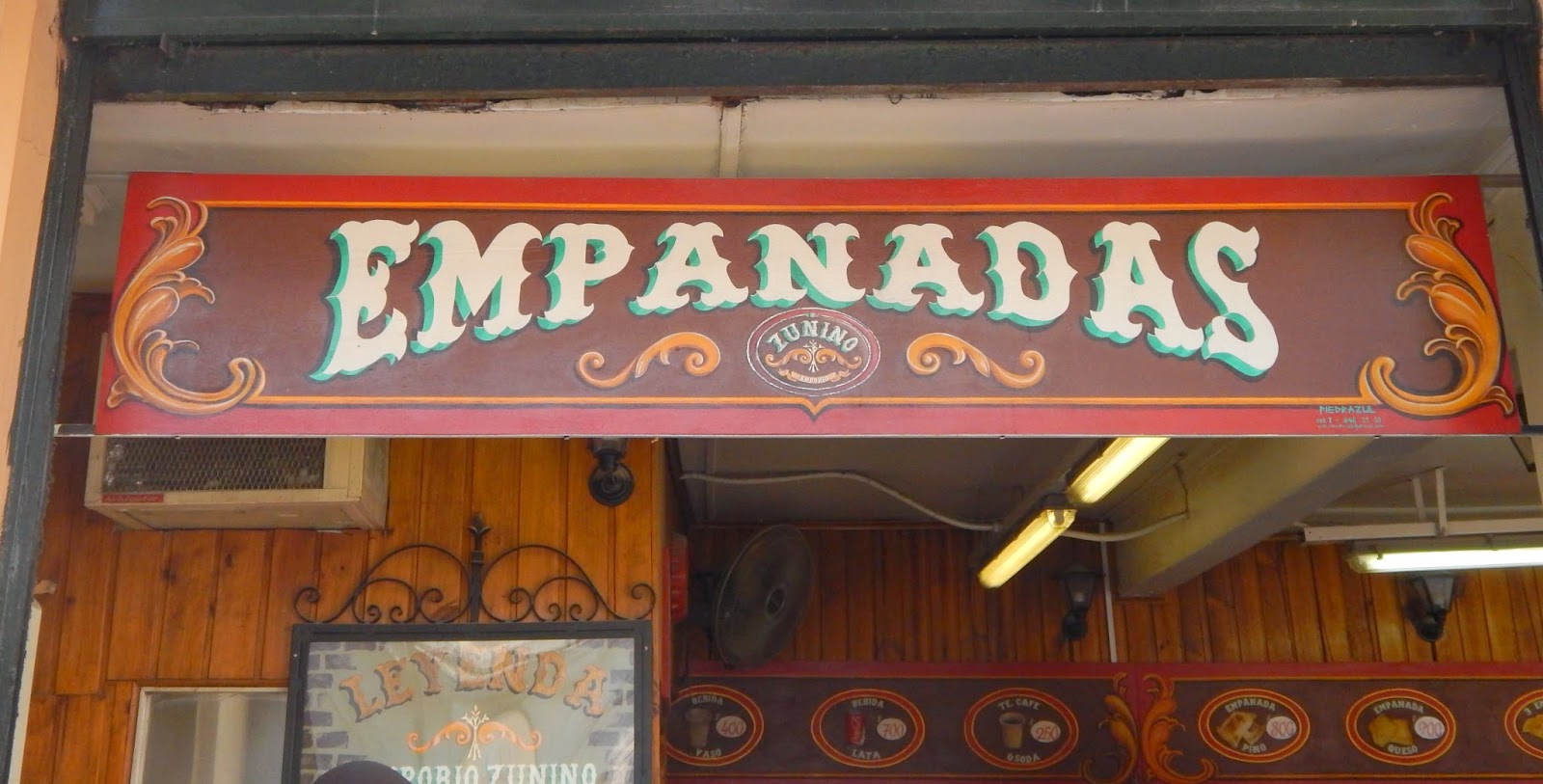 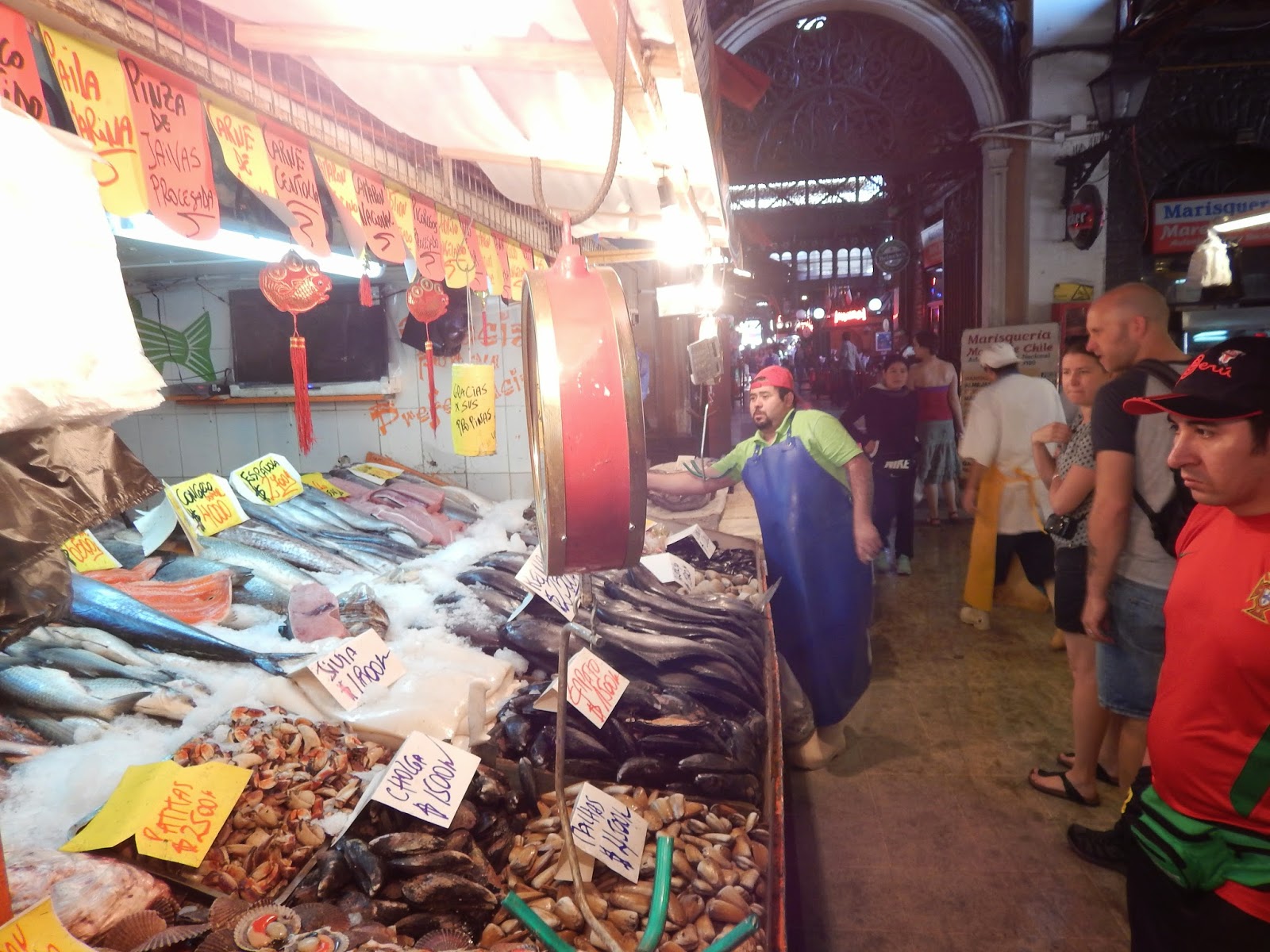 We landed at the Mercado Central for lunch, the local fishmarket and tourist attraction. Thanks to the well-researched advice from John, we expertly avoided the tourist traps and sat with locals at a small joint with a kitchen so tiny they had to make our meals one-by-one. After placing our order, the owner crossed the aisle to the fish stalls to pick out the fish we'd just ordered.

We walked back home and spent a bit of time on our rooftop terrace with panoramic city views and our feet in the frigid swimming pool. Not a bad life at all! We tried to come up with a plan for our next few days, which disappointingly wouldn't include a day trip to the shore since Valparaiso was still fighting a terrible fire. Maybe we can squeeze it in when we come back from Easter Island.
Posted by Craig & Erin at 3:30 PM