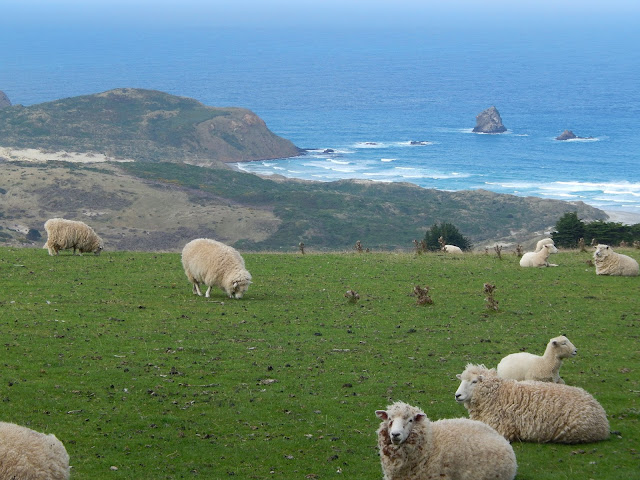 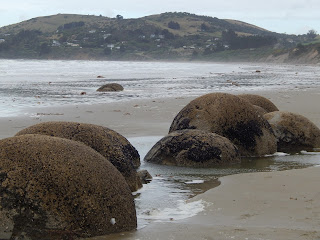 "The penguins have all gone out to sea today." Hmm... not the best start to the day. Aren't the little blues nocturnal??? We'd already driven two hours and this was supposed to be our big stop - knock off another penguin species (the smallest in the world), eat our packed lunch...the lack of penguins dampened our already wet moods from the persistant rain, and the head cold we were all fighting. Instead, we found a cute cafe in a restored barn to have lunch at, feeling like we'd earned a meal out from the money we'd just saved from the lack of penguin viewing. After lunch, we continued heading further south and enjoyed a brief stop and walk at the interesting spherical moeraki boulders. 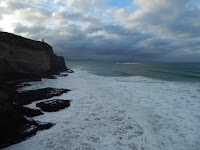 We passed through the very nice looking town of Dunedin (the beautiful train station looks worthy of a stop for anyone not travelling with a tired baby ready to get OUT of her car seat for the day), and wove our way out onto the Otago Peninsula. Our bach was a quaint bungalo set right on the tidal shore. We enjoyed looking out at the wading birds and watching the tide come in and out. When we finally were ready to brave the brisk sea air, we hopped over to a gorgeous cliff that hosts the albatross colony and protected area. We debated going in but it was too rich for our blood. Instead, we stood on the cliff outside admiring the view and felt like petty criminals when an albatross would fly overhead before returning to its protected cliffside. 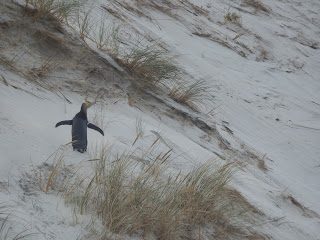 When the sun finally poked through on our last day, we hustled out the door in the direction of the terribly, and thankfully not too accurately, named Sandfly Bay. Craig had learned that it's possible to see penguins here on you own,  if your lucky and with an expert spotter oh Erin.  The thrill of looking for them also meant that we didn't have to shell out to a landowner for the privilege or have to wait until Baby gets upset later in the afternoon.


We approached the beach from above and used our snowshoeing skills to half run-half slide our way down the sand dune path. After a half kilometer walk down the pristine beach, Craig, wearing Baby, stopped to take a break. Erin continued on with the plan to motion to Craig if she saw something. She'd barely gone 20 m when there-shuffling between two sand dunes-was a yellow-eyed penguin! (It was having just as much trouble on the sand dunes) We enjoyed watching it for a few minutes, then continued on to give it space. 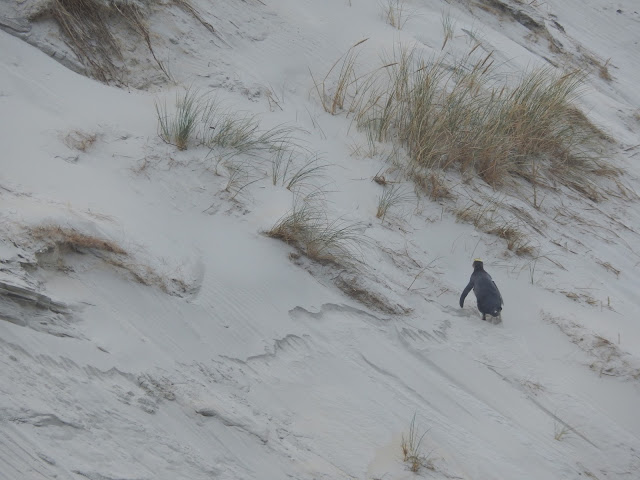 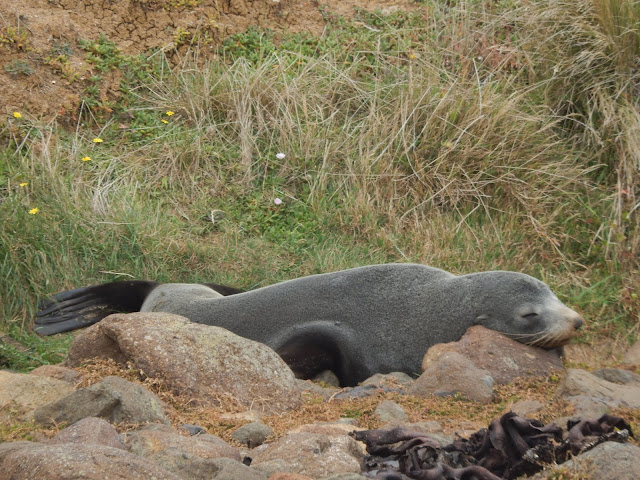 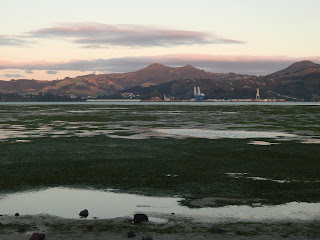 We walked the length of the beach and back without another sighting (unless you count a colony of lazy sea lions), and turned towards the path to the parking lot. Our sun was long gone at this point and we were getting wetter by the minute from a combination of rain and mist coming off the roaring waves. It was then that Erin spotted a second penguin coming in from the ocean. It waddled up the sand and began the laborious climb straight up the dune. We began to feel sorry for it before remembering that we had the same climb ahead of us. It was likely the most challenging hike we'd done thus far on the trip... two steps forward and we'd slide one back as we trudged straight up, up, up the sand. But it was all worth it to see not one, but two of the world most endangered penguins! 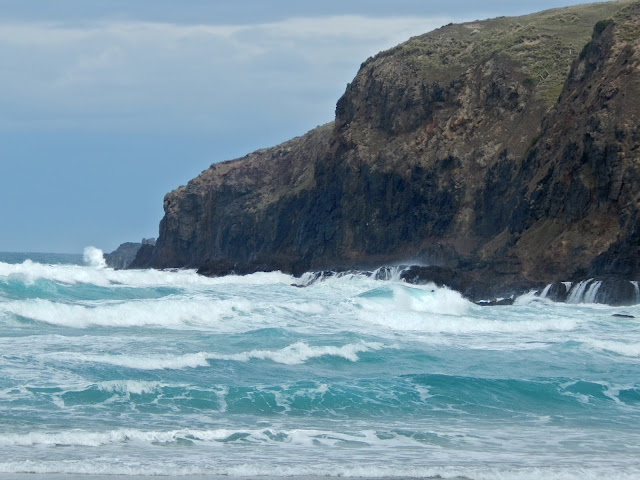