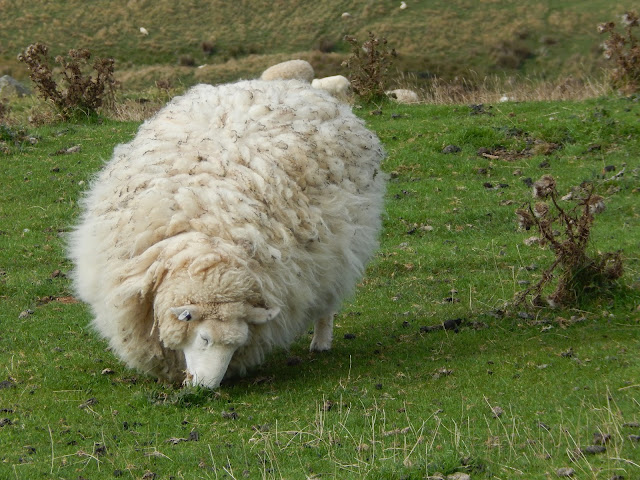 Our time in New Zealand has sadly come to an end. We'll certainly miss it and would love to go back someday. We've compiled some of our lingering thoughts from our time here so we can remember them.

First: the landscape. We came here for beauty and man, did we get it! There are such spectacular and diverse sights to be seen across both the North and South Islands. Each driving day brought something new, so much so, that we frequently referenced our time in Madagascar as a comparison. It's a shame that so much is covered with tree farms and pastures so it's difficult to get a sense of the native habitat. Our favourite places were Punakaiki (for Erin) and Milford Sound (for Craig). It was also a bit different for us to not be on animal watch (except for in the water). Many places felt like they should have monkeys or something cool to be searching for in the trees. At least there were no dangerous creatures to be watching out for. The drives were engaging from the diversity of landforms but also the variety of livestock we saw. There was everything from sheep to cows to horses to sheep to goats to llamas to alpacas to sheep to pigs to chickens to... did we mention sheep? We even saw a few ostriches!

Second: the people! New Zealanders are so friendly. We had great experiences all over the country thanks to the relaxed and gentle nature of everyone. And, of course, everybody loves a baby! So it was great to have our own little icebreaker along for the ride.

One common theme that emerged at tourist sites that we weren't big fans of was the disdain for native plant life. In Waitetapo, it was refered to as "barren native bush" while a lush rainforest of said bush sat behind the presenter. With that, like many places in the world, was the focus on European disocvery as original discovery, completely ignoring the Maori who were there beforehand. We can't judge that too much, though, as Canada has the exact same issue.

In many ways, New Zealand seems to be ahead of us in Canada. Travelling gluten-free was super easy. There is clear labelling of packaging for allergens, palm oil usage, and health ratings. Even the cafe in a one-horse town had their bakery items labelled (and there were gluten-free options!). There is a strive for enviornmental sustainability and we even noticed free coffee grounds available at gas stations for you to take home for your garden! Rarely, however, are there change tables in bathrooms and if there are some, they're only in the women's. So changing Baby in the car, in the stroller, or on any mostly flat (very public) surface became commonplace.

NZ seems to have a thriving art community with many posters for musical performances and craft shows. Beautiful town signs and murals enhanced all the little villages we drove through, making them each unique. We appreciated the excess of public washrooms, parking, and well-signed beach access roads. The downside was that it's not a requirement for restaurants to have bathrooms, so you may need to walk a bit to get to one if you're in need.

A commentary of New Zealanders would not be complete without a discussion of language. This trip had all the classic qualities of a regular trip for us: apprehension regarding social situations, bargaining who would go ask for ___, mental preparedness prior to an interaction regarding vocabulary that might be used... except that we were in a country where the population spoke English! It was so weird to feel all those insecurities when we speak the same language. There were some occasions where someone would ask us a question (at a grocery store till, for example), and we would return blank stares, having NO idea what they asked. As much as we tried to work on our accents, we just couldn't figure out those vowels.  (Except that we can both nail the word,  "tiger." Super useful in social situations... 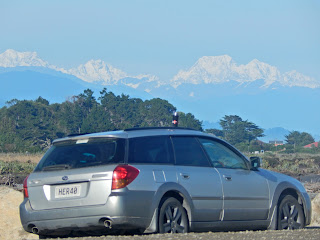 With the amount of road tripping we did, we couldn't possibly say goodbye unless we mentioned Number Three: Driving. There are signs all over the country warning (boasting?) that New Zealand roads are different. At first, we chuckled at this. Yes, they're windy and mountainous and only two lanes, often at high speeds, but we're used to that in the Rockies. It's not like some of the countries we've travelled in where road markings are a laughable aspiration and red lights are something to consider. We tried to think of taglines for other places we've been, our favourite being: "Malagasy roads are different: sometimes they're not there." Ahh...the good old days when travelling between towns meant stacking some 2x4s on the front of your car so that you could literally build the bridge as you drove across it. 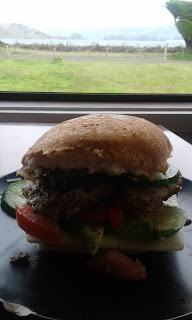 But in all seriousness, New Zealand roads are different. First of all, you have to drive on the left. We got used to that pretty quickly. But second of all, the ENTIRE COUNTRY is under construction. There were some days when we'd barely get 25m and we'd be in a new construction zone. Yet, they felt the need to raise the speed limit back up to 70 or 80 or even 100 for that tiny little stretch before it became 30 again. And don't get us started on their 30 zones...someone has a very mixed idea of what constitutes a 30 zone. It could mean that there's a bend in the road, or that for three strides you don't have a centre line, or that the road hasn't been sealed yet so there's the teensiest chance that gravel could get kicked up (this is a popular one). Or, it could mean that your road has completely disappeared and you're now being detoured down into a field and back up again. !!! And the best in all of that is the road signs. Someone high up in power has a brother who owns a sign company, and let us tell you...he is rolling in it. "Warning!...Construction," "Warning! ...Curve ahead," or our personal favourites: "Warning! ...slump," and "Warning!...Event!"

All in all, we loved our time there. It was quiet. It was peaceful. We were often the only people on the road, at a stunning lookout, or at a tourist spot (except for Queenstown... what? traffic? On our roads?!). And most importantly, the country was delicous! Maybe one day they'll figure out how to plumb houses so sinks have only one tap with tepid water rather than the choice of freezing or scalding... 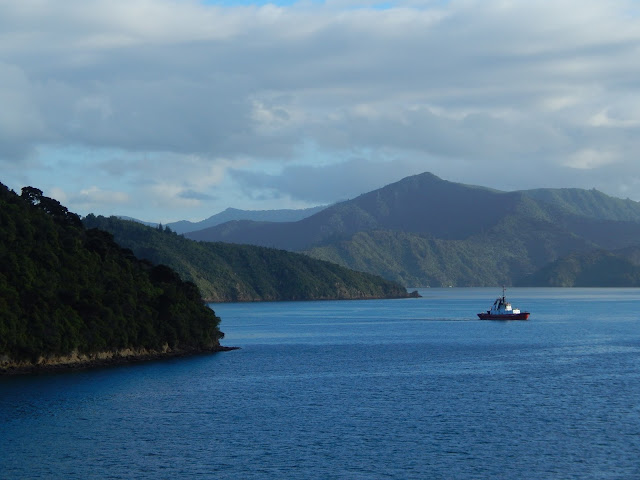