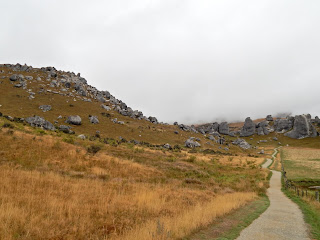 Our drive out the other side of the pass was not much better. Rain splattered the car windows, encouraging us to keep our stops short and purposeful. The lengthy walk we'd planned at Castle Mountain to explore the symbolic Maori boulders became a quick jaunt halfway up the path, then back to the warm glow of our car. We were forced to find a stick-in-the-woods café where Craig could keep dry while Erin nursed since Alexandra is too stuffed on driving days for him to be in there during feedings. 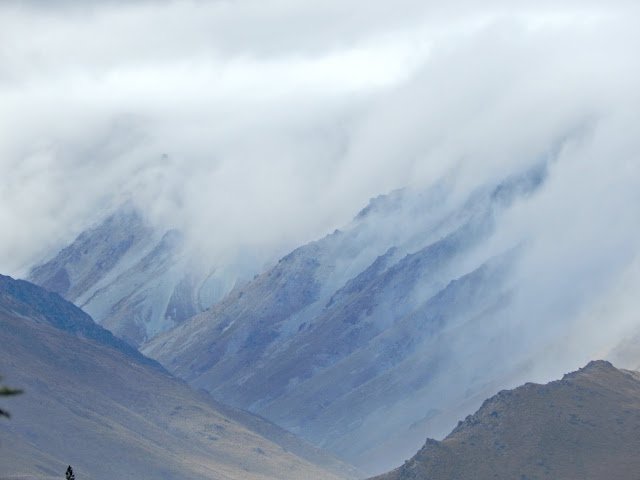 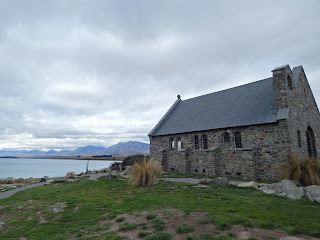 The rain subsided long enough for us to stroll a bit at Lake Tekapo. We took a look at one of the most photographed churches in the world. It's the perfect place to get a night sky picture because it's located inside a Dark Sky Reserve. We had high hopes for stargazing opportunities at our nearby accommodation. However, the rain gods had other plans as thick cloud cover put the idea of any nighttime viewings to rest. 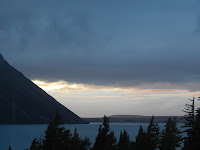 With crossed fingers, we drove an hour to Mount Cook, the town at the bass of the tallest mountain in New Zealand. Alas, views were not to be found and our dreams of splurging on an airplane tour were dampened. We did two short hikes anyways, hoping things would clear as the day wore on. 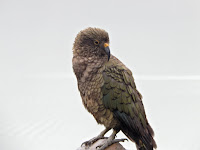 Instead of a view of the mountain, we were rewarded with a close-up encounter with two keas (alpine parrots). They surprised us in their large size and colouring, and startled Baby with their aggressive cries. Our second hike was noteworthy for Erin because it was the first time she felt strong enough to baby-carry, something she'd been longing to do for over four months now. 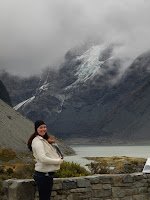 A chilly wind blew us back to our home at Lake Ohau, and reminded us that winter is coming in New Zealand. Thankfully this NZ bach was well-prepared for fall weather and we were able to find a way to drown our rainy day blues away. 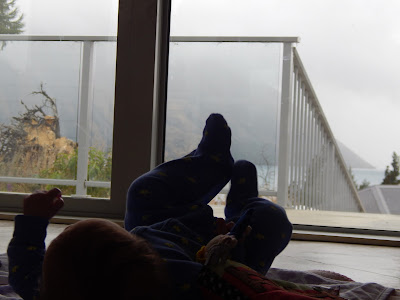