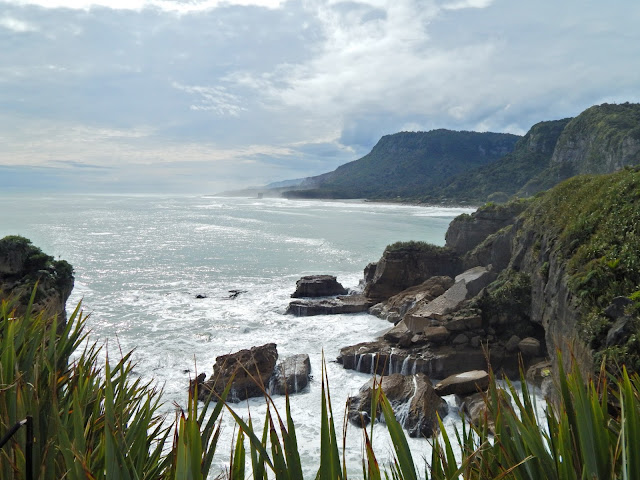 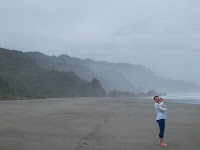 The next morning was spent driving along the coast, pulling off at every possible turnout to soak up the amazing views of the west. For once, we were in no big hurry because our drive to Arthur's Pass would be short and if anything, we wanted to delay things so we'd get to the Pancake Rocks as close to high tide as possible. 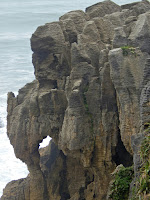 The Pancake Rocks are Punakaiki's big tourist attraction. These interesting formations coupled with a set of blowholes set against the wild backdrop of the relentless sea made for a spectacular stopping point. It's rare for us to go to something so touristy (and by New Zealand standards, overrun with people) and love it so much. If you're headed that way, we'd recommend allowing an hour to view this site even though you could walk the path in twenty minutes. If you're anything like us, you'll get addicted to one spot and want to watch it until a satisfyingly huge wave comes by. Keep an ear out, as well, for the thunderous roar you can hear as each chasm fills with frothy water. 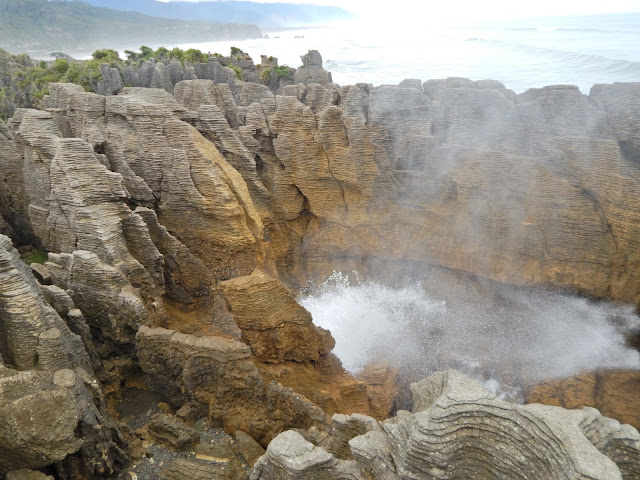 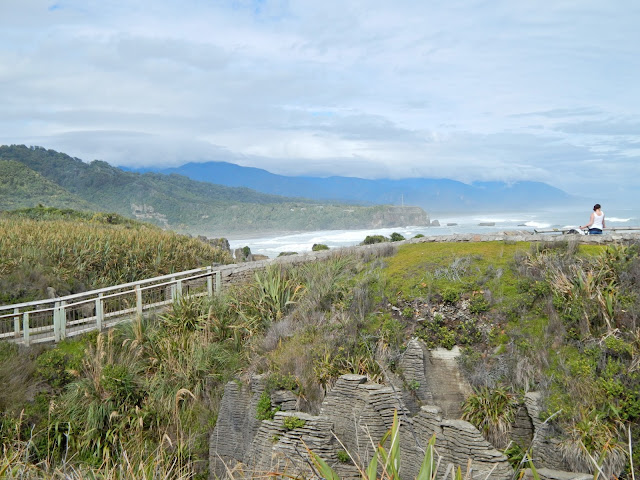 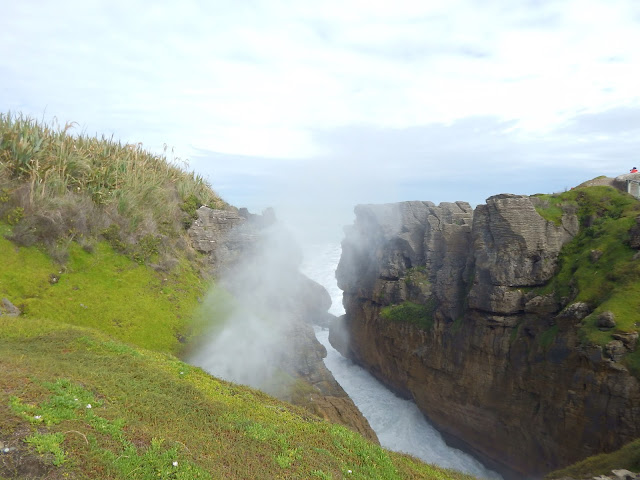 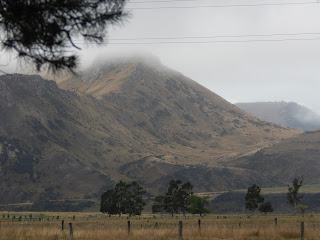 When we finally tore ourselves away, we continued onwards. The drive took us longer than expected because not long after leaving Punakaiki, we arrived upon an accident on the highway. Most passengers and drivers from the long line ahead of us were out of their cars, milling about on the side of the road. We didn't get all of the details but we know it involved a motorcyclist and we saw an air ambulance fly in and out. Hopefully everyone involved was ok.

It had started drizzling by the time we turned off into Arthur's Pass and the cloud cover was low. One of our most scenic drives, though atmospheric, was hidden behind a wall of grey. A little disappointed, we arrived late at our cottage and hoped for sunny skies the next day. 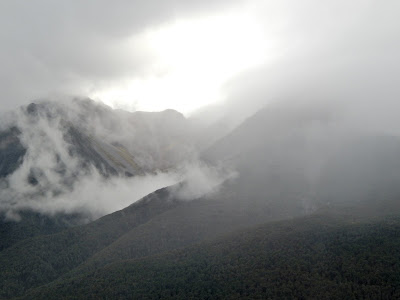