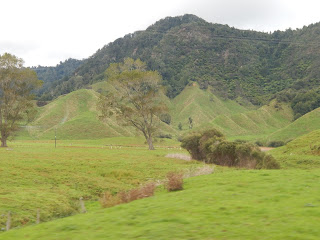 After the exhausting drive to get to Rotorua, we decided that we needed to be better at planning our driving days. So we looked ahead at where we most wanted to stop and mapped out a day that, although longer than it needed to be, allowed for breaks at convienent times in locations we were interested in seeing. We were also getting the hang of sticking to Baby's normal routine so she was less upset about the number of hours we were spending in the car.


With that in mind, we pulled out of our Rotorua motel at 7 am and drove straight to the glowworm caves of Waitomo. This excursion had given us much debate. First, were they going to be worth the $100 we'd need to spend on them (for some reason it only ended up being $65)...this seemed like a lot of money to see a giant cave with some mosquito larva. Second, could we bring Baby, and more importantly should we bring Baby...if not, how would we manage that? In the end, we decided not to bring her and to take turns going on the tour because we learned that noise can interfere with the brightness of the glowworms and we didn't want to affect our, or anyone else's, enjoyment of this expensive experience.


The caves were interesting and incredibly beautiful, so we felt they were worth the money we spent. The best part was the boat ride at the end where we silently glided through a network of caves under a blanket of glowing stars (except the the "stars" were really long sticky larval strands meant to poison prey). Also of worthy note was the intricate rope system the (should we call them ropesmen?) guides used to navigate the boats in the dark so they refrained from touching the delicate limestone edges of the cave. 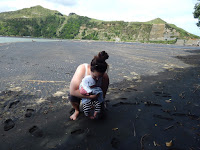 With this lengthy break under our belts, Baby was more than happy to be back in her snooze-chair, so we pushed onwards to the western coast where we enjoyed a nursing break and short walk along a silky soft black sand beach, and then another break for a  boardwalk stroll in New Plymouth where we also took in an old timey tea and vintage car gathering. 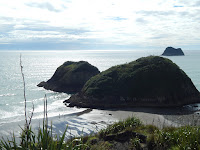 From the seawalk we could see these stunning and unique landforms called "sugar loaf islands", which were a big part of what brought us to the region. Rather than banking on having the energy to drive back another day (¬30 minutes) we elected to drive closer and take them in beofre picking up groceries and a few of our favourite wines. 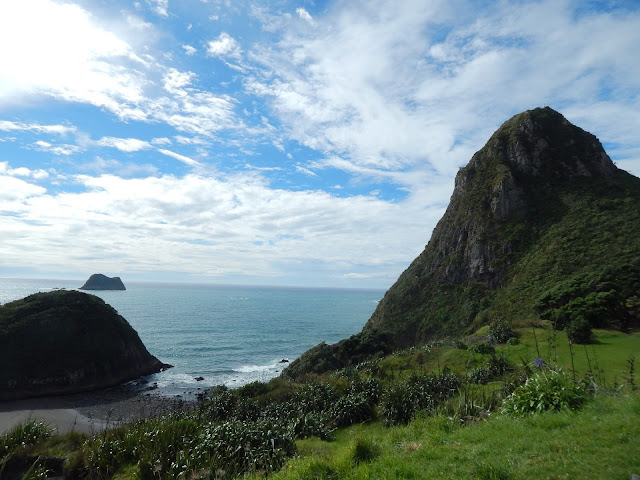 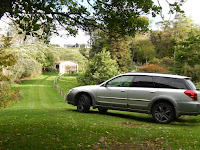 One short drive further brought us to our country cottage complete with grass driveway over a gully, and three barking geese that resented our entry. This proved to be Baby's favourite accomodation thus far, her smile lighting up the musty cabin as she admired its wood panelling. It seems that she might take after Craig and her Grandpa and become a woodcarver one day. 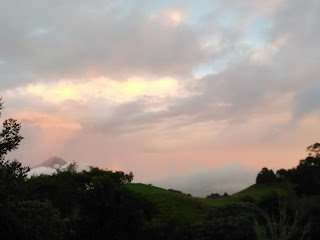 Rain clouded the forecast for our time here so we didn't bank on seeing the great Mount Taranaki. It was hidden behind the clouds when we arrived and the following day. We apparently had views from our property (but not the house), so on our second evening, after the rain had passed, we took turns running out every twenty minutes to see if it was showing its face. We were finally rewarded with not just a view of it, but a sunset rainbow extravaganza. How did we get to be so lucky?! 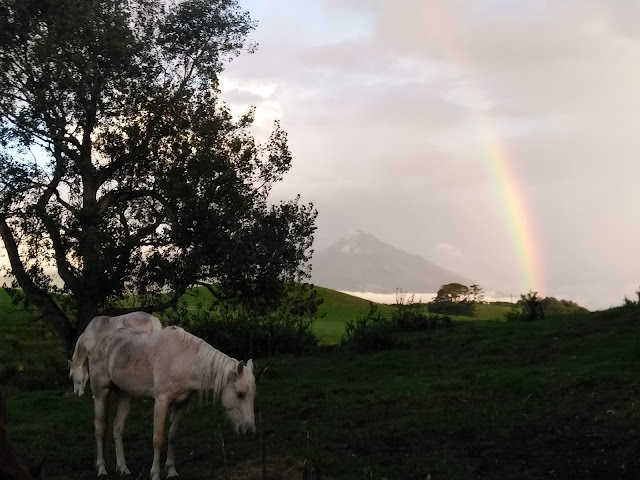