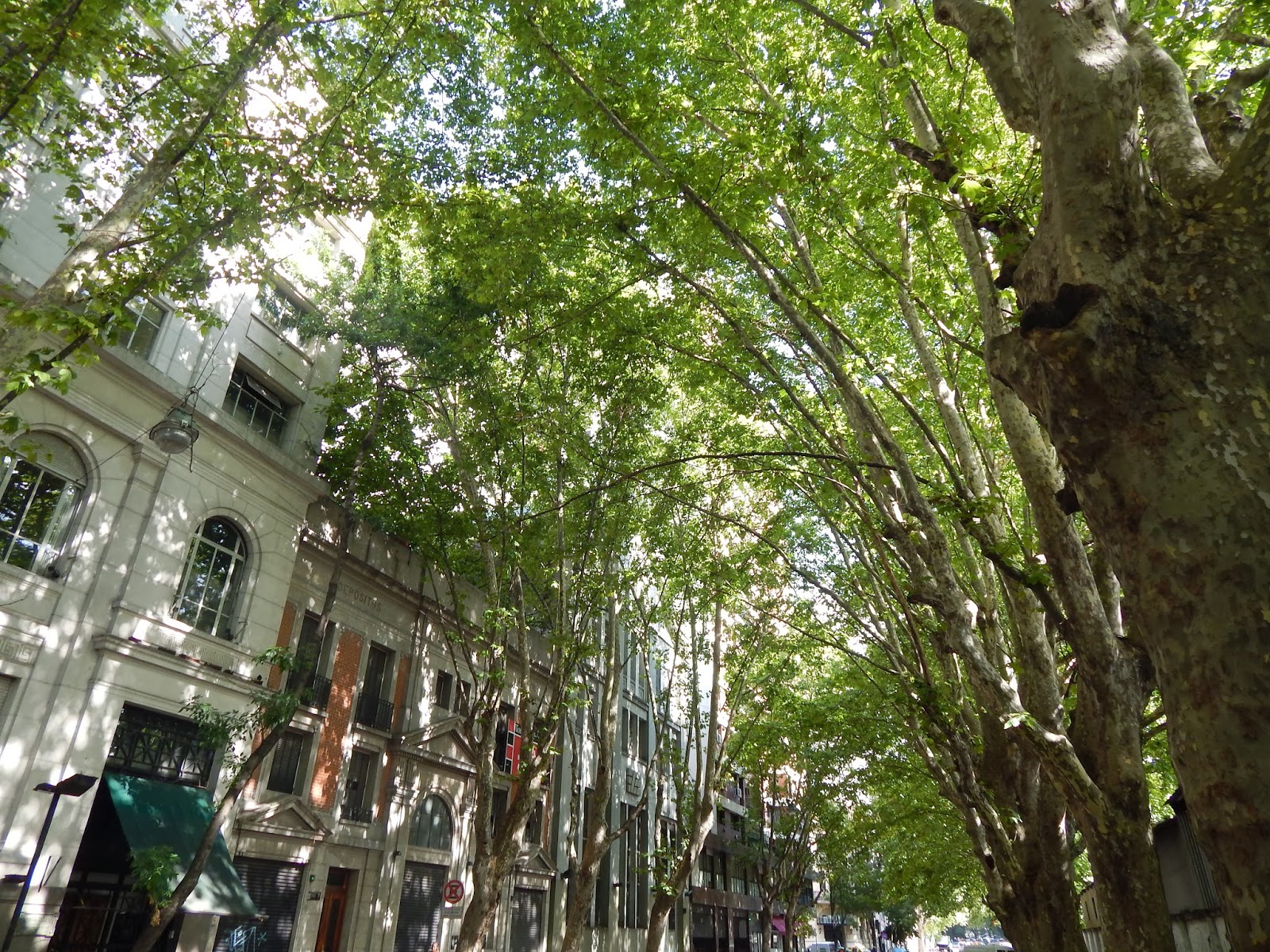 We spent two weeks in Buenos Aires enjoying living in an apartment and cooking our own food. It was relaxing to be able to go out and do something for a couple of hours without lugging all of our stuff with us. Here were a few of the highlights: 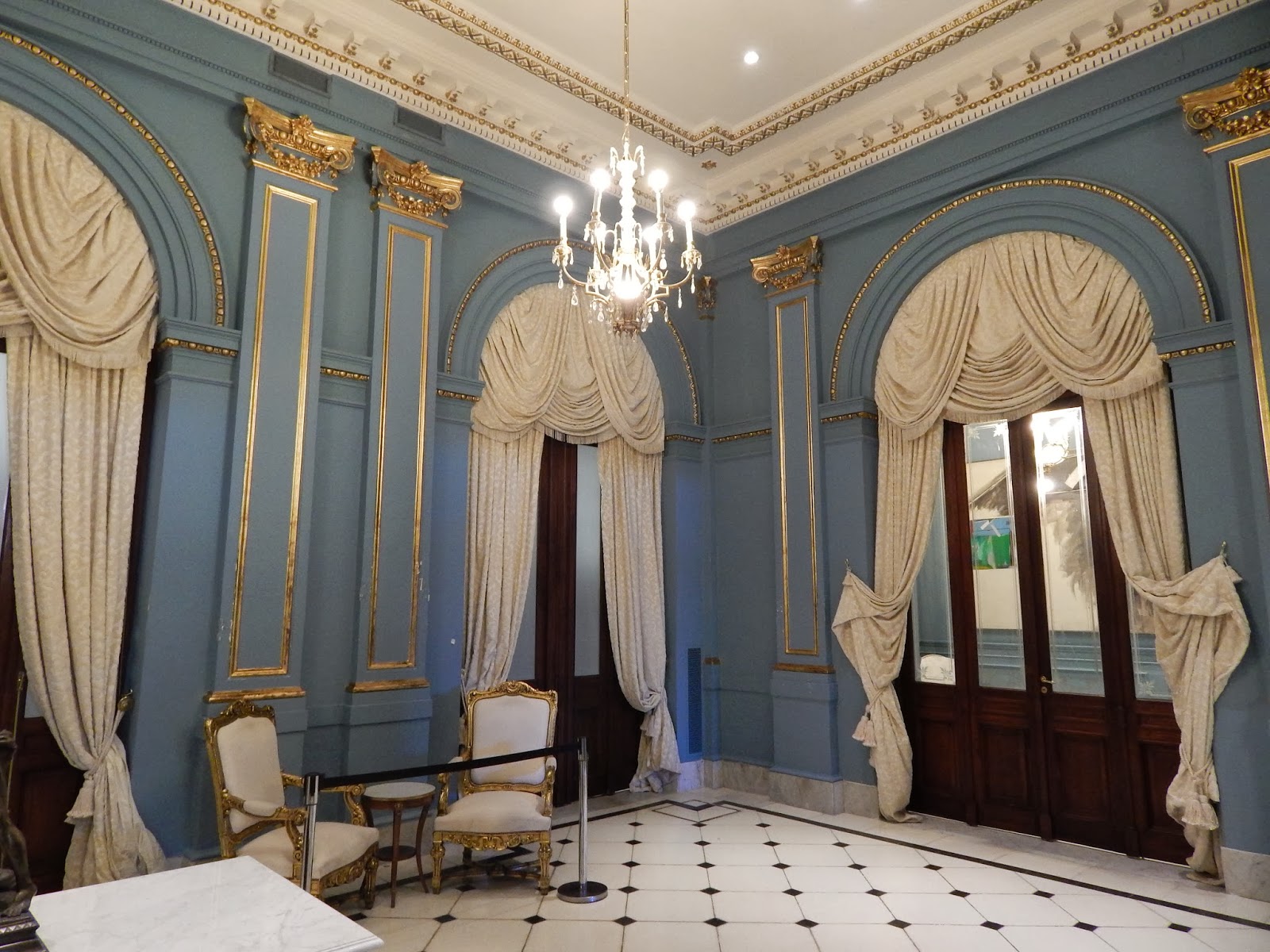 We visited Casa Rosada, where Juan and Eva Peron, among others, gave their famous speeches from the back balcony. (It's also where Madonna sang from in the movie Evita). Erin practised her speech looking out at the masses. 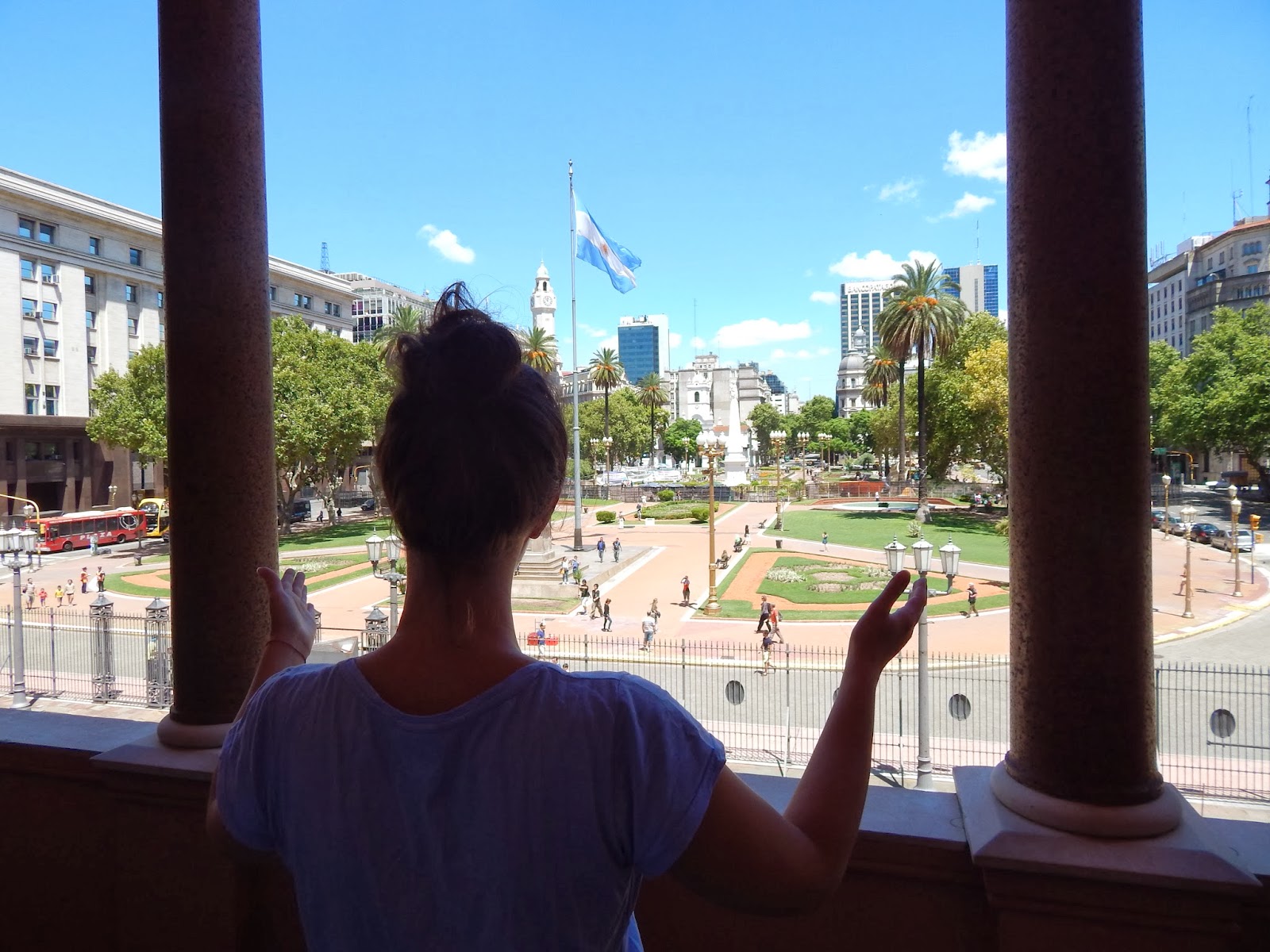 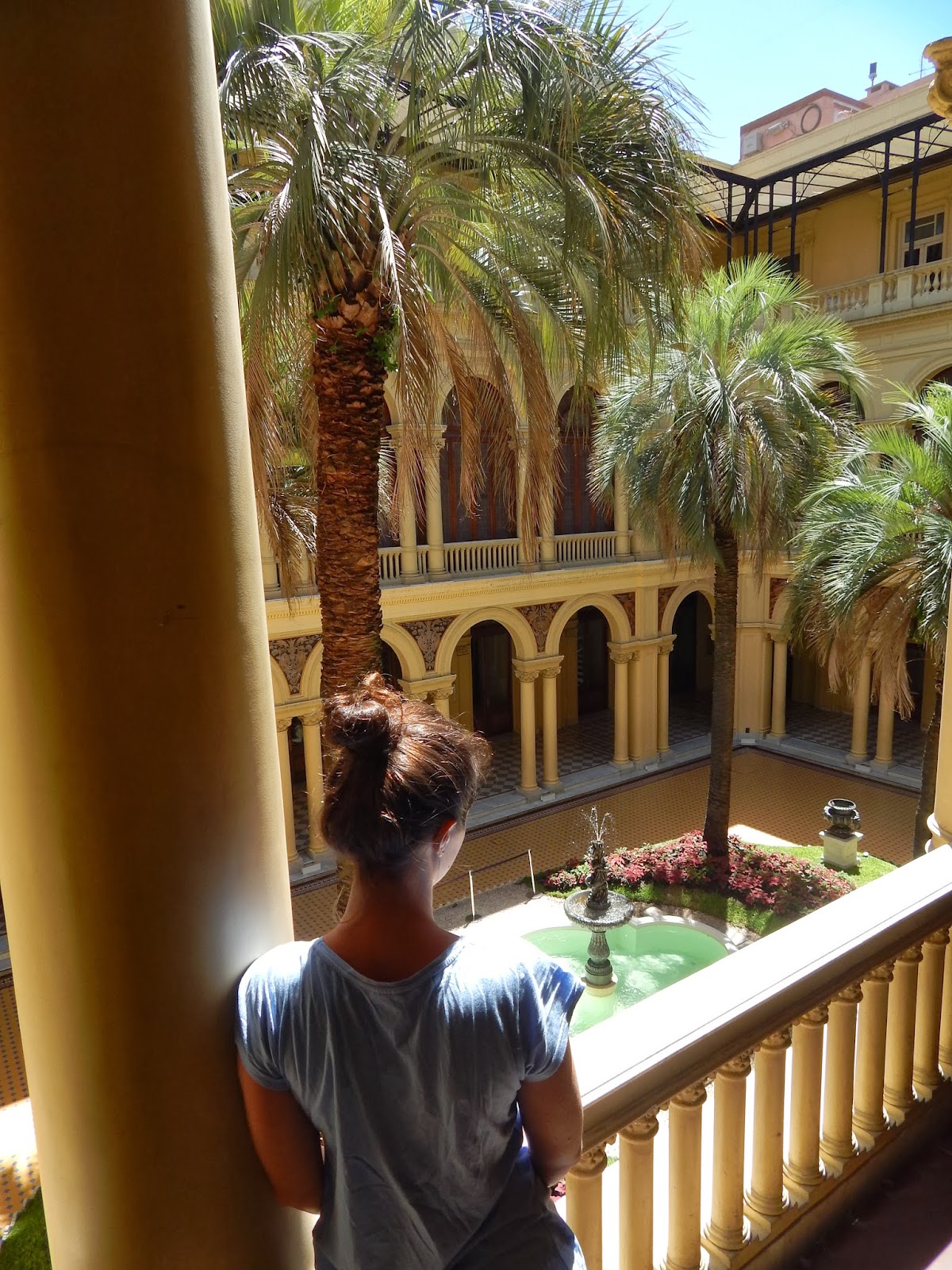 We met up with Marina, who Craig went to high school with and now lives in Buenos Aires. She was kind enough to show us around some of the sights of Recoleta.


Recoleta is home to a huge cemetery with many famous politicians and important families. We strolled through the heat to find the Duarte family tomb where Evita is buried. It was only at the Museo de Evita where we learned her body had quite the adventure after her death, being stolen by the military dictatorship that took over the government not long after her death. She was buried in Italy with a false gravestone, then discovered an exhumed years later, returned to her husband and his new wife, and finally restored. 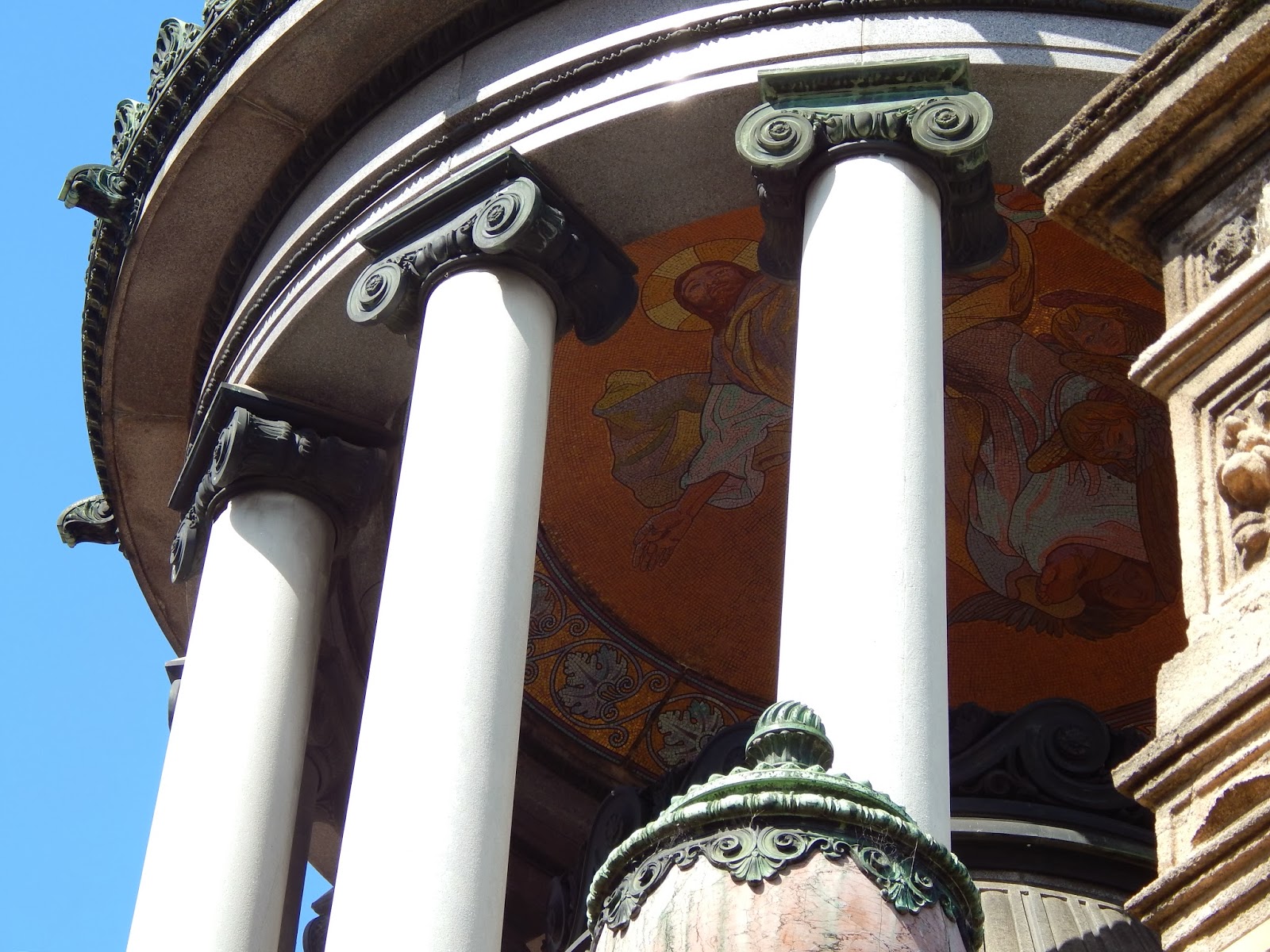 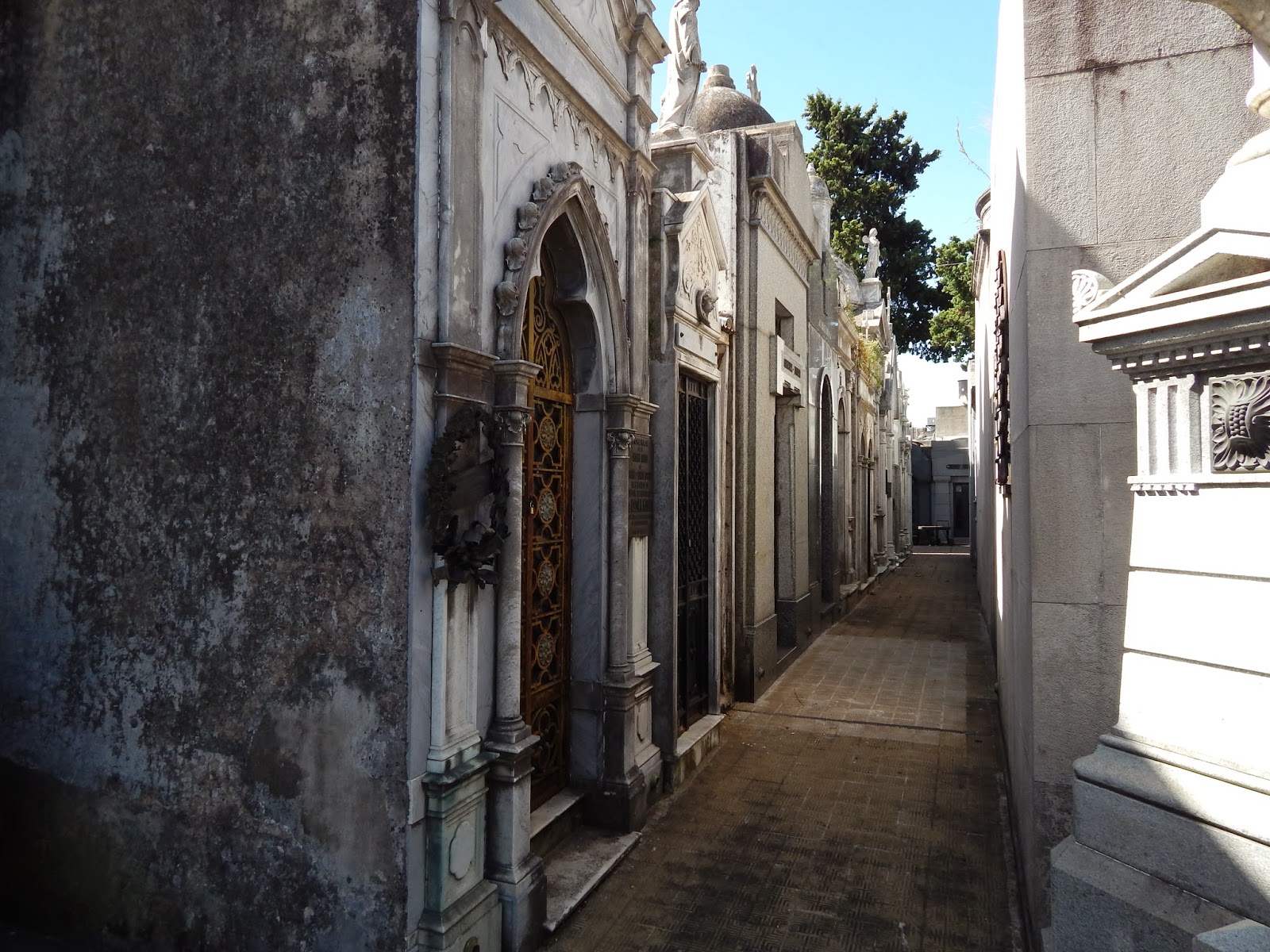 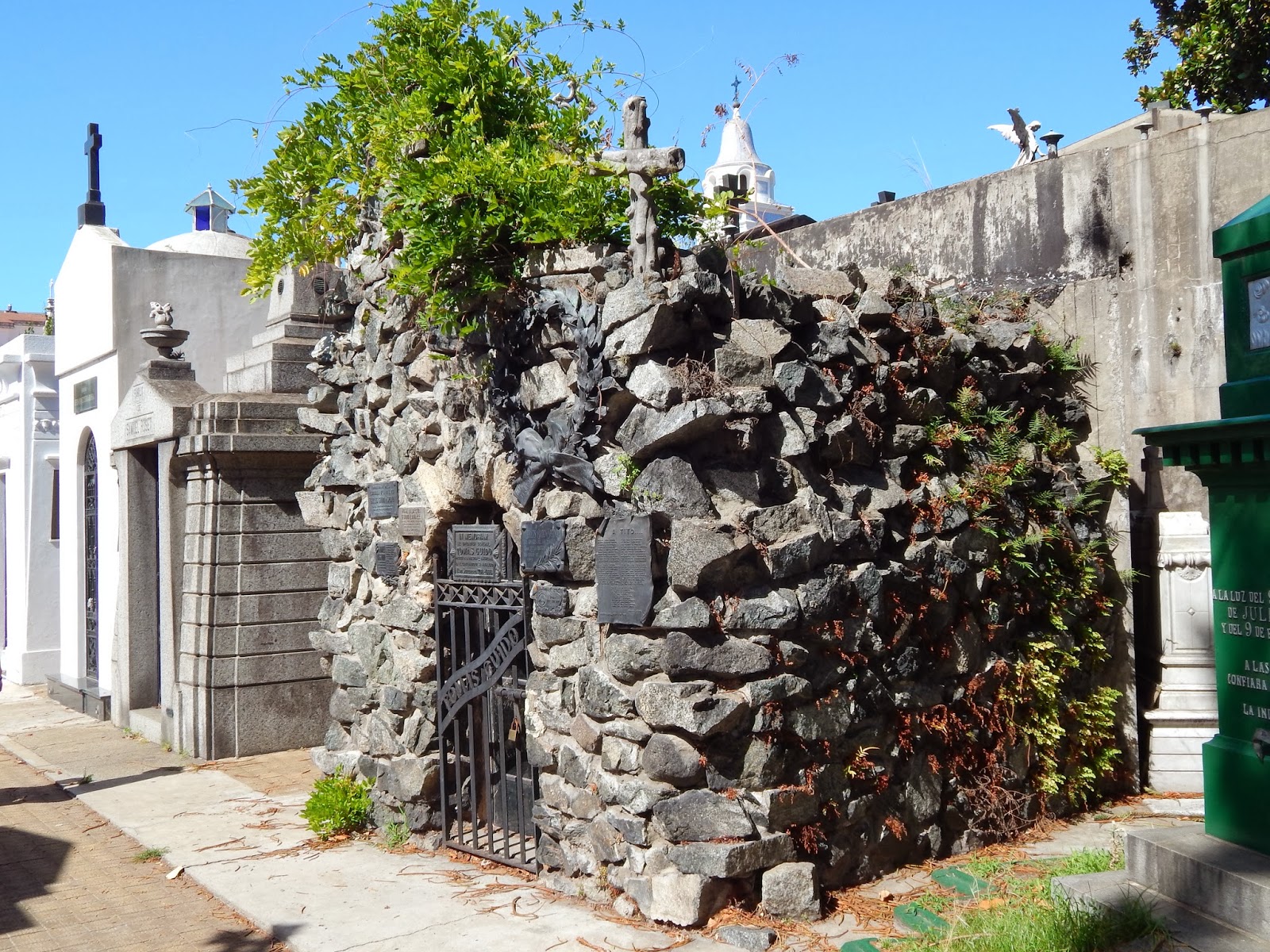 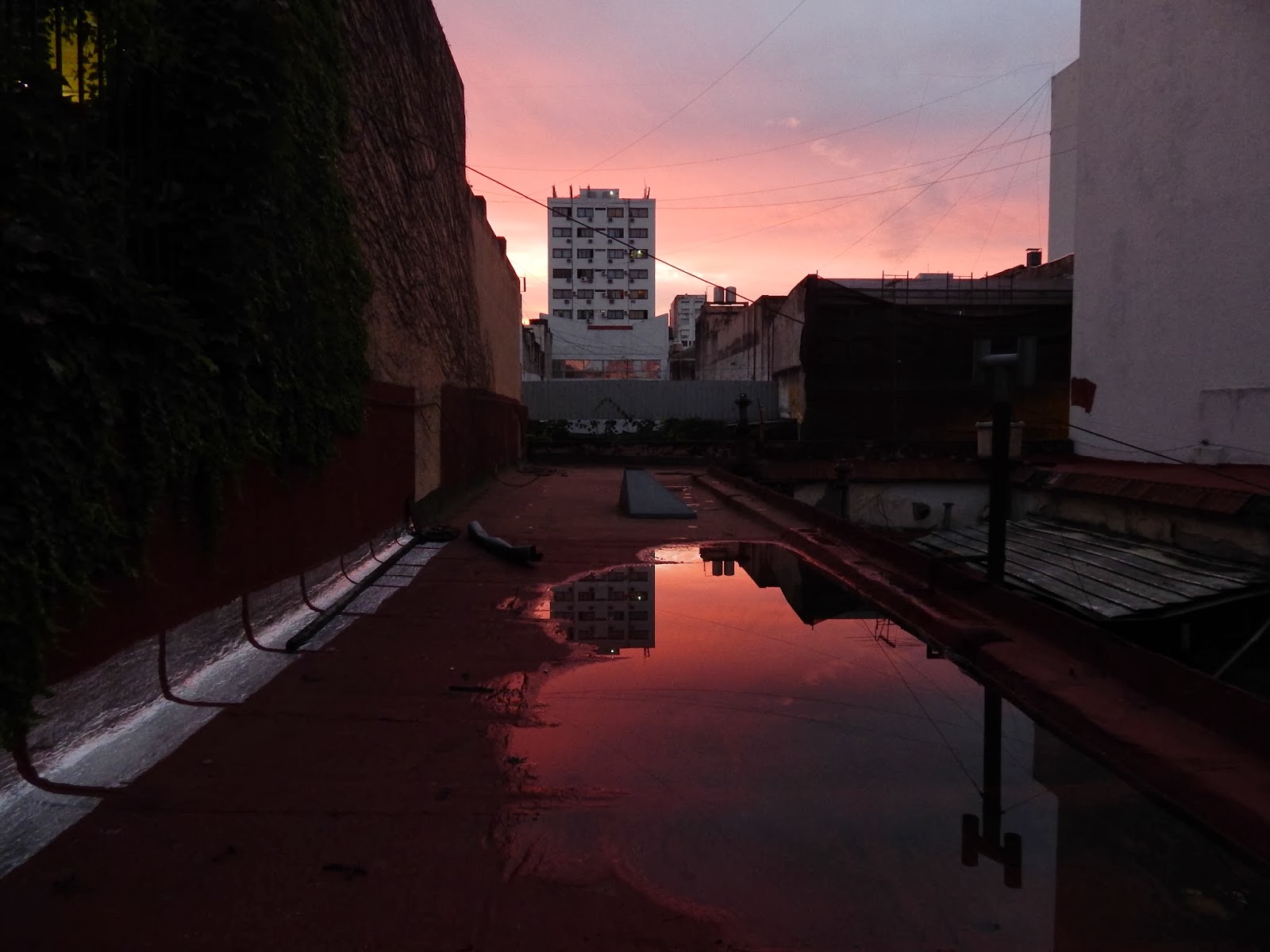 While most of our time was spent in our Bohemian neighbourhood of San Telmo, we walked over to Puerto Madero, visited the old part of Palermo, and watched some tango dancing on other days. Buenos Aires has many parks with old, shady trees to relax in, which was fortunate for us as we were visiting during the peak of summer heat. We experienced many afternoon (and morning!) thundershowers, leading into spectacular sunsets. These pictures are all from our adorable back patio. 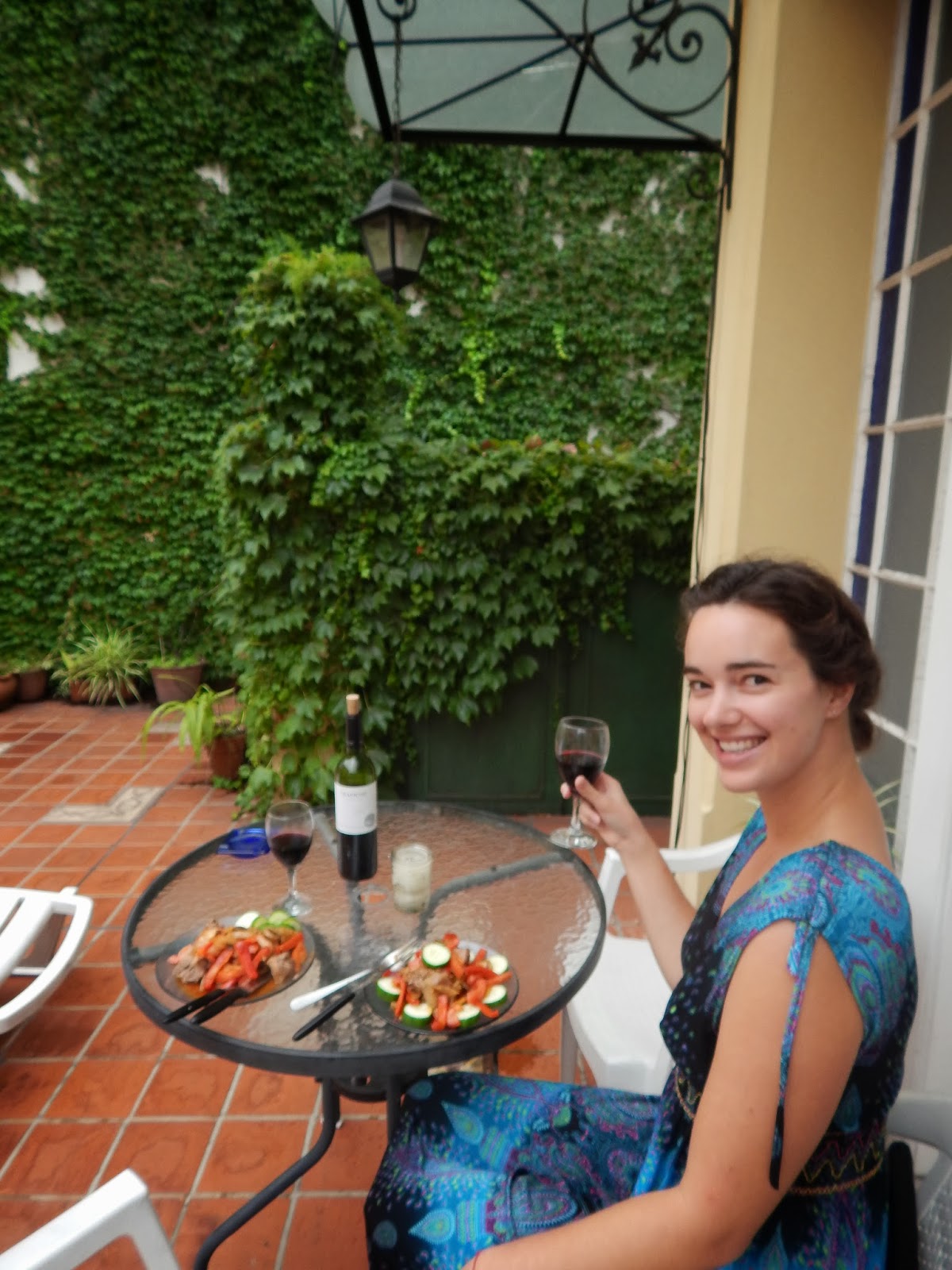 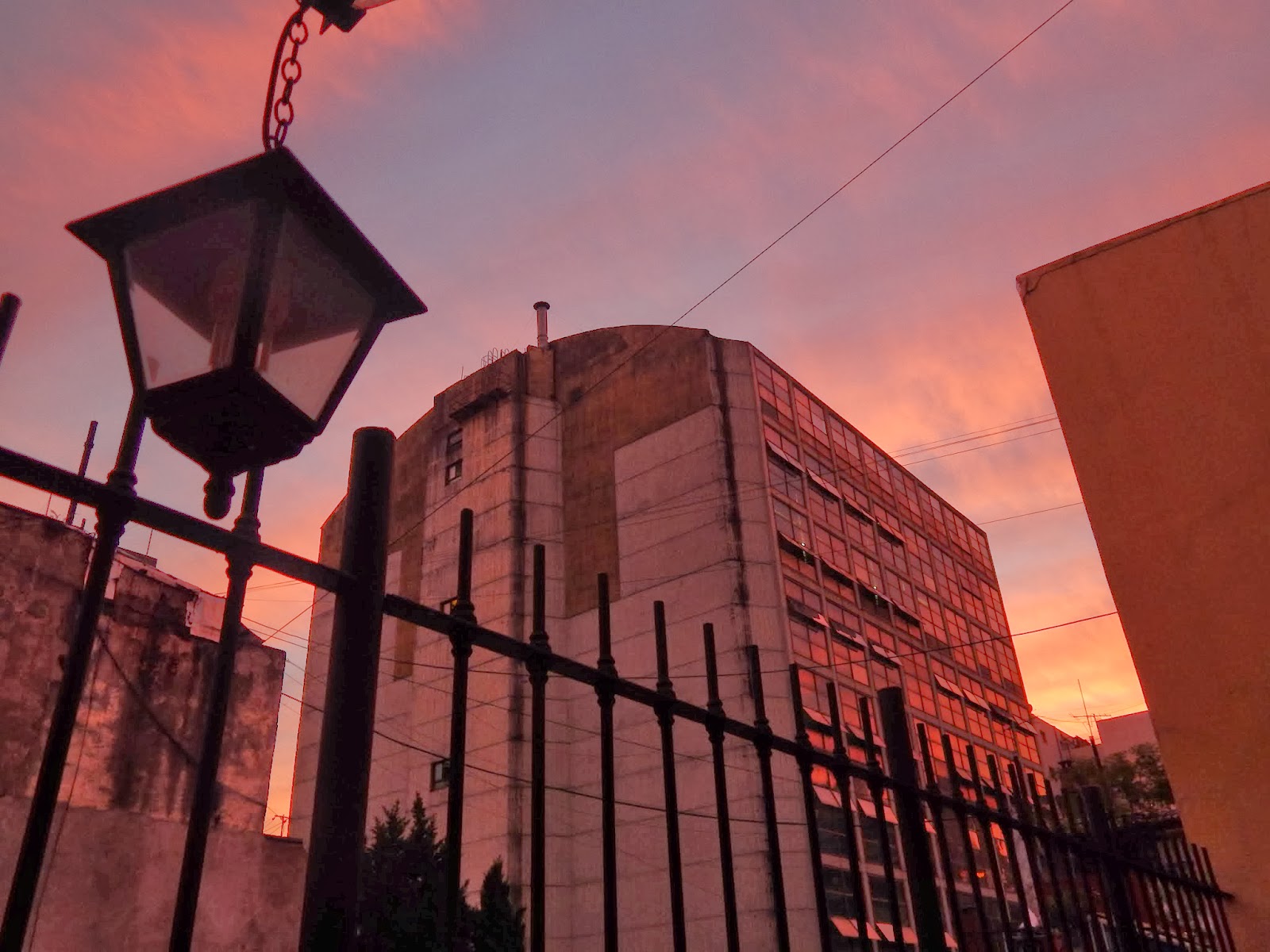 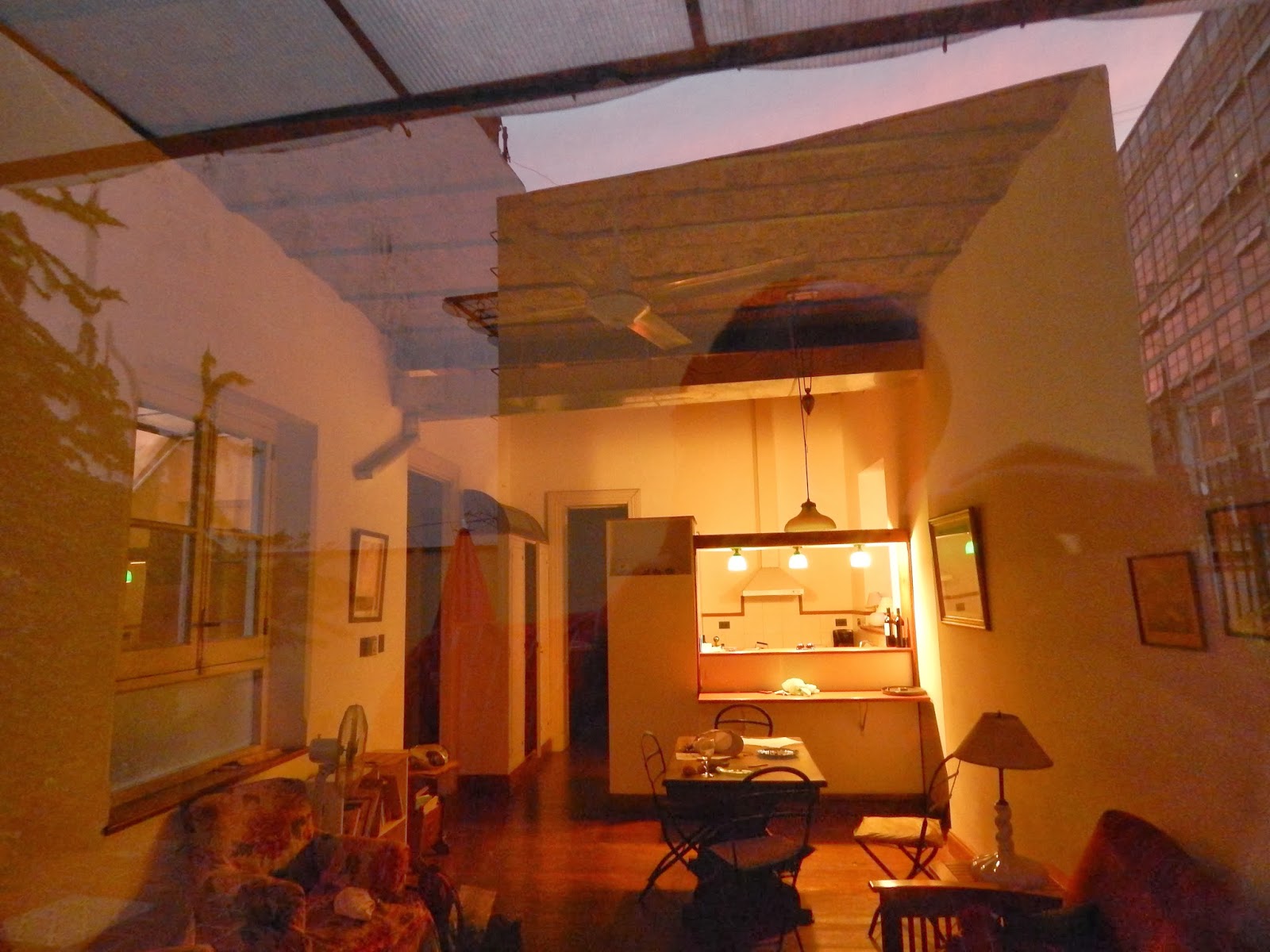 Our time in Buenos Aires was relaxing and comfortable, wandering the streets, picking up food from 'our' butcher and grocer on most days to make real meals, and trying to shake the French out of our systems so that we can construct a coherent sentence in Spanish. As relaxing as it was, we're excited to hit the road again, destination: Uruguay! But Argentina certainly hasn't seen the last of us yet; we'll be back in a week to start our long road trip from the southernmost peak of the continent!
Posted by Craig & Erin at 6:47 AM