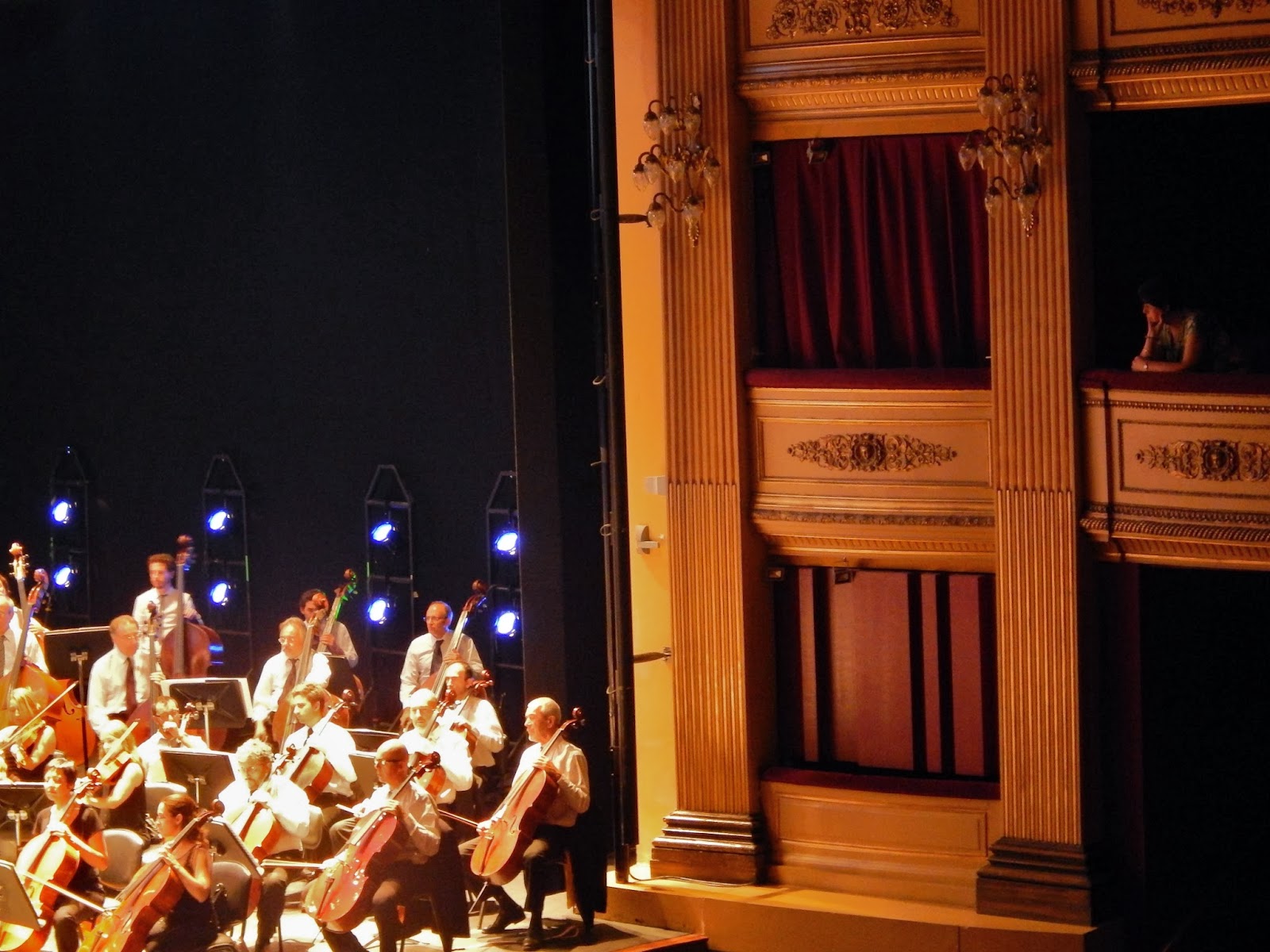 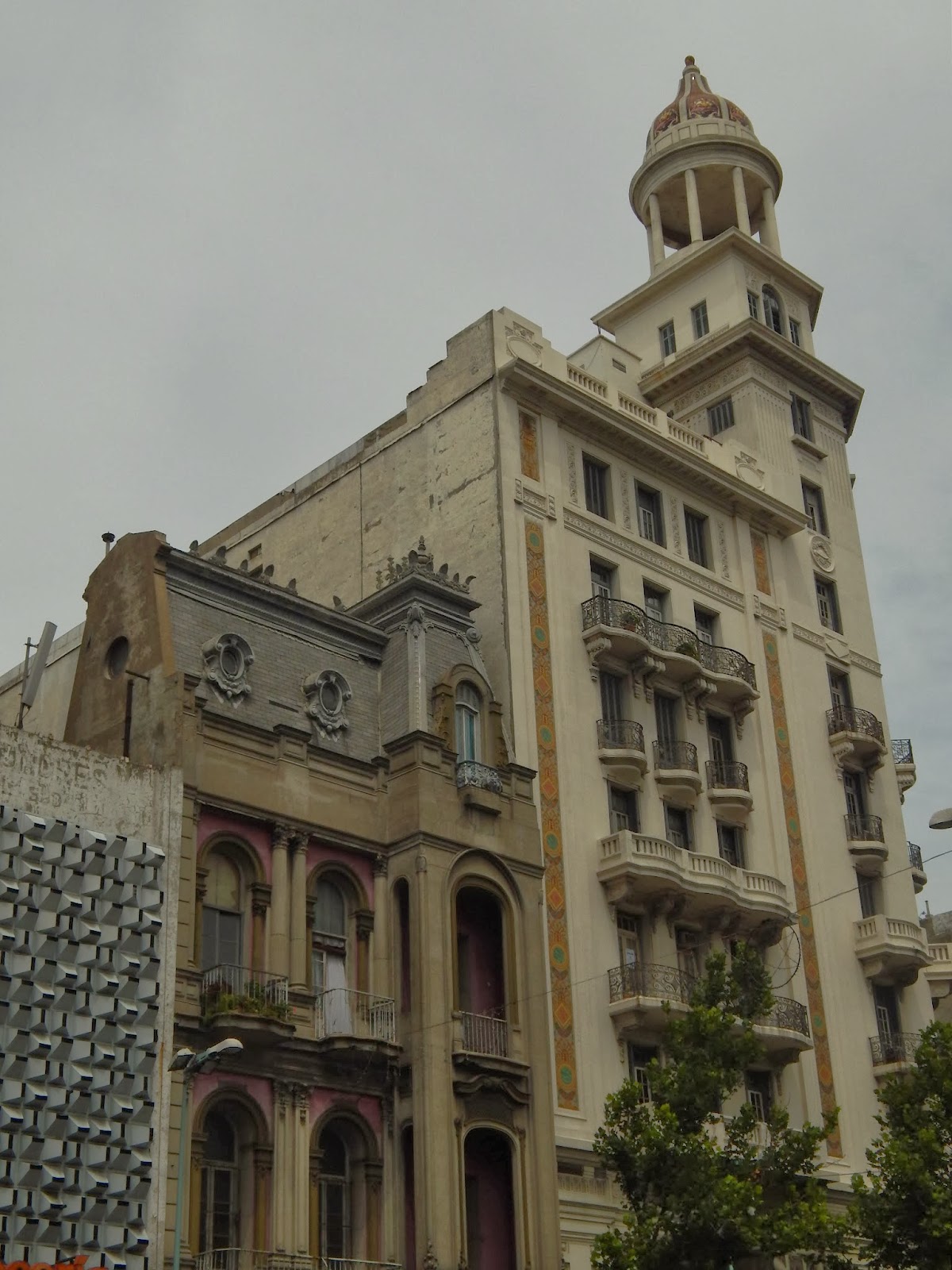 On our second day in the Uruguyan capital, we walked up the main street in search of cheaper parilla. Unfortunately, we were a little early and nothing was open, but we did discover a nice, if unoriginal, handicraft market. We next found a restaurant showing the Olympics with some sidewalk seating next to the Montevidean love fountain for our first meal of the day. 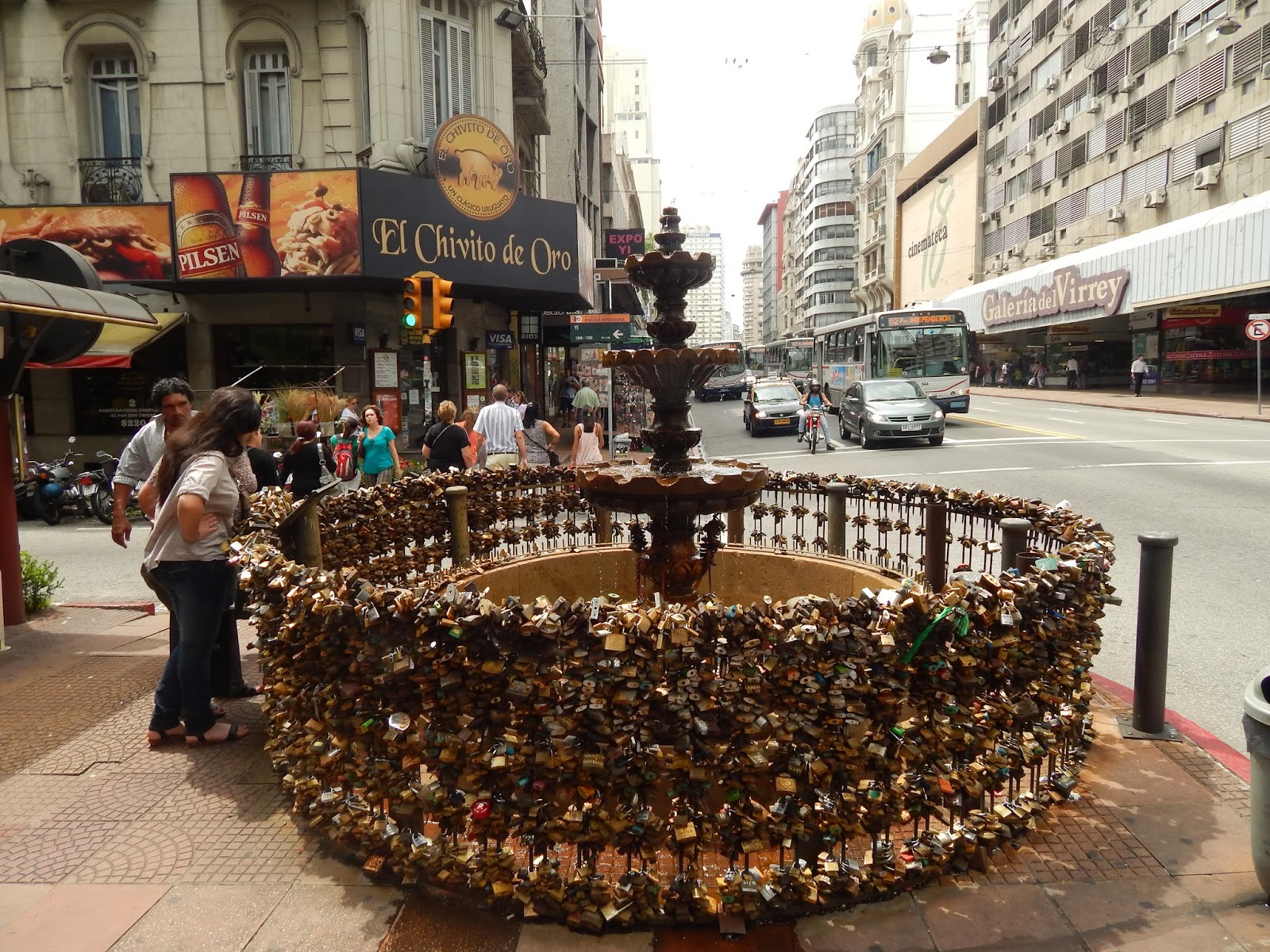 We continued on, passing first the Parc des Ingenerios (the Engineer Park) and were confused by the diverse decorations (notice the war-time statue in the background, behind these colourful people). After some thinking, we deduced these were part-time additions to the plaza in honour of Carnaval, that we'd missed the week before. 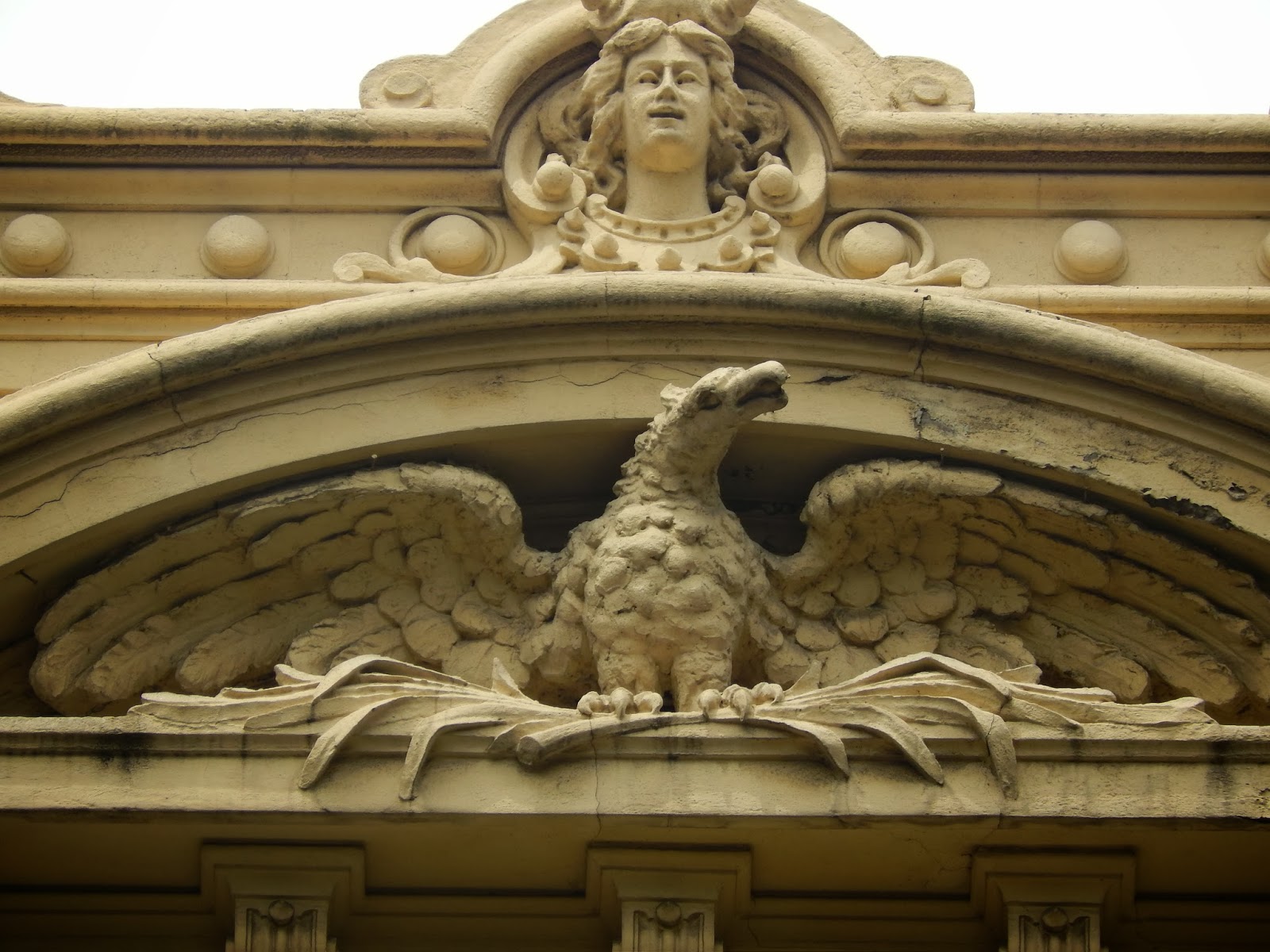 On our way towards home, we visited the Gaucho Museum. Gauchos are Latin American cowboys, except way tougher than their American equivalents; they are also known for losing in the first round of March Madness as the mascot of UC Santa Barbara. 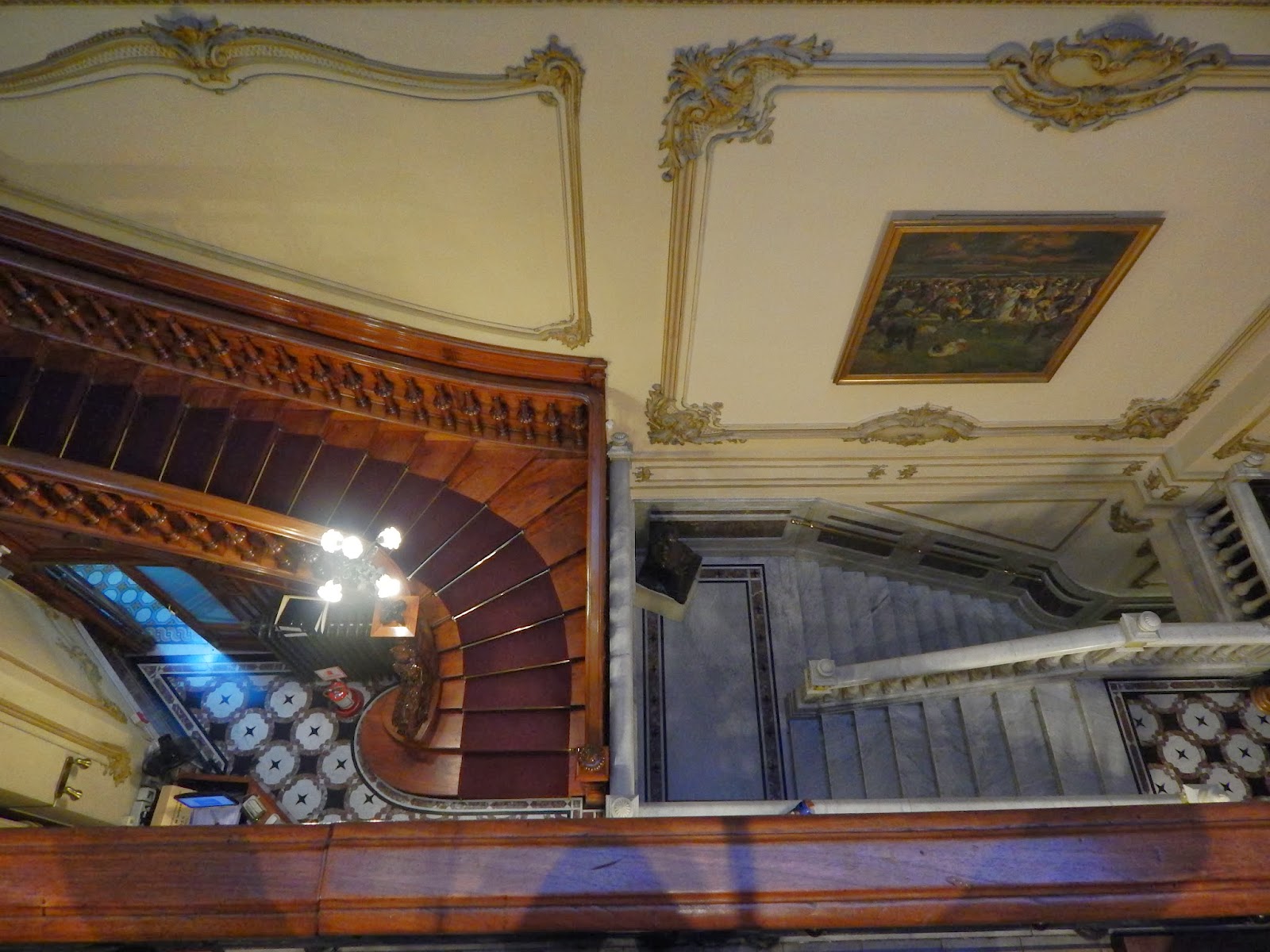 The building housing the museum was just as much of a draw as the splendid Uruguayan art exhibits and steampunk cowboy gear, as the exquisite colonial décor spiralled up multiple staircases. On the way home, we picked up some chorizo (BBQ sausage on a bun) mid-stride as we rushed to catch the medal runs for the Men's Moguls. Looking for things to fill out the rest of the day, Erin found the Teatro Solis. For $3, we could take a tour of the old theatre. After a quick internet search Craig found that the National Philharmonic Orchestra was to give a rare free performance that very evening in the theatre. Having saved $6, we bought another TWO bottles of wine and prepared ourselves for the concert. 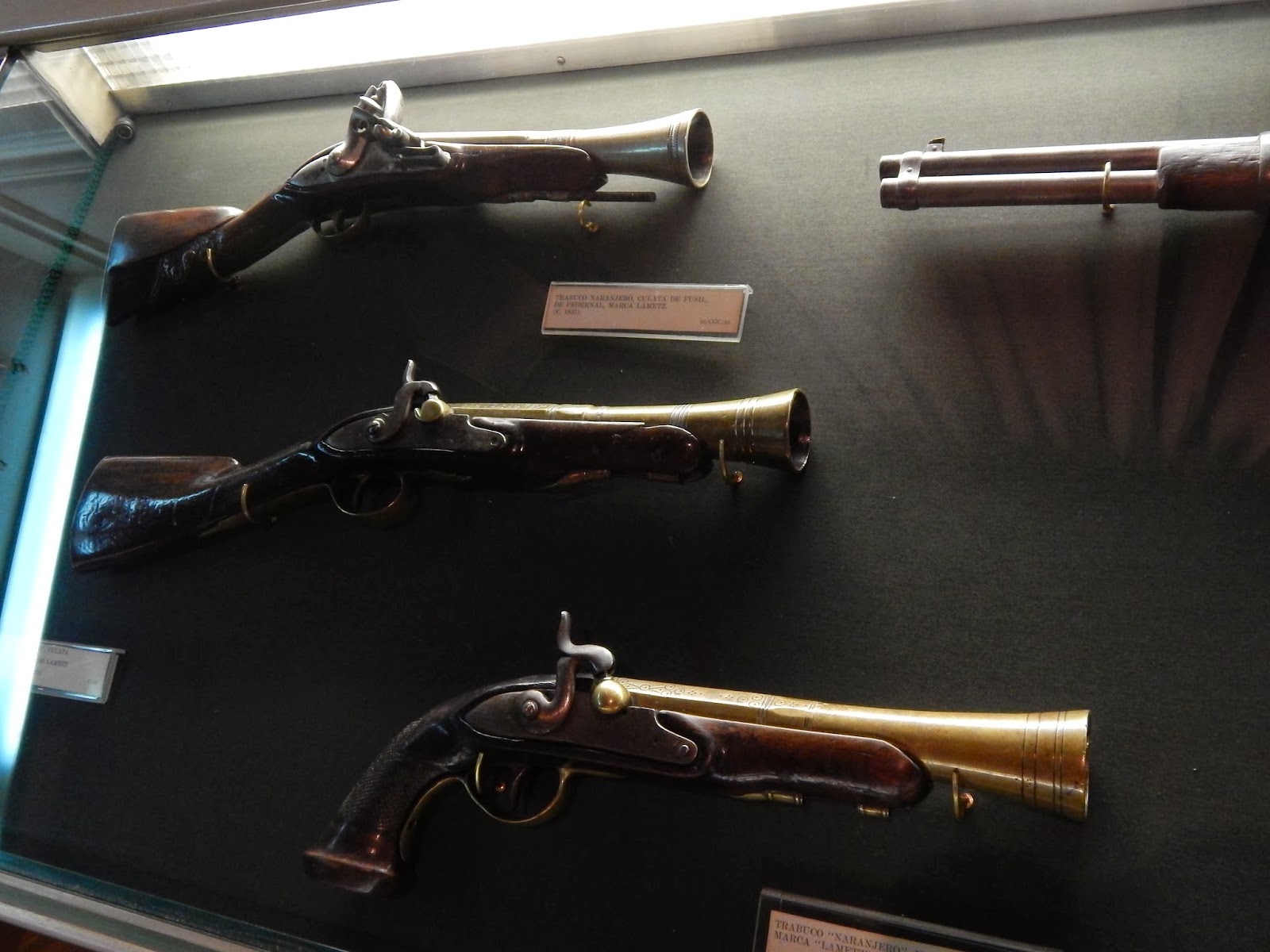 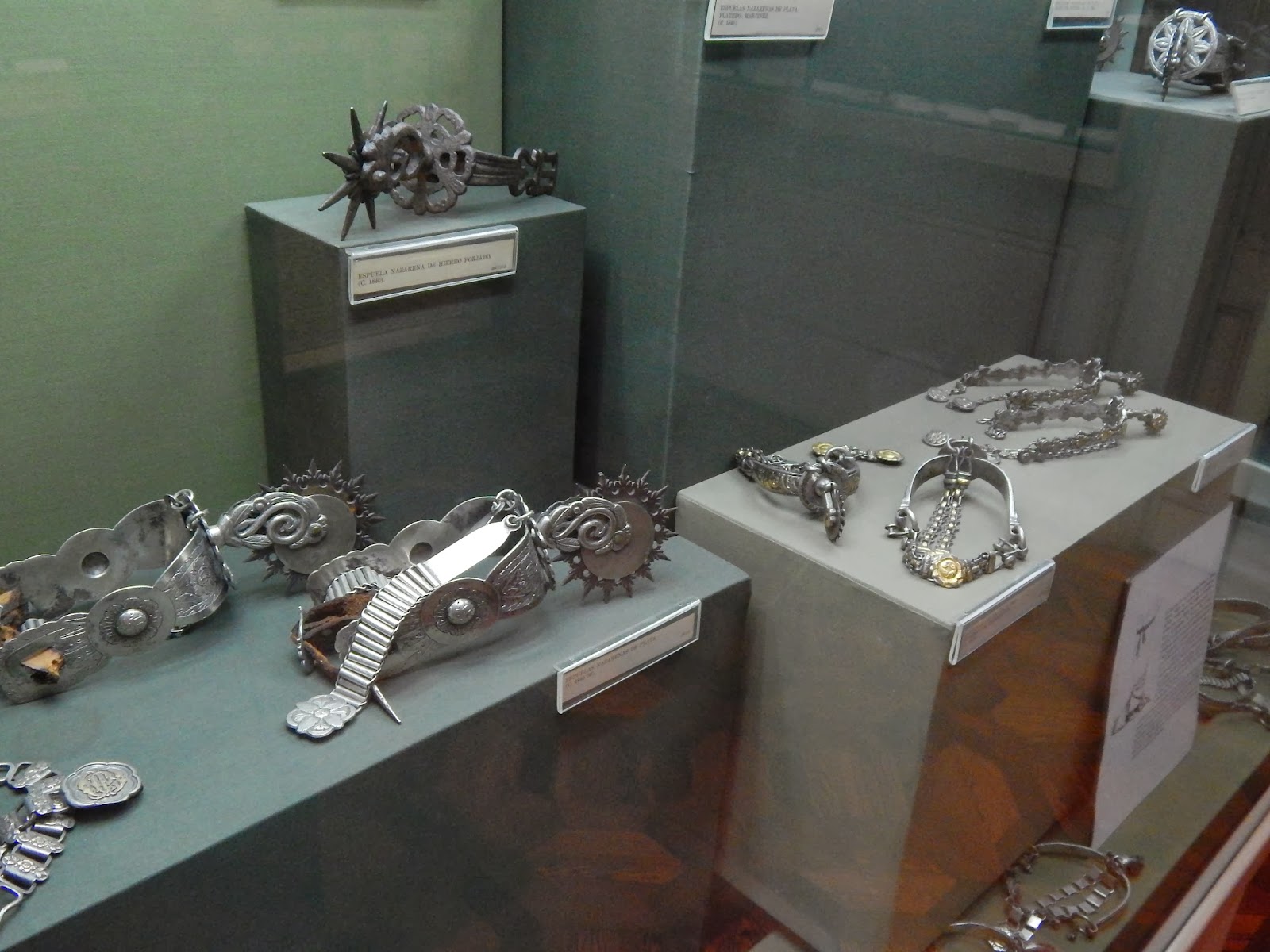 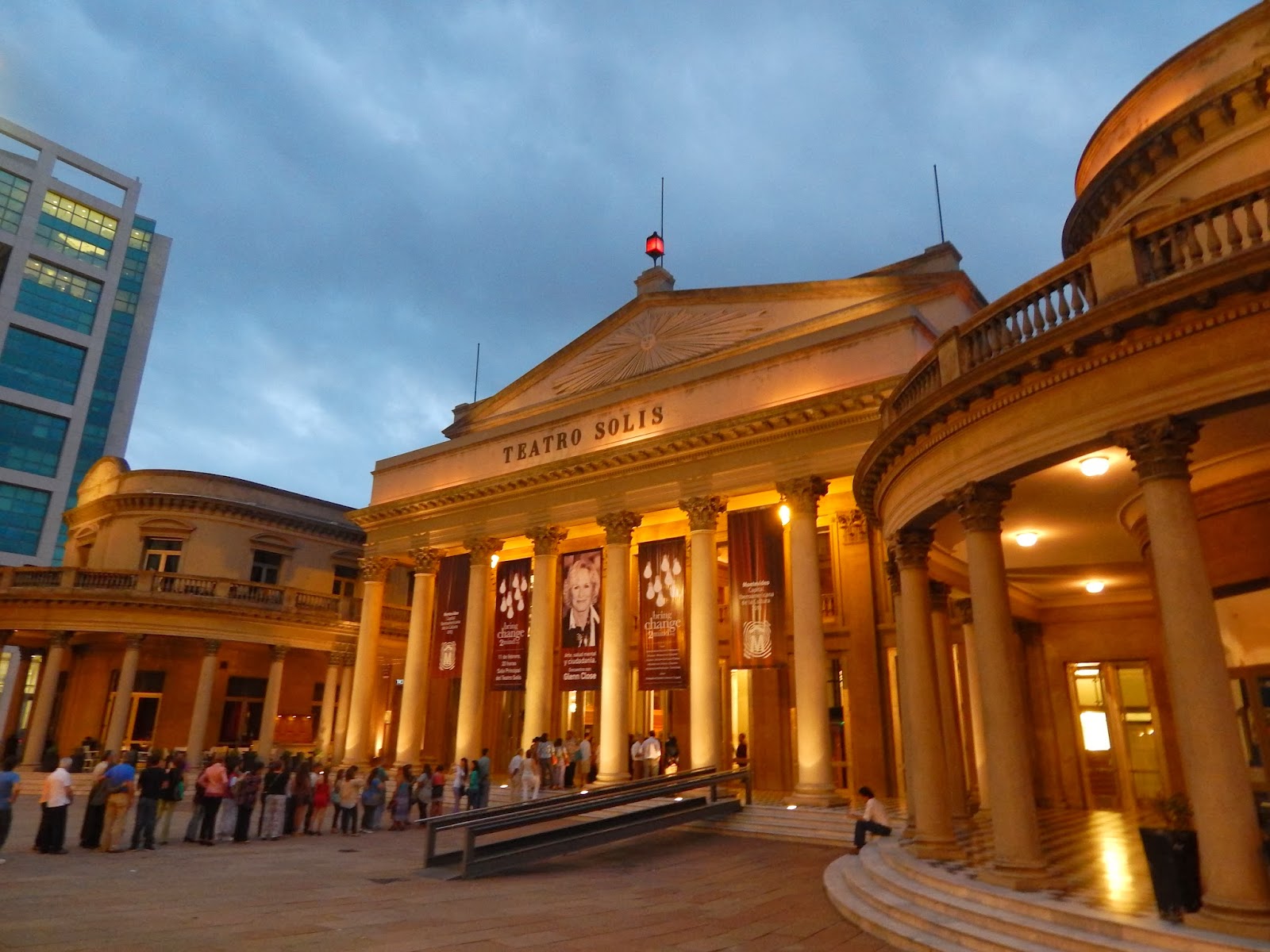 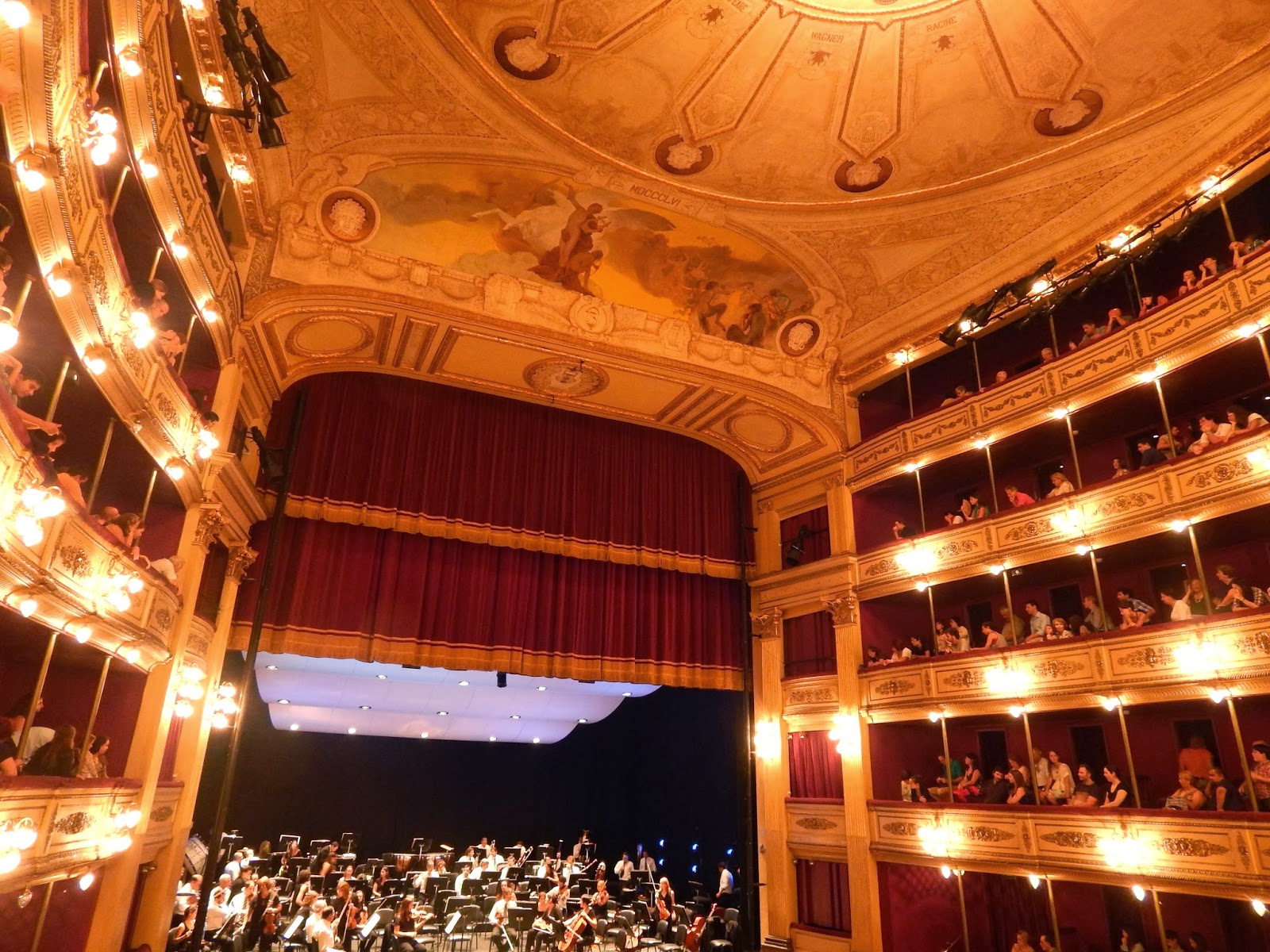 The line was long when we arrived but they were able to squeeze us into a corner of a balcony. We were treated to seven of Brahms' waltzes, Dukas' Sorcerer's Apprentice, and something that we both recognized and loved but could not hear/remember the name of. We took the opportunity of rising to our feet for a standing ovation at the end to squeak through towards the exit and were able to file out before the massive crowd.