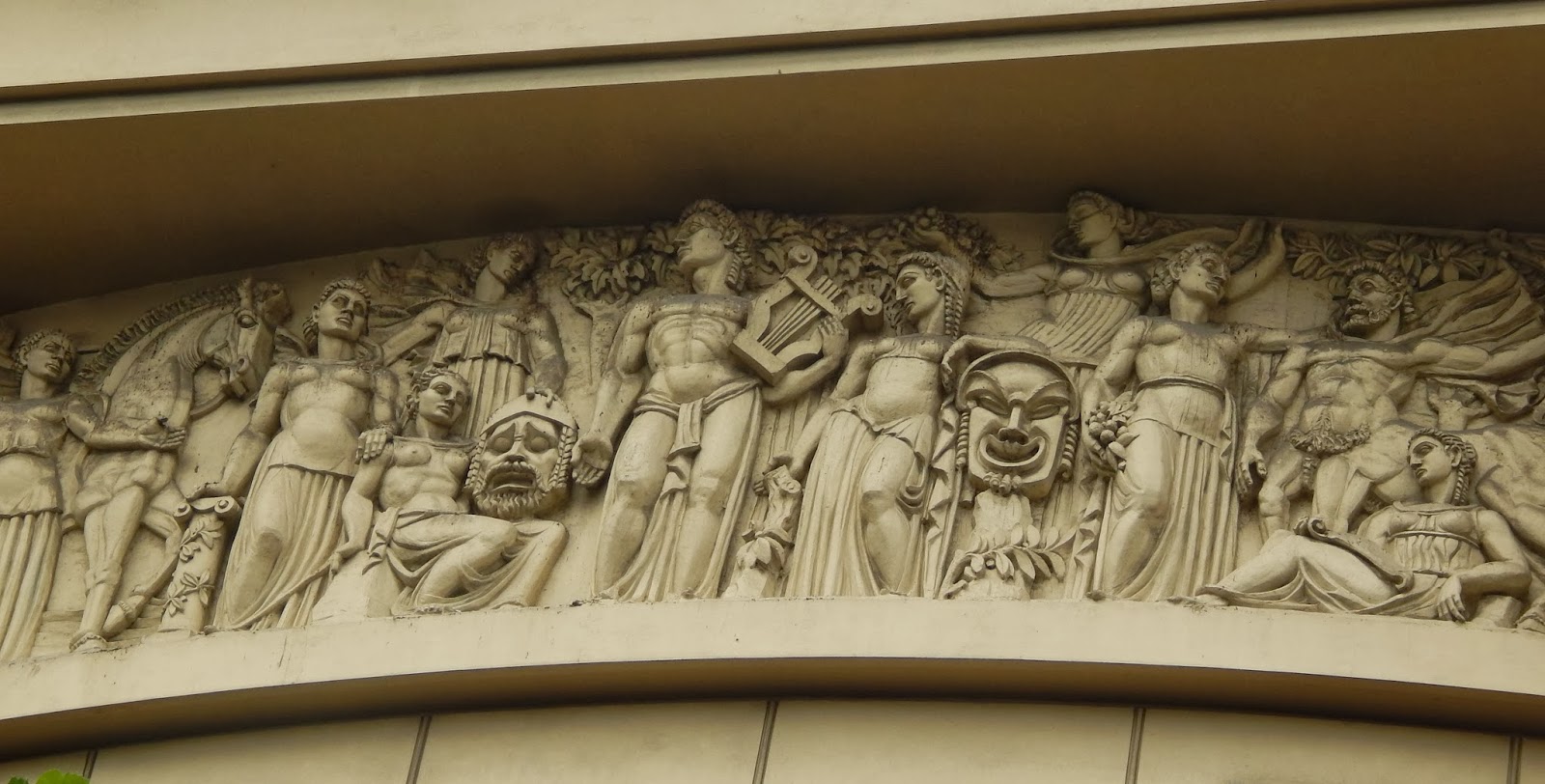 For our final morning, we gathered our belongings and walked down to the harbourfront bus station. It was a nice cheap ride to the doors of the sleek, modern airport, and it gave us some time to reflect on our experiences in Uruguay. 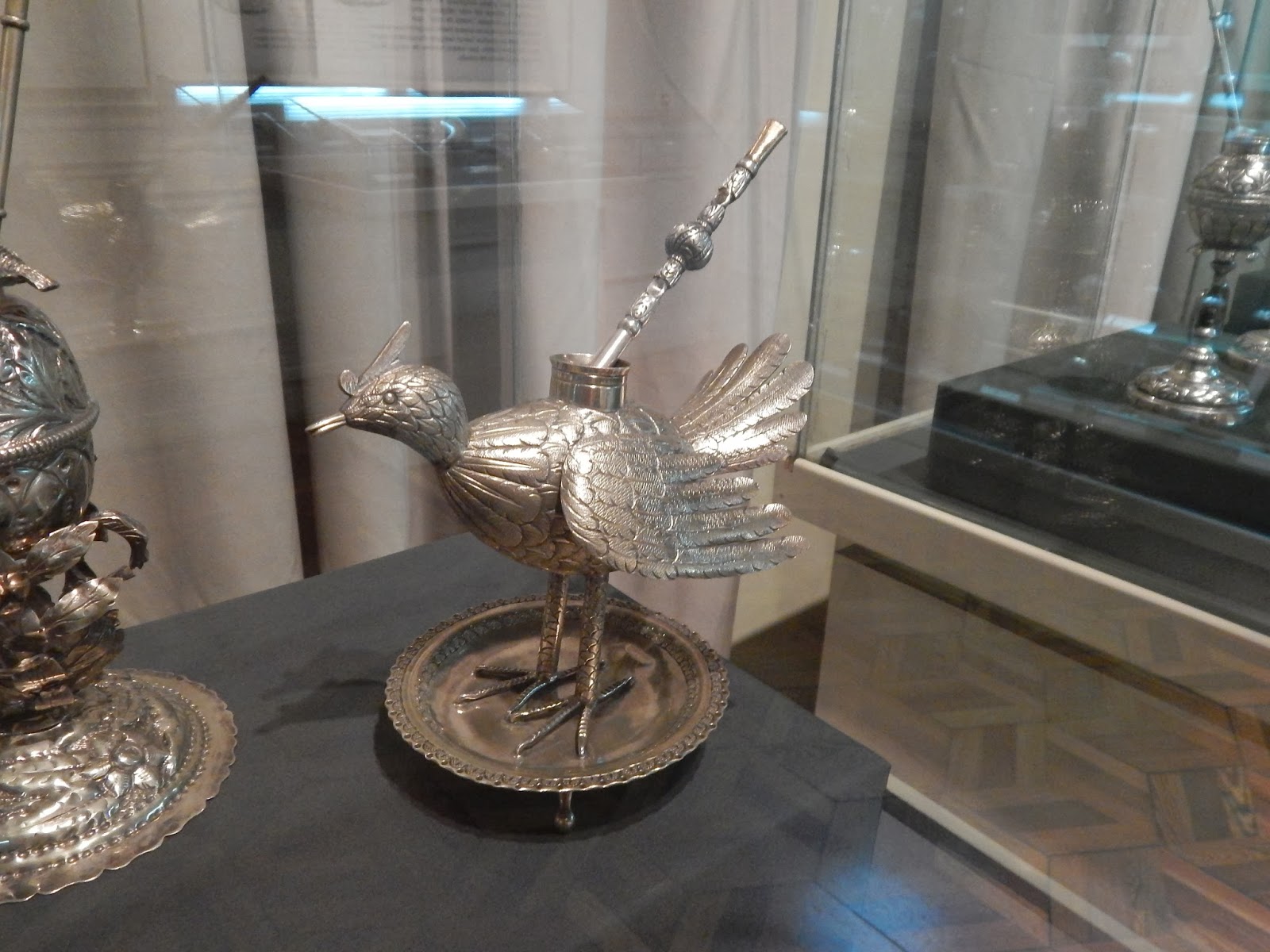 In general, we encountered friendly people, with a more laid-back attitude than the hustle and bustle of Buenos Aires. Everyone in Uruguay seems addicted to matte tea, and they carry around Thermoses and mugs of it. At the Gaucho Museum, they even had a display of interesting matte cups. 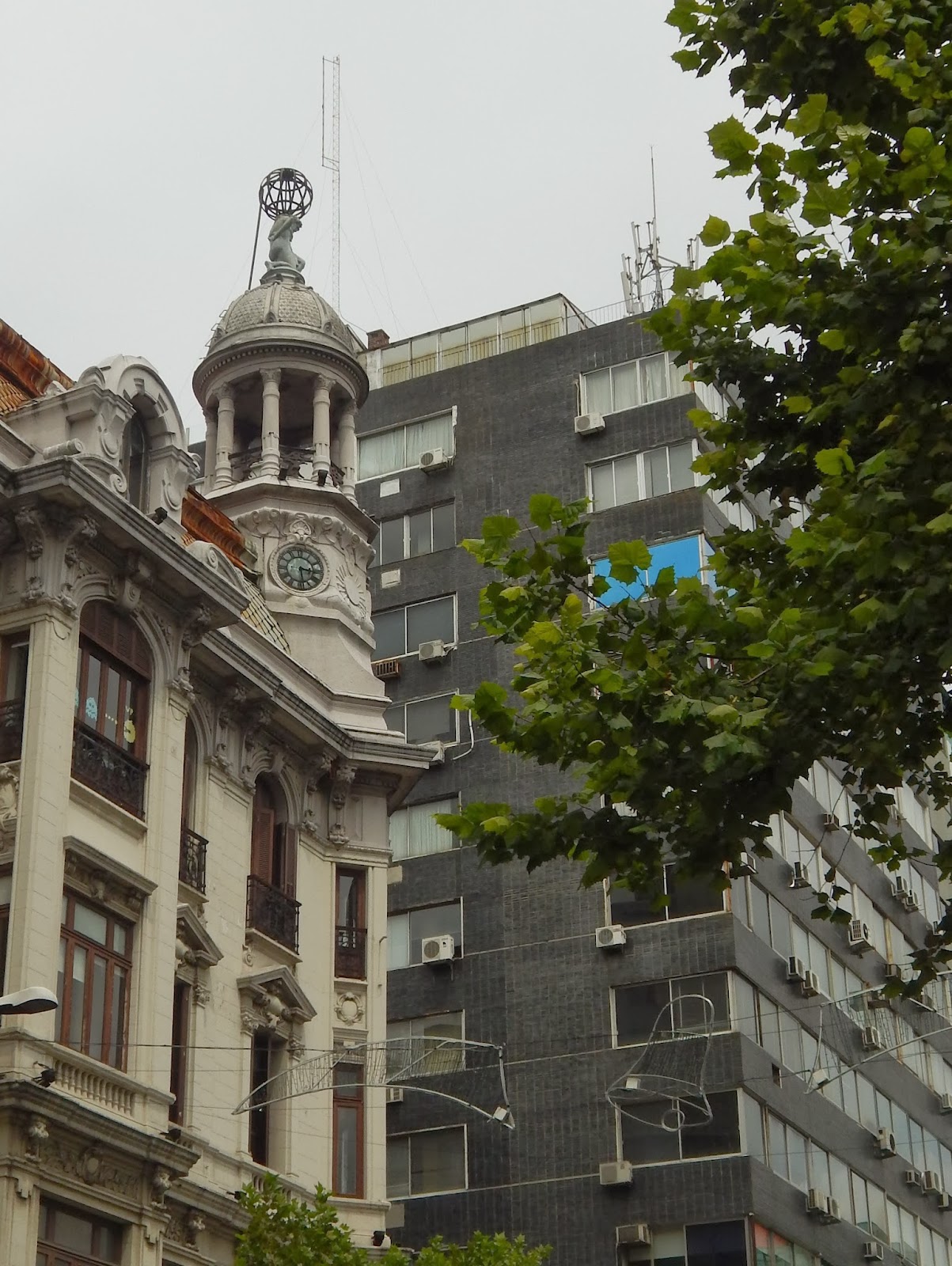 The towns had beautiful Spanish architecture, and it didn't hurt that we hugged the coast the entire time and toured around two lovely waterfront cities. In between was scenic, though it was sad to see that there wasn't any wilderness left. Again, we have to note that we saw a small slice of the country, so we can't speak for its interior. All we know is that the flooding that followed us was visible on the bus, and made for a minefield of murderous mosquitoes. The Uruguayan mosquitoes seems to have a weird beak-like pincer that causes a painful bite, and a welt-like aftermath. 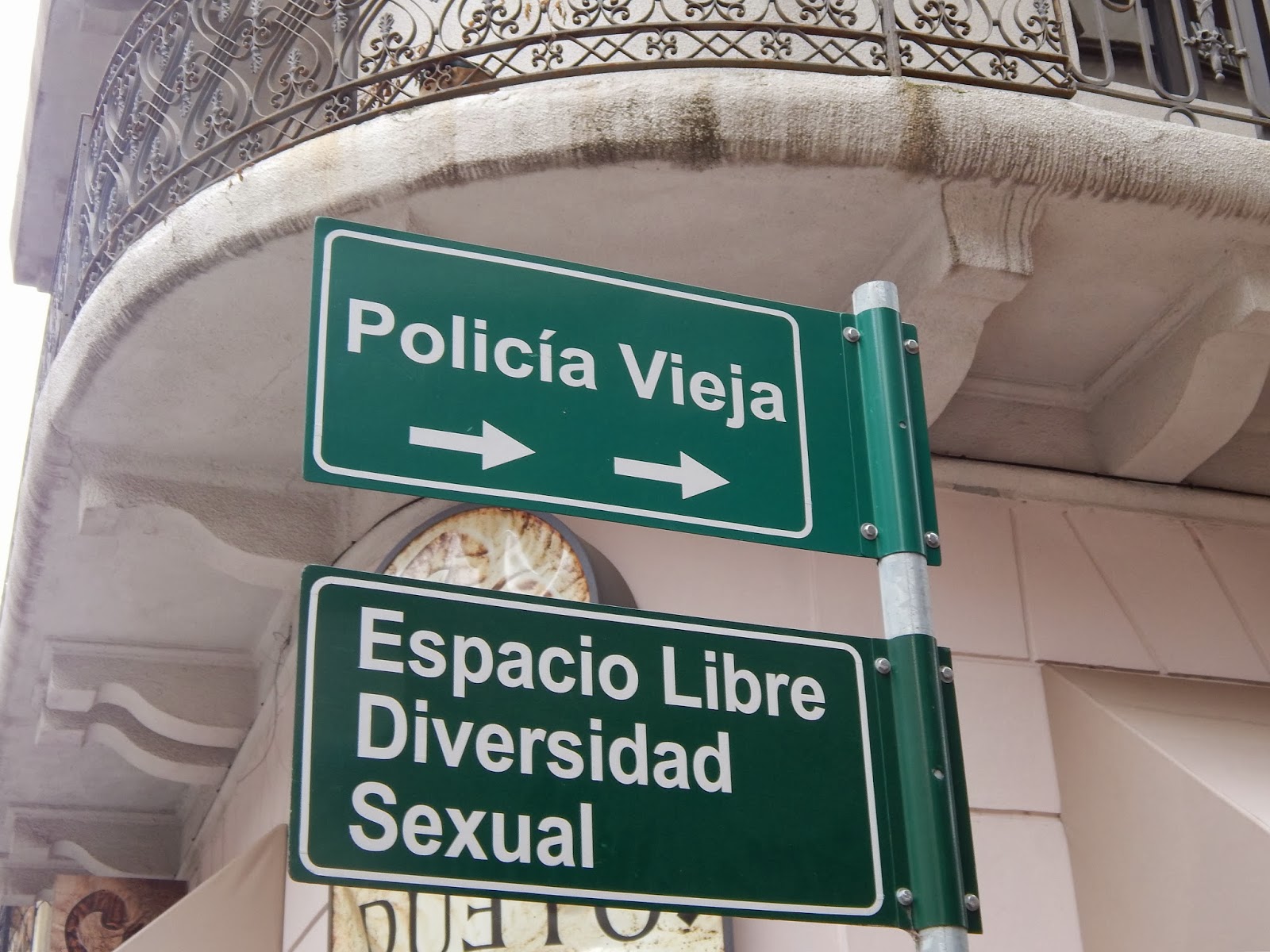 Judging by the sign outside our hostel, we feel that it's a forward-thinking country, but we weren't exactly sure what this was trying to say. After rain delays, we were hopeful that we'd get to see the Carnival parades, but it disappointingly didn't happen. Montevideo is supposed to have the next best celebration after Brazil.

In the end, it was still a great decision to come to Uruguay, for the chance to see a different country, meet its people, and stock up on American dollars, which you can withdraw at bank machines. If you've been following the Argentine economy at all lately, you'll know that it's been quite unstable, and citizens need special permits to withdraw dollars, so they're always in high demand. We're hoping we can make up a little bit of the money we've lost this year thanks to our own diving dollar.

One positive thing we heard about Uruguay is its leadership. Their president, José Mujica, is a real role model in terms of living the non-lavish lifestyle. To read more, visit: http://www.theguardian.com/world/2013/dec/13/uruguay-president-jose-mujica 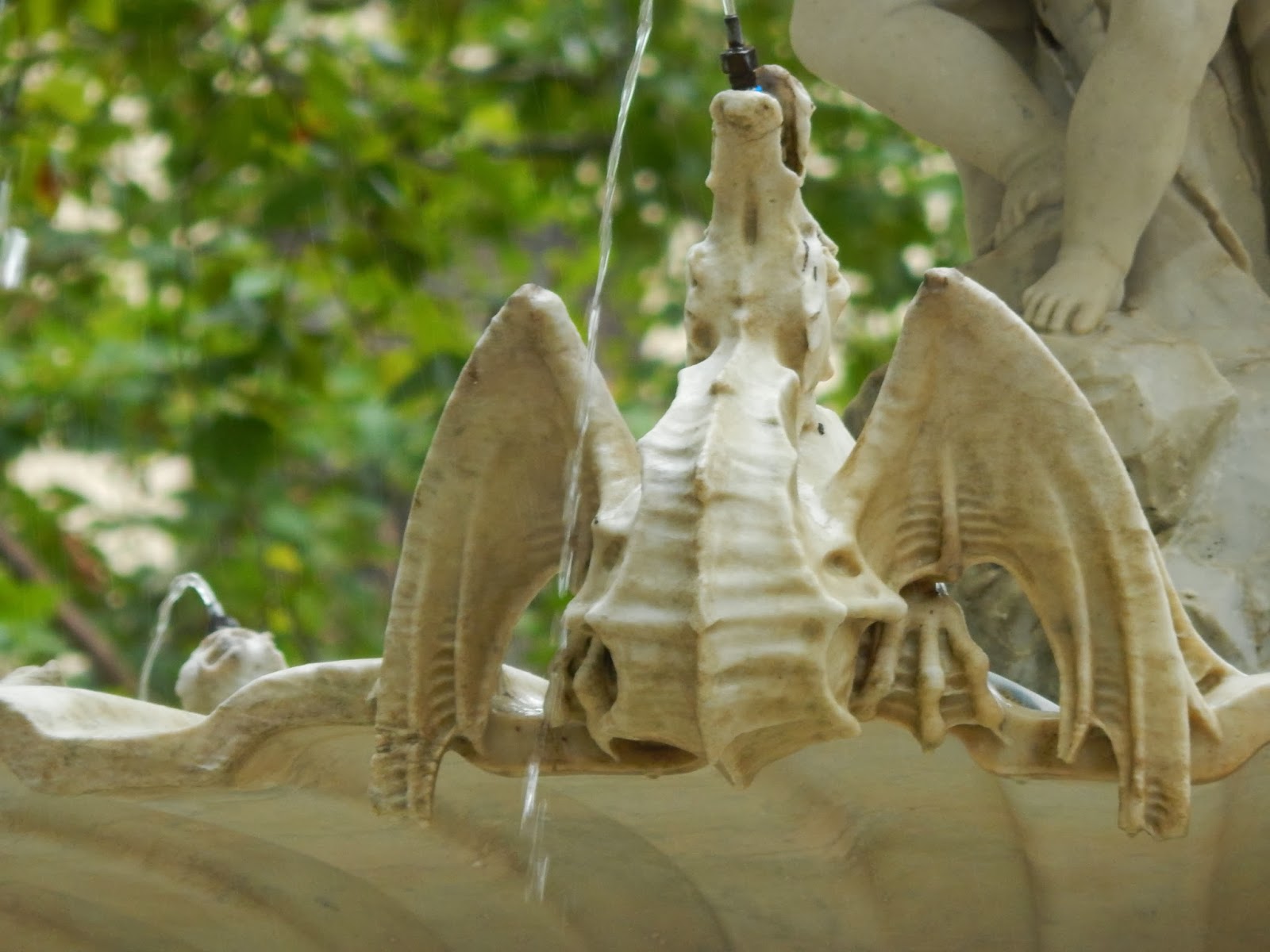 We arrived at the airport in time to see our rookie Canadians skate their long program. We were so dedicated that we were actually summoned over the loudspeaker to the gate because we were down at the other where the tvs were. Amazingly, the flight to Buenos Aires was so short that we arrived just in time to see our favourites midway through their program. We strained our necks to still be able to see the tvs from our gate this time, and boarded the plane last on our way to Ushuaia.