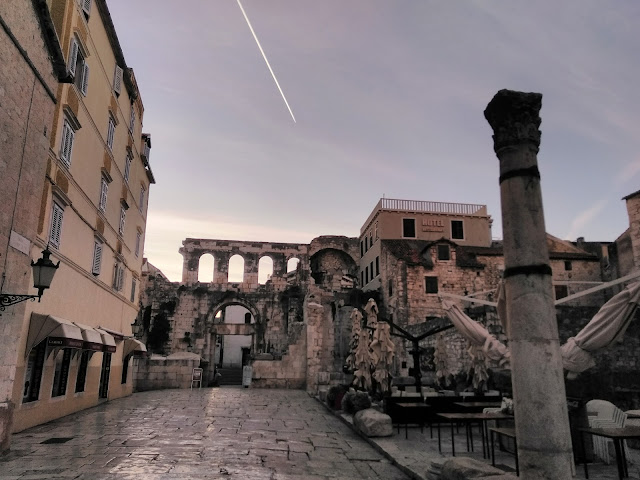 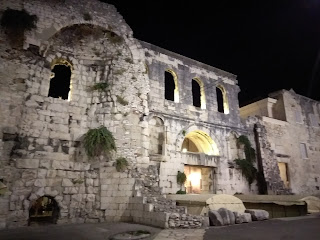 It was a two hour ferry ride from our island that brought us to Split. Experience had taught us that the front bench seats provided great views out the bow as well as enough space to rock an unwilling baby to sleep in her stroller. We arrived in port just after 8pm and were greeted by an enthusiastic and friendly guy our age more than willing to help us lug our belongings to his dad's apartment and give us a complimentary tour along the way. We were quite excited for this accommodation...we were staying IN the wall of the palace. How cool is that?!

We managed a quick transfer from stroller to crib with fairly little crying, then began sweeping up the many decorative flourishes in the flat that posed a significant risk to Baby (i.e. the piranha-like skull with many sharp teeth, sea urchin, heavy pottery from a shipwreck just within her reach, etc...You may have guessed that there was a nautical theme). 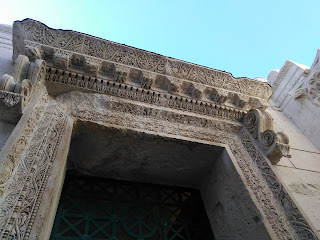 Split had a very different feel from Dubrovnik or Korcula. In both of our previous stops much of the beauty came from a cohesive aesthetic that transports you to a specific'ish time and place. Split is an ode to adaptability and change, as evidenced by our modern apartment built into a 1500 year old Roman wall.

Whether it is an ancient Roman mosaic poking out from under a restaurant's wall, or one facade that shows seven different periods in which it was partially rebuilt with different stones, something different is waiting around every corner. Split's old town, centered around Diocletian's palace, is also frequented by locals in addition to the many tourists. While this was a welcome change, the groups of young men pre-drinking in and around the poorly-lit empty alleys by our place was a different vibe than gelato slurping toddlers. We were once again glad that we were visiting in the off-season so the hordes had lessened. 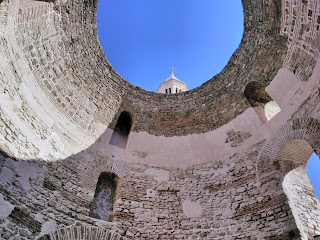 In our three days there, we hit up most of the main attractions. With rain threatening the short-term forecast, we took our first morning to climb up a big hill to Marjan park so we could achieve widespread views of the city and port. It felt so good to be in nature again after our long stint in Dubrovnik. We continued our workout by summiting the bell tower in the palace. The top was stunning but slightly nerve-racking with the high winds and open aired vestibule. Passing other visitors on the creaky staircase was definitely more than a little precarious. We visited a few temples and went in and out the four palace gates and mainly just enjoyed the architecture and atmosphere. Split has a lovely waterfront promenade, The Riva, for strolling, and there was, of course, gelato on offer. All in all, we enjoyed our time there but not quite as much as the warm and inviting streets of Dubrovnik that we'd left behind. 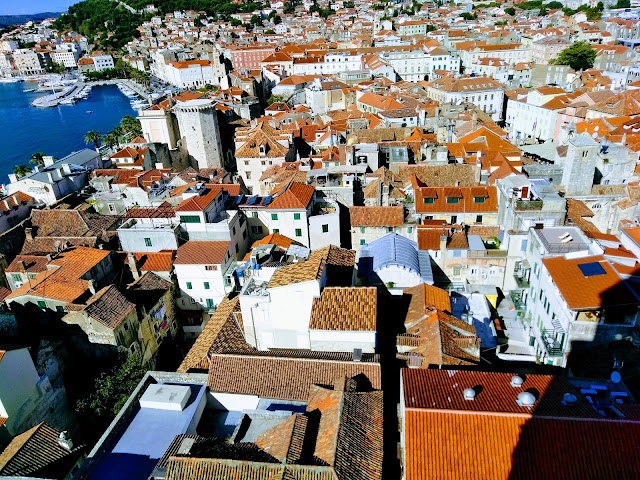 Email ThisBlogThis!Share to TwitterShare to FacebookShare to Pinterest
Labels: B. 03. Croatia