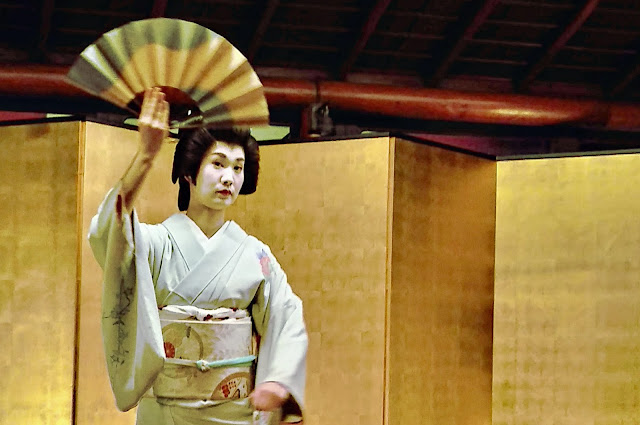 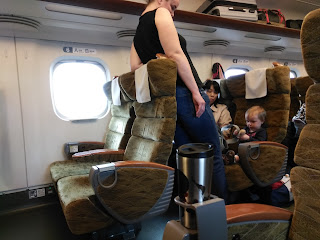 It was our smoothest travel day thus far to get from Hiroshima to Kanazawa. We were feeling like we had our travel legs under us, getting out the door quickly and packing our bags more efficiently. Adventure Baby had figured out the routine, too, being content to sit in the stroller as we walked to stations, waving at all the buses she saw. This trip has certainly brought out a love of trains and it couldn't have come at a better time. We had to sit on the platform for twenty minutes during our transfer and she was thrilled by every train that went by, calling out "Choo-Choo" for everyone to hear. Other passengers continued to be friendly and engaging. You can bet that if there's a dog (real or stuffed) within a 12 mile radius, our daughter will find it. The woman in the row behind us was very patient, allowing Baby to sit with her for a full half-hour, playing with her keychain, phone, and purse. 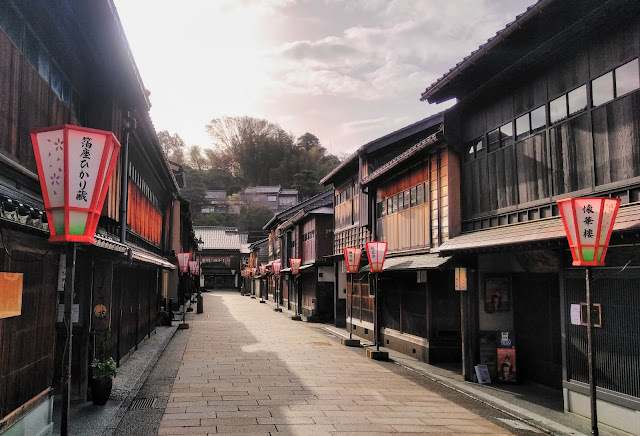 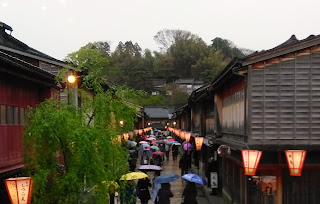 Kanazawa itself was much more our pace. The streets were smaller and the buildings more traditional. It was what we imagined Kyoto would be like. We had three days planned in Japan's wettest city and were extremely fortunate to end up missing nearly all of its rain. The travel gods were doing us a favour this trip with forecasts frequently turning up warmer and drier than predicted! (It still rained.)

A big draw for Kanazawa is its three still functioning teahouse districts. We were staying just up the road from the largest and oldest, and enjoyed morning, afternoon, and evening walks through the narrow crooked streets.

One of the teahouses opens itself up to the public (for a fee) in the evening in April to experience an evening with Geisha. There is much mystery around Geisha and it's an honour to be invited into a teahouse as a foreigner and without a guarantor. The event promoted a better understanding of Geisha, their training and practices, and is hoped to encourage and fund more women to become Geisha as it is a dying profession. We took turns on back-to-back nights. It was entertaining and informative, though given the steep price we would only recommend it to someone who is either interested in Geisha, traditional Japanese shamisen and drum music, or is good at drinking games.

Erin has little interest in seafood, but Craig took the opportunity to slink out at night to try some of Japan's best on offer. He was not disappointed, and was surprised when sea urchin and eel (something he has hated almost every other time he has had it) were his favourites of the "high-end" platter he ate.

Perhaps the best thing about Kanazawa was our accommodation. Compared to the tight apartments we'd had up to this point, our entire home set right next to a temple, was perfect for us. We finally have some space to unpack and for Baby to play safely. The kitchen was better equipped (though it still had only a one-element hot plate and no cutting knife). Good thing Craig's now-famous wagu soba needs little for its preparation! 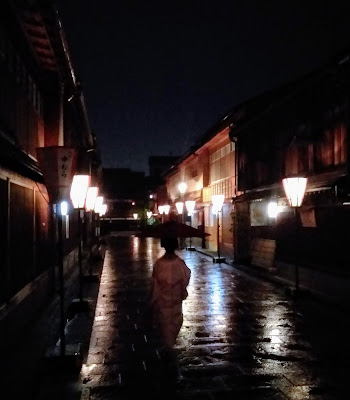