When we see Tokyo in western media, it is crammed subway cars, and massive crowds crossing streets. So we couldn't go to Tokyo without getting right in the middle of things! 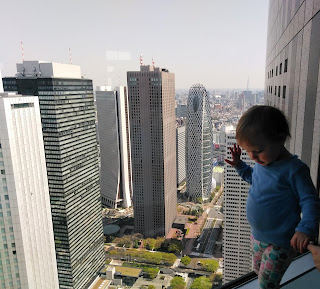 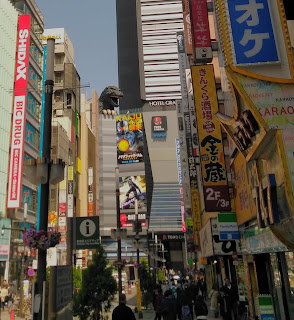 But before fully diving in, we decided to get the lay of the land by going to the Tokyo Metropolitan Government Buildings where it is free to take the elevator to the 45th floor observatory. Baby quickly took to the height and used it as an opportunity to point out cars below. We even got a peak at Mount Fuji through the smog (though we were both too busy with Baby to get a picture). From there we wandered the streets of Shinjuku a bit before heading home for lunch.

The next day we took it up a notch, and started off at the famous Shibuya Crossing intersection. It features heavily in our favourite Japanese reality TV show opening credits 'Terrace House: Boys and Girls in the City". Although it would have been fun to see it all lit up at night, it still satisfied our desire to be right in the thick of things. Baby handled this crowd well (she did great the second time too, but more on that later). 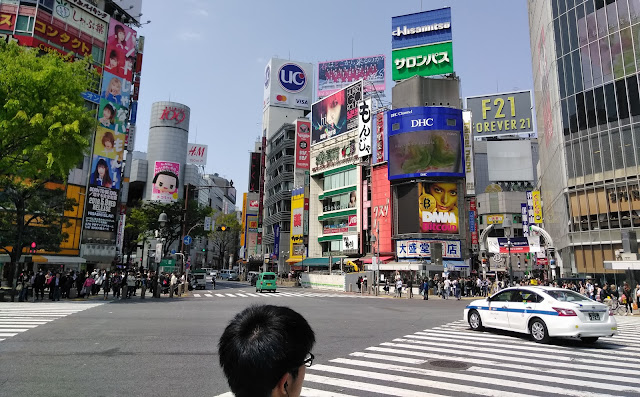 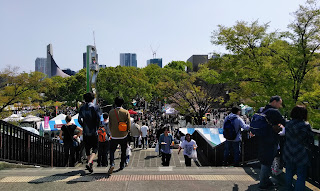 From there, we hiked through Shibuya to Yoyogi park where a festival was taking place unbeknownst to us. So we scrapped our lunch plans and joined in and got some local beer and food truck meals. After crossing into the park proper we got a sense of just how into cherry blossoms Japan is. The entire park was covered in blue tarps topped with merry picnickers.

Nearing the end of our day's journey, or so we thought, we lazily moved along with the masses towards our destination. Once in Harajuku, it seemed to thin a bit so we headed for the shopping street, a sight we were told was a must-see. 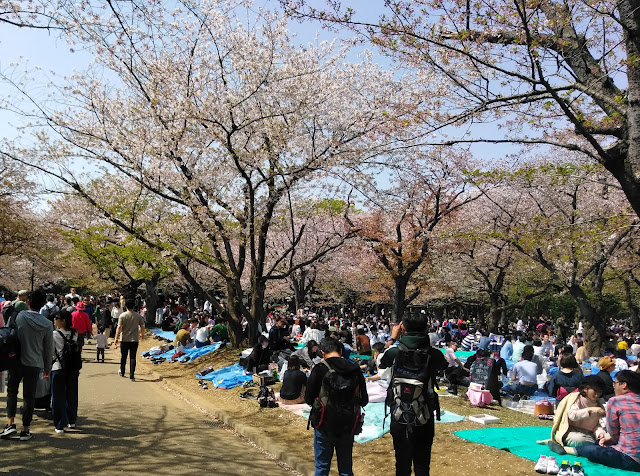 It was a crowd like no other, similar to the end of a Flames game but with absolutely no room to move. Everyone was rushing in place; it didn't seem like anyone, the overwhelming number of tourists included, wanted to be there. Add in a hot sun, a stroller, and people continually kicking said stroller, and Erin's maternal instincts took over. Anyone who tried to cut in front of us (and therefore got too close to Baby) had better expect a wheel to the ankle or an elbow in the back, (which was, of course, followed by a frustrated but polite "Sumimasen"). Baby, normally bothered by people getting too close, was the only one of us to keep their cool.

We somehow made it through the 500 metre thunderdome only to discover that those crowds we had fought through at the park and on the street were no normal crowds, as the entire sidewalk outside Harajuku station was lined with people trying to get in or out of the station. Without needing to discuss the matter, we turned and headed back to Shibuya, one subway stop (or 20 minute walk) over. The adrenaline from the situation got us through but travel fatigue, jet lag, and protective parental instincts had us feeling more than a little drained. 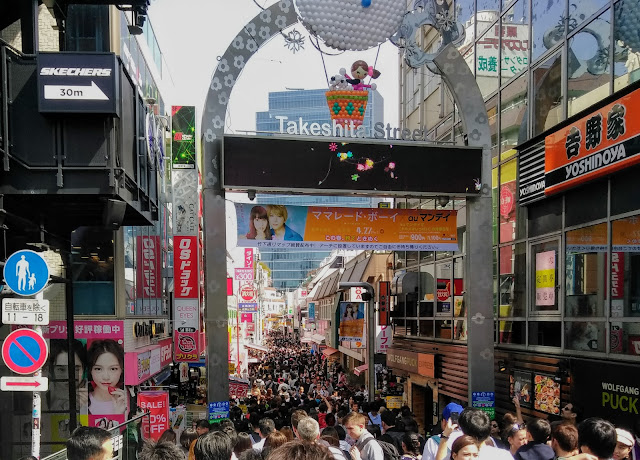 It was with great relief that we collapsed into seats on the subway car. We braced ourselves for the upcoming onslaught as we approached Harajuku station. But to our surprise, no one was allowed on the train as the platform was full of angry yelling passengers unable to move up the stairs due to the massive blockage we had seen on the street.

Being the types to normally avoid crowded places, we certainly achieved our goal of feeling right in the middle of things in Tokyo. It was time to ride a bullet out of here.
Posted by Craig & Erin at 5:00 PM