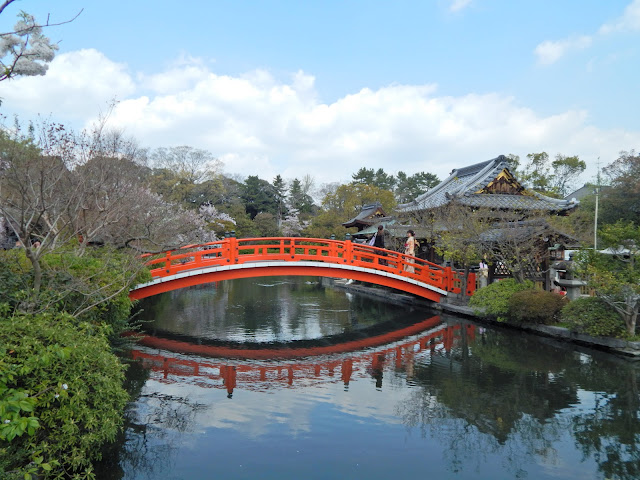 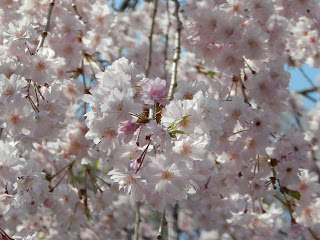 The creation of our trip began with Kyoto. It was the place we were each the most excited to visit, both from a nature and cultural perspective. We actually booked our accommodation back in September before we even booked our flights (or checked to see that Craig could get this time off work!). We were nervous that we had missed the cherry blossoms with Tokyo's starting to fall while we were there. But we soon learned that Kyoto plants many species of blossoms so that different parts of the city are in bloom for much of March and April. Our place was a block away from Nijojo castle and it was with great relief, as we trudged up to it laden with all our gear, that we could see a tree in full, glorious bloom at the corner of our street. 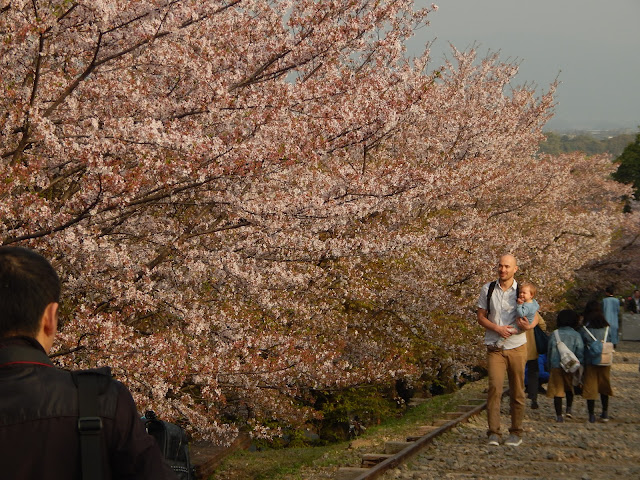 Our to-do list for Kyoto was so long that it took some prioritizing for our first day. Although we had budgeted six full days to wander the city, heavy rain was in the upcoming forecast so we wanted to hit the main cherry blossom spots before they were bombarded and potentially ruined. It should be no surprise to those who know us that we woke early and were on the subway headed to Tetsugako-no-michi (Philosopher's Path) before rush hour was even close to starting. We were far from alone in the early morning sun though, as many couples were out having professional photos taken along the old railway track at the Keage incline, including a few brides and grooms. We managed to steal a few shots in solitude with the gorgeous blooms. However we hadn't even planned on visiting the incline and after luxuriating under the trees for so long we did not reach the Philosopher's Path and instead turned back. 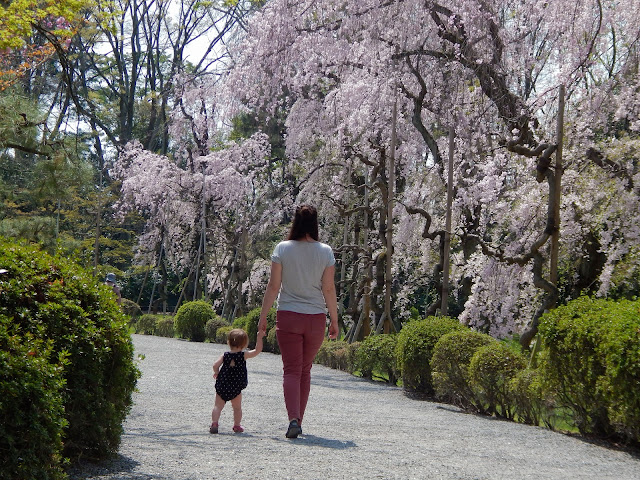 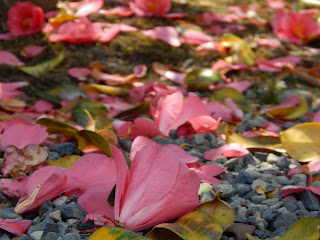 Trying to make the most of the beautiful day, we headed back out after Baby's first nap to tour the nearby castle. The grounds were stunning, as was the architecture, and Craig was able to speak to both from what he's learned from Japanese Style Originator on Netflix. The highlight was the sets of weeping cherry trees where we stopped to have a snack, and obligatory second photo shoot of the day. It was difficult to tear ourselves away from the gardens and is definitely worth a trip. 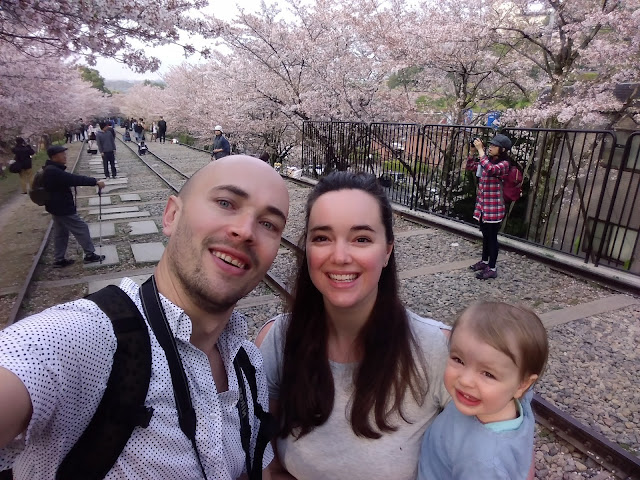 We capped off our first day in Kyoto by eating dinner out at a nearby soba restaurant. Our week ahead certainly looked promising!
Posted by Craig & Erin at 4:59 PM