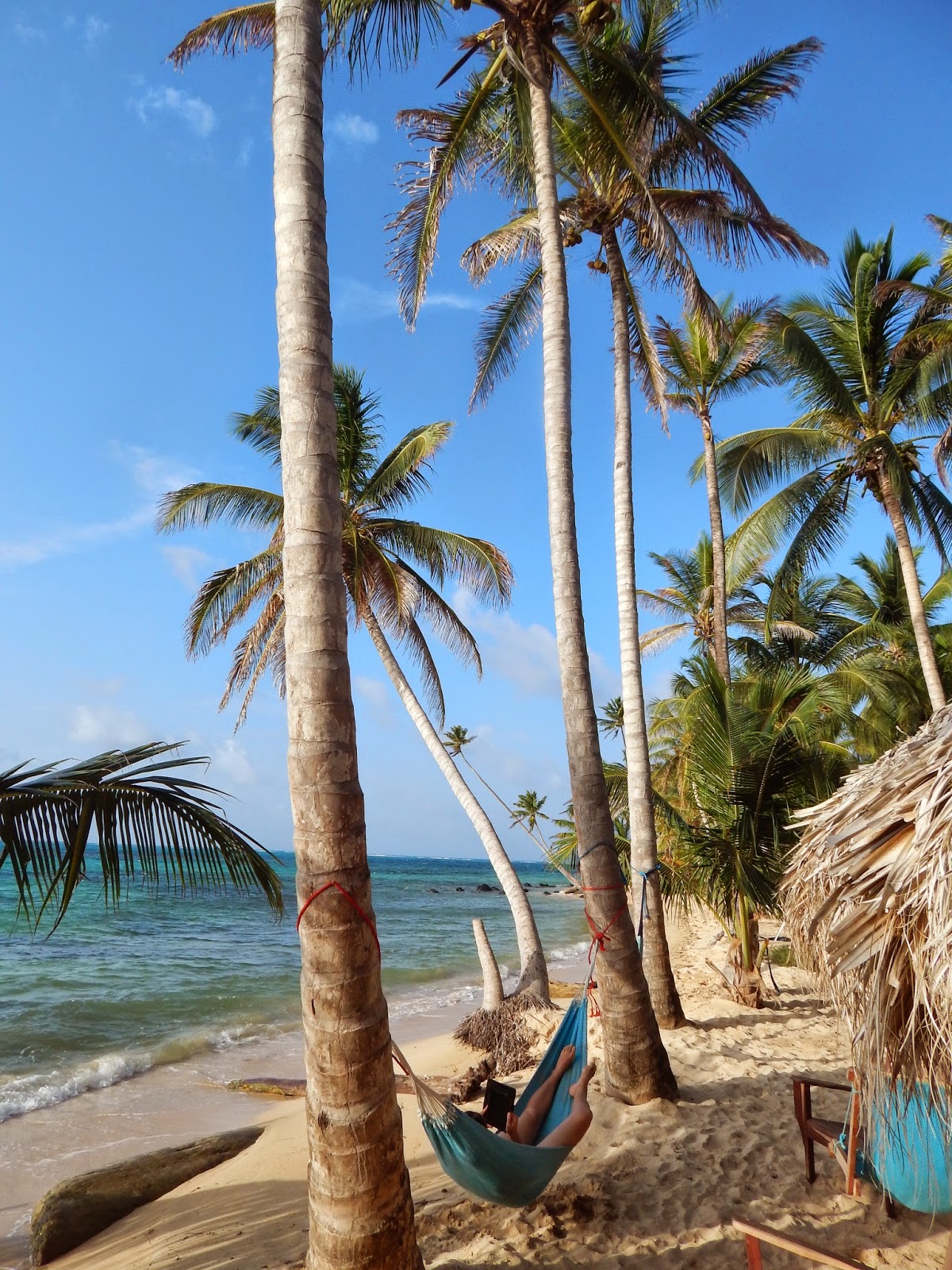 Little Corn Island has much more to do other than just lying on the beach or taking a casual swim. After a relaxing Day 300, we were ready to continue the adventure on number three hundred and one. We woke with the sun, grabbed our beach gear, and hit the road. After walking nearly the entire way around the island, to our favourite beach spot by the incredibly expensive Yemaya Resort.


This would be our second time snorkeling on the island, and really, Erin's second time snorkeling ever. She'd tried it a few times prior but never with much success. We'd since met many people who have the same problem she does, starting to hyperventilate when she tries breathing while looking underwater. Intent on conquering this obstacle, we'd rented gear our third day on Little Corn. We followed the 7-Step Program we'd developed and within no time, we were snorkeling together panic-free! If you also have trouble snorkeling, here are some tips:

Find a shallow, sandy area with calm water. It doesn't even matter if there are fish. The important thing is that the water is calm.

Leave the flippers behind to start. Make yourself feel as comfortable as possible by only changing one variable at a time.

Step 1: Use the mask without the Snorkel
First, get used to swimming under water with the goggles on. For Erin, this wasn't new, but if you're used to blowing out through your nose while you snorkel, you need to practice exhaling through your mouth.

Step 2: Practice breathing through the snorkel on land.
This might sound silly, but if you're a nose-breather, this takes some getting used to. Practice deep, calming breaths. 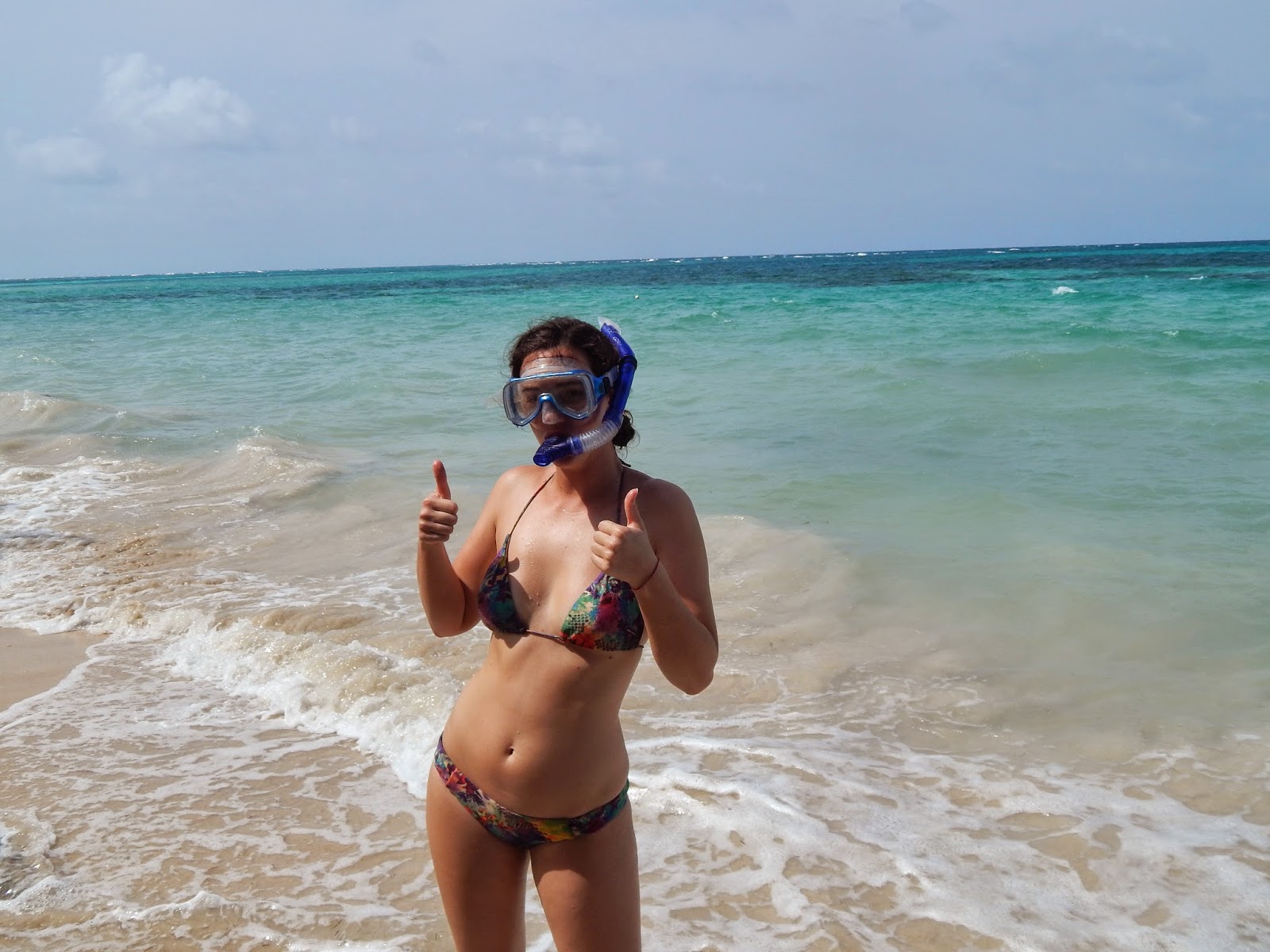 Step 3: Add the Snorkel
Just like in Step 1, take a deep breath above the water, then put your face in and breathe out. The brain has trouble breathing in while seeing that you're under water; it's clearly an illogical thing to do. So the panicky part will always be on the breath in. If you need to, lift your head up to breathe in, then look in the water to exhale. This is why it's helpful if you're in shallow water so you can easily stand up.

Step 4: Swim and Snorkel
When you're ready, breathe in and out with your face under the water. If this is still difficult for you, find something to focus on, like a fish or a shell, to distract your brain.

Step 6: Add flippers
Now that you're a breathing pro, add in the flippers. You'll have more speed and less flexibility. Get used to them before you move into choppier water.

Step 7: Find a Deep Reef
You're ready to move to a more interesting beach with things to see. Try to find reefs with extra depth so you can go vertical if you need to without damaging coral. The calmer the water, the better, until you're more comfortable.

With these relaxing conditions it took us less than half an hour to be on the other side of the island with a few waves and lots of stuff to see. We snorkeled at three different beaches and loved them all. The first, at the rocky outcropping, had tons of fish and a wall which we could snorkel along. We had not heeded our own advice here; the water was very shallow above the reef and this led to an exciting and scary moment when Craig discovered a stingray a few feet from us with a 1.5 m wide wingspan!

At the second beach, just on the north side of the rocky outcropping, Erin spotted a much smaller ray burrowed under the sand. The water was deeper and calmer here and quite enjoyable.

The third beach on Day One of snorkeling was in front of Yemaya resort. The water here was especially blue. We swam over a reef with bigger fish and found ourselves in deeper water. Hoping to see a turtle, we pressed onwards. Erin was enjoying watching some fish when Craig, who had ventured further, swam up to her quickly. She could tell something was up. "OK," he said excitedly, "Do you want to see a shark? "

Feeling adventurous, she agreed, and he led her back to where he'd been. It was the first time she'd seen a shark in the wild and Erin was super proud of herself for doing it intentionally! The nurse shark was ~8 feet long, and resting under a rock. Craig had almost swam into the shadowy figure as the water had gotten shallow by that point before spotting it. 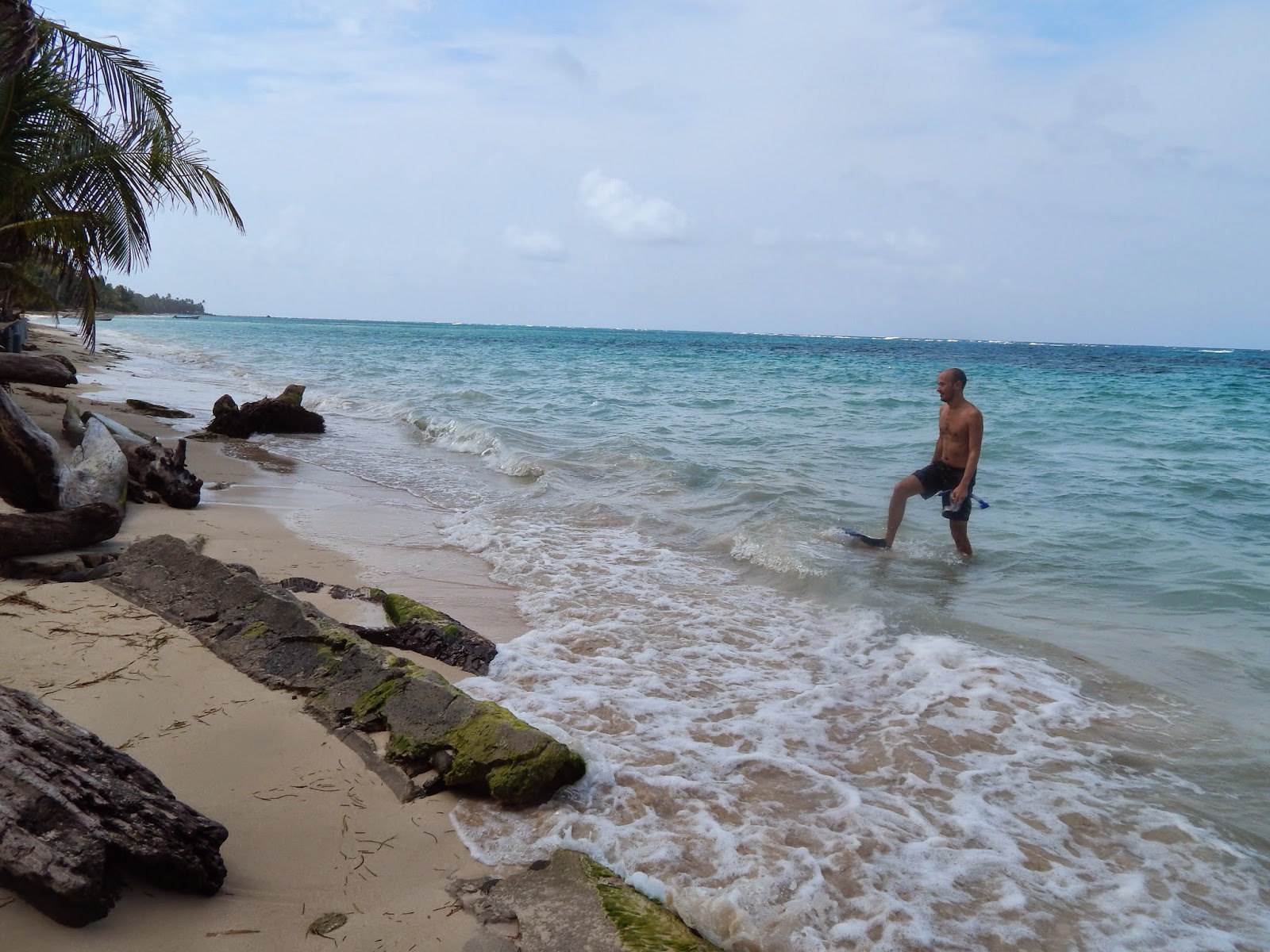 So after such a successful first day in fins, we were excited for a second day out. Unfortunately, it had rained heavily the night before so it was cloudier and the waves had picked up strength. We tired quickly and were disappointed that the nurse shark was not in its hiding spot. After swims at a few different beaches, the highlights of the day did not surpass a massive bright orange starfish, and some large parrotfish.